Now and Then Episode 4 Recap and Ending, Explained 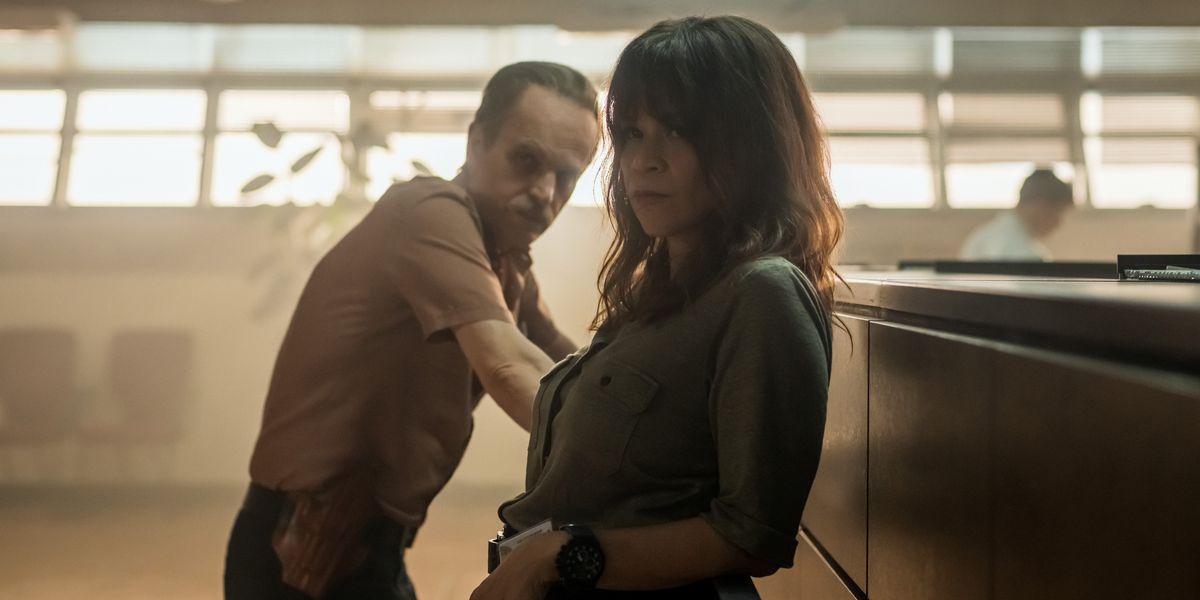 ‘Now & Then’ episode 4 continues its enthralling narrative by twisting the characters’ motivations and painting the events of that fateful night in 2000 in a new light. The fourth episode, titled ‘Crossing the Line,’ follows Detective Flora as she pieces together the group’s connection to Dani’s death.

Meanwhile, Pedro faces a new challenge in his political career while Marcos is forced to take some desperate steps against his father. Just as Flora and viewers get a sense of the criminal conspiracy surrounding Dani’s death, a shocking twist shakes up the narrative. If you wish to catch up on the episode’s events and ending, here is everything you need to know about ‘Now & Then’ episode 4! SPOILERS AHEAD!

Episode 4, titled ‘Crossing the Line,’ opens with Detective Flora keeping tabs on Marcos and Pedro’s home. However, there is no suspicious activity outside the houses, leaving Flora disheartened. She pushes for getting a warrant from the court to wiretap Marcos’ house. In a flashback to 2000, Flora meets Sullivan and informs him that she has tracked down the cab driver who drove the group of friends on the night of Alejandro’s death. The driver reveals that he did not report the ride to his company to save the commission and earn little extra money. He agrees to identify the people he drove home. 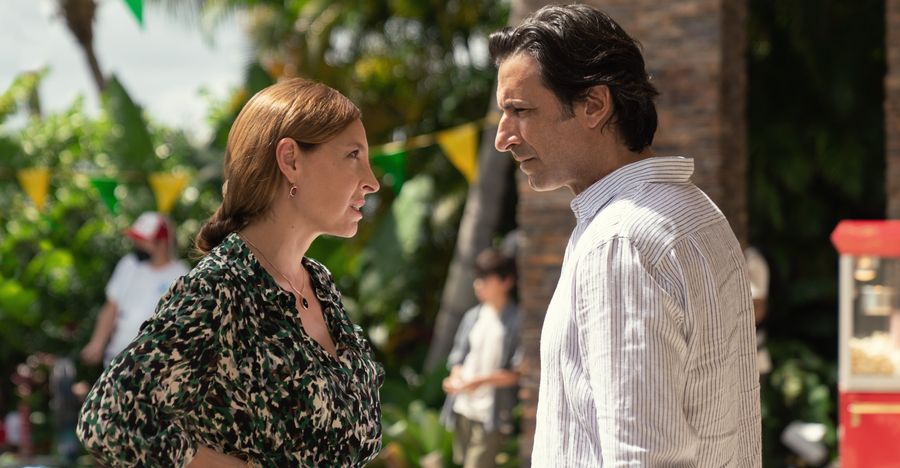 At Marcos’ home, he notices that Sofia is in contact with Dani’s son, Hugo. Marcos confronts Sofia, but she highlights his lack of trust in her and diverts the questions. Meanwhile, Pedro faces a stern challenge after a video of him rummaging through a pile of trash goes viral on the internet. Pedro’s PR team decides to use dirt on Pedro’s opposition to salvage their chances of winning the upcoming mayoral elections. Elsewhere, Flora learns that her demand for a warrant has been turned down by the court. Thus, she is forced to find another way to tap Marcos.

Ana throws a party for her son, Luis’ birthday. At the party, she realizes that Pedro stole the money from Rodrigo and later lost it. Meanwhile, Flora speaks with Marcos’ fiancé, Isabel, and plants the suspicion in her mind that Marcos might be a murderer. As a result, Isabel agrees to cooperate with Flora and allows the detective to wiretap her house.

Marcos, Sofia, and Isabel attend a dinner with Marcos’ father, Arturo, while Flora’s team bugs the apartment. During the dinner, Arturo insults Sofia by offering her money to leave Marcos’ life. The situation escalates after Marcos argues with his father leading to Arturo planning to sell Marcos’ clinic. In the end, Flora tells Marcos that he is no longer a suspect in Dani’s murder. However, she quietly listens to Marcos’ conversation with his friends.

Towards the episode’s end, viewers learn a shocking truth about the night of Alejandro’s death. It is revealed that Jessica, the woman with whom the group’s car collided, did not die on impact. The piece of metal in her throat did not kill, and someone pushed it further to kill the woman. While we do not see the killer’s face, it is evident that the person is one of the five friends who survived the car crash. While viewers soak in the implications of this revelation, another shocking moment awaits them. 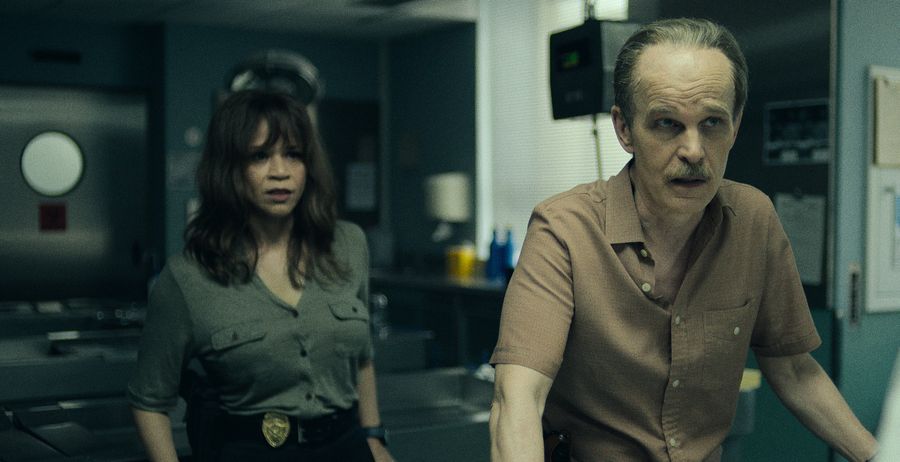 In the episode’s closing moments, Flora listens to the voice recordings from Marcos’ house. Just then, she receives a call from Hugo. Hugo is in severe distress and is having a panic attack. Flora tries to console Hugo, but the young man is beyond reasoning. As Hugo drives recklessly on a highway, Flora tries to calm him down. The experienced detective attempts to get Hugo’s location. However, before he can answer Flora, Hugo loses control of his truck. The vehicle spirals out of control and crashes into the median strip. The impact severely damages Hugo’s car. While we do not see Hugo’s body, the devastation of the accident is enough to confirm that Hugo is dead.

Hugo’s death will certainly have major implications on the show’s narrative moving forward. Hugo was Dani’s son and has quietly kept the $1 million she had blackmailed from her friends. Moreover, it is hinted that Hugo might have killed his mother. Hugo’s distressed call to Flora seemingly confirms that Hugo was guilt-ridden after his actions. Hence, it is likely that Hugo’s guilt caused his death. However, it is also possible that, like Dani, Hugo was also a pawn in a larger scheme, and the real mastermind is still at large.