Our Flag Means Death Episode 7 and 8 Recap and Ending, Explained 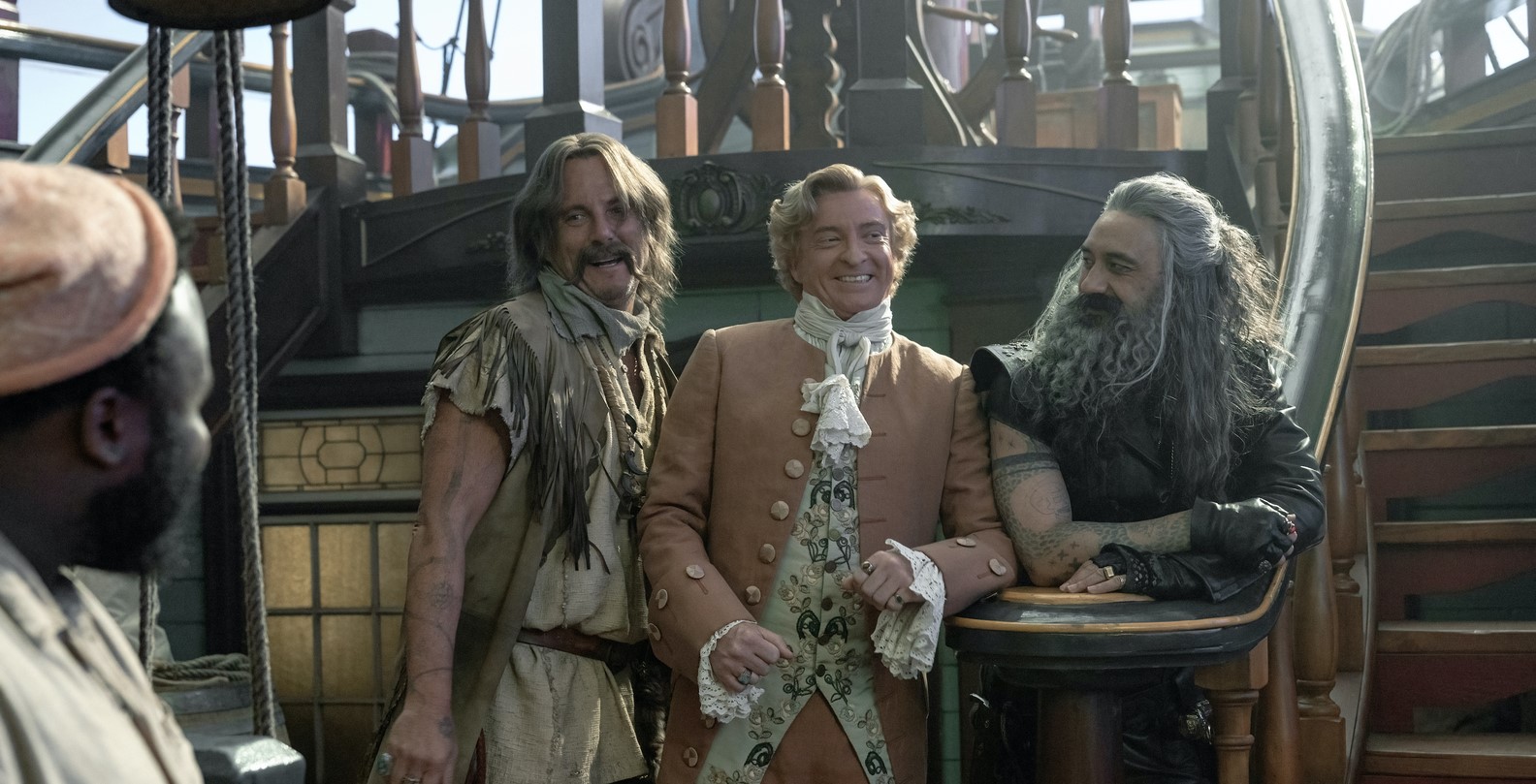 While ‘Our Flag Means Death’ isn’t an episodic series, each episode has a distinctive beginning, middle, and end. In episode 7, titled ‘This Is Happening,’ the crew visits St. Augustine in search of oranges, Stede (Rhys Darby) goes on a treasure hunt with Blackbeard (Taika Waititi) and Lucius (Nathan Foad), and Jim reluctantly visits her grandmother.

In episode 8, titled ‘We Gull Way Back,’ an old friend of Blackbeard’s shows up, making Stede jealous. Spanish Jackie (Leslie Jones) conspires with Chauncey Badminton (Rory Kinnear) and Izzy Hands (Con O’Neill), while Jim pursues vengeance. Here is everything you need to know about the ending of ‘Our Flag Means Death’ episode 8. SPOILERS AHEAD.

The Swede (Nat Faxon) has scurvy, and the crew of the Revenge is running dangerously low on the supply of oranges, primarily due to the decadent lifestyle that Stede likes to lead. He tries to find oranges at a settlement but fails to do so because of blight. He ends up coming back to the ship with a treasure map that he purchased from a random person for an excessive amount of money.

Jim is highly reluctant to visit St. Augustine. The reason is revealed later. Much to her dismay, the crew ends up trying to steal from her family’s property. Her grandmother comes out, and it turns out that Jim has learned everything she knows from her grandmother. The latter demands to know whether Jim has killed all the men that attacked their home.

A flashback scene reveals that Jim’s father was killed by Alfeo de La Vaca, one of Jackie’s husbands. He was indeed killed by Jim. However, realizing that Jim hasn’t actively sought out the others in the group, Jim’s grandmother expresses disappointment, eventually prompting Jim to stay back and finish her pursuit of vengeance. Meanwhile, Stede’s search for treasure leads him and the others to the property of Jim’s family.

In episode 8, Buttons moon-bathes nude when a stranger shows up. He is revealed to be Calico Jack (Will Arnett), a close friend of Blackbeard. Their relationship makes Stede jealous. In the Republic of Pirates, Jim visits Jackie for information on other members of de La Vaca’s group.

Yes, Calico Jack is dead. He is based on the real-life pirate of the same nickname (actual name John Rackham) during the Golden Age of Piracy. Jack’s appearance seems to create a rift between Stede and Blackbeard. The series doesn’t shy away from making same-sex innuendos. Instead, it proudly embraces them, with Jack implying to Stede that he and Blackbeard shared sexual experiences. After Jack ends up killing Button’s seagull friend Karl, Stede ejects him off the ship. Blackbeard, believing that he doesn’t belong on the Revenge and with Stede, decides to go along with Jack.

However, Blackbeard soon learns that Izzy has made a deal with the English and Jackie. He has sent Jack to ensure that Blackbeard gets off the ship safely before the English attack the Revenge. Chauncey is after Stede for his brother’s death. He doesn’t seem to be bothered about who Blackbeard is, at least not this moment. However, Blackbeard decides to go back, having genuinely grown fond of Stede and his crew. Jack is subsequently killed after being hit by a warning cannon fire.

Yes, Geraldo (Fred Armisen) is dead. Geraldo is one of Jackie’s husbands. We first meet him when the crew of the Revenge visits the Republic of Pirates. Later, Geraldo hands them to the Spanish Navy. Stede and the others would have died there if it weren’t for the timely intervention by Blackbeard. In episode 8, Jim takes Geraldo hostage, hoping to compel Jackie to divulge information on Alfeo de La Vaca’s group.

However, Jackie simply shoots Geraldo, killing him. The two women eventually come to an understanding, and Jackie tells Jim that Geraldo was the last surviving member of de La Vaca’s group. With him dead, Jim can now return to the Revenge. She is probably the only lifeline that the Revenge’s crew has of survival.

Why Does the Revenge’s Crew Hoist a White Flag?

Even during the golden age of piracy, the white flag was widely recognized as a symbol denoting the desire for surrender, parley, or peace. When the English start to fire at the Revenge, Stede panics and orders his men to fire back. All crew members seem extremely reluctant as they know that they will not survive a battle with the Royal Navy. Fortunately, Blackbeard returns and instructs the crew to hoist a white flag. This tells Chauncey that the pirates are willing to surrender. The Royal Navy subsequently takes control of the Revenge and arrests everyone on board.