Is Our Flag Means Death’s Chauncey Badminton Based on a Real Admiral of the Royal Navy of England? 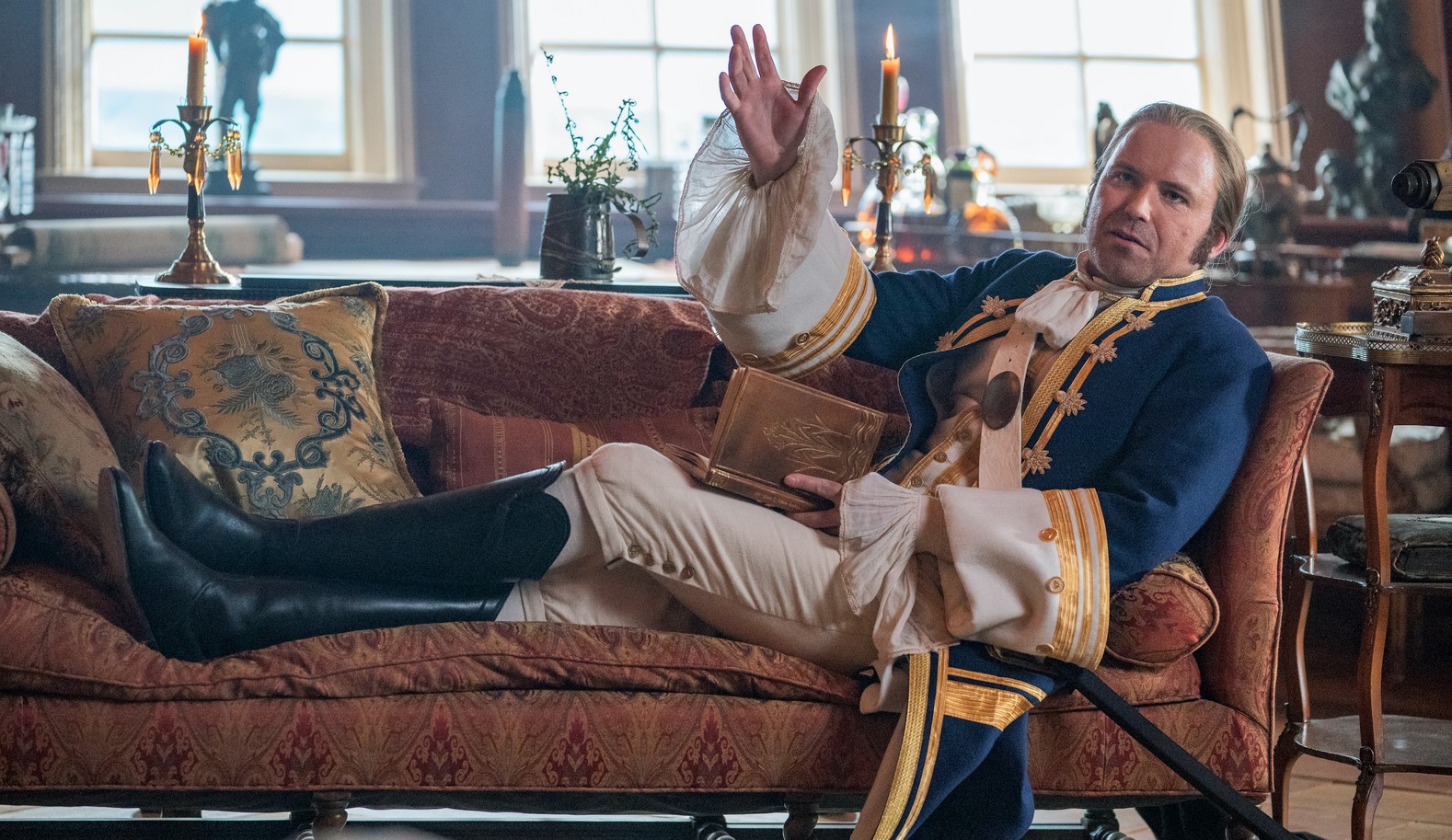 Historical comedies have existed before ‘Our Flag Means Death.’ But the most fascinating thing about this show is that its creators don’t need to invent scenarios to bring out the comedy element. The life of its protagonist, Stede Bonnet, is colorful enough by itself for that. He also has this remarkable group of supporting characters around him that are both over the top and entertaining. In episode 5, titled ‘The Best Revenge Is Dressing Well,’ a new character is introduced in Admiral Chauncey Badminton of the Royal Navy of England. Here is everything you need to know about him.

Who Is Chauncey Badminton in Our Flag Means Death?

Chauncey Badminton is the twin brother of Captain Nigel Badminton. Both are portrayed in the show by Rory Kinnear. Toward the end of episode 5, the narrative suddenly shifts to the court of King George (most likely George I) in England. Chauncey shows the bloody cat flag that Frenchie sewed to his king, informing the latter about the death of his twin brother. The king is surprised by the idea that Chauncey and Nigel are twins as Nigel has a headful of hair. After snorting some opium, he places the British Navy at the Admiral’s disposal, virtually making him one of the most powerful men in the world as he goes hunting for the Revenge and its crew.

Nigel’s death in the first episode earns Stede some respect from his crew, even though it happened entirely by accident. Now we know that it sets up the conflict between Chauncey and Stede. Nigel was Stede’s childhood bully. Although they both have grown up, those dynamics seem to have remained the same. Nigel’s death is as much his own fault as it is of the circumstances. In contrast, Chauncey seems quieter and more competent, even though he has some insecurity about his receding hairline. He will probably serve as one of the antagonists for Stede and Blackbeard in the inaugural season of ‘Our Flag Means Death.’

Is Chauncey Badminton Based on a Real Admiral of the Royal Navy of England?

No, Chauncey Badminton is not based on a real admiral of the Royal Navy of England. However, the threat he poses to Stede is inspired by real life. During the Golden Age of Piracy, the British Empire wasn’t on the zenith of its power and influence, but it was well on its way. England gradually emerged as the most prominent of all the colonial powers in Europe, with France being its biggest competitor. In the Caribbeans, like the rest of the European governments, the English had to deal with the pirate problem.

Ultimately, England would prevail in its struggle against Caribbean pirates. They would take back the New Providence island, where the Republic of Pirates was established. Blackbeard was killed in a battle against British Lieutenant Robert Maynard and his sailors in Ocracoke, Province of North Carolina, on November 22, 1718. As for Stede, he was hanged for crimes in Charles Town (now Charleston), South Carolina, on December 10, 1718.

Read More: Is Our Flag Means Death’s Mary Bonnet Based on a Real Person?