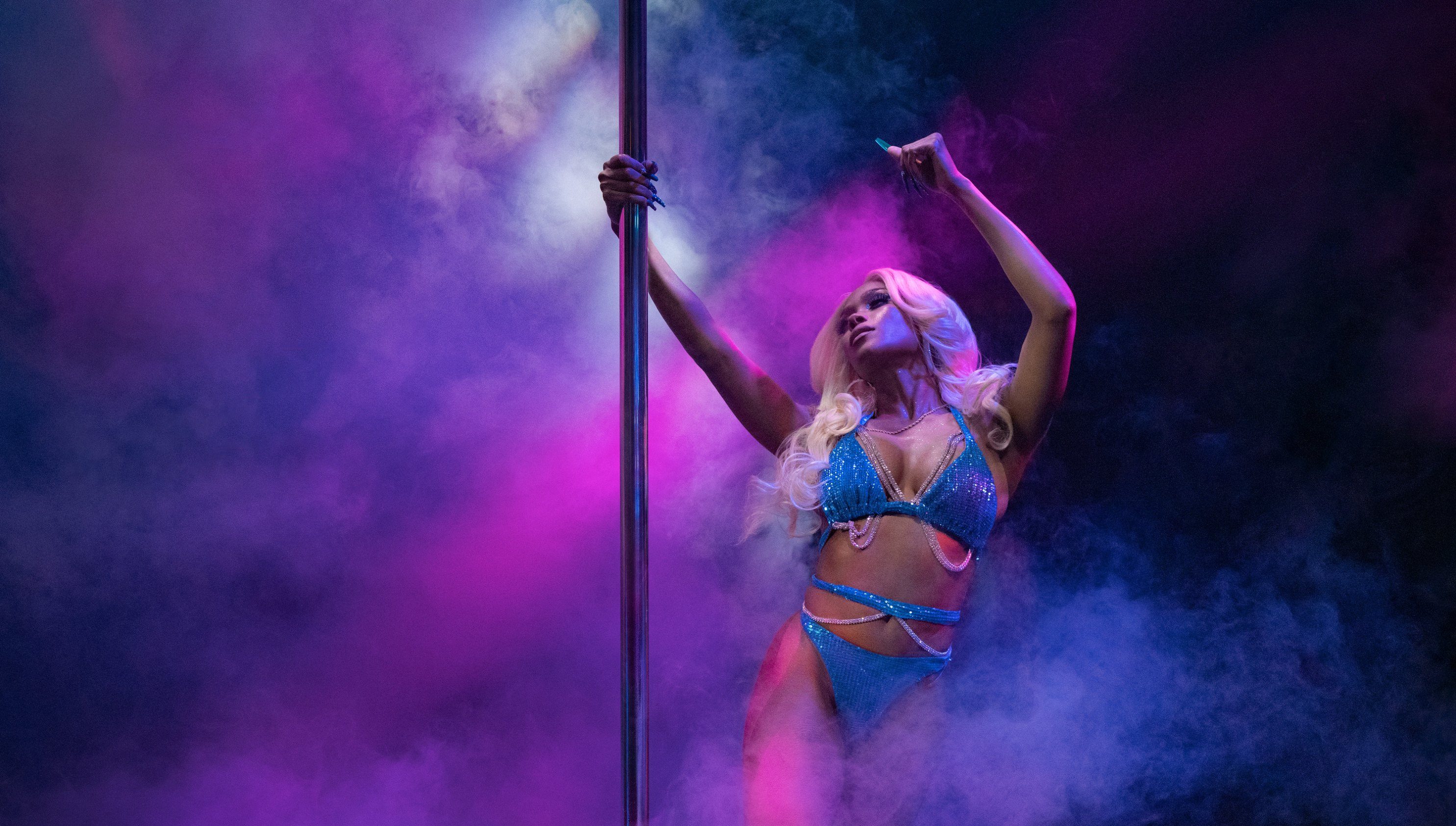 The fifth episode of Starz’s drama series ‘P-Valley’ season 2, titled ‘White Knights,’ follows the past of Keyshawn AKA Miss Mississippi and Derrick, depicting their first encounter, eventual union, and the start of their troubled relationship. In the present time, Keyshawn’s career as a dancer reaches new heights, only to get affected by an unexpected incident. Lil Murda and Big Teak’s intricate relationship faces a threat. The episode ends with startling developments that affect several lives, including Keyshawn and her manager Rome. If you are up for a magnified look at the same, let us be your ally! SPOILERS AHEAD.

‘White Knights’ begins with Rome informing Keyshawn about extending the Dirty Dozen tour. He asks her to be more ambitious so that she can earn enough money to leave her abusive boyfriend Derrick. In flashback scenes, Keyshawn met Derrick while she was in high school. When her step-sisters and step-mother made her life miserable, Derrick brought hope and joy to her life. Astounding her family, she started to date him and they eventually got together. In the present time, Keyshawn performs pole dancing in front of “The Puerto Rican Princess” Joseline. The latter gives her card to Keyshawn upon getting impressed by her performance. 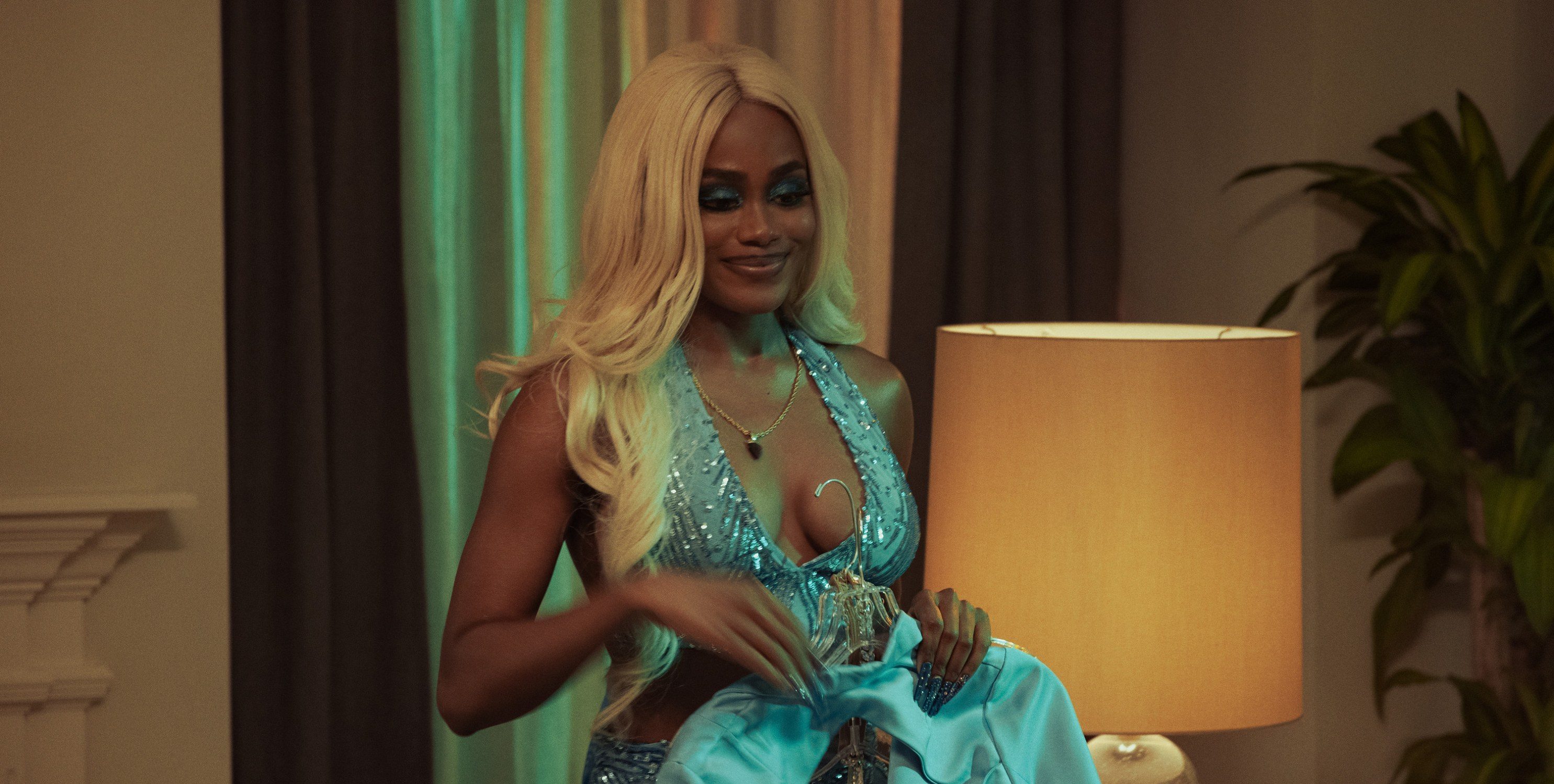 In flashback scenes, Keyshawn got pregnant with Derrick’s baby. Her father James helped her financially to set up a home. However, Derrick started to become abusive toward her. With no other option in front of her, Keyshawn went back to her home, only for her stepmother to dismiss her. In the present time, Rome introduces an endorsement for Keyshawn for more money. When she considers the same, he approaches her for sex. Keyshawn dismisses Rome but the latter tries to force himself on her. She also learns that Rome has a video clip of Lil Murda and Big Teak having sex. Keyshawn returns home without completing the tour as well.

P-Valley Season 2 Episode 5 Ending: Is Rome Dead or Alive? Why Does Woddy Poison Him?

When Rome forces himself on Keyshawn, she escapes from him and runs to Woddy to tell him that Rome had tried to rape her. She also reveals to Woddy that Rome has Lil Murda and Big Teak’s video clip. Woddy meets Rome with poison and gives the same to him saying that it is cocaine. Rome, being suspicious, asks Woddy to try it first. He tries the drug which was already there and Rome tries the poisonous powder Woddy gave him without realizing that his friend didn’t inhale the same. It doesn’t take long for Rome to spit out blood and fall.

Even though the episode doesn’t confirm whether Rome is dead, it is unlikely that he will survive the poison. Woddy stays with him until the poison reaches his system, nearly killing him. He only leaves the room when he assures himself that Rome will die soon. Although Rome’s guests see him nearly dead on the floor and shout for an ambulance, he is likely beyond saving with the help of medical intervention. By the time an ambulance arrives, he will most likely die. Woddy is confident that he had done enough to take Rome’s life and the confidence does indicate that Keyshawn’s manager will likely die.

Woddy poisons Rome to protect Lil Murda. Upon knowing about the video clip, Woddy realizes that it can end the music career of Lil Murda. As someone who knows Rome and his nature, Woddy knows that he will use the video against Lil Murda, likely for financial advantages. If the rapper’s career gets jeopardized, it will also affect Woddy’s career as his manager. After establishing the rapper and himself in the music scene, Woddy doesn’t want Rome to mess with their careers, leading him to poison Rome. Along with the professional aspect, Lil Murda and Big Teak are Woddy’s close friends, which makes the predicament a personal affair for him.

Woddy has always tried to protect Lil Murda from the homophobia around them. When the rapper nurtures a relationship with Uncle Clifford, he reminds Lil Murda about the need of keeping it under wraps for the sake of his career. Woddy must have thought that the homophobia present in general and the music scene will affect Lil Murda’s life and career if his intimacy with Big Teak becomes public knowledge.

Do Keyshawn and Derrick Break Up?

After putting an end to her tour, Keyshawn returns home to Derrick and their two children. She notices that her elder child is suffering from pain. She takes him to a doctor, who confirms that the child’s hand is dislocated. While inspecting the child, the nurse finds a big mark on his backside, caused by a hit or a blow. Keyshawn realizes that Derrick had started to hit their three-year-old son. She rushes back to their home and lets Derrick knows that she is leaving him with their children. As a mother, Keyshawn reaches her limit. 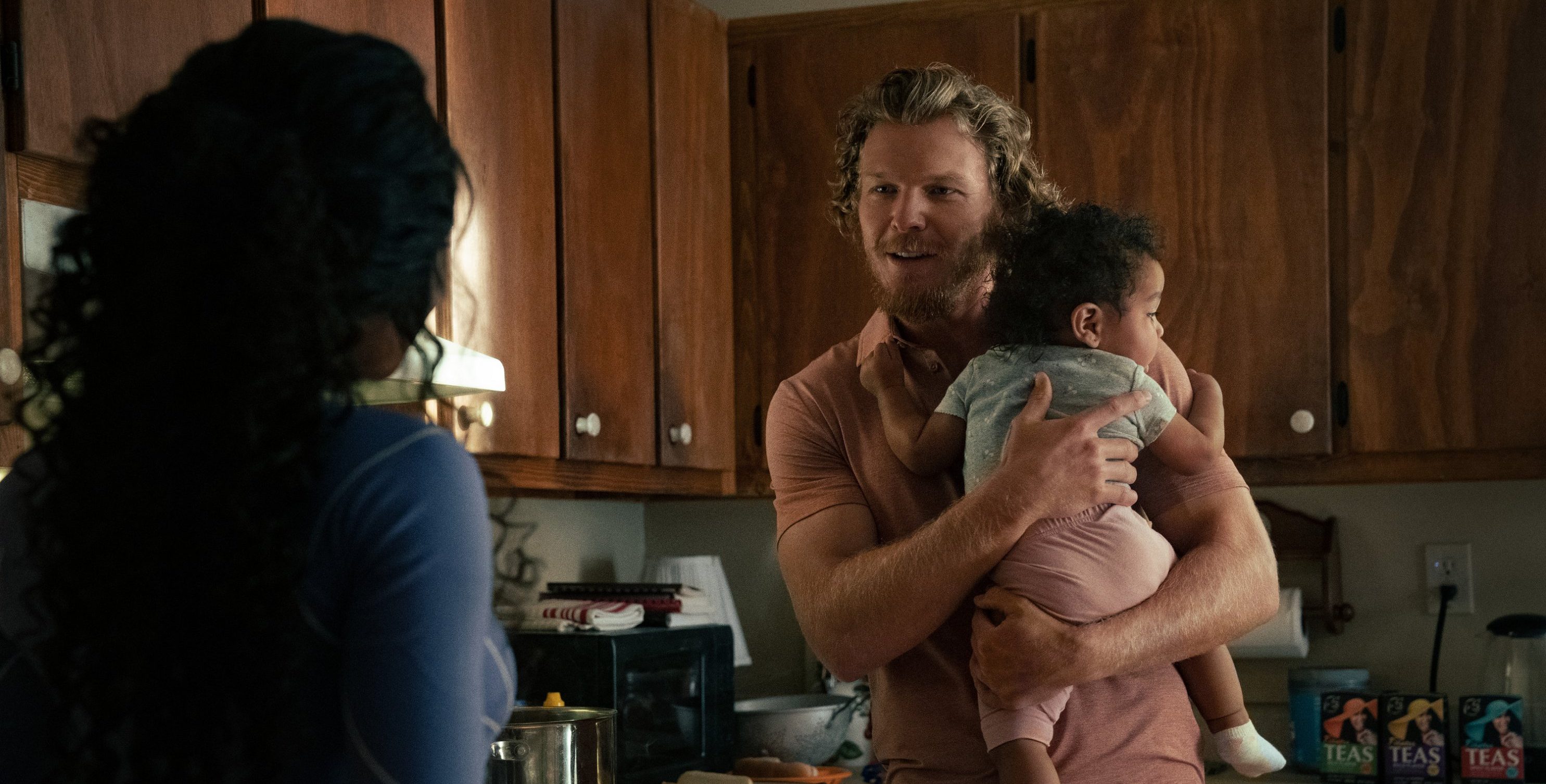 However, leaving Derrick is easier said than done. When she tells him that she is abandoning him, Derrick becomes violent and starts to hit her. He even grabs a hot iron box and scares his girlfriend by attempting to place it in her face. A helpless Keyshawn can only beg him to place it anywhere else in her body but the face. She knows that as a stripper, she is as good as her face and presentation. She can put a veil anywhere else on her body but she cannot hide her face if she wants to make money.

It is unlikely that Keyshawn will leave Derrick right after knowing what he will do. She may not want to provoke him again, especially when he can affect her work. Keyshawn is in a position where she wants to make money to protect herself and her kids. Without a manager, moving forward with her career may turn out to be hard and she may not want to provoke Derrick by leaving him right away.

Read More: Who Will Win the Mayor Election in P-Valley: Wayne, Patrice, or Andre? Theories