The seventh episode of Starz’s drama series ‘P-Valley’ season 2, titled ‘Jackson,’ follows Mercedes Woodbine and her daughter Terricka, as they go to Jackson from Chucalissa for the latter to consult a gynecologist. Lil Murda tries his best to cope with the death of his companion Big Teak. He spends his days taking care of Ernestine, Uncle Clifford‘s grandmother. The rapper’s relationship with Clifford takes an unforeseen turn as they reunite to support each other in hard times. Hailey Colton AKA Autumn Night meets Keyshawn AKA Miss Mississippi concerning Derrick and the future of Keyshawn’s relationship with him. Intrigued by the eventful ending of the episode, we have decoded the nuances of the same. Let us share our thoughts! SPOILERS AHEAD.

‘Jackson’ begins with Uncle Clifford reminiscing about the days Ernestine used to perform at The Pynk. Hailey talks to Clifford about The Promised Land’s $5 million offer for the strip club. Clifford makes it clear she cannot see the club getting sold but Hailey insists that she cannot forget her ambitions just because of Clifford’s emotional connection with the establishment. Hailey also adds that she will not sell the club for $5 million as she eyes more money for the same. Lil Murda takes care of Ernestine, who suffers due to coronavirus disease. He also cooks for her as her company helps him cope with the absence of Big Teak.

Mercedes and Terricka drive to a clinic in Jackson. The mother tells her daughter that she needs to decide between keeping or aborting the baby. As someone who was forced to keep her baby when she was pregnant, Mercedes doesn’t want the same to happen to her daughter. She makes sure that Terricka has the freedom to choose between keeping and aborting the baby after consulting with a doctor. Ernestine’s disease gets severe as she becomes delirious. She runs away from her house to a nearby river, dreaming of her dead daughter. Clifford and Lil Murda call an ambulance for her.

P-Valley Season 2 Episode 7 Ending: Will Keyshawn Kill Derrick? Why Does Hailey Ask Keyshawn to Call Her?

Ever since the start of Keyshawn and Derrick’s relationship, the latter has been an abusive boyfriend. Keyshawn suffers his assaults for the sake of their children but her patience hits its limit when she finds out that Derrick is harming their children as well. She decides to kill Derrick with a gun Hailey has given her. However, she fails to muster up the courage to do the same. Thus, Hailey intervenes again to help her. She gives Keyshawn a secret phone so that the latter can call her in case of an emergency and most importantly if she wants Derrick dead in some other way.

Hailey wants to help Keyshawn because she sees herself in the latter. As someone who has survived an abusive boyfriend, Hailey knows how difficult and unbearable life must be for her former colleague. Hailey still regrets that she couldn’t save her child and she doesn’t want Keyshawn to live a life regretting the same. The new owner of The Pynk helps Keyshawn so that the latter’s children will be safe from Derrick. She must be considering helping Keyshawn’s two children as a way to redemption after failing to protect her own child. Before giving Keyshawn the secret phone, Hailey even talks about how the former shouldn’t wait to protect her children as she had waited.

Hailey’s intervention is expected to convince Keyshawn that killing Derrick is inevitable. The mother of two children may contact Hailey to put an end to Derrick’s life if she can’t pull the trigger herself. If she decides against killing her abusive boyfriend, Keyshawn may at least run away from him with Hailey’s help.

Do Uncle Clifford and Lil Murda Get Back Together?

After Big Teak’s death, Lil Murda seeks comfort in Uncle Clifford. Since her feelings for the rapper are still alive, she invites him not only to her house but also to her life. Clifford has never doubted Lil Murda’s love for her and she offers him shelter and care when he is in unbearable emotional turmoil. Meanwhile, Lil Murda extends his love and care for Clifford as she deals with Ernestine’s sickness. As her grandmother’s days get numbered, Clifford stoops to despair, only for Lil Murda to envelope her with his love for her. They end up having sex and affirm their need for one another. 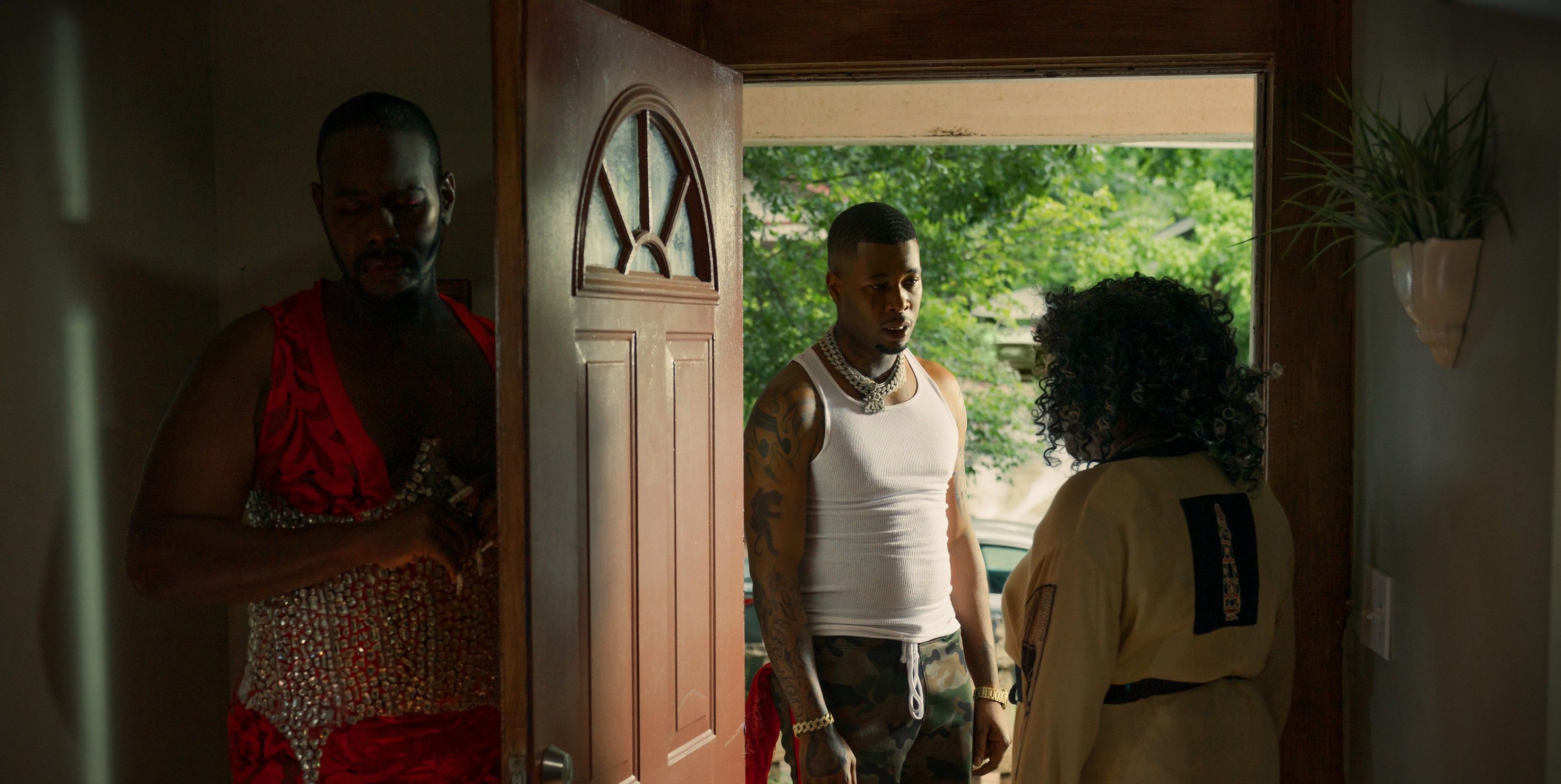 The intimacy Clifford and Lil Murda share is an indication of the truce they have reached. We may see them gradually getting back together as a couple as they help one another deal with their sorrows. Clifford consoling Lil Murda when the latter accepts his mistakes is an indication of her willingness to welcome the rapper back to her life as her partner. We can expect Lil Murda to validate Clifford’s existence as his partner soon as he wants to make things right to save their relationship.

Read More: When and What Year Does P-Valley Take Place?