Paige Mobley From Instant Dream Home: Everything We Know 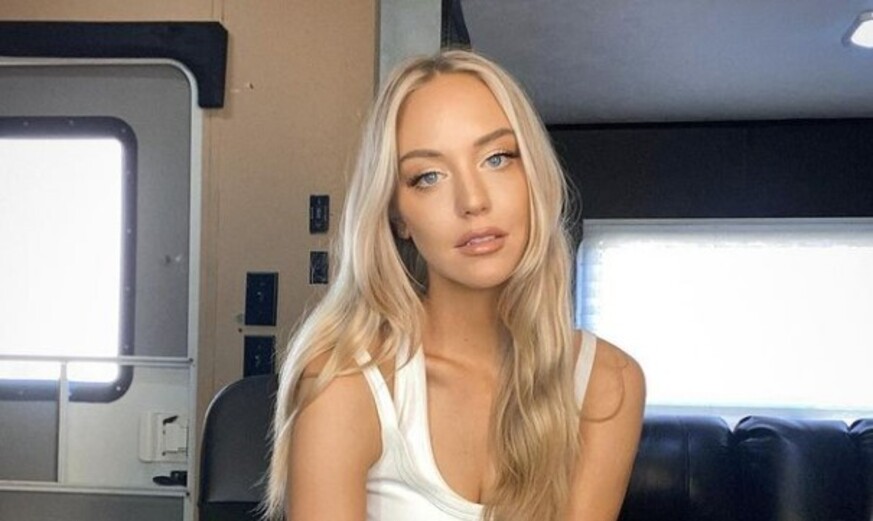 Netflix’s ‘Instant Dream Home’ provides the ultimate team of experts to fulfill the home renovation wishes of several deserving and wholesome families. As the name suggests, the home improvement show breaks all records of previous lifestyle and renovation projects by trying to complete each makeover in a mere 12-hour cycle. It mainly follows a team of rapidly-working specialized experts of renovators who have the risky and painstaking task of transforming a deserving family’s home from top to bottom in precisely 12 hours.

As the families in need are in for a surprise with each drastic makeover, the excitement generated is unparalleled and gives the audience a hearty look into their reactions. The expert team also creates an environment of enthusiasm with their dedicated approach as each team member offers something unique to these makeovers. One such interesting team member is the special project expert Paige Mobley; her distinctive role and lively presence in the series have made her fans curious about her background. If you’re eager to know more about her as well, here’s what we know!

Born on April 25, 1994, Paige Mobley is a fun-loving woman from Birmingham, Michigan. She belongs to a very close-knit and artistic family and shares a great bond with them. Her mother, Suzanne Bruley, is a painter, and her father, Paul Mobley, is a famous portrait photographer and author of 4 books, including ‘American Farmer’ and American Firefighter.’ Paige has an elder sister named Camden Mobley, an event planner who is engaged and soon to be married. 28-year-old Paige graduated in 2016 from Pace University with a Bachelor of Fine Arts and later majored in Theater Arts from Loyola Marymount University.

As the younger daughter, Paige is loved by all, and her family supports all her ventures. Although she does not prefer posting much detail about her family, the other members are quite open and expressive of their love for each other. Her mother is especially active on social media and often posts about her beautiful daughters and their achievements. It is lovely to see all the family members, including their extended family, celebrating everything together and visiting several destinations worldwide. They especially love traveling, and the Mobley sisters have traveled to several places together.

Paige was into modeling from a very young age and shot her first photographs when she was only 14 years old. She performed for the first time in 2010 at the TV Special of “Macy’s Thanksgiving Day Parade.” Her first TV performance, while uncredited, is on ‘Gossip Girl’ in 2012 as Chuck’s party date. She then appeared on the show ‘Rip the Runway’ in 2013 as a model, on the TV series ‘Zip!’ in 2014, in ‘Transformers: Age of Extinction’ as an international supermodel, and on ‘The Ellen DeGeneres Show’ as a spokesperson for Will Forte and Carrie Underwood, in 2015.

The talented artist then worked as a home school educator from 2015 to 2019 and a musical theater teacher from 2019 onward while trying her luck in the industry. Paige’s major break came in 2016 when she became a contestant on ‘America’s Next Top Model’ for cycle 23. Despite her being eliminated in episode 10, the show paved the way for more prominent roles and opportunities. She signed a deal with Untitled Entertainment in 2017 and got a role as Olivia in the mini-TV series ‘Socially Awkward.’

Furthermore, Paige stars in several TV series such as ‘Crypt Fables,’ ‘Here and Now,’ ‘The Kominsky Method,’ and ‘Kidnapped to the Island.’ She then took on the role of co-founder and creative director of Eastend Entertainment LLC in 2019, through which she wrote, produced, and acted in the TV series ‘Movie Palace 11’ in 2021. Her latest role is the special project expert in the fun and creative Netflix show ‘Instant Dream Home,’ where she has worked for more than two years.

As mentioned earlier, Paige prefers to keep details of her personal life under wraps. Hence, although she hasn’t explicitly announced anything yet, from what we could gather, she is supposedly dating professional basketball player Kaleb Tarczewski. The 29-year-old basketball player is from Claremont, New Hampshire, and he played college basketball for Arizona. Based in Milan, Kaleb professionally played for the Italian basketball team Olimpia Milano from 2017 to July 2022. He had even played at the 2015 Pan American games representing the US national basketball team.

Paige and her partner often travel together, and on many occasions, she has been seen to support the basketball player in his games. They also visited many European destinations, along with Camden and her fiancé. Thus, Paige and Kaleb seem happy with each other, and we wish love, happiness, and success for both of them.