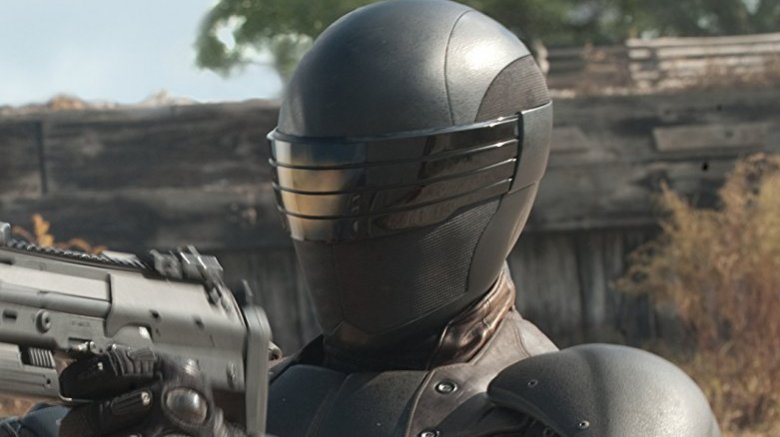 The real American heroes, G.I. Joes, are about to step into action once more. A second G.I. Joe based spinoff movie is being developed by Paramount and Hasbro. For those unaware, the films are based on the toyline of the same name. The news was first reported by The Hollywood Reporter. Josh Appelbaum and Andre Nemec, who have written the scripts for the recent ‘Teenage Mutant Ninja Turtles‘ movies and ‘Mission Impossible: Ghost Protocol‘, have been employed by the companies to pen the script for the film.

The new ‘G.I. Joe’ spinoff is being described as an ensemble piece. Not a lot of details are known about the project at the moment, and since it is in a stage of deep development, what details we do know could be subject to change. As of now, it has been made clear that one of the characters involved in this untitled project is Chuckles. Although he is not the protagonist, he is likely to play an important part. If you are not familiar with the G.I. Joe toys, Chuckles is a character from the 1980s line of action figures. Having debuted in 1987, Chuckles went on to make a debut in Marvel comics the same year, in issue #60. Chuckles is best known for his infiltration skills and undercover work.

Applebaum and Nemec, who are best known for their work on television shows, have put their efforts together for ‘Alias’ and have co-created shows like ‘Zoo‘ and ‘Life on Mars’. It is evident that their work on ‘Alias’ and ‘Mission Impossible’ featured a lot of undercover work, not to mention some cutting edge spycraft. Thus, the executives naturally eyed the duo for a project that prominently features a character who is an expert at both. Apart from the upcoming ‘G.I. Joe’ project, Applebaum and Nemec are working on ‘Rainbow Six‘, the anti-terrorism thriller project which is based on Tom Clancy’s games of the same name. It is also set up at Paramount with Michael B. Jordan producing the film.

Coming back to ‘G.I. Joe’, there is another spinoff project already in the works. This project is titled ‘Snake Eyes’ and is based on the Hasbro toy that became immensely popular. The silent and masked ninja commando was one of the original members of the G.I. Joe team and the character can be seen in the two G.I. Joe movies, ‘G.I. Joe: The Rise of Cobra’, and ‘G.I. Joe: Retaliation’. The character in these films is played by Ray Park. The ‘Snake Eyes’ spinoff is in preproduction and is slated to be released on October 16, 2020. G.I. Joe has been one of the more successful adaptations of toy lines that got made into movies, following ‘The Transformers‘ and ‘The Lego Movie‘ franchises obviously. Although the brand has cooled off in terms of popularity in recent years, Paramount is looking to change that with the slew of spinoff films.