Where is Peter Manfredonia Now? 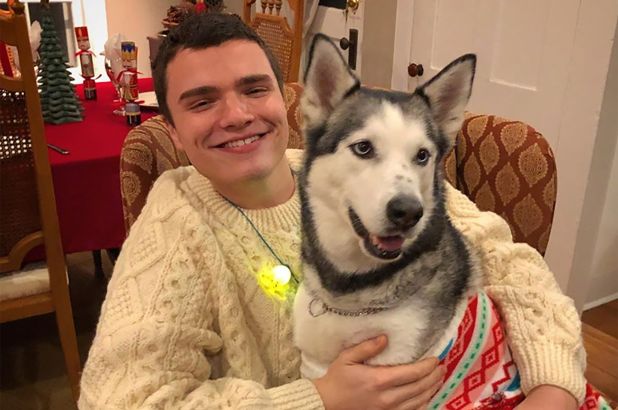 Peter Manfredonia has recently come to light due to his short but violent spurt of killings, which includes the 62-year-old Theodore DeMers, and the 23-year-old Nicholas Eisele. He has been on the run since Friday, May 22, 2020. State police in Connecticut, Pennsylvania, and Maryland, have worked with the FBI and the US Marshals to track down Peter, who allegedly fled Connecticut on Sunday, May 24, 2020.

His family has been involved in the process, and their lawyer, Mike Dolan, noted that Peter’s struggled with mental health issues and has sought help from several therapists. In a news conference on Monday, May 25, 2020, Dolan said, “Peter, if you are listening, you are loved. It is time to let the healing process begin. It’s time to surrender. You have your parents’ and your sisters’ and your family’s entire support. So, Peter, from your parents, we love you, please turn yourself in.”

With all the attention directed at Peter, chilling images of his room have emerged as well. You can check it out below. It’s written on the walls, “we saw what happened when Adam snapped.” Since Peter is from Newtown as well, he could be referring to Adam Lanza, the Sandy Hook school shooter.

This is apparently the bedroom of Peter Manfredonia, the soon-to-be former UConn student who is now a double murderer. It's crazy to me that nobody saw any warning signs.

He's from Sandy Hook, so I can only assume "we saw what happened when Adam snapped" refers to Adam Lanza pic.twitter.com/0ZorPXPqxh

Peter’s troubled, but his violent spree has come to an end. Naturally, you might be wondering where he is at present. We have the latest news and updates here.

Manfredonia’s crimes started in Willington, Connecticut, where he killed DeMers and assaulted another man with a sword or machete. Peter also held a 73-year-man hostage but did not harm him. He stole guns, food, and firearms, before driving to Derby, where Peter killed Eisele, the second victim. The 2016 Newtown High School graduate was found shot dead at his home in Derby. It is about 60 miles southwest of Willington and just west of New Haven. Peter also allegedly kidnapped Eisele’s girlfriend, but let her go in Paterson, New Jersey. She was unharmed.

At the time Peter was apprehended, he was believed to be armed and extremely dangerous because he still possessed the firearms stolen from the Willington resident. After driving out to Paterson, Peter used third party ride shares to make his way to Hagerstown, Maryland, where he was ultimately apprehended. You can check out a tweet showing live coverage of the time Peter was arrested on May 28, 2020.

BREAKING: I’m on scene where local authorities have arrested 23-year-old
Peter Manfredonia. @HagerstownPD – Chief of Police Paul Kiefer comfirmed to me on the phone was arrested.

This is all the information we have. We will continue to update @WDVMTV @WDVMTV pic.twitter.com/84gQIxjbIb

Where is Peter Manfredonia Now?

Peter was arrested at 9 PM on Wednesday, May 27, 2020. The 23-year-old was taken into custody in an area near the Pilot truck stop on Halfway Boulevard in Hagerstown, Maryland. The Connecticut State Police has released an official statement, which you can check out below.

**UPDATE**Suspect, Peter Manfredonia has been found & is in custody. CSP Eastern District Major Crime are on scene in Hagerstown, MD. No injuries to any law enforcement personnel or Manfredonia. More info will be provided on Thurs, May 28 @PAStatePolice @FBINewHaven @FBI @MDSP pic.twitter.com/QFnUDuOqn0

Peter graduated from Newtown High School in 2015 and was majoring in finance and mechanical engineering. He’s a senior at the University of Connecticut. However, the university authorities stated that Peter’s neither attending summer classes nor living on campus. Their statement reads, “The university expresses its deepest, most heartfelt sympathies to the victims and their families in this horrible, incomprehensible tragedy. They are all in our thoughts. With respect to the student in question, while the University can’t discuss specific individuals or cases, UConn strives to do everything possible to identify and engage with students of concern and to provide them with all the assistance and resources we can both for their own well-being and that of the wider community.”

Currently, Peter’s been taken to a Maryland State Police barracks for processing. Although he’s liable to face state and federal charges, they will be announced on Thursday, May 28, 2020. It seems that Peter is in a world of trouble, but his friends and family believe Manfredonia needs support too. A friend, wishing to remain anonymous, said, “Never in a million years would I have thought he’s a danger to someone else. I’ve held him while he’s cried. Like I can’t, I don’t understand. This isn’t the Peter that I know.” She continued, “He is somebody that I love. You don’t give up on family, and I know his family isn’t giving up on him.”

Since this is developing news, it remains to be seen what happens to Peter Manfredonia once the charges are announced.