It was ‘Die Hard’ in 1988 that changed the face of buddy cop movies forever. The impact that it has had on the subsequent generations of filmmakers and moviegoers is almost unspeakable. Since then, cop movies have substantially increased in volume. Every year we see a great number of features released; some memorable, other forgettable. 2018 has been a mildly good year for the genre. Strong supporters of such movies might have a field day. Others, who demand cohesiveness and more than just popcorn cinematic experience, not so much.

The biggest cop movie was ‘Equalizer 2’, the grand return of Denzel Washington in his iconic role of Robert McCall. The film was a huge commercial success and finds a place in the list. ‘BlacKkKlansman’ emerged as a surprise hit, expanding upon the generic cop-relationship to make the film more narrative oriented. Well, let’s wait no more. Here’s the list of top cop movies of 2018. The list includes best FBI movies, best buddy cop movies and best CIA movies. 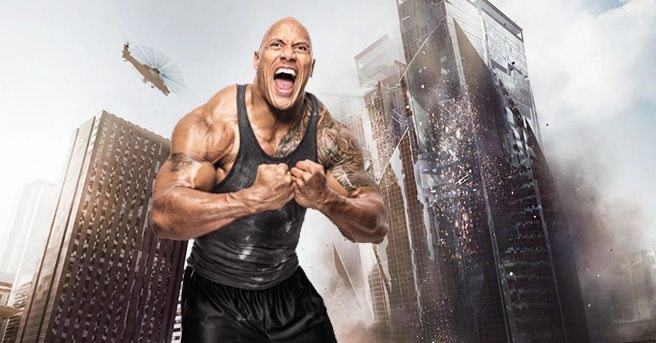 Take a story from Die Hard, a set piece from Enter the Dragon (also pure Ex Machina), lens flares from The Thing, characters from True Lies, a disabled Dwayne Johnson’s powers from Tarzan and CGI from an early 90s film. Blend all of this, along with Eastern European villain and Asian hackers cliché, and dip it in the biggest cauldron of shit, and light it on fire. That collectively climates into ‘Skyscraper’ Needless to say any more! 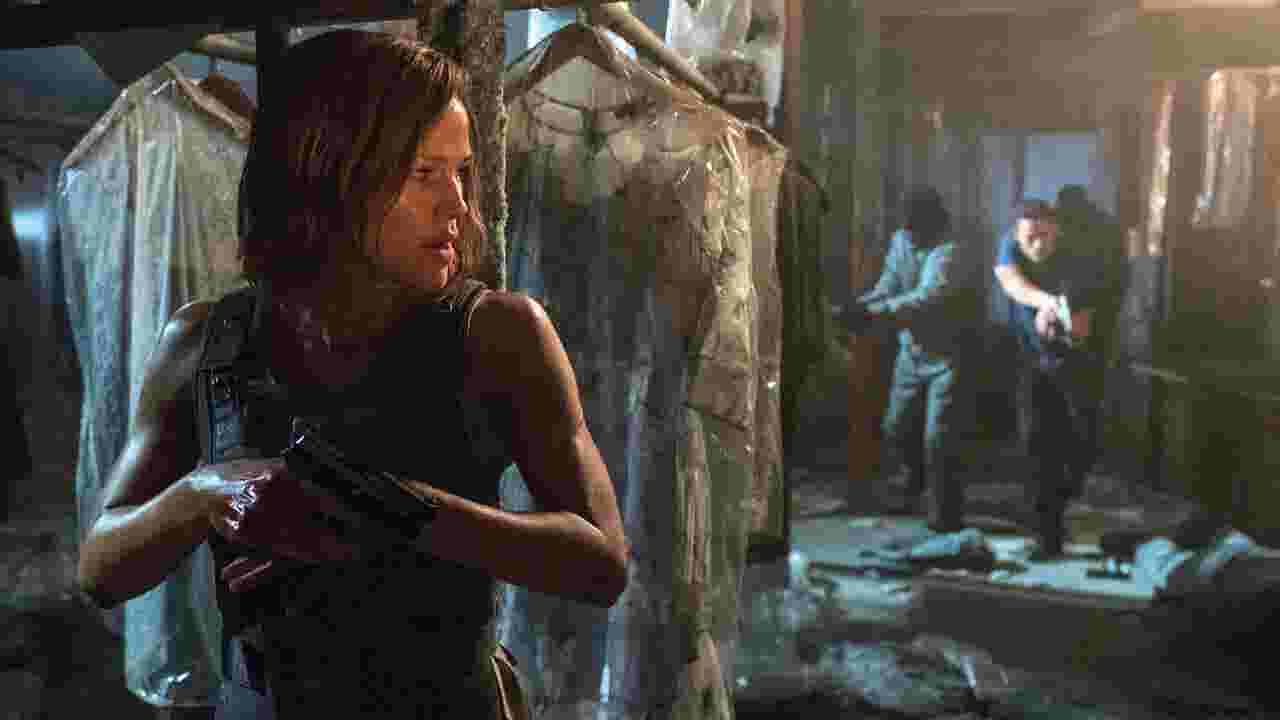 There have been numerous films about the flawed criminal justice system. Its shortcomings are highlighted in a rather bizarre manner, often making the characters larger than life. ‘Peppermint’ runs along similar lines, providing us with a motivated and vengeful protagonist, eager to take out the people who destroyed her life. Riley’s transformation from a common citizen to an urban gorilla is certainly a new phenomenon on-screen.  A chiseled Jennifer Garner adds to the list of new, and more than pleasant things in the film. ‘Peppermint’s role reversal gives the story a new dimension, in terms of structuring the narrative and engineering action sequences. But its generic plot and more than predictable ending dampen the partial good work that it pulls off. 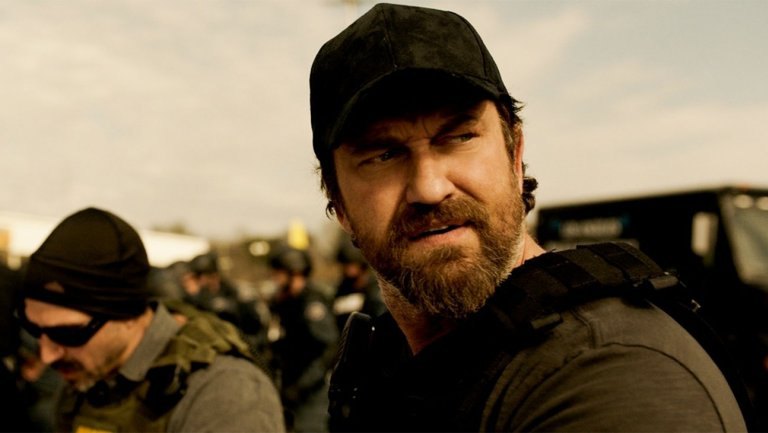 Draws obvious, clear inspirations from classics like Heat, while standing on its own in not pretending to be anything more than a standard cop and robber heist film. Weighed down by an uneven screenplay and plot holes, Christian Gudegast’s (writer of London Has Fallen and A Man Apart) directorial debut sees him as a better director than a writer. The plot holes make the twist at the end implausible but that doesn’t hide the ambition Christian shows. Gerard Butler as the no-nonsense tough sheriff Nick O Brien does his part excellently (which we don’t see from him often). Overall a generic but fun and well made in parts action-crime-drama. 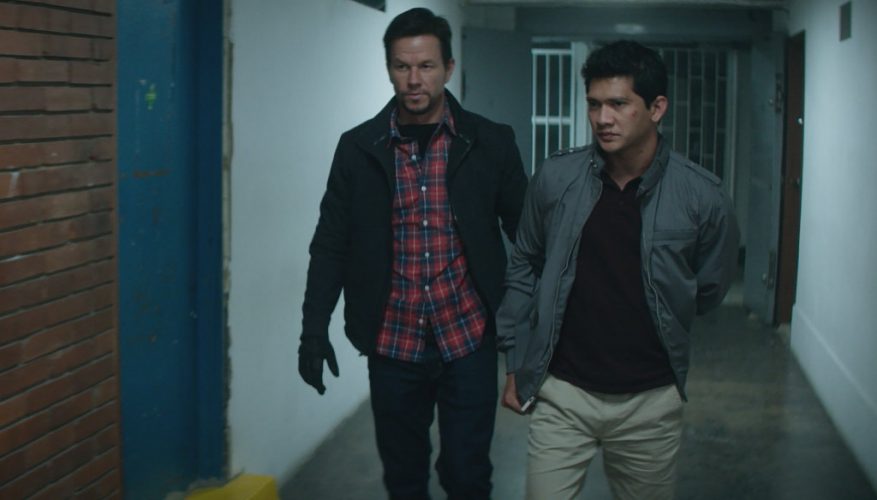 A video recently emerged featuring Mark Wahlberg and his beast routine. His day begins at three in the early morning and ends at seven at night. No wonder he is in that good shape. ’22 Mile’, thus, exemplifies his star-persona and exploits his action-hero image that the industry loves. He plays CIA operative James Silva, a capable officer who leads a small but lethal paramilitary team. The group are assigned an urgent and dangerous mission, which potentially can also be fatalistic. The task at hand is to transport an intelligence asset from an American embassy in Southeast Asia to an airfield for extraction — a distance of 22 miles. Silva and the soldiers soon find themselves in a race against time as the city’s military, police and street gangs close in to reclaim the asset. Although the officers in question aren’t low-lying sugar-high police folks, ’22 Mile’ is truly bad-ass. It emerges as an enjoyable mass entertainer, decent enough to hold your attention for its duration. A satisfying one-time watch. 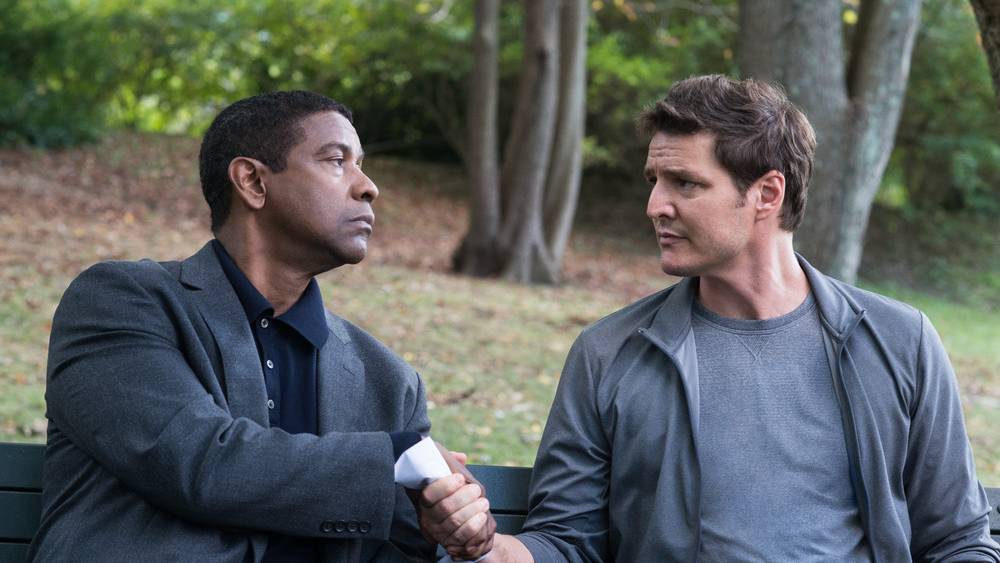 Washington is a stalwart of the industry. Belonging to the generation that changed cinema forever, Washington’s remarkable range and dedication to his characters make him stand out. He reprises the role of Robert McCall, the hardened cop that sees justice to be done and not denied. When his best friend and peer Susie Plummer is shot dead by a group of assassins, the now-retired McCall embarks on a voyage to claim retributive justice and their lives. Antoine Fuqua also returns to the director’s chair and brings with him the same palatable tension that gripped the first movie.

Despite an inherent and expedient lack of cohesiveness in the plot, Fuqua’s stand-alone action sequences stand out, some so good they might even qualify as the best stunts of the year. Washington again delivers a stellar turn as McCall, channeling his anguish and grief with great impact. Overall, “Equalizer 2′ could have been more effective with a few minutes trimmed, but manages to recreate the atmosphere of the first one. 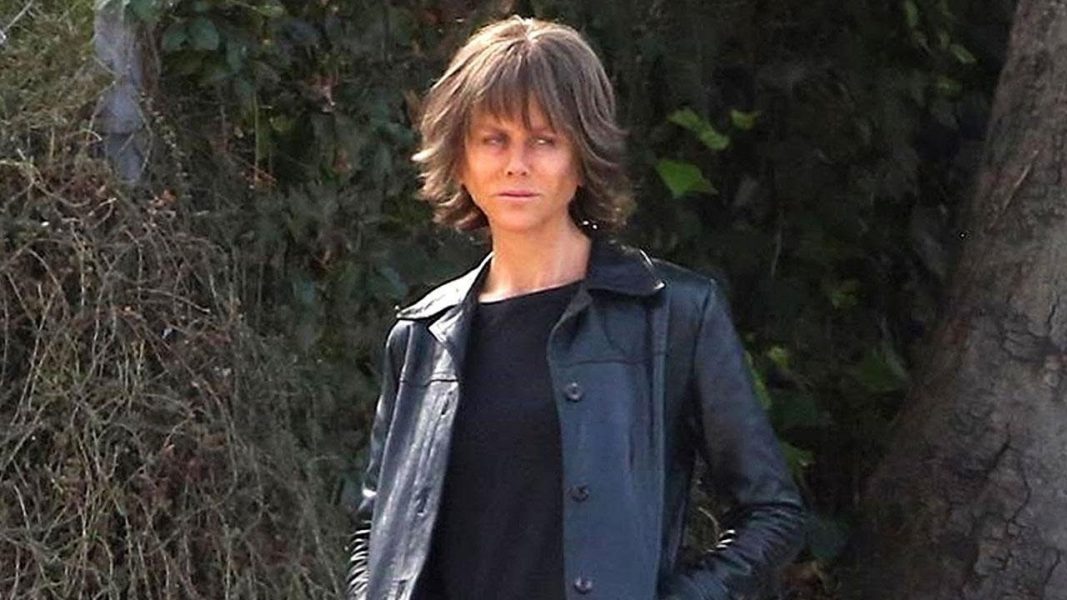 ‘Destroyer’ follows LAPD detective Erin Bell (Nicole Kidman) who, as a young cop, was placed undercover with a gang in the California desert that ends in a tragedy — because of her choices. When the leader of that gang re-emerges many years later, she must work her way back through the remaining members and into her own history with them to finally reconcile with her inner demons. The story of a bruised and beaten cop seeking redemption or revenge isn’t new. We have seen that story many times before. But director Karyn Kusama and writers of the film put a slightly different spin on a tried and tested story and tell it from the point of view of a female cop – that’s a first since almost always revenge-seeking cops are men.

Destroyer’s biggest strengths are Nicole Kidman’s phenomenal acting and some exceptional editing work. The film keeps shifting between past and present, which makes for an interesting watch especially since you are made aware of the backstory one layer at a time (even though, you could guess most of it from miles away).

Ron Stallworth becomes the first black police officer in the Colorado Dept. Squad. With a skeptic step, Stallworth begins his career in the records room, often a target of racist remarks and jibes. Overcome with emotion and fed up with his life down there, he voices himself a promotion and inadvertently calls a KKK helpline after seeing an advert in the paper. Expressing interest in joining the Organization, Stallworth mistakenly reveals his real identity. He then joins forces with fellow colleague Flipp Zimmerman to infiltrate KKK and devise plans to keep black supporters safe. Spike Lee instills the film with the typical juxtaposition of realism and social themes that has defined his cinema over the years. With ‘BlacKkKlansman’, he moves from depicting violence on street and in the African-American neighborhoods, to creating the violence that penetrates the minority voice from the outside. As timely as the film is, it is Lee’s passion and the resonating performances that make the difference in arguably the year’s best film. 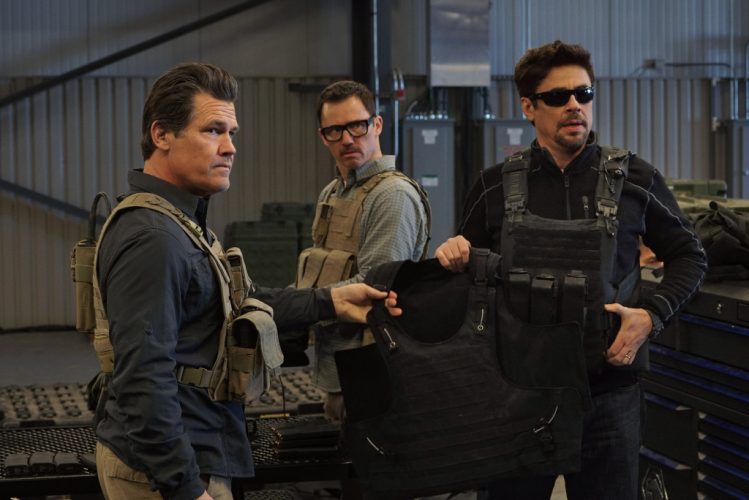 When ‘Sicario’ released, the world let out a collective gasp. Visually, musically, and vision wise, the sequel had lost the three most important men (and one woman) who made the predecessor such a cathartic cinematic experience. Despite these concerns over the departures of Villeneuve, Deakins, Blunt and the late Johannsson, Stefano Sollima, Dariusz Wolski and Hildur Guonadottir (working with the carry-overs Benicio del Toro, Josh Brolin and Taylor Sheridan) have crafted a film that stands alone, with an attention to craft that serves as a worthy follow-up to the first film.

Some have argued that the film is pandering to immigration paranoia and indulges in racial stereotypes to promote a right-wing ideology, but, upon seeing the film twice, it can be said that it is a truly shallow interpretation of ‘Sicario’. Just because a film depicts something does not mean it endorses it. I suspect that some people see that the film simply deals with issues regarding borders and undocumented migration, and somehow blind themselves to the ambiguities and moral dilemmas faced by the characters.

Sollima’s work behind the camera is terrific and the attention paid to the art of visual storytelling comes across in every scene (his use of long takes are particularly effective and subtle). Sheridan’s screenplay and the score by Guonadottir are key in connecting the film to the tone of the first Sicario and del Toro and Brolin’s compelling performances are key to the film standing on its own. My only complaint would be pacing. On first viewing, it felt like it took a while to get into gear but this issue did not bother me on my second watch. I still believe that the intersecting A and B plot-lines noticeably derail the pacing, which is detrimental to the otherwise perfectly crafted tension created by the direction, editing, and music. 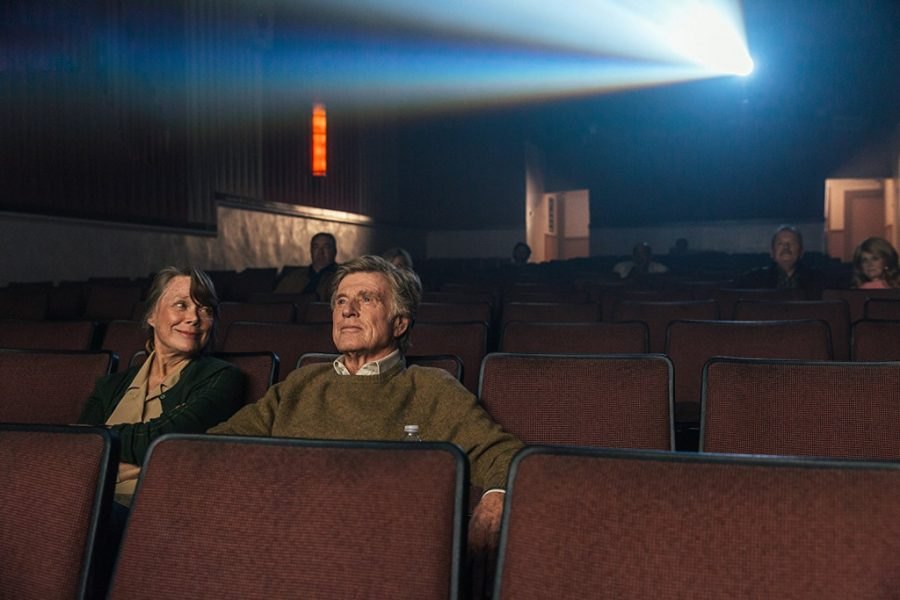 Based on the true story, the film follows career criminal and prison-escape artist Forrest Tucker, who loves to rob banks — not that he needs money but because he has so much fun doing it. Forrest (Robert Redford) has spent much of his life in jail and much of his energy breaking out – he successfully escaped incarceration 18 times. Forrest is now in his seventies, free, and living in a retirement community, yet he cannot resist the lure of another bank heist. He assembles a gang who, though armed, rely mainly on creativity and charisma to claim their loot. They are pursued by Detective John Hunt (Casey Affleck), who loves to chase more than to arrest. While Forrest is busy committing one heist after another, he is also slowly falling for Jewel (Sissy Spacek). Jewel doesn’t know about Forrest’s past, even though she suspects something fishy. Will Hunt be able to hunt Forrest? Will Jewel come to know about Forrest’s real identity? And will Forrest give up on his robbing habits? You will have to watch the film to know the answers to these questions.

‘The Old Man and the Gun’ is a film that Hollywood stopped making long back. Heist or cop movies are now more about the violence, the blood, the thrill etc. That’s why Lowry’s film is such a stand out; he relies on the charm of his subject to tell a story that is infused with a sprinkling of humor, romance and nostalgia.