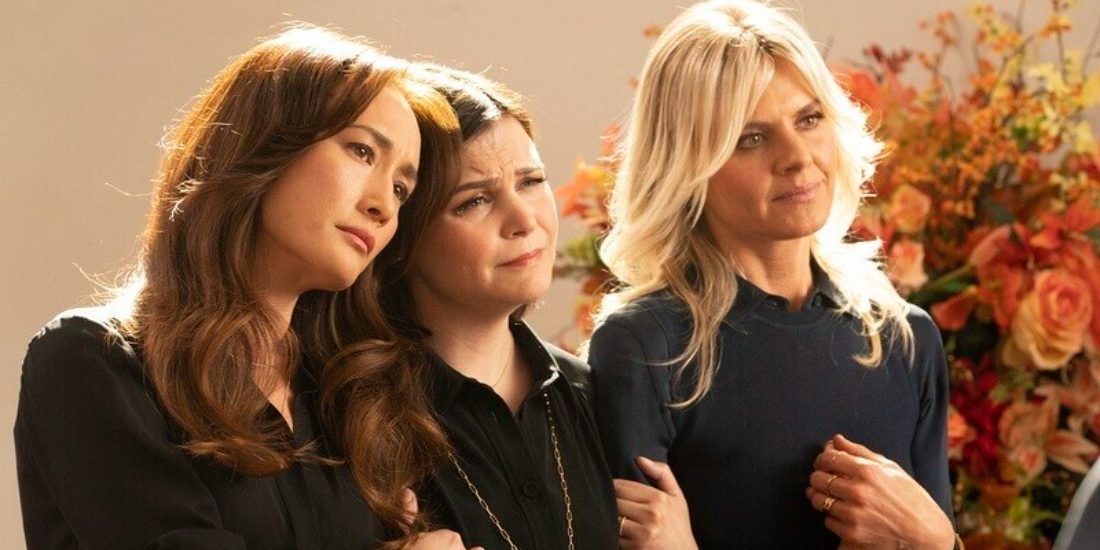 ‘Pivoting’ is a comedy series created by Liz Astrof that revolves around three life-long friends. The premiere episode introduces us to the friends Amy, Sarah, and Jodie, who are each being held back from living their lives to the fullest by one factor or another. After a tragic event serves as a wake-up call for the ladies, they approach life with a renewed sense of optimism and try to make the best out of each day. However, as viewers get a sense of the women’s new choices, a shocking revelation awaits them. Here’s everything that happens in the series premiere of ‘Pivoting,’ including an explanation about the surprise ending! SPOILERS AHEAD!

The first episode of ‘Pivoting’ titled ‘If She Could See Us Now’ opens with Amy, Sarah, and Jodie attending the funeral of their best friend, Coleen. After the funeral, the women have some drinks at the bar and reminisce about Coleen’s positive impact on their lives. The trio realizes that life is short and decides to make positive changes in their life. However, they must first get rid of the things holding them back. 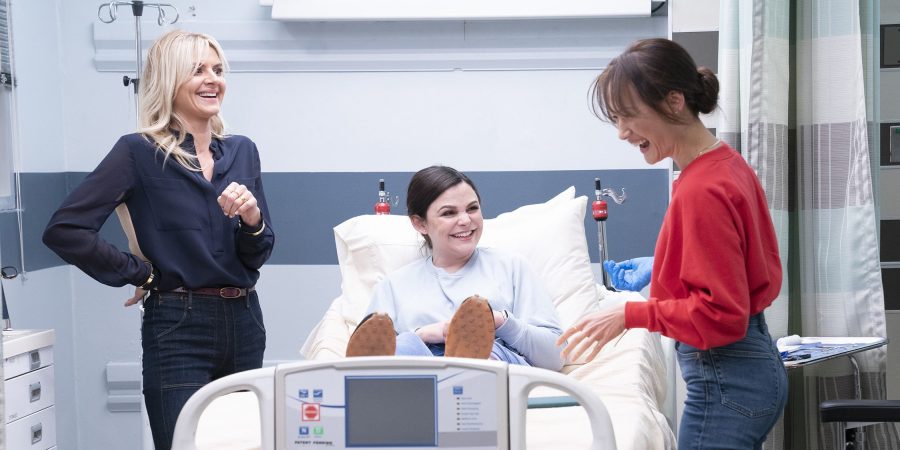 Amy wants to become a better mother despite being scared to spend time with her children. Jodie is tired of her husband’s constant neglect and desires some attention and approval. She joins a gym to get back in shape and develops a crush on her trainer. Sarah is consistently stressed out from her work as a doctor. She decides to quit her job and wishes to do something fun for a living. Thus, Sarah applies for a job at a convenience store. At the gym, Jodie’s trainer asks her to send a picture of herself in her skinny jeans as proof of her progress.

Amy’s husband remains skeptical of her desire to spend time with the kids and worries about the situation. Sarah fails her interview for the job as a cashier. Jodie’s attempt at trying on the skinny jeans ends with her getting stuck in them. She calls Amy for help, and in the process, Amy’s incompetency as a mother starts to show. The duo calls Sarah for help, and the situation gets out of hand after Jodie gets injured. The trio rushes to the ER. In the end, Jodie wins her trainer’s approval, Sarah gets a job at a store, and Amy’s children end up enjoying spending the day with her.

Pivoting Episode 1 Ending: Is Coleen Really Dead? Who Is Amy Talking To?

While in the ER, Amy, Jodie, and Sarah all discuss their fears about the changes they are trying to make in their lives. However, they also receive some positive news which lifts their spirits. The women meet and catch up at a coffee shop the next day. While Amy is getting her coffee, she speaks to someone on the phone. A brief shot of her phone reveals that she has called Coleen’s number. Amy is sharing an update about the trio’s life as if Coleen were still alive. She also says that she misses Coleen but tells her friend not to worry.

Does the final scene seemingly confirm that Coleen is still alive? Could the fourth member of this group have faked her own death? While that is one possible interpretation of the scenario, the answer is likely more straightforward. Firstly, we see the trio attending Coleen’s funeral, and they also comment about her eyelashes, thereby confirming that they saw their friend’s dead body.

Moreover, Coleen’s death has a profound impact on the trio. Therefore, it is likely that Coleen is indeed dead. Amy is still grieving from the loss of her friend and is talking to Coleen’s voice mail. The action could be a coping mechanism on Amy’s part. Nontheless, the writers deliver a very emotional end to the first episode by adding a callback to the inciting moment of the trio’s life in an unexpected fashion.