Where To Stream ‘Playmobil: The Movie’? 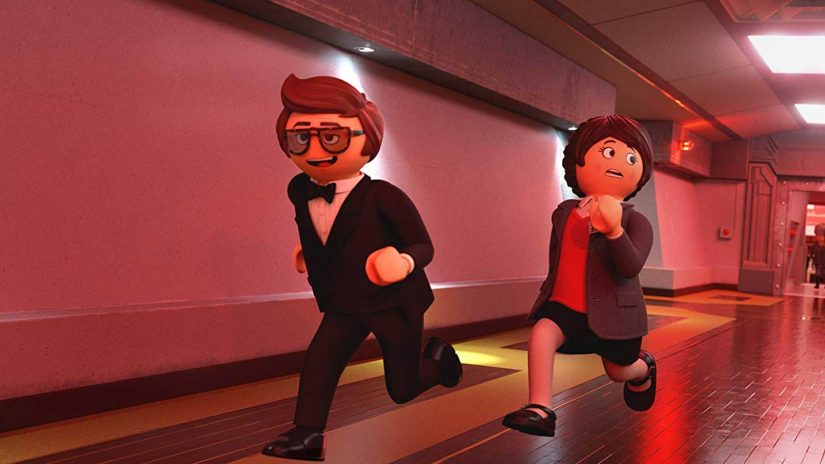 If you have enjoyed watching the Lego movies over the years, you will know exactly what to expect from the Playmobil franchise. A French production, the film is based on the products of the German toy company of the same name. A film based on Playmobil’s products was considered as far back as 2014, but it took almost five years for the plan to materialize because director, and screenwriter, Bob Persichetti was taken off the project and the reins of the same were handed over to Lino DiSalvo who collaborated with other writers for the screenplay.

The holiday season is almost here and now is the time to let your children loose and allow them to have some fun. ‘Playmobil: The Movie’ is the perfect animated adventure flick for children, and there should be no reason for them to not have some fun at the theaters watching this film. We are here to tell you how you can stream ‘Playmobil: The Movie‘ online, but before that, let us walk you through what the film is actually about.

What is Playmobil: The Movie About?

The central character of this film is a girl called Marla who is quite disciplined and strict so that she can take the necessary care of her younger brother Charlie. These two siblings have nobody else in the world, with their parents, having passed away in an accident. One fine day, when Charlie finds his way to a toy exhibition where Playmobil toys are on display, Marla gets rather angry with him for having trotted off without informing her. She even goes to the museum to look for her brother. It is then that a lighthouse suddenly starts glowing and the two of them are transported to a world where everything is made out of Playmobil toys. The two of them take part in a number of adventures in their quest of finding their way back to the real world.

Is Playmobil: The Movie On Netflix?

Netflix is the best streaming platform in the world with tons of different types of content to meet the varied tastes of its international base of subscribers. From brilliant original shows and films to ones curated from across the globe, Netflix has managed to become a global powerhouse in entertainment all over the world. However, ‘Playmobil: The Movie’ is one film which you will not be able to stream here. Instead, you can watch other similar animated movies on Netflix like ‘The Incredibles 2‘, ‘Ralph Breaks The Internet‘, and others.

Is Playmobil: The Movie On Hulu?

Hulu has been one of the biggest players in the streaming market for quite some time now. Their collection of original content is itself brilliant, and on top of that, Hulu regularly updates its vast repertoire of films that you can enjoy with a subscription.

Owing to the fact that ‘Playmobil: The Movie’ is still playing in theaters, it is a film you will not be able to stream on Hulu at the moment. But if you’d like to watch some animated films on Hulu, you can opt for titles like ‘Chicken Run‘, ‘Antz‘, ‘Shrek‘ and others.

Is Playmobil: The Movie On Amazon Prime?

If Netflix has any competition from another streaming platform, it has to be Amazon Prime. Just like Netflix, Prime has a worldwide reach and produces content in various languages. However, you will not yet be able to stream ‘Playmobil: The Movie’ on Amazon Prime at the moment. Meanwhile, you can check out films like ‘Ghost In The Shell‘, ‘Mulan‘, ‘Rango‘, and others on the platform.

Is Playmobil: The Movie On Disney+?

Disney is the biggest company in Hollywood, and the streaming platform has already begun attracting a huge number of subscribers. But that does not mean ‘Playmobil: The Movie’ can be streamed on the platform right now. You can, however, indulge in some Disney classics on the platform like ‘The Lion King‘, ‘Aladdin‘, ‘The Little Mermaid‘ and others on the platform.

Where Can I Stream Playmobil: The Movie Online?

We are sorry to inform you that presently there is no way for you to watch ‘Playmobil: The Movie’ on any streaming platform. The film is running successfully at the theaters right now, and if you want to indulge in the fully immersive experience of the film, we suggest you head towards your nearest theater right away.

Is Playmobil: The Film Available On DVD and BluRay?

Unfortunately, neither the DVD nor the BluRay of this film is out in the markets yet. The producers and distributors of the film have also not yet announced the release dates of the same.

Where Can I Watch Playmobil: The Film For Free?

No good thing comes for free, and so you should not expect to watch an internationally released animated film which is still running successfully at the theaters without paying for the same. We’d like to encourage you to always pay for the art you consume just like you do for any other product in the market.