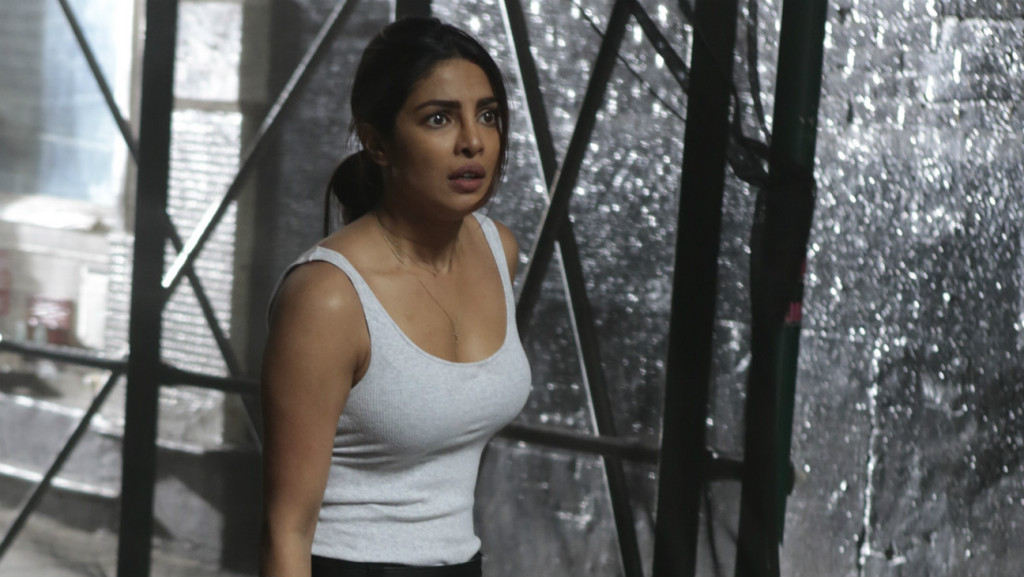 Priyanka Chopra and Robert Rodriguez are coming together for a kids superhero film, titled ‘We Can Be Heroes’, at Netflix. Rodriguez is directing and writing the movie and will also produce it under Quick Draw Productions. Deadline first reported the news.

The story of ‘We Can Be Heroes’ revolves around a group of alien invaders who end up kidnapping the superheroes of earth. Ultimately, the task falls to the kids to team up and come up with a plan to save not just their parents but to protect the earth from the external threat as well. While not much else is known about the project at this time, since it has remained under the radar, we can be certain that the aesthetics will not be dark like Rodriguez’s ‘Sin City’ films and will appeal to a younger audience instead. After the news of Priyanka Chopra’s casting broke, Netflix went ahead and announced the entire cast. The other cast members include Christian Slater, YaYa Gosselin, Akira Akbar, Andrew Diaz, Andy Walken, Boyd Holbrook, Hala Finley, Isaiah Russell-Bailey, Lotus Blossom, Lyon Daniels, Nathan Blair, Sung Kang, Vivien Lyra Blair, Adriana Barraza, Christopher McDonald, and Pedro Pascal.

As for Robert Rodriguez, he has the popular grindhouse project, ‘Planet Terror’ to his name, apart from making films like ‘From Dusk Till Dawn’ and the ‘Mariachi’ trilogy. He is also popular for directing the ‘Machete’ films. He last directed ‘Alita: Battle Angel‘, which ended up grossing over $400 million at the global box office. However, not all of his projects glorify blood and gore as he is also the brains behind the popular children’s franchise ‘Spy Kids’. In fact, Rodriguez has an upcoming third season of the spinoff animation titled ‘Spy Kids: Mission Critical’. The series already airs on Netflix, which gives the director a preexisting relationship with the streaming platform, making it easier for him to pitch the idea of the upcoming movie to them.

Coming to Priyanka Chopra, she is better known for being a mega Bollywood star but managed to capture the attention of western audiences as well, when she appeared in ‘Quantico‘, the series based on the FBI. She then went on to appear in ‘Isn’t It Romantic’, starring alongside Rebel Wilson, Liam Hemsworth, and Adam DeVine. Next up, Priyanka Chopra will be seen starring in and co-producing ‘The Sky Is Pink’, a movie based on Aisha Chaudhary, the motivational speaker. The film is slated to premiere at Toronto next month. Chopra is also set to star in and produce an untitled wedding comedy which is set in India and has Mindy Kaling as a co-producer along with Universal’s Dan Goor. Priyanka Chopra too has a working relationship with Netflix as she produced ‘Firebrand’ under her Purple Pebble Pictures banner. The movie released on the streaming platform earlier this year.