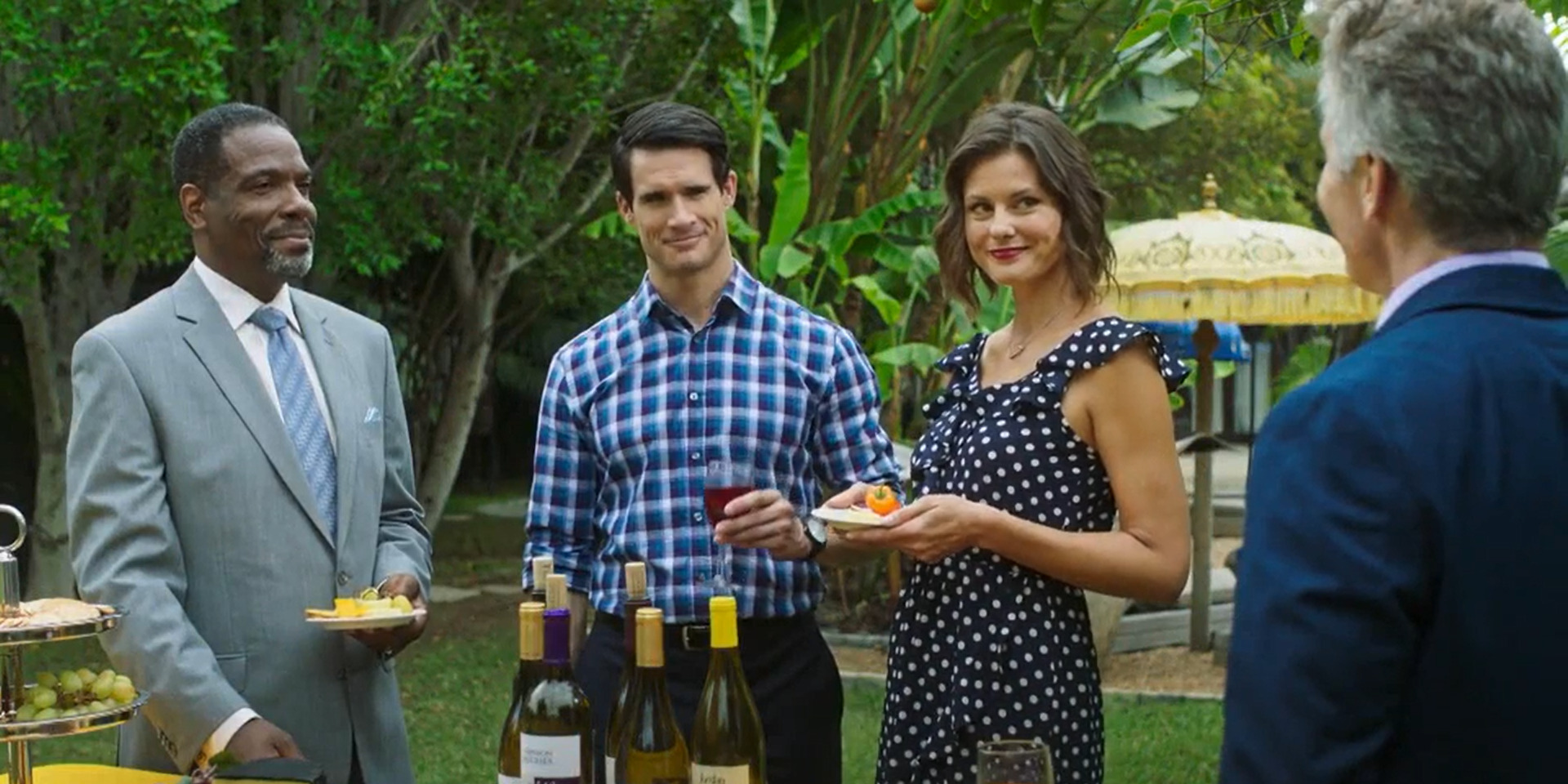 ‘Psycho Escort’ is a romantic suspense thriller that follows the life of Diane, a strong and ambitious woman who is still reeling from the unexpected death of her husband. Diane also has a young son, Jake. She is not ready to enter the dating scene again but finds it awkward to attend her work meetings and events alone. On learning this, Diane’s sister Lori asks her to try out a rent-a-date service that finds a match according to a person’s specific preferences. Diane wants a fake boyfriend who is handsome and has a great personality. Miles fits the criteria and is hired by the agency to be Diane’s escort at work events.

Everything goes smoothly until Miles decides to cross the boundaries and steps into Diane’s personal space, making her feel uncomfortable. Despite being instructed to meet her only at public places, Miles starts making unannounced visits to her home. Diane soon realizes he is not as idyllic as he seems and aims at attaching himself to Diane, permanently. Chaos ensues when Diane finds out about Miles’ disturbing and dark past. Will Diane be able to escape from the clutches of her psycho escort?

It was initially titled ‘Lies for Rent,’ and later, ‘Pretty Woah, Man,’ a wordplay that suits the role-reversal stalker element of the movie. A part of Charmed and Dangerous segment on Lifetime, the television movie is directed by Monika Lynn Wesley, who is best known for ‘I’d Kill for You.’ Marcy Holland and Kaila York serve as the writers. Let’s go through the filming locations of ‘Pyscho Escort.’

The stalker thriller was filmed in California, the most populous state in the United States of America. The Golden State is also the origin of the American motion picture industry. Therefore, it’s no surprise as to why the makers chose to film the movie, particularly in California. Here are the specific locations where ‘Psycho Escort’ was filmed.

The filming wrapped up on October 7, 2019. Here’s a picture shared by Victoria Barabas, who plays Diane, from the last day of the shoot.

Nick Ballard posted a picture on his profile, sharing his filming experience. Going by the caption, we are sure they had a blast on set.

Here’s a picture of AC Marcos Lopez and DP Matthew Irving from the filming site.

First assistant director Ted Campbell uploaded a behind-the-scenes picture to his profile from the house in Los Angeles that doubled up as Diane’s house in the film.

Dream Magic Studios served as the shooting location for The Companion Collective agency in the film.

The meet-up scene was shot at a Van Nuys, the most famous neighborhood in the central San Fernando Valley region of Los Angeles.

Billed as the “entertainment capital of the world,” Los Angeles is the most populous city in California. The City of Angels is home to many film production studios and high-profile record labels. The city’s famous landmarks like Hollywood neighborhood, and beautiful landscapes have served as a filming location to many Hollywood classics like ‘La La Land,’ ‘Pulp Fiction,’ ‘Taken,’ ‘Blade Runner,’ etc.

The movie features Nick Ballard as the obsessive stalker escort Miles. You may recognize Nick as Scott from ‘The Haves and the Have Nots.’ His other credits include ‘VHYes’ and ‘Deviant Love.’ Victoria Barabas essays the character of Diane, a freshly-widowed single mother. She is best known for her performance in ‘Seberg,’ ‘NCIS,’ and ‘Hidden in Plain Sight.’ Child actor Jacob Sandler plays the role of Jake, Diane’s son.

Kat Fairaway stars as Diane’s protective sister Lori. She is known for ‘Kidnapped by a Classmate’ and ‘Letters from the Heart.’ The other cast members include Donovan Patton as Russell, Joseph C. Phillips as Garrett, Max E. Williams as Kyle, Shelli Boone as Betty, Kate Gilligan as Kara, and Laetitia Mahicka as Garrett’s wife.