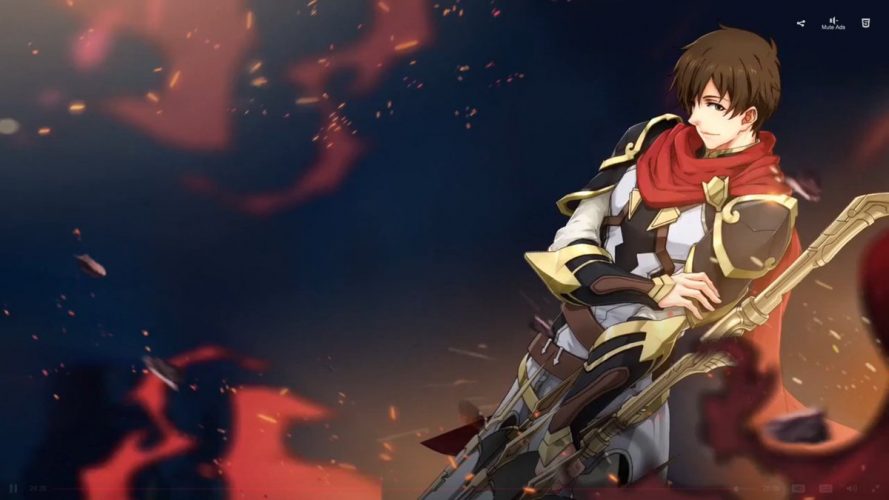 The King’s Avatar (also known as Quanzhi Gaoshou in Chinese) is a donghua original net animation (ONA) series which is based on a light novel series of the same name by Hu Dielan. Written by Sha Liang and directed by Ke Xiong, the show was produced by a Chinese animation studio called G.CMay Animation & Film, and was released by Chinese internet giant Tencent on its video streaming platform. The anime show revolves around a multiplayer online video game called Glory while depicting the fictional esports scene in China.

Season 1 of The King’s Avatar premiered on April 7, 2017 and was an immediate hit in China and many parts of the world. Season 1 was followed by the release of three special episodes starting April 27, 2018, and since then, fans of the show have been waiting to hear news on a second season. Fortunately for them, Season 2 has indeed been confirmed, and here’s everything you need to know about it.

The King’s Avatar Season 2 Release Date: When will it premiere?

The King’s Avatar season 1 premiered on April 7, 2017 and ran till June 16 of the same year. A year later, in April 2018, three special episodes were released between April 27 and May 11, 2018, and it was reported that Season 2 would premiere shortly afterwards. However, it was delayed.

Though the good news for the fans is that it has been announced that The King’s Avatar Season 2 is slated to release sometime in 2020. The second season is expected to last for 12 episodes.

Unfortunately for international viewers, The King’s Avatar does not have an English dub. However, if you’re interested in watching the show in Chinese with English subtitles, you can find individual subbed episodes on YouTube or other similar video streaming websites.

The show follows the story of Ye Xiu, a veteran at Glory. A long-standing player of the game, Ye was considered to be best professional Glory player at his prime, and used to captain a team called Excellent Era. However, he was forced to resign from the team and leave his competitive gaming career behind because he was unwilling to take part in any sponsorship to profit his team. Subsequently, Ye started working as the night-shift manager of the Happy Internet Cafe, and learned that the owner, Chen Guo, wanted to start his own esports team.

Ye’s break from Glory does not last very long, and he dives headfirst into the game again when Glory launches its tenth server. However, instead of using his old character, Ye creates a new one, called Lord Grim, and starts afresh. As Ye starts playing the game again, he starts to regain his old skills, and his early achievements on the new server immediately catches the attention of many accomplished players and big guilds, who start to wonder about the actual identity of Lord Grim. However, despite Ye’s ten years of experience in Glory, he starts encountering problems as he starts afresh with no team or sponsorship. Ye also has to contend with the changes introduced in the game when he took his break. Despite these hurdles, Ye quickly manages to get his form back, and makes new friends in the game. Soon, he starts traversing the path to become the best Glory player again, and the show follows his exploits in the gaming world.

Ye Xiu: The main protagonist of the show, Ye is a veteran Glory player who was given the moniker “Battle God” during his prime. Being among the first batch of Glory players, Ye quickly rose to fame in the game, and mastered all playstyles. During this phase of his life, Ye also founded and led a team called Excellent Era, and won three consecutive titles in the first three seasons of the game, becoming the first and only founder of a team in the history of Glory to achieve the feat. Ye also boasts four MVP titles, two Rising Star titles, one “One Hit, One Kill” title, and one King of 1v1 PVP title to his name. Despite this illustrious Glory career, Ye was forced to resign from the game and Excellent Era as he refused to take part in sponsorships to earn money. After a brief break, Ye rejoins the game in its tenth season, and starts afresh with a new character called Lord Grim. He turns many heads owing to his early achievements on the new server, and eventually forms another team, called Team Happy. As his form improves over the season, Ye achieves an unprecedented 45 individual winning streak, and leads Team Happy to victory in the professional league.

Chen Guo: The owner of the Happy Internet Cafe where Ye works, Chen is another Glory player who has five years of experience. Back in the day, Chen used to be a huge fan of Excellent Era, but stopped supporting them when she came to learn about Ye’s retirement from the team. Later in the show, she becomes part of Team Happy along with Ye, and serves as the team’s manager.

Su Mucheng: Another main character in the show, Su is also a veteran Glory player. In the fourth season of Glory, Su joined Excellent Era, and became Ye’s best partner. Through Season 4 to Season 7 of Glory, Su and Ye wreaked havoc on Glory and won the title of Most Excellent Partners four times in a row. Later in the show, after Ye returns to Glory and joins Team Happy, Su returns to her old partner and becomes a member of Team Happy.

Tang Rou: The final main character in the show, Tang is a pretty and smart girl who works at the Happy Internet Cafe as a waitress. A failed pianist, Tang has hands as fast as Ye’s and can deal a massive amount of damage to other players in the game. Known for her devastating and savage fighting style, Tang is regarded by many as the best offensive player in Glory. Eventually, Tang also joins Team Happy, and is awarded the title of Best Rookie in the tenth season of the game.