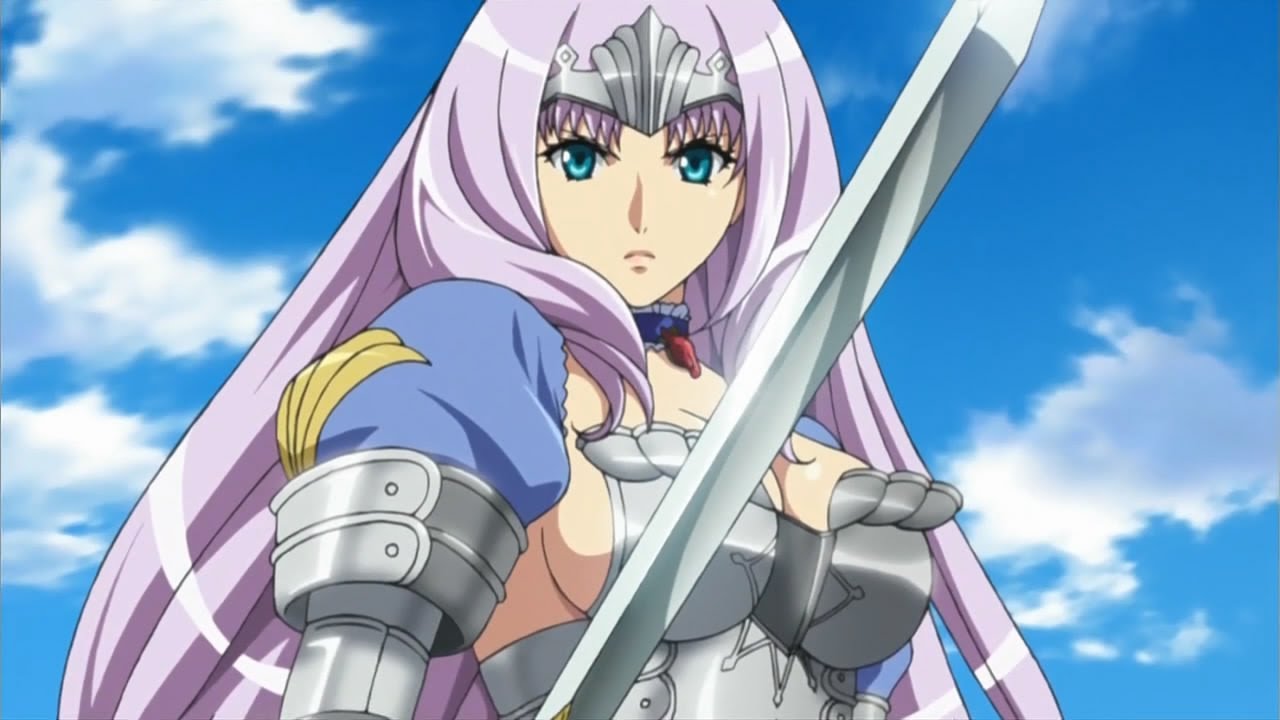 When I think of ‘Queen’s Blade’, the first thing that comes to my mind is not the characters or the plot, but the excessive amount of fanservice that it packs in each of its 20-minute episodes. It seems like it was always the creator’s primary goal to involve a whole lot of fanservice and considering that it is quite a popular Ecchi title, this approach has worked amazingly. The involvement of Ecchi in an anime is more or less of an easy recipe for making it popular.

Shows like ‘Ouran High School Host Club‘ and ‘Monster Musume‘ are also known for having a lot of fan service but what makes these suitable for almost all anime viewers is the quality of their plots and characters. So if you’re a hardcore Ecchi lover and you don’t really care about the depth of the plot of an anime or the development of its characters, you can watch ‘Queen’s Blade’ without really giving it a second thought. But for those who don’t mind the involvement of fan service but at the same time also expect an anime to have some sort of thematic or emotional depth, then this review will help you understand whether ‘Queen’s Blade’ is actually worth your time or not.

Now unless you get easily offended, it’s actually fun to delve into the weird side of anime by watching such shows. But it also takes a special kind of superhuman willpower to stick around after you’ve seen way too many voluptuous anime girls and a protagonist who keeps peeing. Considering the amount of fanservice in each episode of ‘Queen’s Blade’, one episode itself is enough to give you a glimpse of how extreme some anime can be. But surprisingly, it also has a fairly decent plot and more than anything else, it’s quite engaging all the way till the end.

That being said, ‘Queen’s Blade: Rebellion’, which is a spin-off of the main ‘Queen’s Blade’ series, has a well-paced storyline and it makes steady progress by introducing backstories of many of its characters. But if we compare it with the original series, its biggest flaw is that it just breezes through with the introduction of many characters. It opens up some of its old wounds and forcefully involves characters with no reference to the overarching story. So despite being a fairly captivating season, the anime suffers because of its short runtime and its excessive content. So eye candy aside, ‘Rebellion’ can be a little disappointing if you watch it after you’ve seen the main series and expect it to be better.

‘Queen’s Blade Rebellion’ has been licensed under Sentai Filmworks but its official English dub is not available yet. You can still stream it on Crunchyroll with original Japanese audio and English subtitles.

‘Queen’s Blade Rebellion’ is set after the events of ‘Queen’s Blade’ where Gainos and almost the entire continent are now being ruled by the cruel Claudette. While the Thundercloud Queen and the winner of the last Queen’s Blade tournament try to enforce her despotic regime on the people, Annelotte, a brave young knight, takes it upon herself to form a powerful Rebel Army to overthrow the Queen’s rule. Determined to restore peace and order in the continent, she leads a band of Rebels who would do everything they can to fight Claudette.

Starting off with the story, this spin-off takes a different turn from the events of the main anime and instead of covering another Battle Tournament, it changes over to “fighting a corrupt ruler”. For me personally, this story is actually more interesting than that of the main series and it holds a lot more potential. But it fails to do justice, as the pacing is too slow and the writing is off at many places. The main focus of the plot remains the same and is driven by the protagonist’s hunger for freedom from the tyrant queen. It’s extremely rare to find anime shows—especially of this genre—that are so heavily plot-driven. All of this seems quite promising in the beginning, but then because of its lack of necessary character development, it soon goes back to the original tone of season 1.

The technical side of the show has drastically improved and for the most part of it, even the fight scenes are more enjoyable because of the deeper sense of justice that they are driven with. The character designs are pretty much the same, with a little more detailing, and even the color palette seems to be brighter this time. The voice acting is as great as it ever was and even the OSTs perfectly fit in with all of its themes. The opening and ending themes are not memorable in any way but are still good enough to get you a little hyped up for each episode.

When it comes to the characters, the ones that have been newly introduced are enjoyable in some ways but many don’t have any significance in the plot. The main characters and their interaction drive the anime and they play a major role in entertaining the viewers. But if we compare them with the previous seasons, they lack depth and can easily upset the ones who were fans of the old versions.

Overall, ‘Queen’s Blade Rebellion’ is a whole new anime compared to all of its other alternate settings, and it should be seen that way. The villain might not seem likable and you might not agree with her on some of her actions and the various choices she makes. But then if you take that away, you’re left with nothing but superficially attractive anime girls. So on a scale of 1 to 10, I would give it a 6.5 because of the potential that it holds. It could have easily been an 8 with an extended runtime or even lesser number of characters.