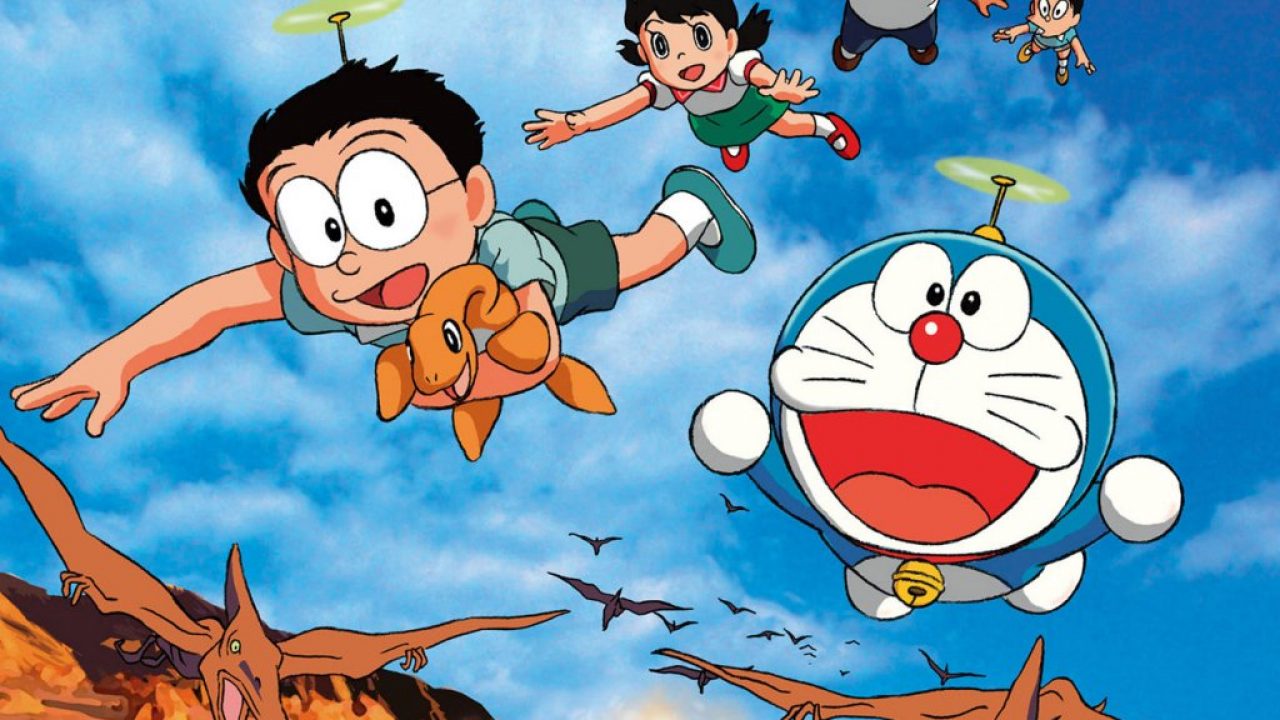 ‘Doraemon’ is the kind of anime that has elements of many other animated series such as ‘Shin Chan‘, ‘Pokemon‘, ‘Rick & Morty‘, ‘The Simpsons‘, ‘The Fairly Odd Parents’, ‘Phineas & Ferb‘, and even ‘Scooby-Doo‘. Despite its late entry into the western world, it has been able to gain quite a huge fan following in a short span. Now, it is not like any other anime shows that you watch today, because it has been specifically made for kids. It’s also a little disappointing when you think how well this anime would have done if it had premiered globally back in the 90s. I surely would have loved watching it alongside ‘Sailor Moon’, ‘Dragon Ball Z‘, and ‘Pokemon‘.

The original run was from 1979-2005 and after being released worldwide in 2005, the anime received an “Americanized” version. This new version of it is not only Dubbed into English but also has several other changes based on cultural differences. A few of these include a change in the setting which has been converted from Japan to the U.S and this includes several screen edits such as transforming chopsticks to forks and even editing the currency to dollars.

Even minor edits that involve changing a doll to a journal or first aid kit to a pizza have played a significant role in making the anime culturally appropriate. These simple revisions not only transform the storyline in a lot of ways but also impacts the personalities of the main characters. One example of this is how Shizuka, the female protagonist, has been made “less girly” for U.S audience. These small yet significant differences, that detract the anime from its original version, initially raised a lot of concerns amongst fans of the original. But even the new version is able to easily capture the fun element of it and that’s all that matters, honestly.

Even after all the edits that slightly take it away from its original version, it is really surprising to see how certain aspects of it still exist. The implied nudity and Ecchi of the anime, albeit censored, is still a major part of it. And though it “claims” to have a western setting, for the most part of it, the backgrounds are still Japanese. Even the characters can still be seen in Kimonos and instead of sleeping on western beds, they sleep on the floor.

One should understand that there’s a big reason why the new version of the anime is being treated as a separate entity by the creators. It is a partially different anime that should be judged separately instead of being compared with the original. And before you start badmouthing the dubbed version, you should take a look at it first; it might just surprise you. So considering all of this, we will further review the anime with respect to how it is a standalone show and not a recreated version of its original run.

‘Doraemon (2005)’ is currently not available on any popular anime streaming platforms but you can still find almost all of its episodes on YouTube. If we get any updates regarding its licensing and online streaming, we will update it here in this section.

Based on a manga written by Fujiko Fujio, ‘Doraemon’ is a new version of the 1979 series that has been specifically altered to make it suitable for an international audience. It centers around a cat robot of the future whose name is “Doraemon”. This cat time travels from the 22nd century and tries to help a young boy named Nobita with his day to day problems as a school going kid. He has a four-dimensional pouch around his waist that contains several futuristic gadgets. He uses the gadgets to help Nobita, but these gadgets actually cause more harm than good and end up worsening Nobita’s situation. But along the way, the two of them get to learn several lessons about embracing the present moment and the process of growing up.

The story of ‘Doraemon (2005)’ is pretty basic and is the same as the original version. As discussed in the plot section, it’s all about a cat who introduces new gadgets in each episode and tries to help out one loser of a character named Nobita. Almost every episode has its own standalone story and the characters rarely go through any changes. This may not sound all that interesting, but its formulaic approach packs a lot of fun and will definitely entertain you.

The characters have no real development but have their own quirks and eccentric traits that make them fascinating. The main character, Nobita, can often be annoying because of how miserable he is. He’s such a big loser that he makes Charlie Brown look like Superman, but it’s this trait of the character that eventually becomes a defining plot point of each episode. His stupid antics always teach him a lesson or two and as a viewer, the boy’s immature nature and mannerisms might also remind you of some of your old childhood memories. The other main characters are also quite entertaining in their own unique ways and though a lot of them bully Nobita all the time, they still manage to get along really well.

The animation has an intentional retro style and it’s amazing how the new version also involves some modern gadgets that make references to the internet and other modern conveniences. Even the character designs have been updated in the new version, but somehow, these still remind you of the original characters; which is actually a good thing. Overall, ‘Doraemon’ is an entertaining kids anime and a commendable job has been done in recreating it for a global audience.