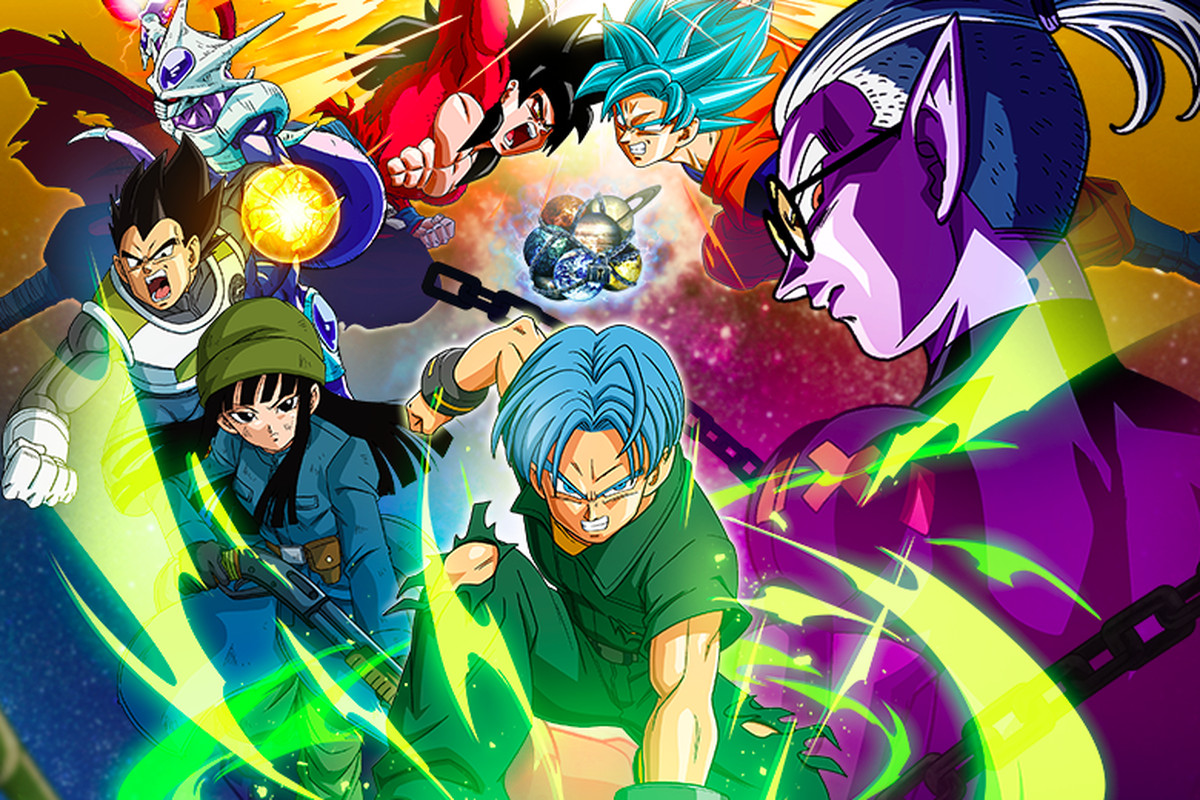 ‘Dragon Ball Z‘ has become one of the biggest anime franchises over the years and it now includes everything from movies to live-action projects to even video games. Out of all these different installments of the franchise, the one that has recently caught everyone’s attention is ‘Dragon Ball Heroes‘. ‘Dragon Ball Z’ was revolutionary when it first premiered in the late 90s, but somewhere along the way, I’m pretty sure that its huge initial fan following diminished into nothingness as a whole generation matured and reached a level of saturation with the anime. And that’s exactly how it is with other long-running franchises as well. While most viewers never really got past ‘Dragon Ball GT’, there are still some loyal fans who follow the franchise. But is ‘Dragon Ball Z’ still the same or has it become a victim of lethargy, pretty much like other long-running franchises, especially ‘Pokemon‘?

Now to get things straight, let’s just clear out that ‘Dragon Ball Heroes’ has nothing to do with ‘GT’ or ‘Super‘. It is in no way a sequel to any of the main series and for the most part of it, it’s more or less of a promotional ONA for the gaming series it has been adapted from. Unlike most other anime out there, each episode of ‘Dragon Ball Heroes’ is only 5-8 minutes long and each of them has only been made for giving a sense of “fun” to those who have experienced the game at least once. Just think about how crazy all Fortnite players would go if the game creators decided to create a miniseries for them. The idea behind ‘Dragon Ball Heroes’ is pretty much the same and as entertaining as it might seem, it comes nowhere close to being as good as the main series. The anime is all about enjoyable scenarios that will appeal to a global audience. These scenarios might even evoke your interest in the game and that’s the whole purpose behind it.

Lately, some die-hard fans of the franchise have been very critical about it and have been compelled to analyze the show. But these fans fail to realize that ‘Hereos’ was never meant to fit in with the franchise like a missing piece of a puzzle. You’re just supposed to watch it and reminisce the good old days. The anime is not particularly great but it is fairly entertaining. Just make sure that you take the whole series with a grain of salt without obsessing too much over its links with the main story. Just try seeing it as fanservice.

‘Dragon Ball Heroes’ premiered on July 1, 2019 and is still airing. So far, 15 episodes of the anime have been released and last of these aired on September 5, 2019. There have been no official confirmations about the release date of its next episode, but it is speculated that it will be out by the end of October, 2019.

‘Dragon Ball Heroes’ is not available on any legit streaming platforms yet but you can still find most of its episodes on YouTube with its original Japanese audio and English subtitles.

After the events of the Tournament of Power, Goku and Vegeta expect Future Trunks to join them on their training on Beerus’s planet. But Future Mai informs them that he got abducted by a mysterious force known as Fu and is now being held on Prison Planet. The Planet is under the control of Freiza’s brother who goes by the name “Cooler”. When they arrive on the planet with Mai, they meet their Time Patrol counterparts who have been sent there to rescue Fu from an evil Saiyan criminal named Cunber. An intense battle ensues and the whole planet gets destabilized in the process. As the planet self-destructs itself, the heroes somehow manage to escape their Xeno versions and return to their alternate realities.

Starting off with its story, ‘Dragon Ball Heroes’ does not offer anything great. The story does hold a lot of potential but lacks the pace that is necessary for the development of its characters. With episodes that barely last of 8 minutes, it’s pretty much like watching the walkthrough of a game. A whole lot of content is thrown in these short episodes but all of this is without any development. Unlike the fight scenes of the main series, none of the battles last too long and are absolutely meaningless. Because of its lack of a slower build-up, the power-scaling and even the transformations of the characters seem boring. Even the villains of the show could’ve have been really interesting but because of their lack of development, they are just characters with 2D personalities. It’s basically just Dragon Ball junk food with nothing more than bland fight scenes.

While the art style is quite impressive, the animation quality is not at all up to the mark. Created by Toei Animation, the studio responsible for producing the main series, the animation quality is poor and though its consistency can be appreciated, the subpar character designs are a big turn off. The battle scenes have been animated well and even the character movements are quite smooth. But I personally feel that even if the goal was only to get the viewer to play the game, the battles somehow killed the purpose by portraying nothing refreshing.

Overall, if you haven’t seen it yet, try not to get your hopes up. This anime is certainly not for all ‘Dragon Ball’ fans and will only be enjoyable for those who can look beyond its numerous evident flaws. On a scale of 1 to 10, I would give it no more than a 5 because it never really gives you an impression that it is related to the main franchise. It just comes off as shallow fan-fiction.