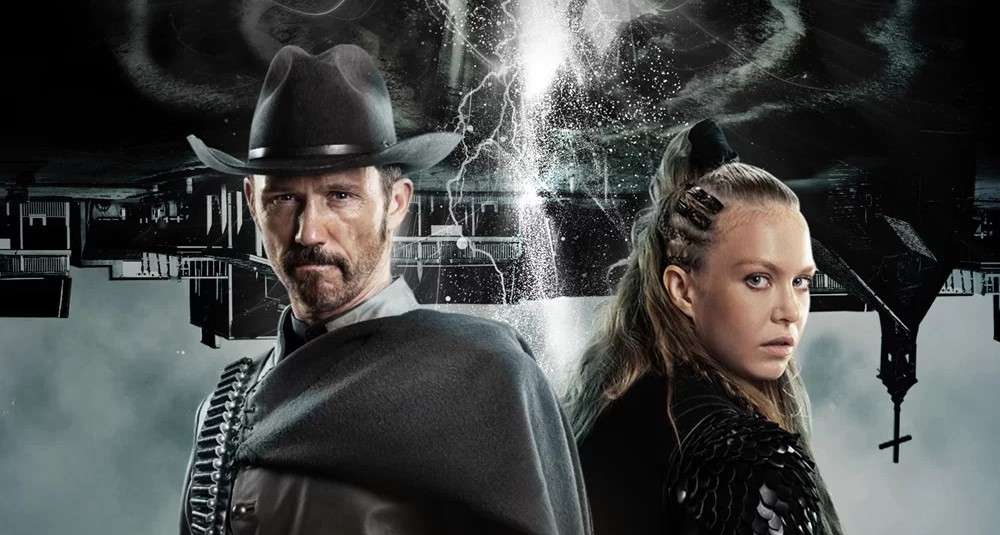 Netflix’s ‘R.I.P.D. 2: Rise of the Damned‘ is a Western action-comedy film based on the comic series by Dark Horse Comics. Set in 1876, the movie is a prequel to the 2013 film, ‘R.I.P.D.’ and centers on Roycephus Pulsipher, a sheriff who loses his life and becomes an agent in the Rest In Peace Department. When he discovers that a gateway between Hell and Earth has been ruptured, Roy and his partner Jeanne, set out to fix the anomaly. Little do they know, the breakage of the boundary isn’t merely a coincidence but a purposeful act of an evil entity. Here’s everything you need to know about the ending of ‘R.I.P.D. 2: Rise of the Damned.’ SPOILERS AHEAD!

The film begins with a mysterious incident in Red Creek, Utah. An unknown man is digging the ground at a mine in search of gold. But, he unwittingly shatters the land, out of which an evil soul escapes and possesses the man. A month later, in Wyoming, Roy, the sheriff of Horseshoe, goes to pick his daughter and her fiance up from the station. Right then, a group of bandits called the Samuels attack the people. While the sheriff takes out one bandit at a time, someone shoots him from behind.

The sheriff is transported to an office in the afterlife and learns he’ll be joining the Rest In Peace Department (R. I. P. D.) His job is to bring back dead people who have escaped judgment and are roaming on Earth. The sheriff takes on a new case about the man who broke open the land earlier. As it turns out, it is a barrier between Hell and Earth, and the man’s name is Otis Claiborne. For this, Roy returns to Earth and finds a partner, Jeanne, from the department. As the story progresses, he learns that his daughter’s fiance was also killed in the bandit attack and swears to take down the bandits. Although Jeanne asks him to leave the Samuels alone and focus on his mission, he sets out to track the Samuel brothers.

After finding them, he engages in a fight, during which he realizes that the Samuels are dead people possessed by evil souls. Furthermore, they weren’t at the station to rob people but to kidnap them for Otis Claiborne and take them to Red Creek. It is the same place where the ruptured gateway exists. Roy and Jeanne follow this trail with one of the Samuels called Slim, who they plan on returning to the R. I. P. D. Roy also finds one of the bills which say Slim shot him, but Samuel denies it. When Roy and Jeanne reach Red Creek, they discover that Otis is making humans dig further and completely break open the barrier, leading to all damned souls rising from the Underworld and creating Hell on Earth.

R.I.P.D. 2 Ending: How Did Roy and Jeanne Close the Gateway to Hell?

After reaching Red Creek, the partners check into a hotel and leave Slim. The two head towards the mine where the digging is happening but get abducted by Otis’ henchmen. When Otis learns about the two, he knows Roy and Jeanne are R.I.P.D. officers. So he throws them into a cage and throws them into Hell. While inside, they learn that Otis is making the humans dig because the evil soul within him can’t do it himself according to the laws of God. 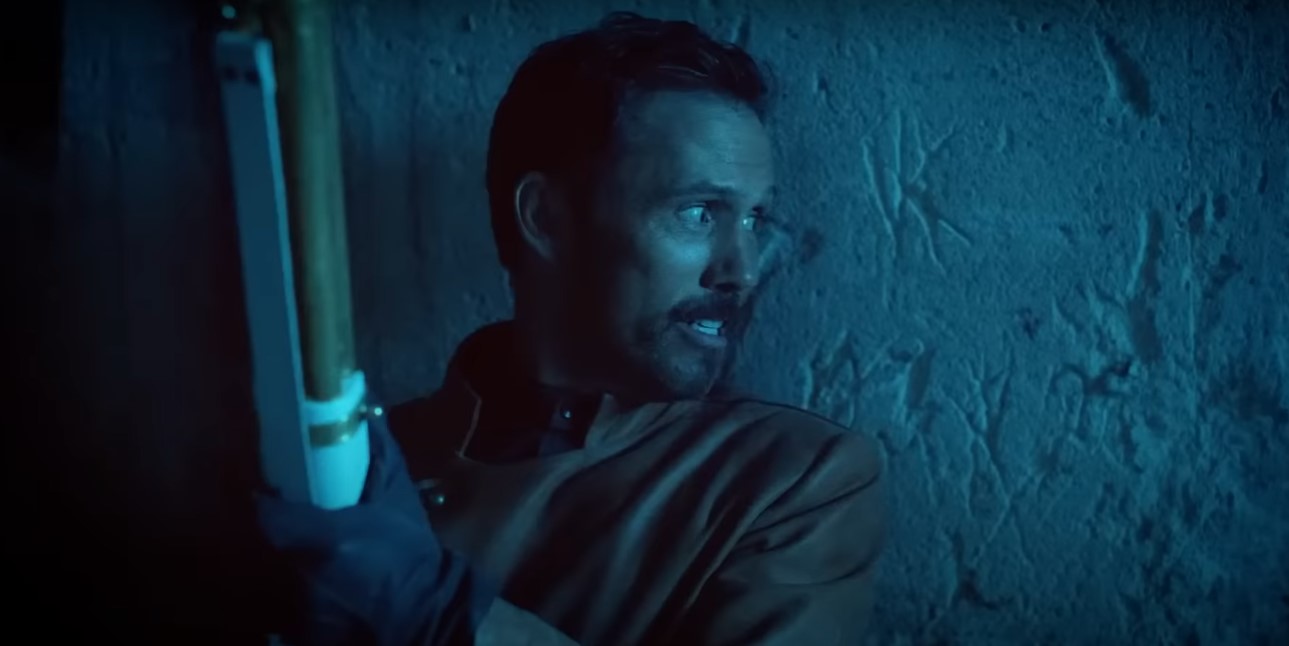 Jeanne also realizes that poisonous gases are coming out from the rupture, thus causing illness to people. However, Roy doesn’t yet know how Jeanne comes to know this. At this point, it is revealed that Jeanne is essentially Joan of Arc, who died in 1441. As a staunch believer of the bible, she knows everything about God, the Devil, Heaven, and Hell. Jeanne tells Roy that she possesses the tears of Christ, which will extinguish the Hellfire when thrown in the center of the gateway. If they are successful in doing so, the gateway will shut close once again. However, the two do not know how to break out of the cage.

With some help, Slim leaves the hotel to prove that he didn’t kill Roy and he is a good soul. So he reaches the mine and frees the two R. I. P. D. agents. But by this time, the gateway is shattered, and evil souls have begun emerging from the depths of Hell. Although it is clear what the three need to do, Jeanne is unable to go ahead. She fears fire because of how she was burnt, but Roy encourages her to fight because it’s her moment.

As Slim and Roy take down the damned spirits, one of the souls gets the better of Roy and is about to push him into Hell. Jeanne arrives at the right moment, and with one leap, she manages to drop the tears of Christ into the Hellfire and kill the evil soul. The gateway thus shuts, but somehow Otis’ body is still possessed by a spirit. Otis’ body warps, and the real spirit unravels himself.

Jeanne instantly recognizes him as Astaroth, one-third of the evil trinity. Astaroth engages in a face-off with Roy and Jeanne. The right hand of the Devil overpowers the two without breaking a sweat. Roy takes the remaining tears of Christ from Jeanne’s vial, puts them in his gun, and shoots Astaroth, thus killing him. However, there’s still the mystery of who shot Roy from behind. Who really killed the sheriff, if not Slim? 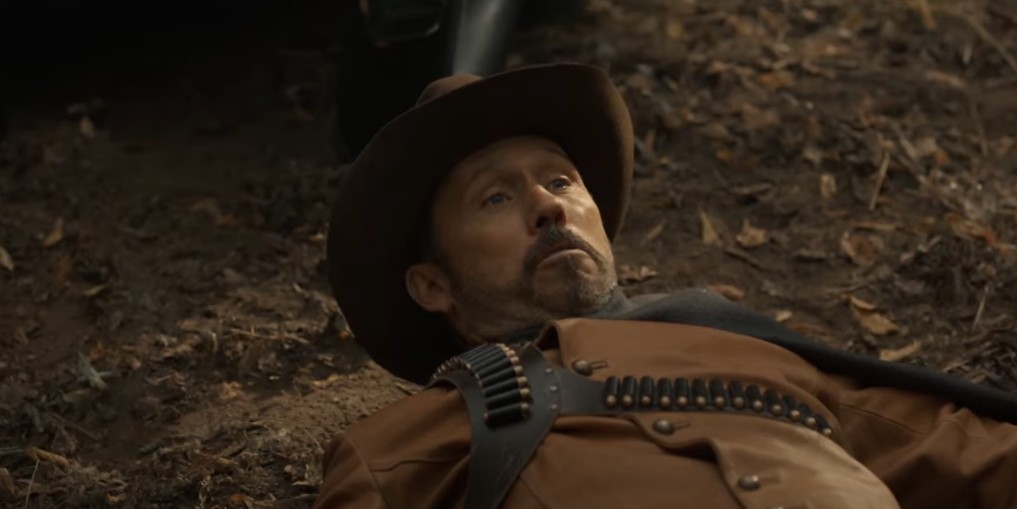 The Mayor of Red Creek, Julius Butterfield, kills Roycephus Pulsipher. When Roy takes out the bandits at the Horseshoe station, the mayor is on a train. He mistakes Roy for a bandit and thus shoots him from behind. Julius Butterfield is also the hotel owner in which Roy and Jeanne check in. One of the staff finds printed bills in his drawer with Slim’s face on them. In the end, it is revealed that Butterfield didn’t want to get caught for killing the mayor. So, he printed 500 bills that deemed Slim as the killer. This proves that although Slim worked with the Samuel brothers, he is innocent in this case.

Is Slim a Good Soul or a Bad Soul?

Slim is a grey soul who turns into a good one by the film’s end. In the movie, Slim has a likable demeanor. Although he does indulge in crimes like stealing, he seems practically harmless. When Roy and Jeanne check into the Hotel at Red Creek, Slim steals Roy’s gun but doesn’t use it against him. He does this to show how he is a good soul. Later, when he rescues the R. I. P. D. agents and even fights the evil souls. After the gateway is closed and Astaroth is killed, Slim becomes the new sheriff of Red Creek. Jeanne tells him that she will pick him up when it’s time to judge whether Slim is a good soul.

When all things are considered, Slim is a good soul. Initially, he is a grey character who participates in the Samuel bandits’ activities. However, as it turns out, he has never hurt a soul. In fact, even the staff at the hotel affirms how he helped her. In the end, Slim practically helps Jeanne and Roy save the world; without him, there would have been Hell on Earth. So, saving the world is a good enough reason for the R. I. P. D. to absolve him of his petty crimes and deem him a good soul.

Read More: Will There be a Rise of the Damned Sequel?