Raishel Jones: Where is Mind Your Manners Participant Now?

Netflix’s ‘Mind Your Manners‘ is a reality series that revolves around the concepts of manners and lifestyle. The show focuses on international etiquette teacher Sara Jane Ho who attempts to better the lives of her clients through changes in their daily routine, way of dressing, and thought processes. Those who come to the coach are not just looking to learn etiquette but hope to work on themselves with her help and expertise.

The show’s first installment featured many of Sara’s clients, whose stories were nothing short of captivating. One of the season’s favorites was Raishel “Rai” Jones, whose journey as a strong woman looking to change her life resonated with many. So, if you are curious about her current whereabouts, we are here to discuss the same!

As a stay-at-home mother, Raishel Jones hoped to break her monotonous routine and return to her life as a working woman. Having been out of the professional world for about ten years, she felt she needed all possible help. To ease her transition, Raishel approached Sara in hopes of refining her lifestyle and getting career advice. Their first meeting happened over afternoon tea, where the teacher educated her about cutlery use.

The two women also bonded over their love for their deceased mothers and how much they helped shape the duo’s lives. Together, Sara and Raishel worked on improving the latter’s resume to find the perfect work match for her. While talking to her, the coach discovered her passion for fashion. Raishel had not worked professionally for the past ten years but participated in various fashion shows and won 13 sashes.

Sara advised that Raishel should exclude her work during her college years from her resume and instead include her awards. The latter then confessed that she would like to work in a Non-Profit Organization to help others and serve as a role model for her daughters like her own mother. Later, Sara invited Raishel to attend a lesson from a Kung Fu master. Though initially baffled about its reasoning, she soon found herself enjoying the process and realized how much martial arts help improve one’s confidence.

Soon, Sara took Raishel to Dress For Sucess in Sydney, an organization that aims to help women enter the workforce by giving them the best attire possible for their interviews. The two met up with CEO Leisa Sadler, who wanted to see Raishel in action. The task for the latter was to dress her coach for a job in the insurance sector. Although Raishel’s first clothing choice did not sit well with Sara, the etiquette teacher adored the second look, much to their relief. Leisa then asked her to return after a week to help other women dress up. 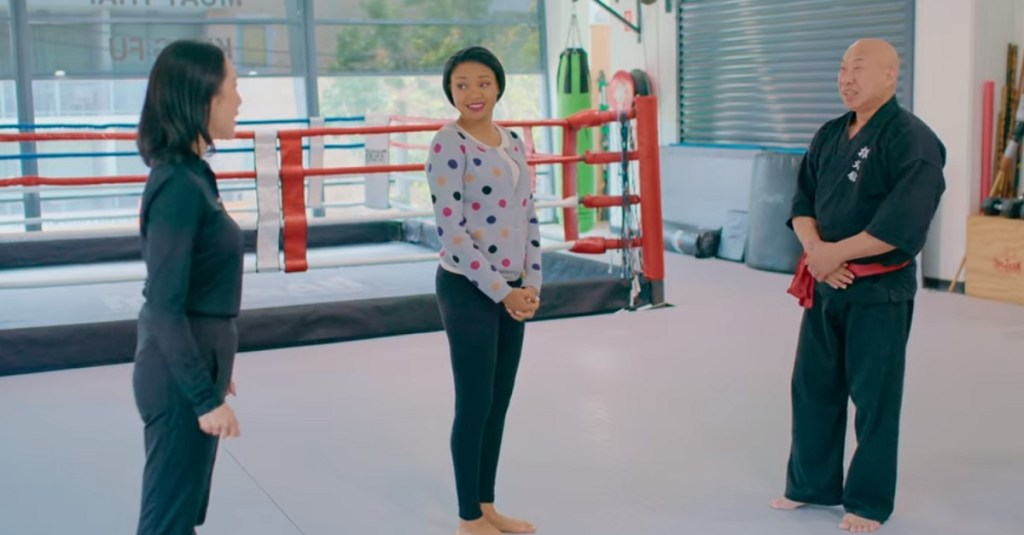 Before Raishel started working again, Sara invited her to a dumpling-making session. While there, the mother of two met several other women who had once been in a similar situation. Knowing that she was not alone in her experiences gave Raishel a massive dose of confidence. Moreover, Sara presented her with a graduation certificate and a lovely gift. Eventually, the time came for Raishel to help others get dressed for their dream jobs, and seeing the happiness on the faces of her clients made her feel quite good.

Where is Raishel Jones Now?

As of writing, Raishel Jones is thriving in the fashion industry. The reality TV star and her two daughters recently got the prize for being the second-best-dressed family at the Myer FOTF competition on Stakes Day 2022. Besides, Raishel seems to be attending several fashion-forward events and enjoying her life to the fullest. Though she has been staying in Australia for over ten years, she got her Australian citizenship in May 2022.

Raishel likes to spend time with her adorable family when not creating waves in the fashion industry. She and her husband, Matthew, have two beautiful daughters, Madeline and Penelope. The two girls seem eager to follow in their mother’s steps as a fashionista, which gives Raishel immense joy. In addition, the happy family has an adorable dog they love with all of their heart.