Raymond & Ray Ending, Explained: Why Did Harris Want His Kids to Bury Him?

Written and directed by Rodrigo García, ‘Raymond & Ray’ is an Apple TV+ comedy-drama road-trip film. The story revolves around two brothers (later revealed to be half-brothers), Raymond (Ewan McGregor) and Ray (Ethan Hawke). After learning about their father’s passing, they reluctantly decide to attend his funeral. We learn that both Ray and Raymond were estranged from their father, Harris, and their reasons for that are explored separately and collectively. ‘Raymond & Ray’ navigates through the story it tells leisurely, exploring the two men’s responses to the death of their father. Here is everything you need to know about the ending of ‘Raymond & Ray.’ SPOILERS AHEAD.

The film begins as Raymond arrives at Ray’s home late one night to deliver the message of their father’s passing. In response, the first thing that Ray asks involves whether Harris’ death was a case of suicide. Although initially, Ray has no desire to attend the last rite of a man who made his life miserable, he still decides to accompany the other man to the outskirts of Vermont, where Harris spent the last few years of his life, knowing that Raymond has suffered more in the hands of their father. 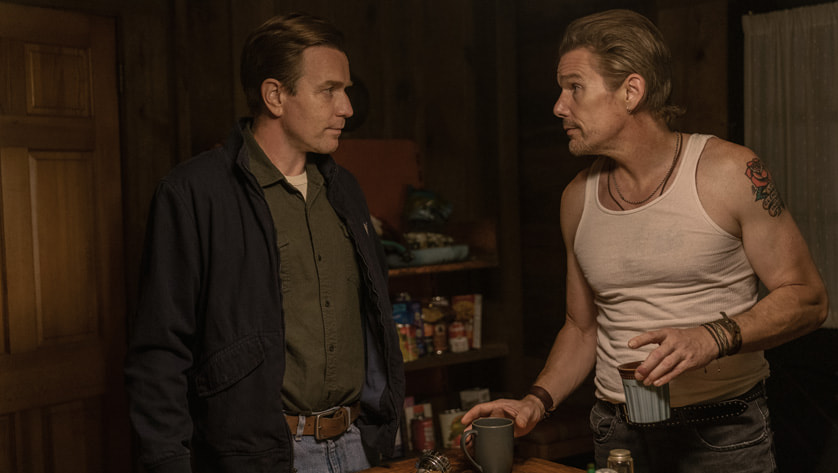 Raymond and Ray have grown up together. One of their mothers was Harris’ wife, while the other was his mistress — we are never told who was whom. They were inseparable throughout their childhood, but as it often happens with growing children, as they grow up, priorities change. Harris has left long-lasting marks in the minds of these two men, and the more time they spend dealing with the arrangements, the more those marks of emotional abuse become apparent.

Almost inevitably, Ray and Raymond grow frustrated and angry with each other during the service because of how the other man is responding to their current circumstances. Ray wants Raymond to be visibly angry at how horrendously their father treated him, while Raymond wants Ray to behave with a modicum of respect toward the situation, even if the man didn’t deserve it.

Raymond & Ray Ending: Why Did Raymond Didn’t Reveal to Ray That He Was Not His Real Brother?

Before his death, Harris left explicit instructions on how his funeral is to be conducted, and Raymond and Ray, despite their years’ worth of justifiable resentment, go through with it. While digging the grave, which is one of the instructions that Harris left behind, they find out that they have at least three other half-brothers. When Lucia, the woman who took care of Harris in his final years and is the mother of his son Simon, insists on the coffin to be opened so Simon can get one last look at his father, we learn Harris wanted to be buried, not only nude but also with his face down. At the end of the funeral, again following the wishes of the deceased, Reverend West gives five letters to Harris’ five sons.

We will never know what the other three letters say, but Raymond and Ray read their letters on the screen. Harris’ letter to Ray is short and to the point. He calls Ray the golden boy, likely due to how talented he was as a child, before admitting that he didn’t know what to do with him. In contrast, his letter to Raymond is longer. In it, Harris accepts the wrongs he has done to Raymond over the years before revealing that Ray isn’t his son. Ray’s mother was already pregnant with him when she and Harris got together. They went along with the façade because Harris loved Ray’s mother. Harris ends the letter by telling Raymond to do what he will with that information, adding that he trusts him. 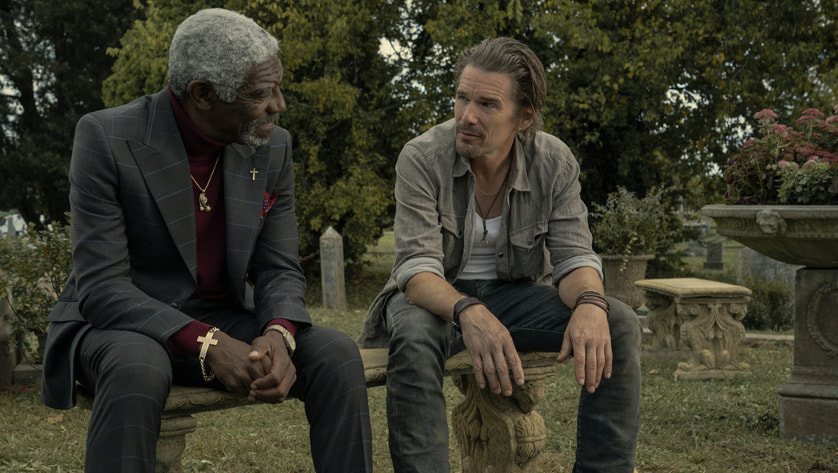 One thing to ponder here is that he could have told Ray all this in his letter to him, and things didn’t need to have become complicated between his sons. Ray’s mother is dead, so if Harris would have conveyed the information to Ray in the letter, the only man whose life would be affected would have access to it. By sharing it with Raymond, it’s almost like Harris is reaching out from the grave and asserting his presence in the lives of his children.

When Ray and Raymond meet outside Lucia’s home, the latter doesn’t tell the former about the letter. Now, it can be because he doesn’t want to complicate things with his half-brother when their relationship has just started to improve. It is also possible that he withholds the information, for now, intending to share it later. After all, they agree to meet in the coming weekend, and Raymond promises Ray they will talk about their father. The revelation is bound to have some effects, no doubt. But it seems Ray and Raymond are more connected through their shared experience than blood. They will be alright.

How Did Ray and Raymond Become Estranged From Their Father?

Harris was a horrible parent to both Ray and Raymond and a horrible partner to their mothers. He was emotionally and physically abusive and did these small cruel things that made their lives miserable. He gave them the same name, and their mothers had to call one Ray and another Raymond to avoid confusion. Still, Harris would call Raymond Ray and Ray Raymond, wreaking havoc. In school, Raymond was the athlete, whereas Ray was a Straight A student and a music prodigy, but Harris attended Ray’s games.

The upbringing was tough, especially for Ray, who started using heroin. He got cleaned when he met his wife Athena, but she died of cancer. As for Raymond, he has been married three times, and none of them worked out. Harris slept with one of Raymond’s wives, which resulted in the birth of a son, the only child born during Raymond’s all three marriages.

As Lucia tells Raymond, Harris tried to be a better man in the final years of his life. He was a good partner to Lucia and a good father to Simon. But that doesn’t erase the harm Harris had inflicted on his two oldest sons. At the same time, neither Ray nor Raymond can’t look back into their past without being reminded of the fond memories they made with their father. Ray admits that it would have been much easier if that weren’t the case. If any message that ‘Ray & Raymond’ wants to convey as a film, it is of forgiveness. By the end of the film, it seems that both protagonists find the desire within themselves to forgive their father — even if it’s not for him but their own sake.

Why Did Harris Want His Children to Bury Him?

One of the interesting and somewhat unexplained aspects of the narrative is Harris’ insistence on his burial and the rules he wanted to be implemented in that regard. We learn that he had lung cancer and died from congestive heart failure. His sons claim that he was not particularly religious, even though he changed faith multiple times. Reverand West believes that Harris was a seeker. Lucia thinks that Harris wasn’t afraid toward the end.

All this makes his instructions about his funeral quite baffling. One possible reason is that Harris thought he deserved to be punished for how he treated his two oldest children and their mothers. His instructions may appear random, but they seem to have a pattern. Harris’ desire to be buried naked and face down in a simple and cheap coffin in a grave dug by his sons and marked by a gravestone without any dates probably indicates that he believed himself to be an outlaw. He lived his life by his own rules and caused much misery to others. Perhaps, in death, Harris wanted to confront the realities of his life and who he truly was.

Read More: Is Raymond & Ray Based on a True Story?