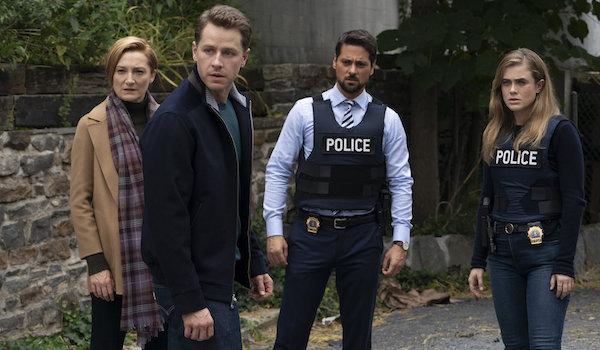 ‘Reckoning‘ is an Australian serial-killer series that is set in a small, coastal Californian town. One of the tensest premises of the series is how the two central characters, one of whom is a serial killer, keep running into each other. Apparently, the series explores the male psyche through its serial killer plot and how both the characters are depicted to be family men. Hence, it may be considered to be similar to the third season of ‘The Sinner’ which portrays male vulnerability as one of its minor themes.

The two men in question are played by Sam Tramell and Aden Young. The latter is best known for the Sundance TV drama series, ‘Rectify,’ while the former has gained prominence for starring in ‘True Blood‘ and ‘Homeland.’

Where is Reckoning Filmed?

As mentioned earlier, ‘Reckoning’ is set in a small, coastal town in Northern California. The serial-killer drama incorporates the small-town story tone and feel, showing its two central characters constantly running into each other. Although the show is set in Northern California, ‘Reckoning’ is an Australian production. Hence, many viewers must have wondered where the show has been filmed.

Despite the show being set in California, it has not been filmed in the state. In fact, ‘Reckoning’ has not even been filmed in the United States. Filming for the drama series was carried out in Sydney, Australia. This was confirmed by a filming activity notice that a Twitter user posted:

Why on earth would they be filming in Sydney if it’s meant to be set in California??? 😂😂😂 pic.twitter.com/mPNeRX2Hdk

Apart from that, filming was also carried out around the Northern beaches, Richmond St Ives, Centennial Park, and Auburn. Here is what one of the producers told Ausfilm about filming in Sydney: “The process has been relatively straightforward. Finding residential streets, houses, and buildings that resemble Californian architecture hasn’t been difficult. The beaches and waterways are alike, and areas of vegetation are similar. It’s particularly helpful that Eucalypts are also prevalent in California. It’s really only the vehicles and streets that require a bit more consideration and planning.”

Apart from that, IMDb also mentions how filming was carried out at Fox Studios in Moore Park. Have a look at the following photo which shows an after-shoot party picture:

During Thanksgiving, I thank the universe for my health, family, friends, career, and overall happiness in my heart! Particularly, for the filming of “Reckoning” in Australia this year! @Samtrammellofficial rocked the lead role!! #Reckoning #Sydney #TVSeries #Australia pic.twitter.com/h8QvBQSwaT