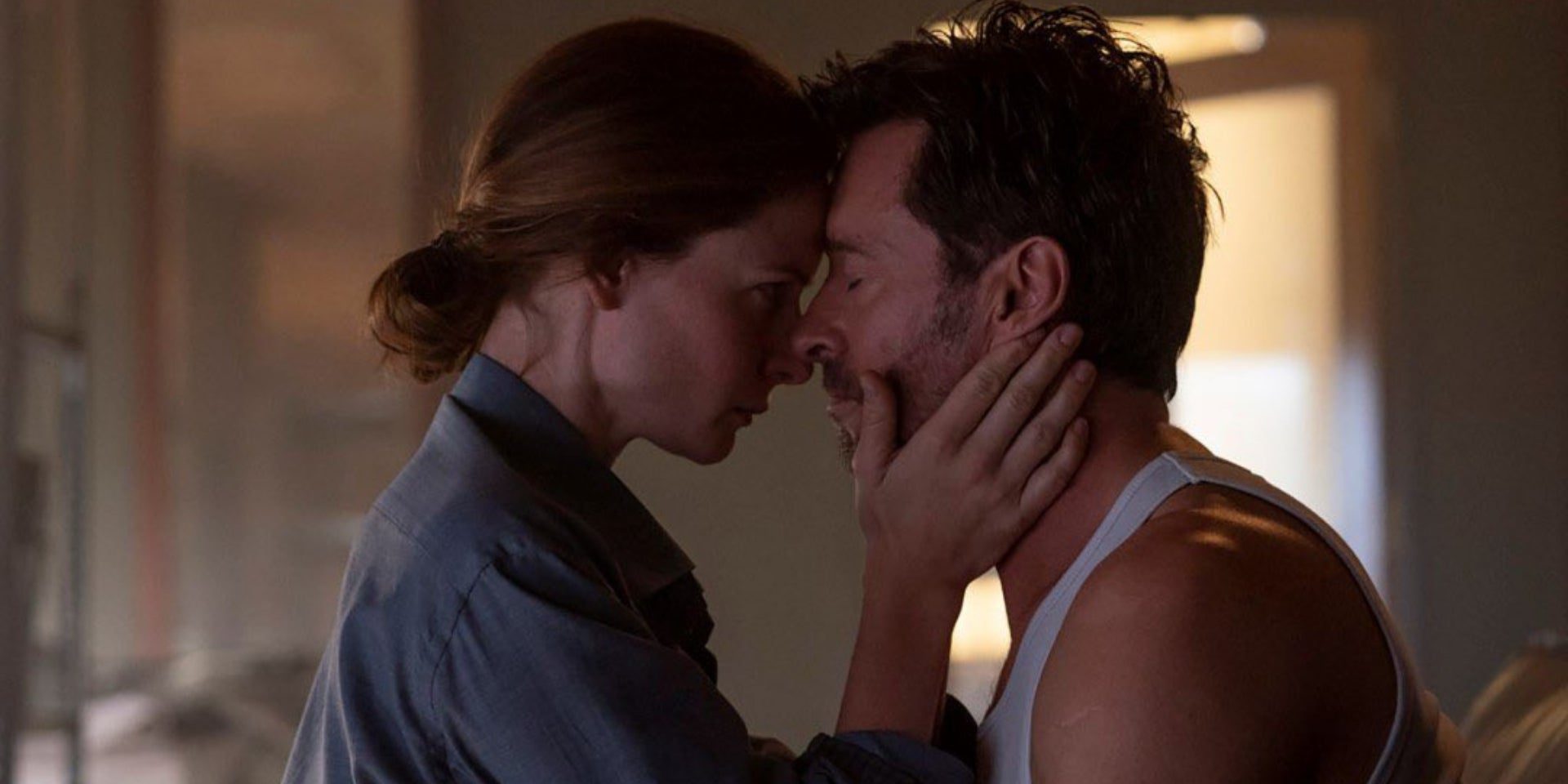 Lisa Joy is known for her outstanding work on HBO’s mind-bending series ‘Westworld.’ Therefore, it is no surprise that her feature film directorial debut, ‘Reminiscence,’ is an equally complex sci-fi tale. Set in the near future, the film follows Nick Bannister, an investigator of minds and memories who becomes obsessed with uncovering the truth behind his lover’s disappearance. Nick’s obsession leads him to the darkest corners of the world, one where people turn to the past to escape their harrowing present.

As Nick’s enthralling quest comes to an end, one is bound to lose themselves in the heartwarming conclusion. If you dared to climb down the rabbit hole of past and memories that is ‘Reminiscence,’ it is possible that you got lost at some point. Don’t worry! We are here to guide you through the movie’s ending. Here’s everything you need to know. SPOILERS AHEAD!

‘Reminiscence’ is set in the not-so-distant future where climate change has affected the world. Humanity is forced to live at the mercy of tides on whatever dry land that greedy and selfish land barons haven’t seized. With a bleak future and restless present, people are turning back to the past to find a sense of comfort. To access the past, people in Miami turn to Nick Bannister (Hugh Jackman). Nick and his associate, Watts, help them relive their memories through a process known as reminiscence.

On one usual day at work, Nick gets acquainted with Mae (Rebecca Ferguson), a singer who comes looking for a memory. Nick is enamored with Mae and follows her. They quickly fall in love and dream of sharing a future together. However, we learn that Mae has disappeared without a trace, and Nick has been reliving the memories in hopes of finding a clue that will lead him to Mae.

Nick also works as a consultant for the District Attorney (DA) and uses his expertise in investigating memories of others to help prosecute criminals. During one such investigation, he learns about Mae’s past. She worked for a drug kingpin named Saint Joe and was a drug addict. Unable to comprehend that his lover lied to him, Nick’s desire to find Mae turns into an obsession that leads him into the midst of a grave conspiracy.

Reminiscence Ending: Does Nick Find Mae? Is She Alive?

As the film progresses, we learn that Mae was working with a corrupt cop named Cyrus Boothe, who knows about her past. She meticulously planned everything to steal the memory data of Elsa Carine, one of Nick’s customers. Elsa was having an affair with the land baron Walter Sylvan, and they have a child together. Walter is dying, and so that he does not have to split his estate, he orders Boothe to kill Elsa and her son. Boothe blackmails Mae to work with him.

Towards the end of the film, Nick finds Boothe and learns the truth. He accesses Boothe’s memories and finds that Mae actually saved Elsa’s son Freddie. In the memory, we see that when Boothe tortures Mae to reveal Freddie’s location, she cleverly leaves a clue so that only Nick can find Freddie. Mae then consumes drug pills and falls off the roof. Nick does find Mae in Boothe’s memories, but by then, she is already dead.

Earlier in the film, Nick is hurt after finding the truth about Mae’s past. He questions whether Mae truly loved him or simply conned him. However, he is unaware that his love changed Mae. She tries to be a better person, but her past catches up to her. In her final moments, she is able to profess her love for Nick. She sacrifices herself to save Freddie, proving that Nick’s love has truly changed her. Ultimately, Nick and Mae’s love story ends in a tragedy.

How Does Nick Solve the Sylvan Conspiracy?

In the final act, we are led to believe that Walter tried to kill Elsa and Freddie. Through Boothe’s memories and phone records, Nick is able to find the real perpetrator of the conspiracy. As it turns out, Walter’s son Sebastian hired Boothe. Nick hands over all the proof to the police. While we do not see what happens to Sebastian, it is safe to say he is taken into police custody and rots away in jail.

Ultimately, it is Mae’s love that helps Nick solve the conspiracy. Without her clues, it would have been impossible for Nick to piece together the truth. Earlier in the film, the DA remarks that the law does not apply to the rich. Nick proves that wrong by finding evidence against Sebastian and bringing him to justice. The entire scenario represents the socio-political and economic climate of the modern world where morality is fading. The ending proves that good will always prevail over evil no matter how blurred the lines between them get.

In the final moments, we see that Nick confesses to burning Boothe in the tank on purpose. Given how accessing the past has become an integral part of law and prosecution, such an act is punishable, and Nick could receive a death sentence. However, thanks to his part in solving the Sylvan conspiracy, Nick is able to cut a deal with the DA. He lives the rest of his days in the tank and relives the time he spent with Mae over and over again while an older Watts looks over him. Nick does not die; he simply stops living in the linear flow of time. Instead, he chooses to reunite with his love, Mae, in his reminiscences.

What Is the Significance of the Final Scene?

The final scene is a memory of Mae that Nick is reliving in the present. Mae asks Nick to hell a story with a happy ending. Nick responds that all endings are sad; it is the stories that are happy. She then asks him to tell her a happy story and end it in the middle. Nick tells Mae the story of Orpheus and Eurydice without revealing the tragic ending. The movie ends with Nick and Mae kissing.

Nick and Mae’s love story has many parallels to that of Orpheus and Eurydice. In the Greek legends, Orpheus and Eurydice were lovers who were separated after Eurydice died. Orpheus made his way into Hell (or the Underworld) and convinced Hades (the God of the Underworld) to allow him to return with Eurydice’s soul. Hades agreed on the condition that Orpheus will not look behind on his way out of the Underworld. Nick ends his story at this point. However, in the actual story, Orpheus does turn back. Thus, Eurydice is trapped in the Underworld forever. Orpheus also dies shortly afterward. However, his head is preserved.

Reminiscences can be seen as a parallel to the Underworld. Nick’s quest is similar to that of Orpheus, and both their stories end in a tragedy. Earlier in the film. Mae does come back to Nick, but he is too busy looking into the past, and Mae dies later. This can be seen as a parallel to Orpheus turning back. Towards the end, Nick loses faith in his love and begins to believe that Mae tricked him.

Nick ending the story of Orpheus and Eurydice in the middle can be interpreted as a promise to Mae that they will be together forever. The time Nick spent with Mae is the middle part of his love story, and Nick returns to it so that he and Mae can live happily ever after. Thus, Nick fulfills his promise, and the film ends on a bittersweet note.

Read More: Where Was Reminiscence Filmed?