Resurrection Ending, Explained: Are Ben and David Dead or Alive? 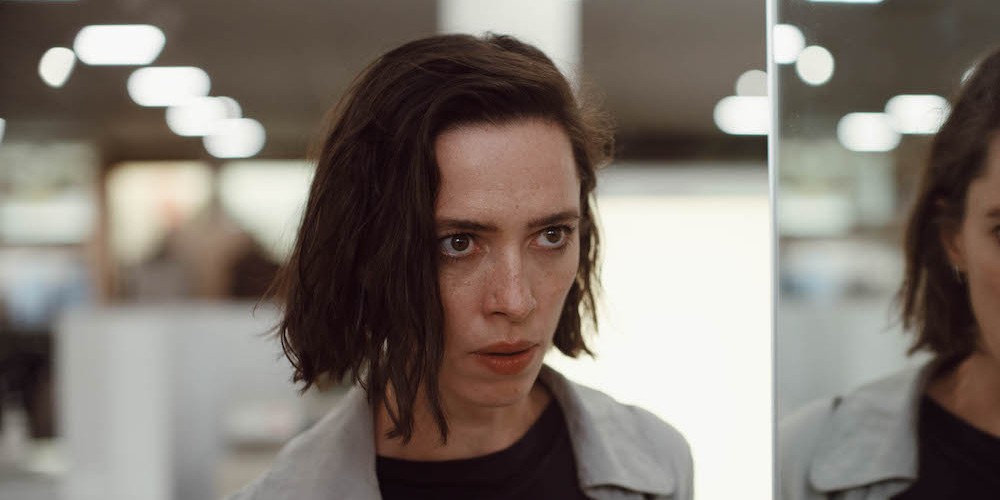 ‘Resurrection’ is a psychological thriller film written and directed by Andrew Semans. It tells the story of Margaret, a top-level executive working in a biotech company whose seemingly perfect life takes a downturn after the return of a dark figure tied to her past. Margaret desperately tries to evade the shady figure while protecting her daughter, Abbie, from harm’s way.

The dark and compelling thriller ends on a thought-provoking note leaving plenty to the viewers’ imagination. Hence, viewers must be looking for an explanation for the movie’s shocking ending. In that case, here is everything you need to know about the ending of ‘Resurrection.’ SPOILERS AHEAD!

‘Resurrection’ opens with a look into the life of Margaret (Rebecca Hall), an executive who works at a biotech company. Margaret is a hyper-vigilant person who dedicates her life to work and finds solace in it. It is hinted that she has a dark past and has dealt with severe trauma. Margaret has a seventeen-year-old daughter, Abbie (Grace Kaufman), who is about to leave for college. However, Margaret is overprotective of her daughter, and their dynamic suffocates Abbie, who seeks ways to get away from her mother. 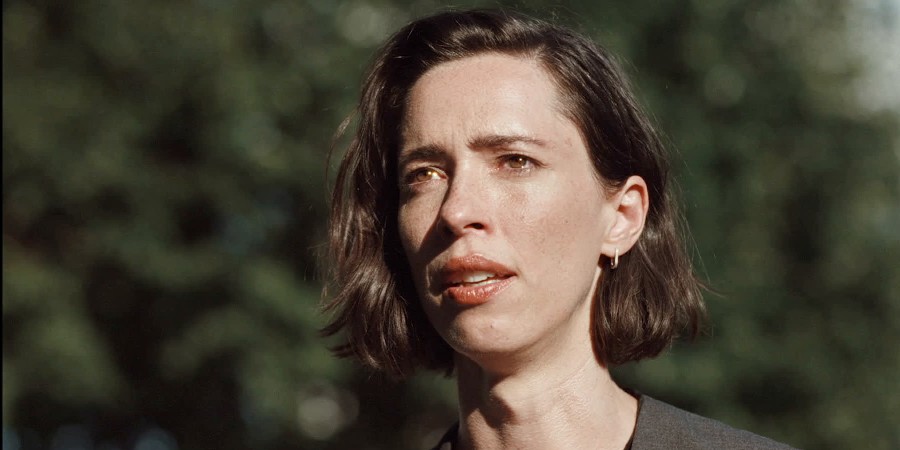 On one casual day, Margaret is attending a conference for work. She catches a glimpse of a man who strikes immediate fear in her heart. She begins to panic and flees the conference. Soon, the man’s presence in Margaret’s vicinity starts increasing, and she starts fearing for her and her daughter’s safety. Later, it is revealed that the man’s name is David (Tim Roth), and he and Margaret shared a tumultuous relationship when Margaret was young. As the narrative progresses, viewers learn that David had charmed his way into Margaret and her family’s life. The two slowly bonded with each other, and David started grooming Margaret.

The two got together, and Margaret yearned for David’s approval. On the other hand, David tortured and traumatized Margaret with his actions, making her feel trapped in their twisted relationship. Soon, Margaret became pregnant and gave birth to a son named Ben. However, David was jealous of Ben and wanted all of Margaret’s attention to himself. As a result, David “ate” Ben, leading to Margaret fleeing from her demented boyfriend. However, when David resurfaces, Margaret is forced to confront the traumatic events from her past that she thought she had left behind.

The film tells a story o abuse and trauma that is grounded in reality for most of its runtime. The Upstate New York setting settles viewers into Margaret’s superficially perfect life but also underlines her dark past. The vastly populated city amplifies Margaret’s constant paranoia she tries to hide. Nonetheless, the film enters surreal territory in its final act. After viewers learn about Margaret’s relationship with David and the scars it is left on her, viewers understand Margaret’s need to protect her daughter. 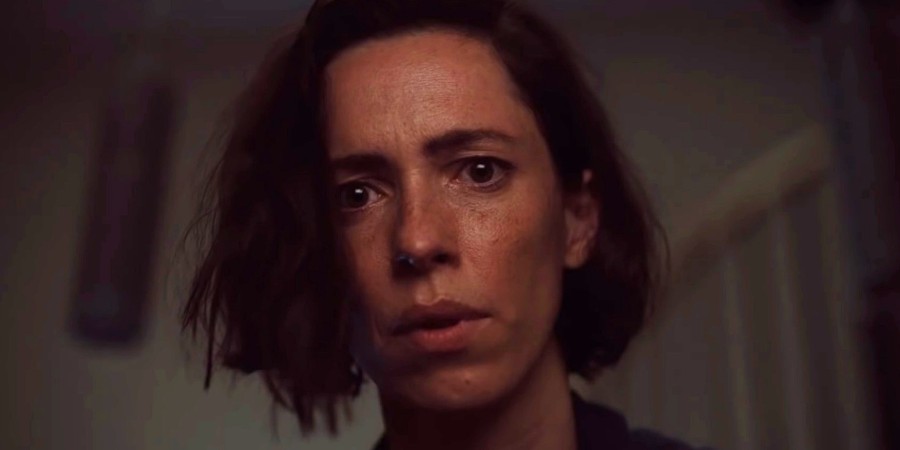 As it turns out, Margaret has already lost one child to David’s demented tendencies. However, the film’s final act delivers a shocking twist on Baby Ben’s fate. During a coffee conversation with David, where Margaret finally finds the courage to face her past, David claims that Ben is still alive inside him. The revelation sends Margaret over the edge. During the climax, Margaret uses a knife to gut David and opens his stomach. Inside, she finds her son, Ben, still alive and well. As she returns home, Margaret feels the weight of her breathing baby in her arms.

The ending is a complicated affair given Margaret’s deteriorating mental state over the course of the film. Given the story’s grounded approach, it is likely that Margaret is hallucinating Ben’s presence, and the child is not actually alive. Moreover, a child can’t survive inside a man for nearly twenty-two years. Hence, the ending highlights Margaret’s struggle with her abuser and her desire to reclaim the life that she desired for herself.

The most obvious and likely interpretation of the ending is that Ben is not alive. Margaret imagines the entire scenario, and her mental state has deviated from reality. Margaret likely feels guilty for not fighting back when David consumed Ben. She could have saved her son if she had shown some courage all those years ago. Hence, Margaret seeks closure about her past by reclaiming the power that David holds over her.

In the final scene, viewers see Margaret embracing her baby, but she gives a shocking look into the camera. The moment could serve as an indication that Margaret is finally waking up to reality and realizes that her son is long gone. Ultimately, the climax empowers Margaret but leaves her to contend with the tragedy and grief of her son’s death that she is yet to process even after years.

Is David Dead or Alive?

David serves as the film’s antagonist and, in turn, Margaret’s life. He has notorious methods of tormenting Margaret, and it is evident that he knows how to trigger her paranoia. As the narrative professes, viewers learn the extent David can go in his quest to abuse Margaret. Eating Baby Ben is arguably the most heinous act committed by David, and it defines his monstrosity. Therefore, it is fitting that Margaret delivers justice to her abuser in the film’s bone-chilling climax. 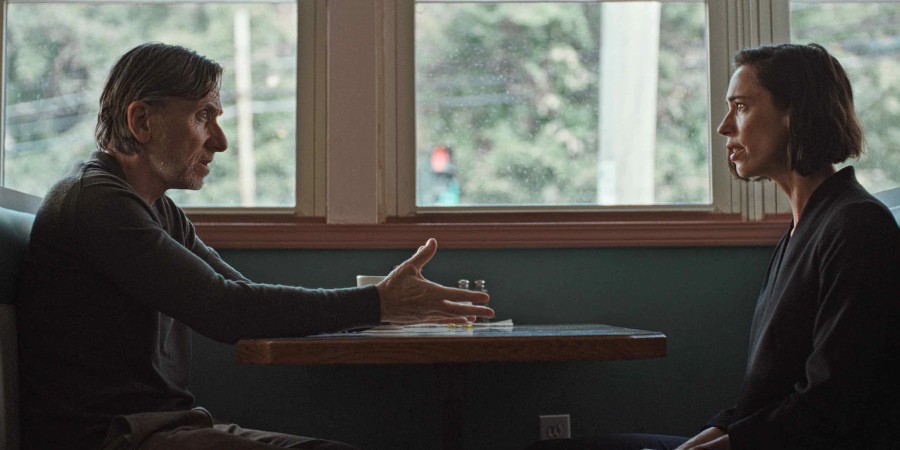 The ending depicts Margaret butchering David, and it is safe to assume that he is dead. However, in the final scene, viewers get a hint that David might still be somehow alive. In the scene, Margaret cradles her baby as Abbie tells her that she finally feels safe again. The scene gives Margaret a moment of reassurance and upliftment as she can finally save her children from the monster that tormented her all her life. However, just as the scene is about to cut to credits, Margaret looks into the camera. She is shocked to see something or someone on the other end.

Hence, it is likely that David is still alive and is quietly observing Margaret from a distance. The interpretation would explain why Margaret is shocked in the final scene. David being alive would explain why Margaret seemingly got away with murder in broad daylight. The scene depicting Margaret butchering David was likely a part of her hallucination. The delusion finally breaks in the final scene as Margaret realizes that David is still alive and she is not free from her past.

However, this interpretation undermines Margaret’s character arc and her journey to reclaim the power lost to her abuser. Hence, we believe that David is indeed dead. However, the final scene could be about Margaret realizing that she isn’t completely free from her past. She might be hallucinating David at that moment or simply fearing for her children’s safety. Ultimately, it is safe to say that David is dead, but the damage he has caused to Margaret continues to torment her. As a result, the ending highlights the diabolical nature of the relationship between an abuser and the victim of the abuse.