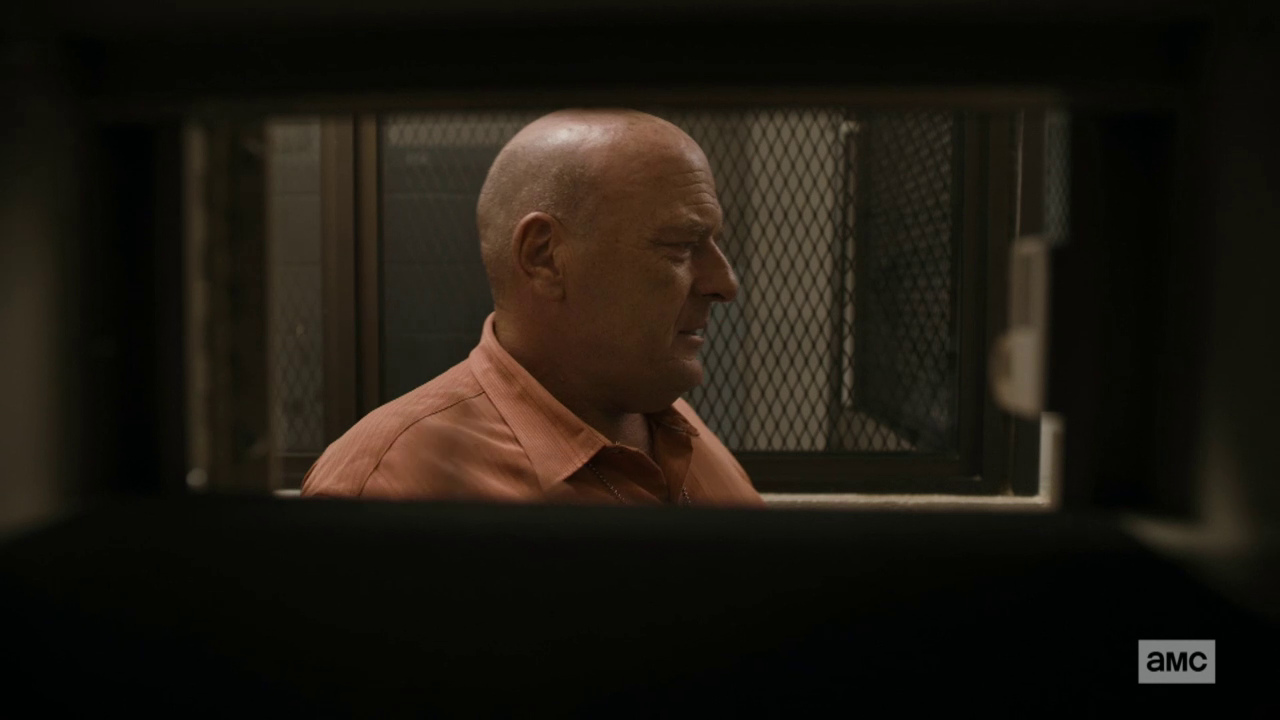 ‘Better Call Saul‘ continues to trace Jimmy McGill’s constant transformation into embracing the persona of Saul Goodman, now that he has taken the name, that ‘Breaking Bad‘ fans are all too familiar with. Episode 3 directly picks up from the last shot of the previous episode.

It puts Saul in deep, with the bad guys, and brings back some familiar faces. Curious to know what happens in the episode? Read our recap and review below. 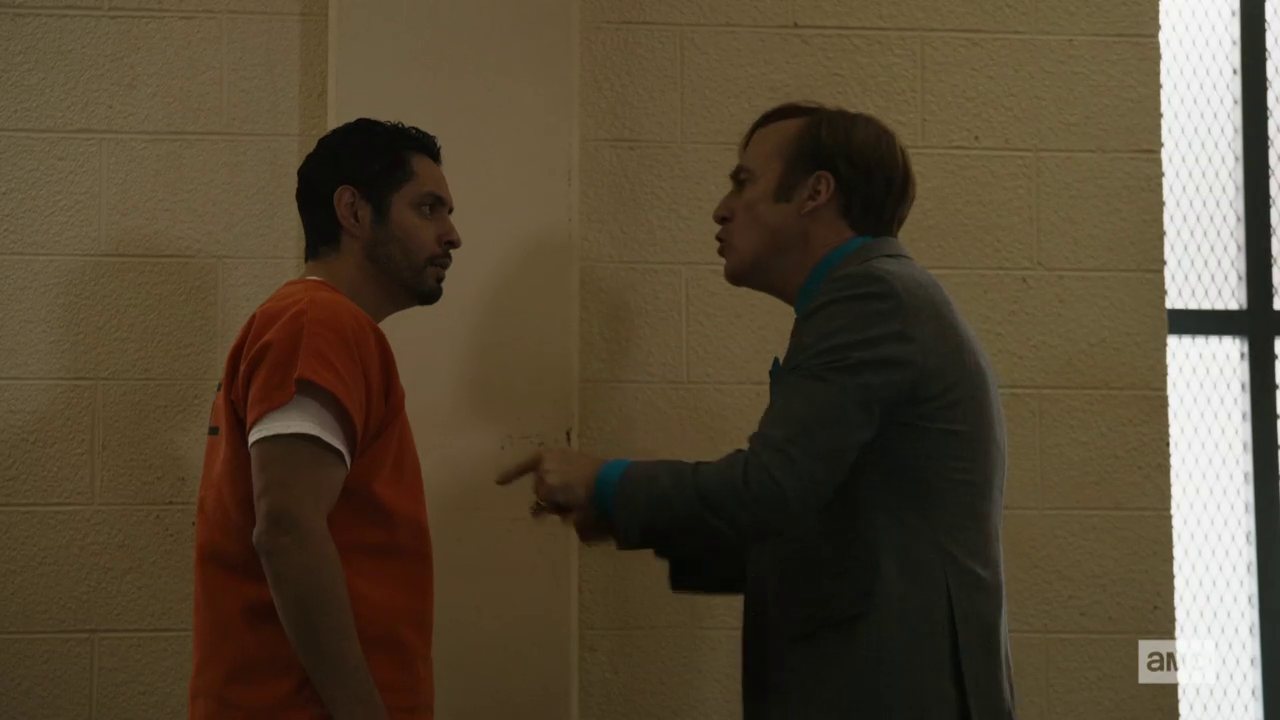 The episode begins with a wonderful vignette of ants crawling out to feed on the ice cream that Jimmy had dropped on the sidewalk when he was picked up by Nacho. On his way, in the car, Jimmy is unsure of what fate has in store. He contemplates escaping, but there doesn’t seem to be any way.

Soon enough, he is face to face with Lalo, who instructs him to meet Domingo (Krazy-8), who’s locked up. Jimmy has to relay some information to Krazy-8 to pass on to the cops. Obviously, Lalo plans to use law enforcement agencies to put his competition out of business. Saul, or Jimmy, is hesitant but ends up coming through for Lalo.

As he coaches Domingo on what to say, we meet two familiar faces. DEA agents Hank and Gomez are on the case, and we witness the start of a relationship between Hank and Saul. While Lalo is impressed with Saul’s work, Nacho ultimately goes to Gus, to inform how Lalo turned the DEA onto his operation.

Meanwhile, Kim tries to follow her calling by taking up pro bono cases. However, the Mesa Verde case requires attention. As Kim struggles to move an uncooperating occupant, so the land can be used for a bank, we see an ideological clash of what Kim wants to do, and the actions she has to take. We are also given a little backstory into Kim’s childhood, and the hardships she grew up in.

Lastly, we have Mike, who continues his downward spiral. He seems to be drinking heavily again, and even picks a fight with some local hoodlums, with the latter getting the worst of the ex-cop’s rage. The episode ensures things come full circle, as Saul notices the ice cream cone he’d dropped on the pavement. At the very end, we see Saul going back to being Jimmy, as he spends quality time with Kim, breaking beer bottles, trying to cheer her up. 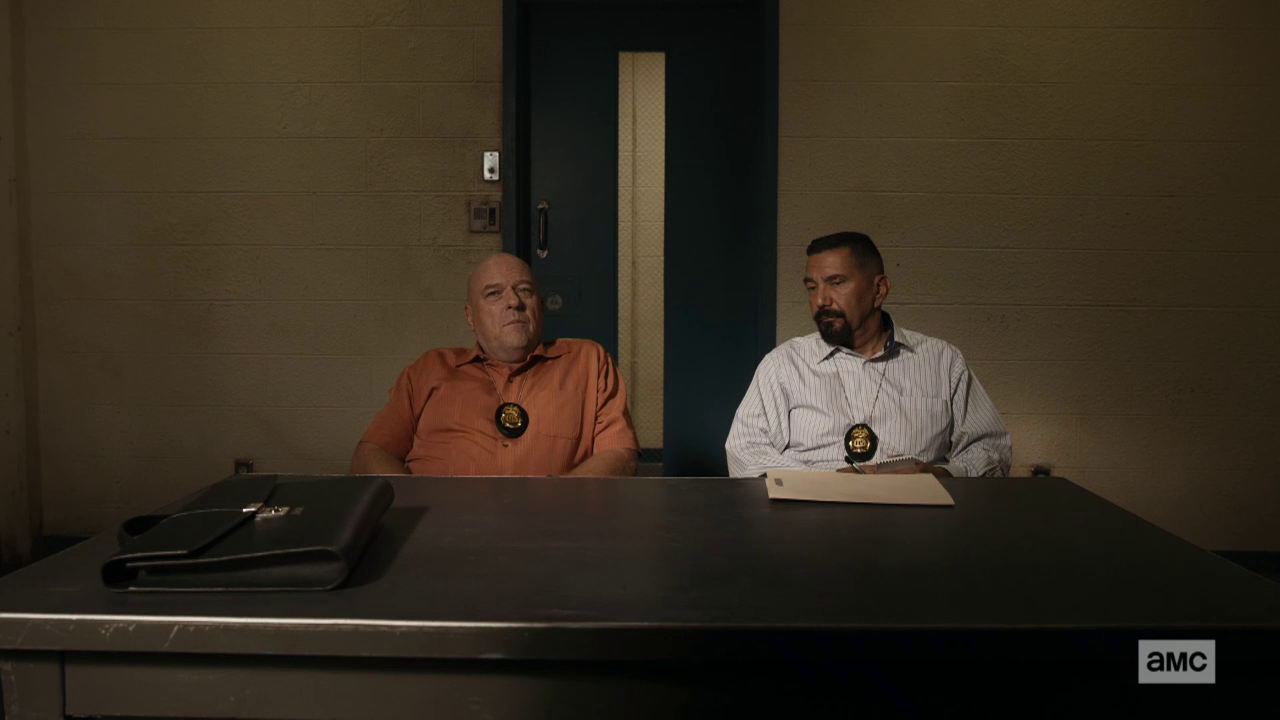 The vignette at the start is symbolic itself. We see how the life Saul threw away, has its own consequences, in the present. It is not surprising that Gilligan goes with an insect analogy to convey something deep. One only has to recall the fly episode in ‘Breaking Bad’, which mimics Walter’s paranoia and serves as a window into his latent guilt.

In fact, the zoomed-in shot at the ants feeding on the ice cream is contrasted with a zoomed-out shot, where we see how the people are impervious to the action at ground level and sidestep it. Saul, too, is unaware of the consequences of his actions. The end of the episode changes this, as he is struck by the presence of the ice-cream, and the ants, when he returns to the spot Nacho picked him up from.

Another great part of this episode has been Hank and Gomez’s introduction. While we have seen many layers of Hank in ‘Breaking Bad’, there is no denying that he is best known for his blustering swagger. Gilligan captures this perfectly, showing us the familiar gut, then the recognizable bald head, Hank’s badge, and finally Hank himself.

Eventually, we also witness the start of Krazy-8’s relationship with the DEA as a CI (confidential informant). ‘Breaking Bad’ fans will know how it eventually turns out for the character. However, at this point, ‘Better Call Saul’ seems to be combining fan service and stellar storytelling, effortlessly.

The show might be moving effortlessly, but Jimmy and Kim’s relationship has been bumpy, ever since he embraced Saul’s persona. Now, with Saul working with the cartel, Kim represents the best aspects of the law. However, her pro-bono drive is cut short when she has to solve a problem for Mesa Verde. Gilligan makes a good critique of liberal conscience assuaging itself, in Acker’s criticism of Kim.

However, the show quickly turns around to display Kim’s degree of solidarity with people like Acker, due to her own childhood experiences. It is also interesting how Saul and Kim’s clients are juxtaposed. On one hand, we have a drug cartel, and on the other, we have a bank. However, we get the sense that both are equally ruthless, and do not take ‘no’ for an answer.

Saul and Kim’s relationship seems to hit a bad place when he remarks to Kim that Saul has had a profitable day at work. The way Kim acknowledges this, makes us aware, that she still sees the person she’s with, as Jimmy, and Saul just appears to be a third person present in their relationship.

However, at the end of the episode, when Jimmy is there to cheer her up, things kind of go back to normal between them. ‘Better Call Saul’ Season 5 is painstakingly drawing out the eventual but very concrete distancing between Kim and Jimmy, as the latter embraces the persona of Saul even more. For now, the two are content to meet halfway and remind us of how happy they are together. The separation, when it comes, will be brutally painful for both.

The third episode, titled “The Guy For This”, shows how smoothly Saul can flit between two worlds. The show brings back memories for ‘Breaking Bad’ fans, as it delivers one of the most balanced episodes of this season.