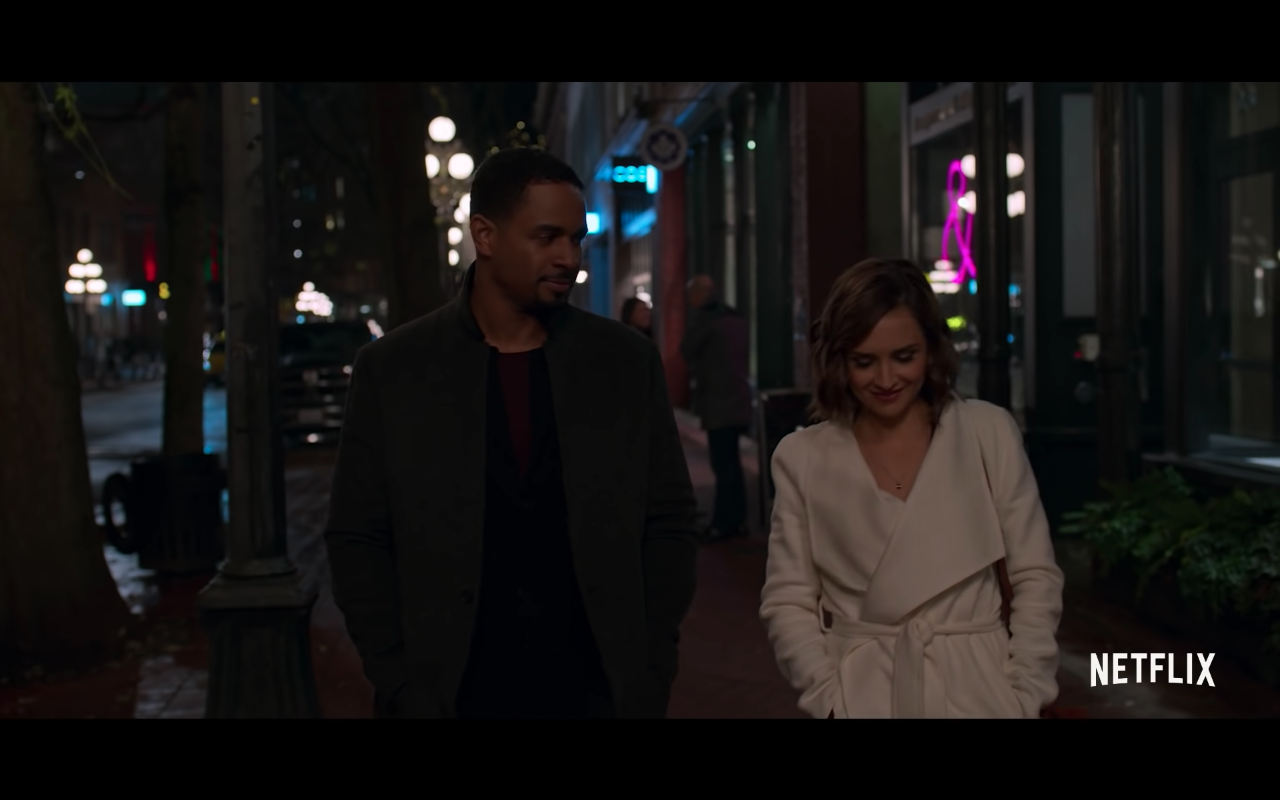 ‘Love, Guaranteed’ is a rom-com with Rachel Leigh Cook playing Susan, a lawyer who finds love in the courthouse. Nick Evans, an unhappy customer of a dating site wants to sue the company for false advertising, and Susan agrees to take on the case. The protagonists, as expected, do end up falling in love. This film is a pleasant update to the genre, combining all the classic elements of romantic comedies but in a manner that actually reflects the world around us today.

Susan Whitaker is a lawyer with a heart of gold. She has her own law firm and uses her practice to support the “little guys” in court. However, her business is struggling financially since many of these cases are pro-bono. A man named Nick Evans wants to hire her services to file a lawsuit against Love Guaranteed, a dating app on which he has had no luck. Moreover, the catch is that the guarantee is only applicable after a person has gone on a thousand dates. Nick strongly feels that he is a victim of fraud and that he has wasted $29.95 every month in an attempt to find love. Also, he had already been on a staggering 986 dates when he meets Susan.

However, Susan just feels that Nick wants to sue them just for a hefty paycheck, even calling it a “gotcha” lawsuit. But she accepts the case anyway since she needs to pay the bills. Love Guaranteed is actually a billion-dollar enterprise run by famous social media influencer Tamara Taylor, and so Susan knows that their case has to be airtight. The rest of the movie shows how Susan builds up her case. In the process of doing so, she also spends time with Nick, and the pair slowly fall in love. But the upcoming court trial can really complicate things.

The movie embodies many of those staple romcom elements that all of us know and love. It is, in fact, quite reminiscent of the 90s and the 2000s, but still feels like a movie made for today’s generation. The constant references to ‘Friends’ also tap into the nostalgia factor that plagues Millenials. But with a well-written script and realistic character development, it does provide the viewers something different.

If you break it down, the structure of the movie is no different than the usual format of romcoms. A girl meets a boy but they don’t necessarily get along initially. Circumstances force them to spend together and slowly, and they soon realize that they were quick to judge the person. There are conversations that the protagonists have with friends and family, who then make them see that they are in love. But of course, something always delays the romantic confessions. All of this builds up to that final romantic gesture— be it the iconic boombox moment from ‘Say Anything’ or getting kissed by the love of your life on the football field in ‘Never Been Kissed.’

What ‘Love, Guaranteed’ does is it takes these elements and reinvents them for the new era. Most people love watching the genre for that grand romantic display in the end. The movie does take things at its own pace, but this is actually not an issue. The relationship that develops between Susan and Nick feels so much more natural because of this. Moreover, the speech at the end of the movie is definitely one that makes people feel nice and mushy on the inside. Those words may not become legendary, but they do reaffirm your faith that love, and romance, is not completely dead. After all, isn’t that how these scenes are supposed to make you feel in the very first place?

The movie does not unnecessarily dramatize any events, and the characters forge their bond quite naturally. Speaking of which, the casting choice is also appropriate, and both actors understand their characters well. Susan is a millennial woman, hustling hard while she does what she loves. Vehemently following a passion is a trait that arguably belongs more so to the newer generations, and the filmmakers have not romanticized the difficulties that come along with it. In fact, Susan takes Nick’s case in the very first place because of all the bills! Plus, she may be mild-mannered, but she is definitely not a pushover. ‘Love, Guaranteed’ also casts a genuine light on the dating culture that embodies this generation.

Is the film one that has broken the rules of the genre? Definitely not. But it never strived to do so in the first place. It is just a good old fashioned romantic comedy for today’s viewers. If you love watching romantic comedies, then you will definitely enjoy the film, despite its mostly predictable story.