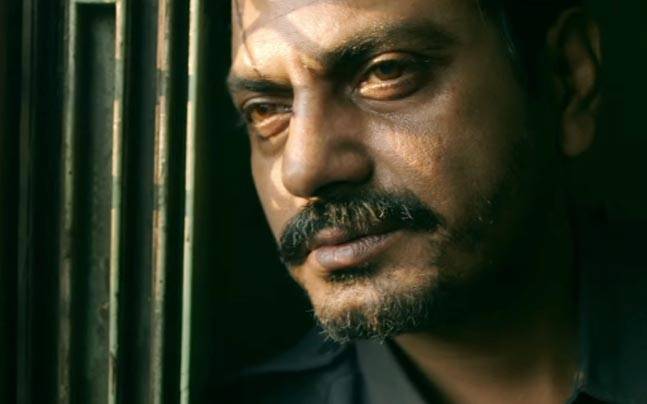 Season one of ‘Sacred Games‘ came to an end after its runtime of 8 gritty and intense episodes that kept us at the edge of our seats. But it was only the last 10 minutes of the season that connected dots and hinted towards some major plot points of the show. We got to know that Guruji is going to play a major role in the next season where he’s probably plotting some sort of a Nuclear Attack on Mumbai with the intention of resetting the entire population.

In the end, it also becomes clear that all this while, Gaitonde was never the mastermind behind the attacks and was only being used as a puppet by Guruji, his third father. We did indeed get a whole “gangster-threatening” vibe when Gaitonde had first called Sartaj to warn him about the blasts. But by the end of season one, it becomes clear that Gaitonde himself was so mentally drained and shattered after discovering what Guruji was up to that he himself was pleading for Sartaj’s help. While the end of Season 1 was quite an eye-opener, there are still quite a lot of unanswered questions that seem to be potential plot involvements for season 2.

Ganesh Gaitonde finds himself on a boat in the middle of the ocean. At first, he believes that Isa or Parulkar are just trying to find new ways to torture him. But soon, it hits him that he’s a part of a much bigger game when Trivedi steps inside the boat along with Mrs. Yadav. The two then confront him by making him realize that his entire empire in Mumbai has been burned down to the ground and he isn’t the “sarva shaktishaali eklauta bhagwan” that he always claimed to be. Stripped of all of his power, Gaintonde is forced to move to Kenya without his most loyal friend Bunty.

After entering Kenya, Gaintonde is asked to destroy the whole legacy that has been created by a leading drug cartel named Mohammed Bobocho. And just how he had successfully replaced the “King of Garbage” in Mumbai, he is now assigned the task of becoming a leading power in Mombasa. Partnering with Purushottam Baria, a local businessman, Gaitonde takes over the entire coastal city of Mombasa after he kills Mohammed Bobocho. As a reward for doing this, Mrs. Yadav offers him a phone number that belongs to Isa and even tells him that the reason why she asked him to get Bobocho out of the way is that he was actually working for a Drug cartel in Dubai. This Drug Cartel was responsible for funding several ISI terror attacks in India. So by killing Bobocho, Gaitonde served the nation in one way.

A lifetime away from all of this, in the present time of the show, Sartaj Singh still struggles to solve the mystery that Gaitonde has left for him. He is finally allowed to lead the case because of his recent eye-opening discoveries. He gets a clue in the form of a poster that he tracks back to a printing press. Meanwhile, home minister Bipin Bhosale seems to be underground in the custody of Malcolm. A few other characters such as Jojo from the first episode of the series is also reintroduced and Jamila’s link with Gaitonde is revealed.

Gaitonde, who had always been agonistic about his religious beliefs, seems to get a small tinge of faith after he enters Kenya. He is, of course, no stranger to the power of religion but for the first time, he now gets to experience the whole idea of blind faith from the perspective of a vulnerable man. Although nothing much has been revealed about this in the first episode, somewhere around the end he calls religion a game that has been going around for years. With this, he is probably referring to how spiritual leader Guruji will later lure him into his own world dark world and he won’t even get the slightest hint of it until it’s too late.

Off to really good start, the first episode of ‘Sacred Games‘ season 2 has all the Ingredients that made season 1 such an incredible success. Like episode 1 of the first season, this one wastes no time in setting up the stage for bigger reveals in later episodes. At the same time, the storytelling keeps you abound with what’s going on the screen. What also seems to work very well is how synchronized season 2 feels with season 1. There is no perceptible change in the filmmaking or storytelling style. One of the major highlights of the first episode is a chase sequence where the camera moves vertically parallel to a building in a shot that’s quite inventive. In other highlights are Nawazuddin Siddiqui and Saif Ali Khan’s performances which are as solid as ever. Overall, a solid beginning to the second season that promises to keep getting better with every episode.