The Christmas of 2015 became devastating for the residents of Ellington, Connecticut, when a mother of two named Connie Dabate was found brutally murdered inside her home. While everyone initially believed she was killed in a home invasion, a simple gadget and some modern technology did the unthinkable and led the police to the victim’s husband, Richard Dabate. NBC’s ‘Dateline: The Secrets of Birch View’ chronicles this shocking case, shedding light on how the investigation pointed toward the actual killer. If you wish to know more about Richard’s hand in the murder and his current whereabouts, we have you covered. Let’s begin, shall we?

Who is Richard Dabate?

Born on July 29, 1976, to Richard Sr. and Julie Dabate in Manchester, Connecticut, Richard Dabate graduated from Manchester High School in 1995. He then attended technical school before commencing a career as a computer network administrator in Bloomfield. A few years later, Richard met Ellington resident and pharmaceutical sales representative Connie Margotta, and they tied the knot on July 4, 2003. The couple had a seemingly blissful marriage and had two sons, Richard “RJ” and Connor.

Friends described Richard as a quirky person who loved Superman and had a fulfilling family life, except for a few tiffs over finances with Connie. However, things took a tragic turn in late 2015, when on December 23, 40-year-old Richard called the police at around 10:16 AM from their residence in Ellington. Upon arriving there, they found him partially tied to a metal chair, and he claimed that an intruder had entered the house, attacked him, and fatally shot his wife.

As stated by Richard, Connie was found lying dead in the basement, with two gunshot wounds to her stomach and the back of her head. When the police questioned her husband, he detailed the events of that morning to them. As per Richard, he went to drop their sons at the school bus stop before leaving for the Bloomberg-based IT company he worked at around 8:30 AM. Although, he alleged that he got a cellphone alert about fifteen minutes later that his house alarm had been activated.

Hence, Richard emailed his boss from the roadside and returned home around 9:00 AM to check if everything was sound. There, he claimed to see a 6’2” tall masked invader rummaging through his walk-in closet, threatening him with a knife for his bank details. Meanwhile, Connie returned home from her canceled gym class and was alerted by her husband about the intruder. Richard alleged that the intruder incapacitated him and ran downstairs to catch his wife, who was headed toward the basement.

The IT somehow chased after his attacker, only to get disoriented after a gunshot went off in Connie’s direction. The intruder then reportedly overpowered and zip-tied Richard to a chair, proceeding to hurt him with a blowtorch and a box cutter. Luckily, the latter managed to use his free right arm to turn the blowtorch onto the man’s face, sending him running out of the basement. Once he left, Richard supposedly dragged himself up the stairs, rang his alarm, and called the police. 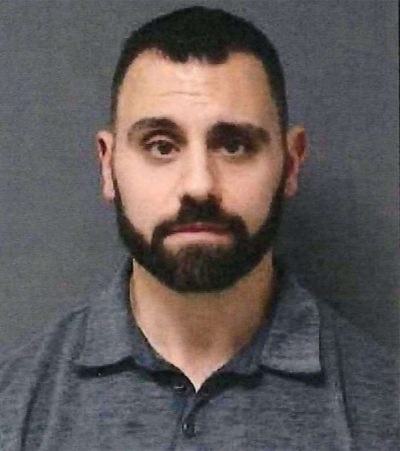 Interestingly, the investigators found the wounds on Richard’s body to be superficial. Moreover, even three sniffer dogs could not pick up the scent of the unknown intruder in the Dabate family’s home. Besides, the police found that contrary to Richard’s claims, the house alarm system did not go off twice, but once that morning when he called them. This discrepancy led the police to monitor the family’s emails, social media, and alarm details, eventually ending in a shocking revelation- Richard had been having an extramarital affair with a woman named Sara Ganzer.

Not just that, Sara was reportedly expecting Richard’s child; Thus, he had contemplated divorcing Connie for several months. Surprisingly, he admitted the affair to the police but claimed that he, Connie, and Sara planned on co-parenting the baby together. However, telephone records stated that Richard had texted Sara just a day before his wife died. Nevertheless, despite the police’s constant efforts, they could not establish any significant leads in the case until an unlikely piece of evidence surfaced.

Connie’s Fitbit watch indicated that her last recorded movement on December 23, 2015, was around 10:05 AM, which was a full hour later than when Richard claimed she was shot. This significant discrepancy was enough to establish him as a primary suspect. As a result, in April 2017, he was arrested and charged with murder, tampering with evidence, and giving a false statement to the law.

Where is Richard Dabate Today?

While Richard Dabate maintained his innocence, his defense counsel even questioned the accuracy of Connie’s Fitbit. Albeit, more evidence surfaced that he had taken out a credit card without Connie’s knowledge. Furthermore, Richard tried claiming his late wife’s insurance money just five days after her death, and in January 2016, he withdrew a hefty sum from her investment account. Lastly, Connie was shot with the same .357 Magnum, which her husband had purchased two months ago.

Based on all this, and especially the digital evidence acquired from the victim’s Fitbit and social media platforms, helped the police establish that Richard had lied to them about the events of December 23, 2015. Nevertheless, the digital evidence and the testimony of numerous witnesses were instrumental in a jury convicting Richard of all three charges in May 2022. They theorized that he had killed his wife to conceal his girlfriend’s pregnancy, threatening to destroy his reputation.

In August 2022, Richard Dabate was sentenced to 65 years behind bars for 39-year-old Connie’s murder, along with the other two charges against him. He is currently incarcerated at the MacDougall-Walker Correctional Institution in Suffield. Richard’s projected release date is May 2, 2087.