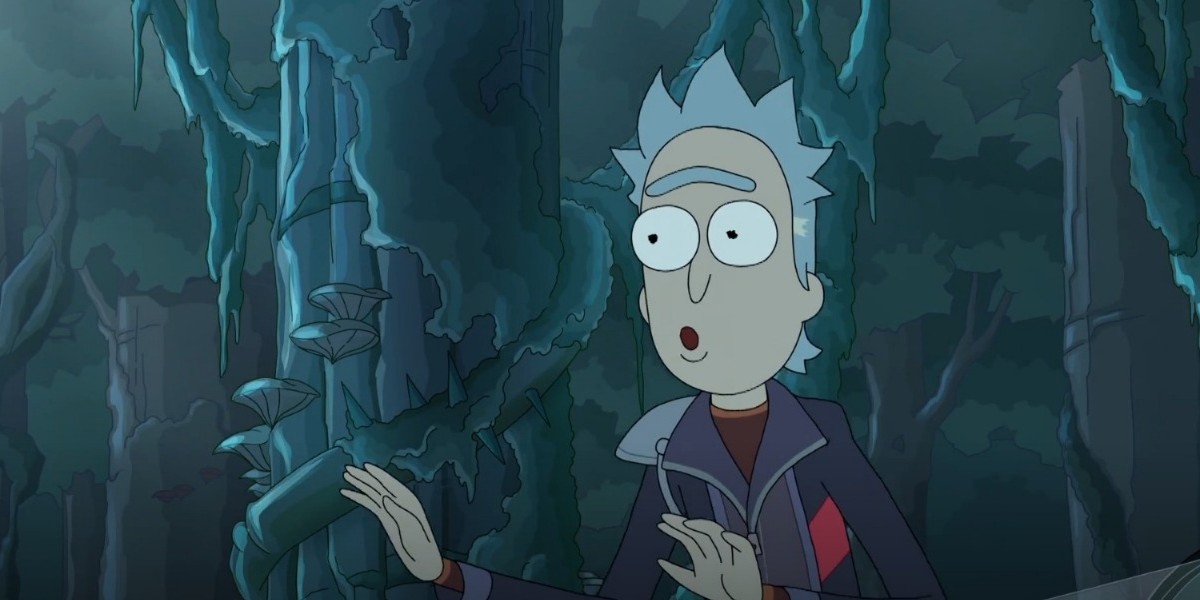 ‘Rick and Morty‘ returns with a fantastic season 6 opener that leaves viewers’ minds boggled. The episode not only gives the titular duo a compelling challenge but also stamps a seal of confirmation on Rick C-137’s origins. The episode’s closing moments bring into the picture another variant of Rick, one that is familiar yet an unknown commodity. The answers lie in the episode’s hilarious but clever post-credits scene of the sixth season premiere. Therefore, if you are looking for an explanation about the end-credits scene of ‘Rick and Morty’ season 6 episode 1, here is everything you need to know! SPOILERS AHEAD!

The sixth season premiere of ‘Rick and Morty,’ titled ‘Solaricks,’ follows Rick and Morty, who are without their portal gun after President Morty destroys the mechanics. As a result, the two are forced to wait for help. Eventually, they are saved by Space Beth. After returning home to Dimension C-131, Rick decides to reboot the portal traveling fluid. However, he ends up sending himself, Morty, and Jerry to their original dimensions. With Summer’s help, Rick travels from Dimension C-137 to the Cronenberg dimension, Morty’s homeworld. It is here that Rick confirms that the Rick variant who killed his family is Morty’s biological Rick and belongs to the Cronenberg dimension.

After spending some time trying to avenge his family’s death, Rick collects Morty and returns to his family. However, the post-credits scene takes us back to the Cronenberg dimension. Since the portal fluid reboot failed, it is likely that every variant of the Smith family, who was dimension hopping across alternate realities on the Central Finite Curve, returned to their native dimension. The same is confirmed in the episode’s end-credits scene as we see Killer Rick, the variant who killed Rick C-137’s family, returning to the Cronenberg dimension.

Rick and Morty unleashed the Cronenberg dimension with monsters in the first season. By the time Morty returns to this world, Summer and Beth are dead. Only Jerry is alive, who crosses paths with Killer Rick in the post-credits scene. After realizing that Jerry is his daughter’s spouse, Killer Rick is impressed with him. Jerry proposes a team-up between the two, but Killer Rick turns him down. Jerry attempts to kill Rick, but the genius scientist survives. In the end, Killer Rick kills Jerry, effectively ending the lives of all of Morty’s original family members.

Ultimately, Killer Rick is likely to be stuck in the Cronenberg dimension until Rick fixes the portal gun traveling mechanics. Rick spent nearly all of his life trying to track down Killer Rick, who cares for nothing and is truly detached from his emotions. As a result, he is challenging to pin down. Hence, Rick C-137 stole Killer Rick’s identity and waited in his native dimension, hoping that the mad scientist would return so he could have his revenge.

However, the sixth season premiere hints that Rick is prepared to process his grief and move on from his quest for revenge. Therefore, the post-credits scene gives Rick’s story a tragic twist as Killer Rick’s location is finally known to him. Moreover, Killer Rick has now killed Rick C-137 and Morty’s families. Hence, it is safe to say that he is unhinged and could target Rick and Morty as a part of a larger plan. Killer Rick might as well be the evilest version of Rick and could team up with President Morty/Evil Morty. As a result, Rick and Morty will have their hands full in the upcoming episodes as the conflict between the Rick variants is starting to heat up.