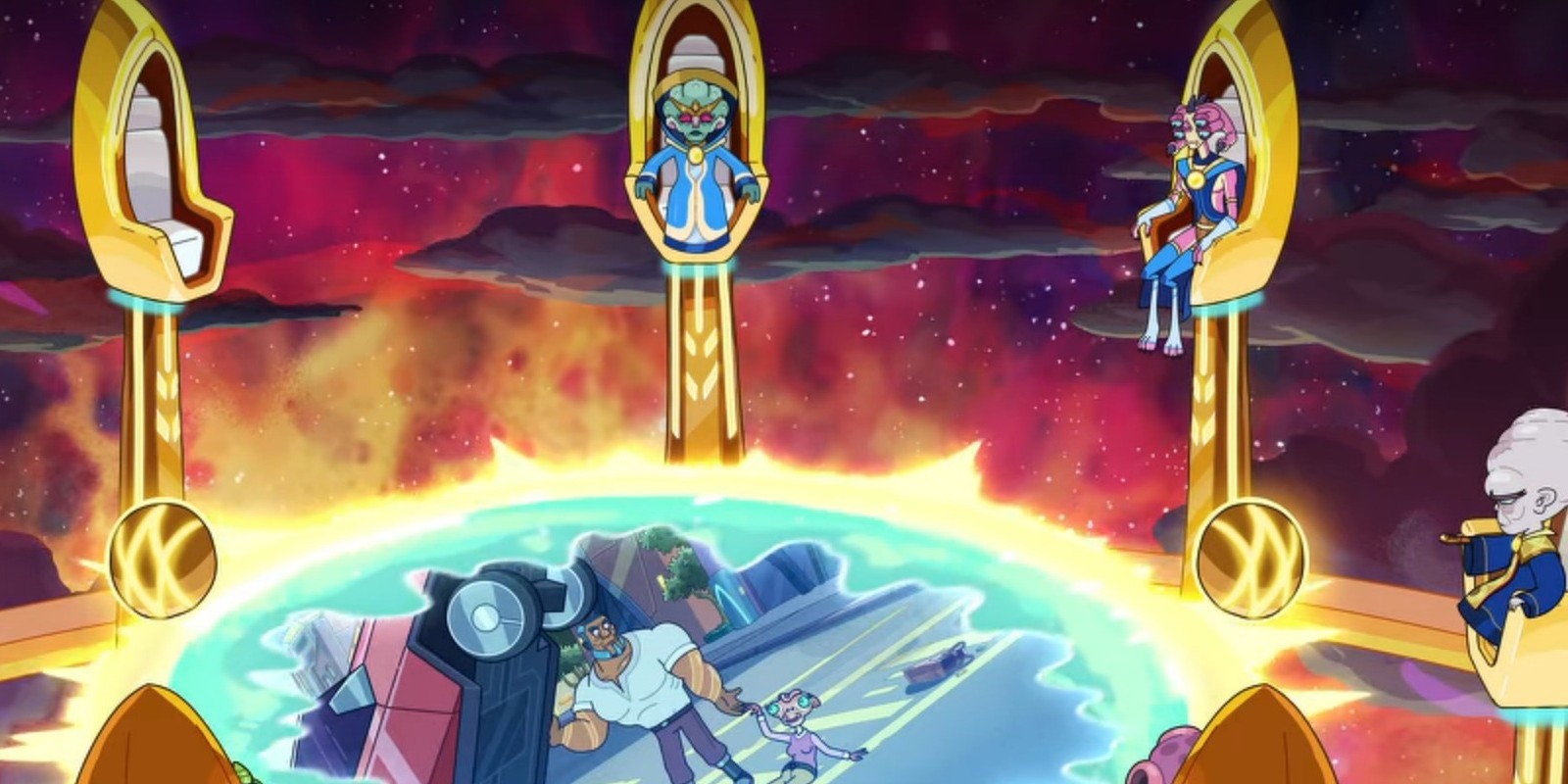 ‘Rick and Morty‘ follows the titular duo’s science fiction adventures as they are forced to confront severe issues and powerful foes. However, in the eighth episode of season 6, Rick and Morty face a barrage of supervillains who are hell-bent on fighting Rick despite the latter emerging victorious time and again.

The episode takes a sarcastic but diabolical look at the hero’s morality as Rick and Jerry both find themselves involved with the intergalactic council of heroes. The episode’s post-credits scene continues an unresolved plot thread about the council. If you are looking for answers about the post-credits scene of ‘Rick and Morty’ season 6 episode 8, here is everything you need to know! SPOILERS AHEAD!

Rick and Morty Season 6 Episode 8 Post-Credits: Who Does the Council Hire?

In the eighth episode of season 6, titled ‘Analyze Piss,’ Rick becomes bored of fighting villains and regularly showcasing his power. After fighting Mr. Nimbus and defeating his long-time nemesis again, Rick goes to therapy and starts ignoring the villains who challenge him to a fight. Consequently, Jerry is forced to fight a villain named Piss Master and becomes an intergalactic hero. He is asked to join the intergalactic council of heroes, and Piss Master commits suicide. 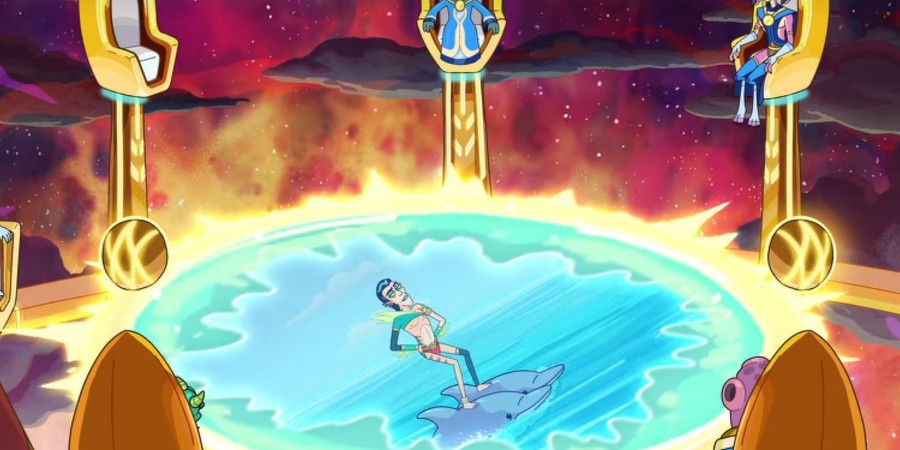 Rick resolves to restore Piss Master’s name and assume the villain’s identity. He performs heroic acts and is recognized by the council, who wish to add Piss Master to their team. However, Jerry and Piss Master’s feud leads to the revelation of Rick being Piss Master. As a result, he and Jerry are both removed from the council. The council becomes short-handed on members, and in the post-credits scene, scouts potential new candidates to fill their rank. Their first option is a hero named “Car Jack,” who saves a woman from a car accident.

However, he is rejected as the council wants to add someone who is already powerful. The next suggestion – actress Scarlett Johansson is immediately turned down by the council leader. Finally, the council settles on adding Mr. Nimbus to their ranks. However, they wonder if the master of the oceans will join their team. Mr. Nimbus is introduced in the season 5 premiere of the series and is one of Rick’s oldest enemies. The duo’s fights often end in draws, and over the years, they have developed a very odd dynamic for enemies.

Ultimately, the council moves on from the heroics of Rick and Jerry reasonably quickly. They wish to add a new member to their ranks after the void left behind by Jerry’s dismissal. However, the post-credits scene comments on the dispersibility of heroes in society. The council’s readiness to hire just anyone who seems to fit their bill also highlights the lack of actual morally white heroes in the world. It reiterates the complexity of the hero’s morality, the recurring theme of the episode.