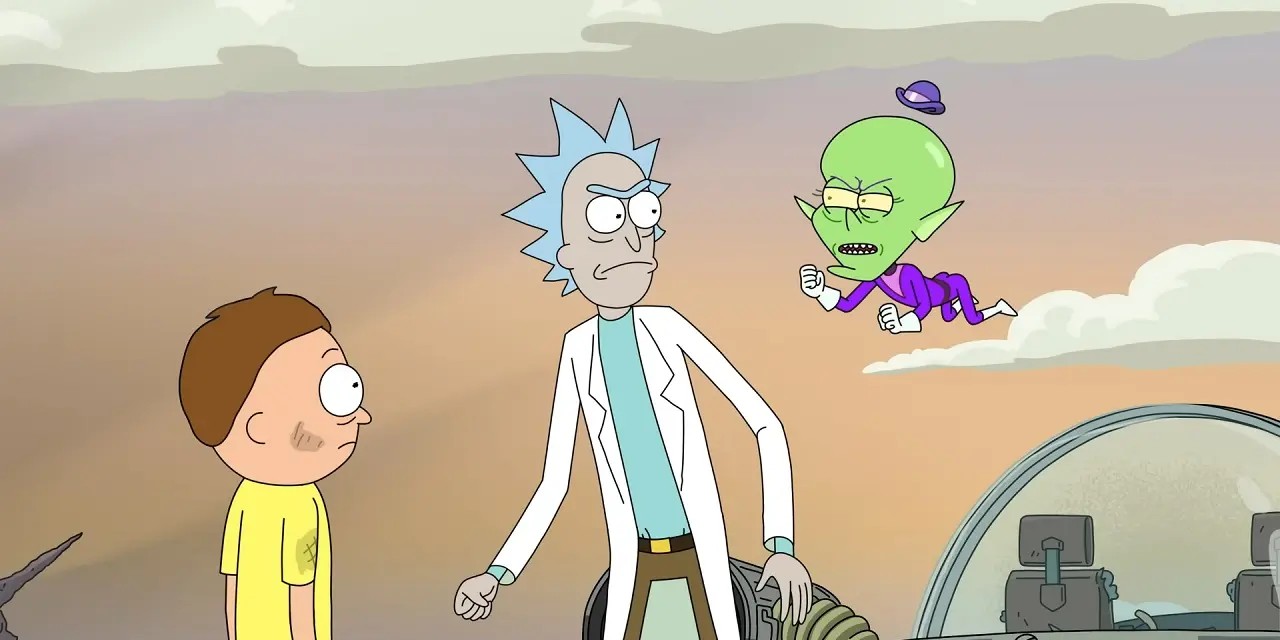 The sixth season of ‘Rick and Morty‘ takes viewers on a rollercoaster of emotions through various forms of storytelling. The eighth episode, titled ‘Analyze Piss,’ is a reference to the 1999 comedy film ‘Analyze This’ starring Robert De Niro. The episode follows Rick and Morty as they face an overwhelming number of villains. When Rick refuses to continue fighting the villains, jerry steps up and gains recognition as a hero across the galaxy. However, a tragic incident forces Rick to renter the game leading to a climactic battle between Jerry and Rick. If you are wondering whether Rick becomes a hero or a villain, here is everything you need to know about the ending of ‘Rick and Morty’ season 6 episode 8! SPOILERS AHEAD!

The eighth episode, titled ‘Analyze Piss,’ opens with Rick and Morty facing off against Rick’s archnemesis Mr. Nimbus. The duo barely beat Mr. Nimbus, but Rick is tired of their frequent battles. However, various 90s-style villains continue to attack the duo, and Rick starts getting frustrated. When “Cookie Magneto” shows up, Rick simply burns him down with a laser and refuses to fight more such villains. As a result, Morty asks Rick to go to therapy and find out why the villains are targeting him. Therefore, Rick visits Dr. Wong and shares his problem. However, Dr. Wong asks Rick to ignore the villains and not engage them. 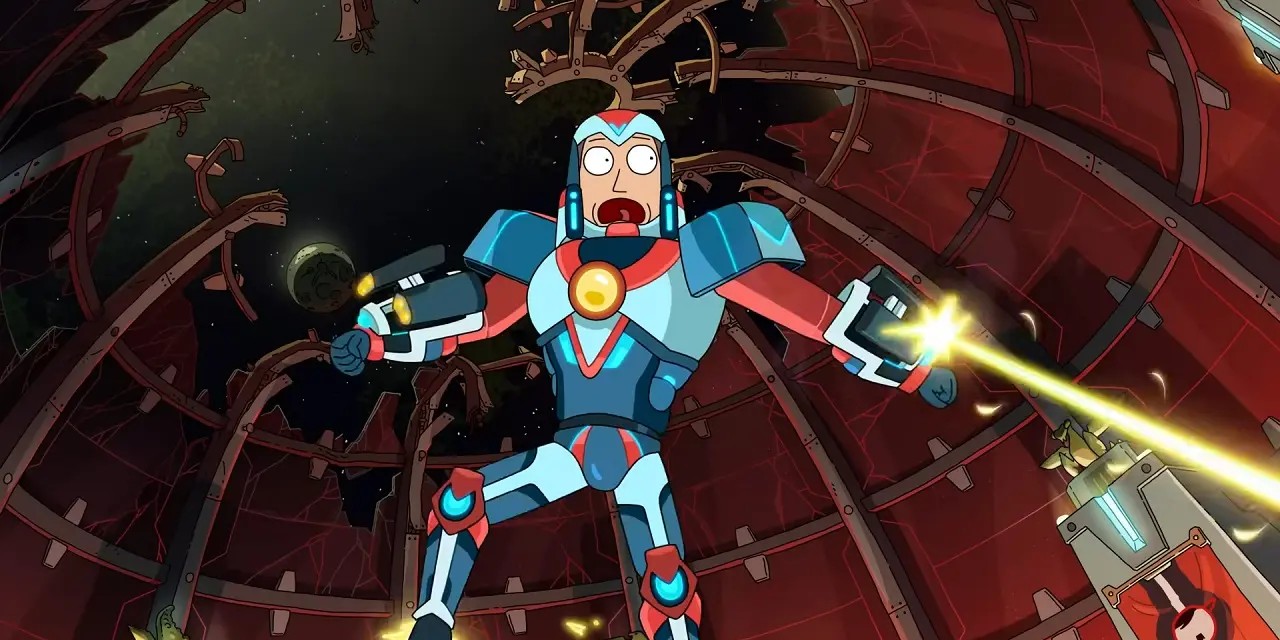 A few days later, a villain named Piss Master attacks the Smith house. The family implores Rick to defeat the villain, but Rick refuses to engage in a battle. After Piss Master makes lewd comments about Summer, Jerry is enraged and faces the villain alone. Jerry defeats Piss Master and forces him to apologize to Summer. Jerry’s actions gain him recognition as a hero, and the community lauds him. An intergalactic council of superheroes approaches Jerry and offers him a place on their team. They give Jerry an all-powerful orb to help him fight the strongest villains. However, Jerry cannot figure out how to use the orb’s power. Therefore, he asks for Rick’s help.

Rick refuses to help Jerry and continues his therapy sessions, making some progress. However, when the family pressurizes Rick to help jerry, he creates a suit that will help Jerry harness the orb’s power. As a result, Jerry joins the council and becomes an intergalactic hero. He heads into space and fights in a war on a planet of Hitlers. As Jerry’s exploits as a hero continue, Rick feels less burdened. He no longer feels the need to prove his power to the galaxy and wishes to make a fresh start. However, Rick soon gets bored of ordinary life and seeks the thrill of showcasing his strength.

In the episode, Jerry’s meteoric rise as a hero starts with Rick’s refusal to fight any more 90s “goofball” villains. Rick ignores Piss Master’s threats, but jerry responds, engaging the villain in a battle. Eventually, Jerry becomes a popular intergalactic hero and even hires his family as the crew of his own spaceship. Meanwhile, Rick seeks mental stability after years of fighting villains, proving his power. However, the tragic death of Piss Master forces Rick back into action. Slowly Rick starts performing heroic acts across the galaxy as Piss Master, earning recognition. 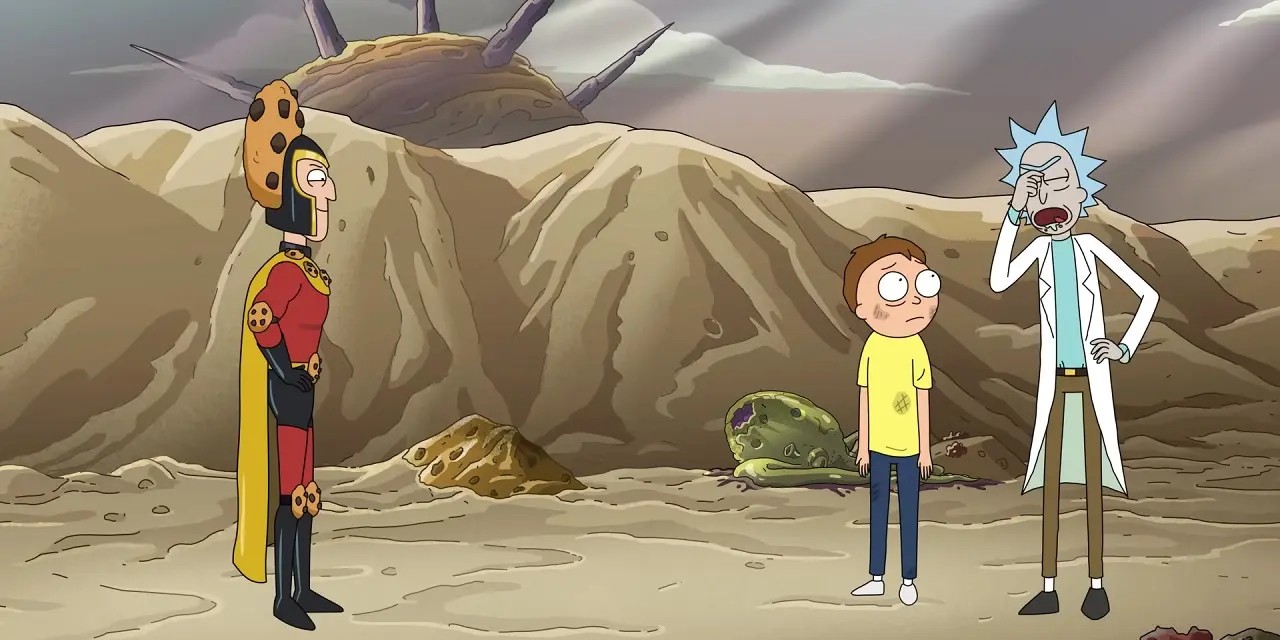 Eventually, the council of heroes asks Jerry to give Piss Master an orb and welcome him to the council. However, an arrogant Jerry is dismayed by the council’s decision and forcefully tries to give Piss Master the orb. As a result, Rick’s plan is foiled, and he is forced to reveal to his family that he is Piss Master. The council is disappointed by Rick and jerry’s feud and kicks them both off the team. Rick hides the fact that Piss Master died because of him. Instead, he claims to have been Piss Master all along but reveals the truth to Morty. Morty divulges the truth to everyone, much to the family’s disappointment.

Ultimately, Rick and Jerry both lose their hero status. Their arrogance gets the better of them, disqualifying them as heroes. However, Rick manages to restore Piss Master’s reputation in the world’s eyes. Rick’s exploits as Piss Master earnt the dead villain many plaudits across the galaxy. As a result, Piss Master’s family is proud of the villain and rejoices in his turn toward heroics. Thus, the episode blurs the lines between a hero and a villain by presenting complex motives behind Rick’s decision to become Piss Master.