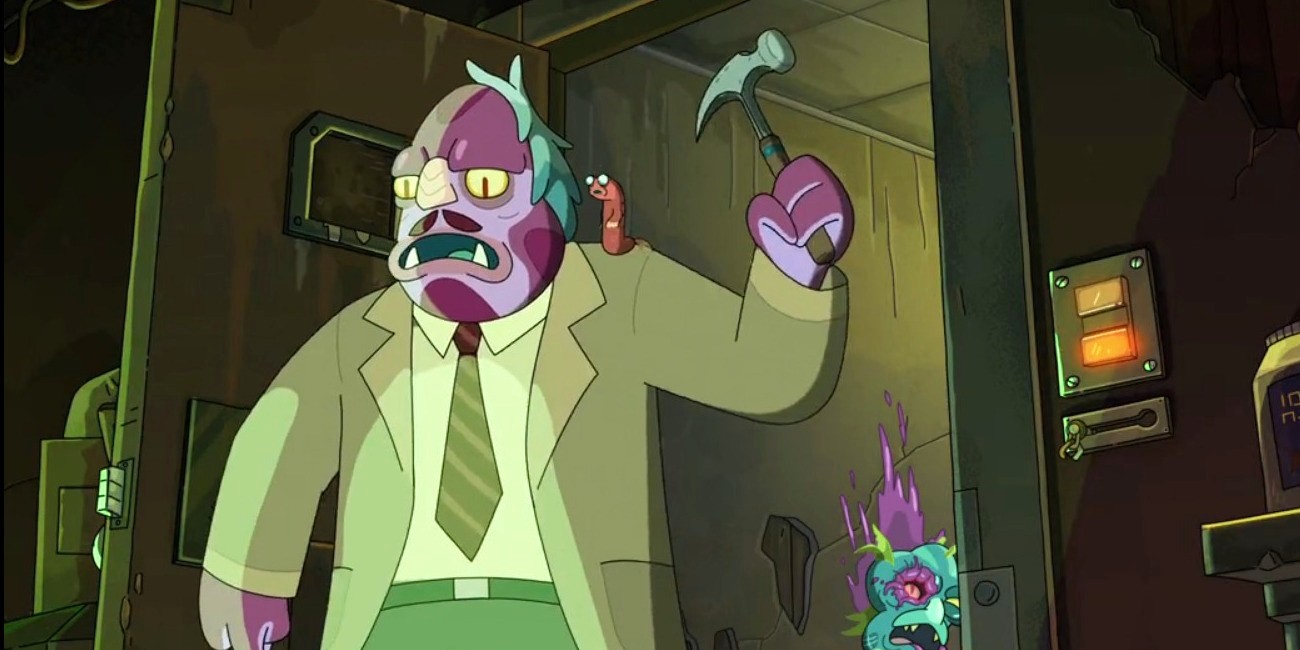 The animated sitcom ‘Rick and Morty‘ is known for using post-credit scenes to add an extra punch of humor to the episodic storylines. The trend continues deep into the show’s sixth season but with a more elaborate touch. The ninth episode tackles the medieval fantasy genre, with Rick and Morty exploring the culture of the knights living on the sun.

On the other hand, the post-credits scene of episode 9, titled ‘A Rick in King Mortur’s Mort,’ resolves an entirely unique and hilarious subplot from that episode that viewers might have completely missed out on. Therefore, if you are looking for an explanation about the post-credits scene of ‘Rick and Morty’ season 6 episode 9, here is everything you need to know! SPOILERS AHEAD!

The ninth episode, titled ‘A Rick in King Mortur’s Mort,’ follows Rick and Morty as they wait for food at a pop-up restaurant on an asteroid that rarely enters earth’s orbit. However, the duo gets carried away to the sun after Morty accepts knighthood from the solar knights. After Morty refuses to follow the traditions of the solar knights, it creates a host of issues for Rick and Morty. Eventually, an all-out war emerges among the space knights from different planets in the solar system. Ultimately, Rick and Morty manage to resolve the crisis and return home. However, the post-credits scene clarifies a peculiar moment in the episode’s opening scene.

In the very first scene, viewers see Rick eating “hot dogs” at a stand outside the restaurant on the asteroid. The post-credit scene reveals that this stand is involved in the illegal trafficking of hot dogs. These intergalactic hot dogs use small worm-like creatures instead of sausages. Special Agent Mongo Bongo has been tracking the trafficking of these creatures and discovers the hot dog seller. He triumphantly arrests the hot dog seller and introduces himself as a capable space agent.

The episode highlights the layers and nuances of trafficking by using a food chain structure. Thus, it is hilarious to watch Mongo Bongo become the food of someone above him in the food chain. The swift introduction and demise of Mongo Bongo further underline the show’s tendency to make minor characters the butt of the gag that bookmarks the episode. However, since Mongo Bongo’s subplot is contained within the post-credits scene, it makes his story all the more memorable.