Robert Westergaard From Below Deck Mediterranean: Everything We Know 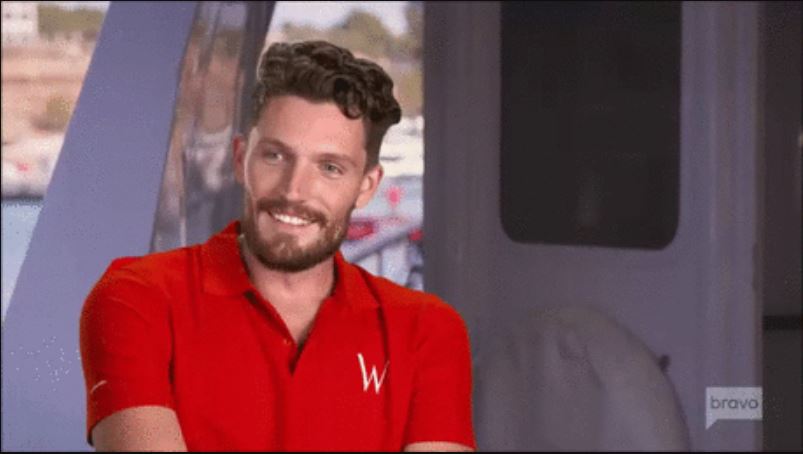 Bravo TV has grabbed the reality television market by its horns, coming out with one great series after another, all with a drastically unique and specific premise. ‘Below Deck Mediterranean‘ is just one such series. Voyaging around the beautiful island of Mallorca, Spain, on a 184-foot yacht named The Wellington, the largest in ‘Below Deck’ history, as the ship makes its journey, each episode of season 5 features a new group of elite passengers presenting a different set of challenges for the crew members who work and reside on the yacht.

The entertainment for us comes from the way these members handle the challenges and work through their own personal issues and relationships. With Robert Westergaard joining the series as the newest cast member, as a Deckhand, we were obviously in for a few surprises. Curious to find out more about him? Here’s all that we know.

Robert Westergaard: Where Is He From?

Robert is a South African native. He only got into the industry some time ago, but he already has a few charters behind him. With his experience, he attributes most of the problems on board to a lack of communication and understanding between crew members, which is why he has learned to be open. He is known for being dependable, honest, and trustworthy, but he also respects the workplace hierarchy no matter who the boss is, which makes him a favorite both in the crew and outside.

Robert had a tough childhood which transpired into him having difficulty steering clear of trouble, but when financial crisis arose, he launched a career as a professional model. For nine years, he traveled the world and got in front of the camera, spending most of his time working for some of the most prestigious fashion houses in the world. However, when his mother passed away, he turned to the sea for some sort of clarity and understanding about what he wanted to do next.

From there, his love and passion for traveling, as well as his knowledge of mechanics, led him to try yachting. He spent two years learning the ropes of the industry and then found his way in. From one charter to another, he kept moving, and with that, he landed a job as a Deckhand on The Wellington. Now, he plans on continuing both his professions and is signed with a company called Elite Models.

Robert lost his father at a very young age, and then, he got separated from his mother as well. So, when the need to take care of his sister and paying off his mother’s debt arrived, he had trouble, but he stepped up to do it anyway. Even now, when both he and his sister are financially independent and have their own lives, they remain in touch and are extremely close, having a bond that can’t ever be broken.

As for his romantic relationships, the 30-year-old seems to be actively looking right now. Robert and Jessica More, the third stew on The Wellington, did start a steamy romance this season, but it didn’t last. Jessica revealed that their relationship fizzled out when they came back to dry land and that they don’t even communicate anymore. Robert was also recently rumored to be linked to both Madison Stalker from ‘Below Deck Sailing Yacht‘ and Hannah Berner from ‘Summer House,’ but he denied dating either of them.

When he appeared on ‘Watch What Happens Live with Andy Cohen,’ though, he did add that he had been talking to Hannah Berner. “Her and I were chatting … that’s interesting,” and that’s all he had to say in response to the rumors.