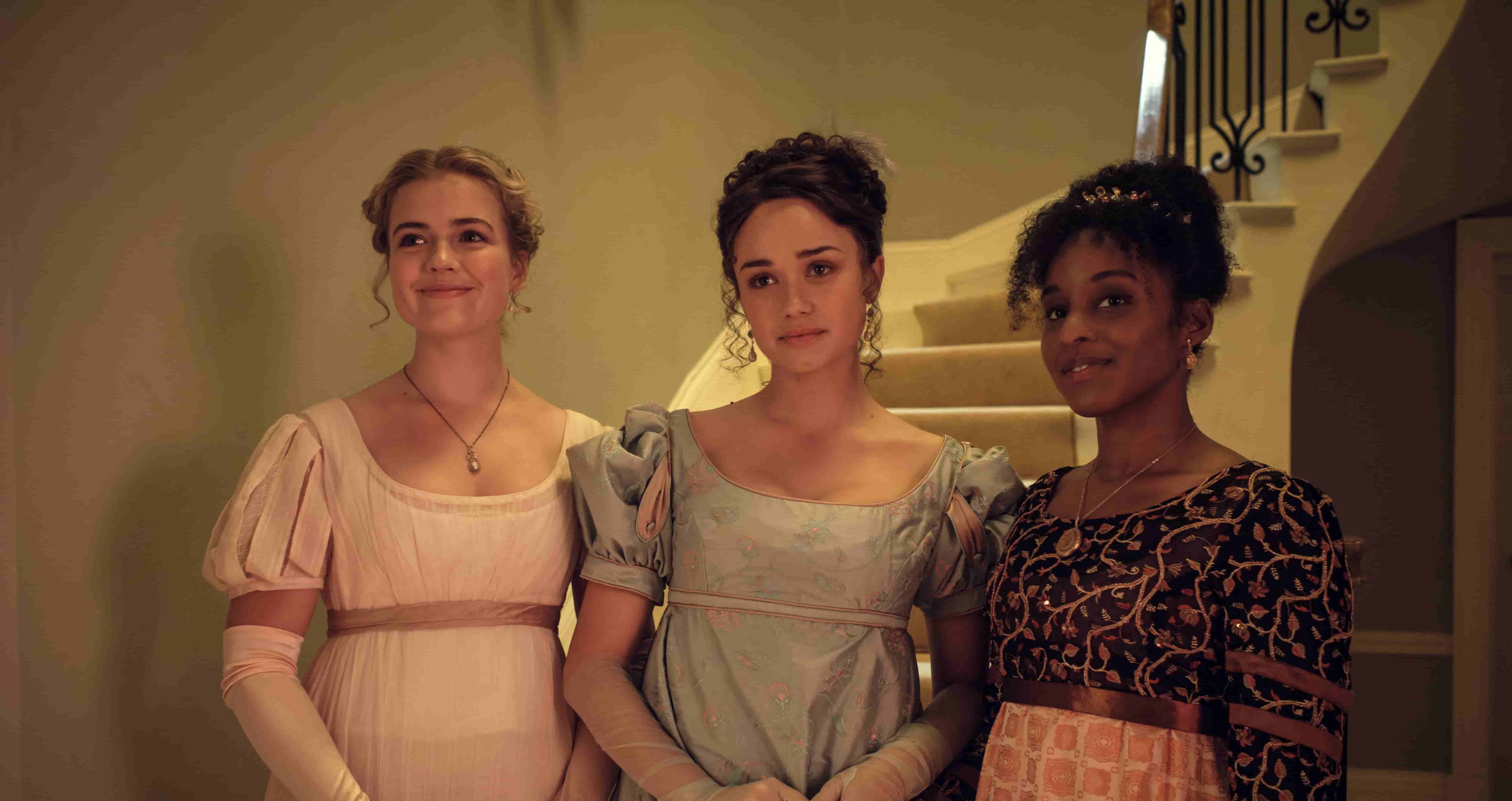 Season 2 episode 5 of the period drama TV series ‘Sanditon’ sees the Parkers struggling to organize their ball due to Colonel Lennox’s refusal to pay the shopkeepers’ debts. Alexander attempts to apologize to Charlotte after the events of Lady Denham’s garden party, while Captain Fraser tries convincing Alison to not leave town. At the Denham estate, Edward’s vile schemes escalate as he leaves no stone unturned to get back at Esther.

On the other hand, Georgiana gets increasingly drawn toward Charles and conflicts arise between Tom and Mary. All this leads to highly intense situations at the Parkers’ ball, and Charlotte finally chooses between her two suitors. Now, we’re sure you must be curious to find out about the shocking ending of ‘Sanditon’ season 2 episode 5. So let’s get to it after a quick look at the events that lead to it, shall we? SPOILERS AHEAD.

As the episode begins, the Parkers find themselves in a fix when the shopkeepers refuse to provide supplies for their upcoming ball because of the battalion’s unpaid debts. Tom later confesses to Arthur and Mary that Colonel Lennox has trapped him in gambling debt, making them disappointed in him. A heartbroken Alison decides to go back home, but Charlotte advises her to not give up on love. Meanwhile, Georgiana goes to meet Charles, and romance blooms between them, much to Mary’s disdain.

Elsewhere, Edward secretly replaces Esther’s medicine with poison, which does not kill her but causes hysterical fits and loss of sanity in her. When Charlotte goes to work, she finds Augusta upset about not being allowed to the ball and tries convincing Alexander to let her go. At first, he struggles to apologize to her for his previous outburst at Lady Denham’s party, but they eventually reconcile.

In the meantime, Captain Fraser calls on Alison and tries to make amends with her for Captain Carter’s behavior. She realizes that he is not as harsh as he seems to be and they start to bond. Lady Denham informs Mary about Colonel Lennox and his men previously duping people in other towns, thus raising her worries. Luckily, Arthur convinces the shopkeepers with his goodwill, and arrangements for the ball are done at the last moment.

Before the ball, Georgiana and Alison try persuading Charlotte to give Colonel Lennox a chance and believe him to be more suitable than Alexander. Later, Alison confronts Captain Carter at the ball and gives him a fitting reply, before proceeding to dance with Captain Lennox. Unfortunately, Esther’s deteriorating condition makes her cause an unintentional scene at the ball, thus embarrassing Lady Denham. Edward then successfully manages to convince his aunt that Esther’s family has a history of mental illness and she may be going down the same path.

This, coupled with no news from Lord Babington, makes Lady Denham doubt Esther’s credibility to be her heir. Despite Clara trying to reason with him, Edward refuses to budge and declares his vengeance against his step-sister, who begins losing all her hopes. Furthermore, Charles tells Georgiana that he is leaving for Europe the next day and asks her to elope with him, leaving her in a dilemma.

After realizing at the garden party that Alexander likes Charlotte too, Colonel Lennox decides to win her over at any cost. He tries to speak to her after their dance at the ball, but she avoids him and walks away. Charlotte is pleasantly surprised when Alexander and Augusta unexpectedly arrive, and she convinces him to dance. Seeing their proximity, Colonel Lennox gets agitated and decides to use another approach.

Afterward, Charlotte tries indicating to Alison and Georgiana that she is more inclined towards Alexander when suddenly Colonel Lennox arrives and asks to speak with her privately. He goes on to declare his feelings for her and asks her to marry him, but she turns him down and states that she doesn’t wish to marry anyone. She also says that she does not reciprocate his love, but he refuses to back down and aggressively insists that she agree.

Even though Charlotte strongly rejects him, Colonel Lennox tries to kiss her forcefully and then threatens her with his rank. Fortunately, Alexander arrives at the scene and escorts a visibly rattled Charlotte away. She then implores him to tell her the truth about his past and divulges everything Colonel Lennox said about him earlier. Overcome by his feelings for her, Alexander takes her home and opens up about his painful history. Touched by his pain, Charlotte comforts him and they kiss tenderly, expressing their hidden love for each other.

What Happened to Lucy Colbourne?

When Charlotte tells Alexander about Colonel Lennox’s account of Lucy, he angrily rubbishes his claims and tells her the truth about his late wife. Lucy and Alexander got married at a young age, after which she wished to stay amidst a society in London. However, since he was rather reclusive, he left her there for the social season and came back to Sanditon. The couple became rather estranged due to the distance, but soon, Alexander heard that his wife was in trouble and rushed to meet her.

Lucy revealed to Alexander that she had an extramarital affair with Captain Lennox (later Colonel), whom she met after her husband left. The affair resulted in her getting pregnant and being abandoned by her lover, who went away for another posting. Though shattered by his wife’s betrayal, Alexander accepted her and the child. After Lucy gave birth to a baby girl named Leonora, she was consumed by her guilt and that seemingly ended her life tragically. Shocked to find out that Leonora is Colonel Lennox’s daughter and how selfish he really is, Charlotte consoles a grief-stricken Alexander and praises his kindness. Sadly, the little girl overhears the conversation and runs away in distress.