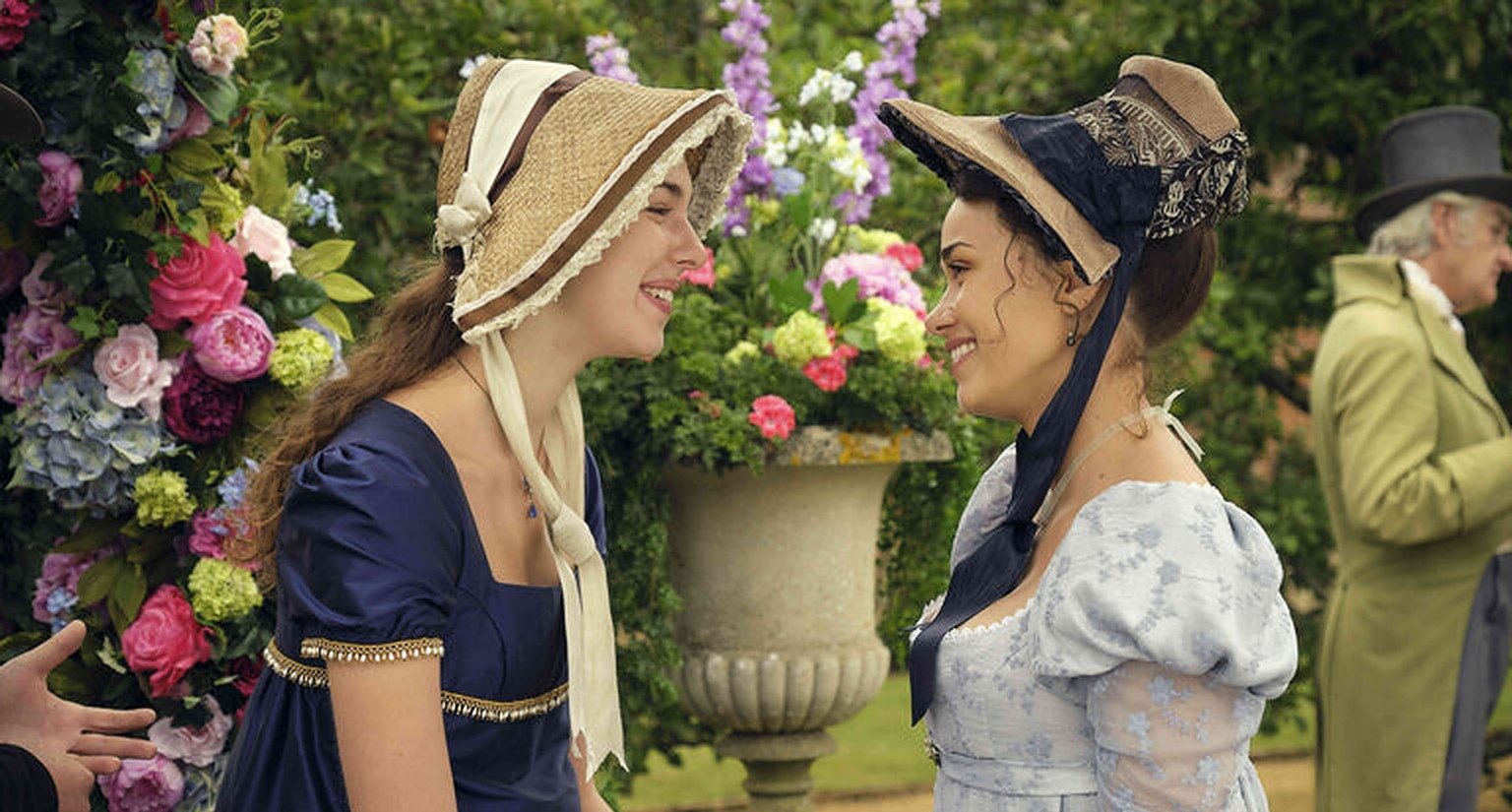 Season 2 episode 4 of the period drama TV series ‘Sanditon‘ sees the townsfolk gearing up for Lady Denham’s much-awaited annual garden party. Charlotte is finally able to befriend Augusta and Leonora and convinces Alexander to attend the party. As Captain Carter prepares to propose to Alison, Captain Fraser tries to stop him and warn her of his lies.

Elsewhere, Georgiana stubbornly refuses to open up to Charles and Edward starts playing his sinister game of deceit again with Clara and Esther. Heated drama unravels at the party when both of Charlotte’s admirers compete for her attention and Alison finds herself in a dangerous situation. Curious to know more about all this and the intense ending of ‘Sanditon’ season 2 episode 4? Let’s find out right now! SPOILERS AHEAD.

The episode commences with Charlotte teaching Augusta and Leonora the cotilion dance after Alexander surprisingly permits them to use Lucy’s piano. As she bonds with the girls, he pops in and announces that he shall accompany Augusta to Lady Denham’s party and introduce her to society. Charlotte then proceeds to help the excited young girl choose one of her late aunt’s dresses for the event. At the Parker household, Tom tries to ask Colonel Lennox about the shopkeepers’ debts, but the latter evades his questions. 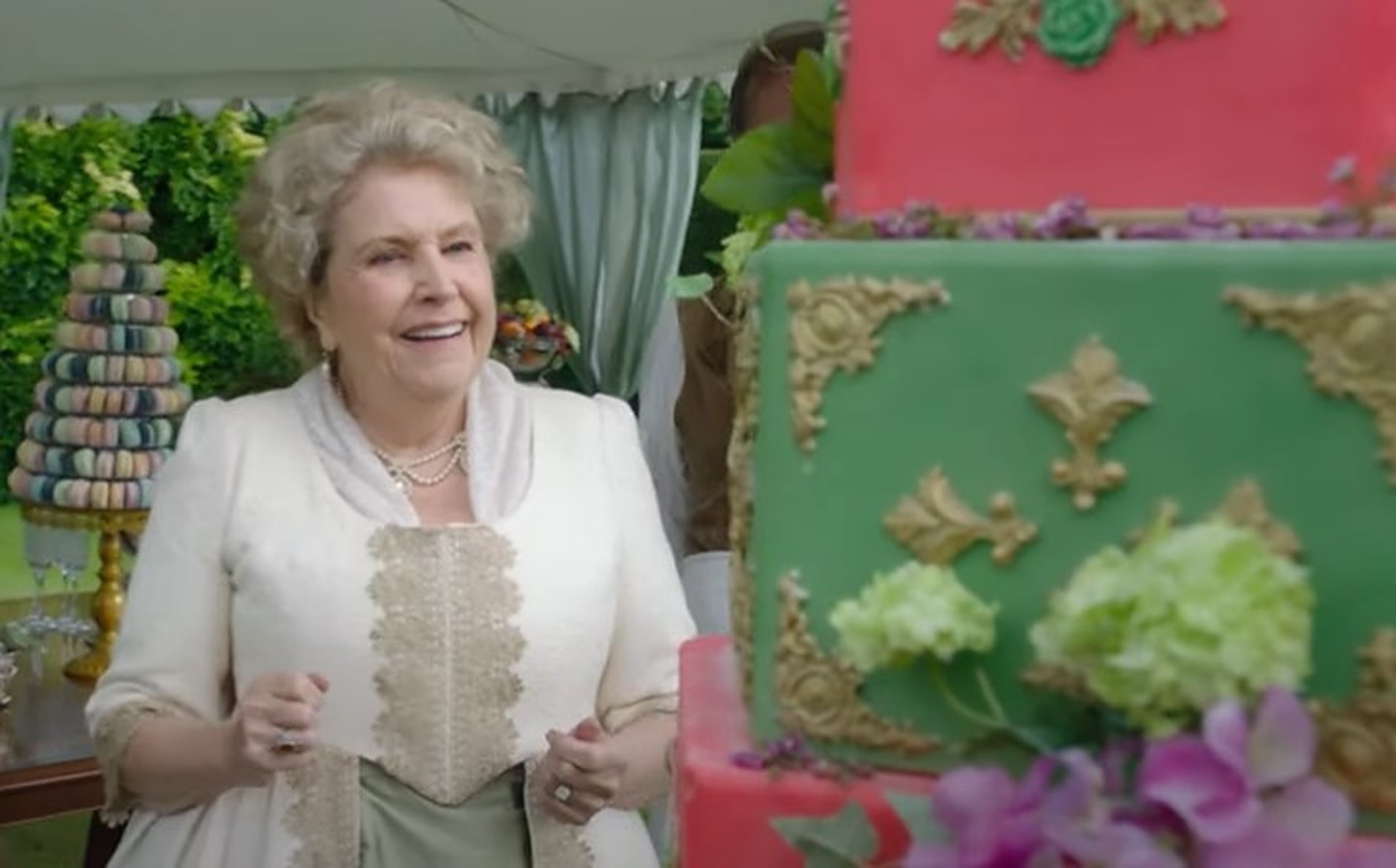 Soon, Georgiana arrives to inform Tom and Mary about what she has discovered regarding Sidney’s visit to Antigua before his death. It is revealed that he had gone there to contest a false claim against her to ensure that she got her rightful inheritance and dignity. Afterward, Charles and Georgiana have a heated argument during a painting session and she walks off in anger. Meanwhile, Edward steals all the letters Lord Babington sends to Esther, approaching her later to look at his son and put up an act of repentance.

At the army camp, Captain Carter takes Colonel Lennox’s permission to marry Alison and begins preparing for the same. However, Captain Fraser tries to stop him from lying to her, but his words fall on deaf ears. Later, everyone arrives at Lady Denham’s grand garden party and is shocked to see Alexander and Augusta attend as well. When Georgiana enters, Lady Denham mocks her about her sugar boycott again, only this time the former bravely takes a stand for herself with Charles and Charlotte’s encouragement.

Impressed by Georgiana’s act of courage, Charles sneaks her away from the party and she opens up to him about her painful past with Otis. Seeing each other’s vulnerable sides brings them closer but just as they are about to kiss, they are interrupted by Mary and Miss Hankins. On the other hand, Edward secretly visits Clara and tries to coax her into an alliance again by proposing to her. He reveals his plans to acquire Lady Denham’s wealth for themselves and their child by breaking Esther’s marriage and removing her from the inheritance.

When Clara argues about Esther’s kindness, Edward brainwashes her against the latter and promises his love to her. At Lady Denham’s party, Alexander feels awkward interacting with the townsfolk after several years and Augusta faints due to her tight corset. Charlotte helps her feel better and their friendship grows stronger. As the party ends, Edward arrives unannounced and shockingly declares his wedding to Clara.

Captain Fraser repeatedly protests against Captain Carter’s intentions to propose to Alison and implores him to tell her the truth. When he refuses, Captain Fraser tries to warn Alison against him and indirectly confesses his feelings to her. However, she ignores him and rather takes offense to his words. In addition, Charlotte and Georgiana find out about Captain Carter’s lies from Colonel Lennox and try to stop Alison, but she rebukes them as well.

As a dejected Captain Fraser looks on, Alison goes boating in the lake with Captain Carter and excitedly agrees to his marriage proposal. Unfortunately, she loses her balance and falls off the boat into the water. As she cries for help, Captain Carter doesn’t jump in to save her and she almost drowns but is rescued in time by Captain Fraser. Confused as to why her lover didn’t save her, Alison confronts him and realizes that everyone was right about Captain Carter’s lies. She angrily rejects him and then criticizes Captain Fraser for hiding the truth, before walking away.

Who Wins the Archery Competition?

Since Alexander Colbourne sets foot at Lady Denham’s party, Colonel Lennox gets agitated seeing him and his proximity to Charlotte. The feeling is equally reciprocated by the former, resulting in her becoming the mediator between them. Charlotte requests them both to behave civilly with each other, but Colonel Lennox keeps passing remarks about Lucy to instigate Alexander. Seeing their rivalry, Lady Denham pits them against each other in her annual archery competition.

Both men prove to be at par with each other in their archery skills, but Colonel Lennox brings in Charlotte to play his final shot to tease Alexander. After Charlotte hits the bull’s eye, Alexander too, asks her to shoot on his behalf, but she ends up missing the target. Colonel Lennox wins and insults Alexander, who leaves angrily with Augusta. When a tense Charlotte tries to stop him, he commands her to stay away from his rival, thus offending her.

Does Clara Accept Her Baby?

Clara refuses to feed or even hold her newborn son George, behaving rather cold and indifferent toward him. Nonetheless, she pretends to be affectionate to him in front of Lady Denham, to remain in her good books. Esther is surprised to see this and constantly encourages Clara to hold her child. Despite George being a reminder of Edward’s betrayal, Esther is highly affectionate towards him as he evokes her maternal feelings.

After Clara avoids even looking at the baby, Esther confronts her and vulnerably remarks how lucky she is to have a child unlike her. Clara is moved by her words, and tearfully confesses her fear of being incapable of being a mother. Esther then comforts her and assists her in feeding George, reminding her of the good in her. Gradually, Clara manages to bond with her son and accepts him.

Read More: Where is Sanditon Filmed?