Who Will Charlotte End Up With: Alexander Colbourne, Colonel Lennox, or Charles Lockhart? Theories

In season 1 of ‘Sanditon,’ Charlotte Heywood arrives in the titular seaside resort town hoping to get a firsthand taste of the change and modernization going around. As she gets acquainted with the residents and the secrets they hide, she finds herself caught between two men, the amiable foreman James Stringer and the brooding Sidney Parker, the resort owner’s brother. Eventually, she chooses the latter but is left with a broken heart when he sacrifices their love and marries Eliza for his family’s sake as the debut season ends.

Charlotte gets shattered further when Sidney dies of yellow fever in Antigua after his wedding. As she returns to Sanditon yet again in season 2, she catches the attention of not one, but three new intriguing suitors — Alexander Colbourne, Colonel Francis Lennox, and Charles Lockhart. Since Sidney’s death, Charlotte has vowed to abstain from love and marriage, but it is quite likely that one of these three handsome men will win her heart. Let’s find out who has the maximum chances of doing so, shall we? SPOILERS AHEAD.

Will Charlotte and Alexander Colbourne End Up Together?

Alexander Colbourne is a wealthy widower with a giant estate, who is rather reclusive and doesn’t mingle much with the townsfolk. He is the guardian to his nine-year-old daughter Leonora and teenage niece Augusta, who is an orphan. After his wife’s death, the single father struggles to raise the girls and ends up neglecting them due to his work. 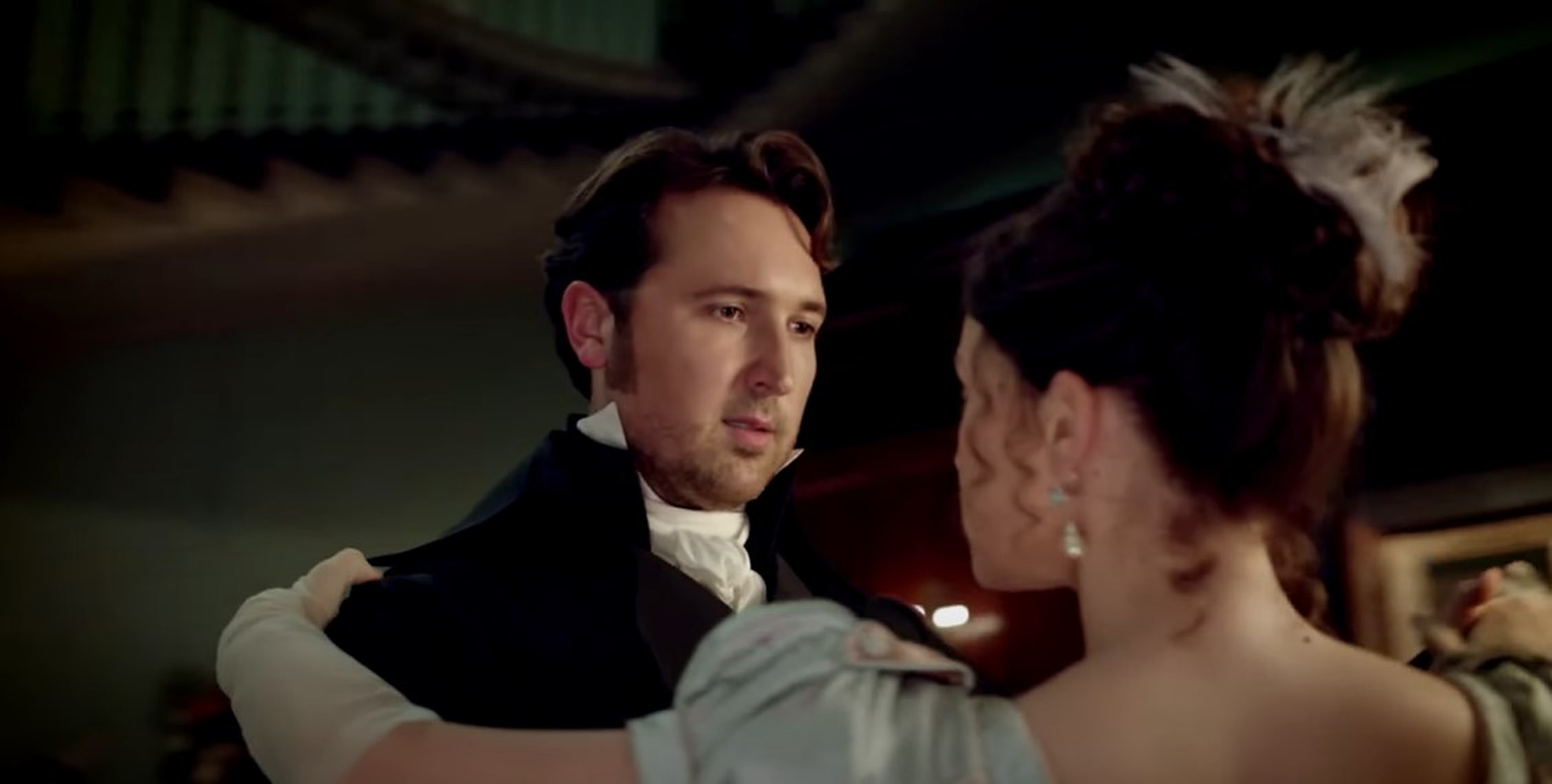 Charlotte meets Alexander for the first time when she saves Leonora from a mishap and accompanies her home. She finds his behavior rather curt and dismissive, but he sees potential in her and offers her the job of a governess to the girls after a rather grilling interview. Nervous to prove herself, Charlotte finds herself challenged by a rather unruly Leonora who insists on behaving like a tomboy and an unwelcoming Augusta.

Alexander instructs Charlotte to make proper ladies out of the girls but warns her of their antics. While Leonora slightly opens up with her after a little effort, Augusta refuses to conform and lands her in trouble by making her play the piano of Alexander’s late wife. Angered to see this, he confronts Augusta but Charlotte takes the blame on herself and goes on to give him an earful about not devoting any attention to the girls.

Impressed by Charlotte’s courage and honesty, Alexander does not fire her and gives her another chance to tame the stubborn girls. Though he may seem rather stiff on the outside, he can make a rather good match for Charlotte as they share much in common. Both have tragically lost the loves of their lives and have withdrawn from feelings. Moreover, they both are dedicated to their work and believe in giving fair chances to the deserving.

What’s more, Alexander reminds one of Sidney at times, with his hot and cold attitude towards Charlotte. As the narrative progresses further, she may be able to melt his stoic exterior and discover a man of emotions beneath. Their shared grief of loss is what shall help them bond deeply and might lead to a potential romance ahead.

Will Charlotte and Colonel Lennox End Up Together?

Colonel Francis Lennox arrives in style with his battalion in Sanditon, and the men set up camp in town, thus generating the curiosity of the townsfolk. As the ladies begin swooning at the sight of the dashing soldiers, Charlotte’s sister Alison gets smitten with Captain Fraser, a young officer who rescues her from a carriage accident.

On the other hand, Charlotte bumps into a shirtless Colonel Lennox when she, Georgiana, and Allison end up wandering unaccompanied into the army camp. Unlike the other women, she is quite civil with him and acts rather unaffected by his charms. However, he finds her extremely beautiful and tries to flirt his way into her heart. Though she doesn’t respond to his interest quite openly, a spark can definitely be seen between them.

Later, Colonel Lennox catches up with Charlotte as she walks to the Colbourne estate on her first day of work. After congratulating her, he invites her to the Mess Dinner hosted by the soldiers to mingle with the townsfolk. At the dinner, Colonel Lennox graciously plays host and dances with Charlotte, while they enjoy each other’s company. Although, he is slightly surprised when she reveals that Alexander is her employer.

Colonel Lennox is a thorough gentleman with a good sense of humor, who shall give Alexander a strong competition in wooing Charlotte. In addition, most of her friends and acquaintances shall encourage her to choose him as a suitor, due to his likable nature and social status. Though only time shall tell whether Charlotte succumbs to his dashing persona and falls for him, he shall inevitably play a pivotal role in her life.

Will Charlotte and Charles Lockhart End Up Together?

Charles Lockhart is an outspoken artist who lands in Sanditon to seek inspiration and paint during the summer Charlotte returns as well. He is a rather charming and self-indulgent man who is interested in the finer things in life. Nonetheless, he also has a rather enigmatic element to him and attracts attention with his flamboyance.

Charles initially tries to flirt with Charlotte but shows more inclination towards Georgiana, who constantly rebuffs his advances. He is keen to get better acquainted with the latter and starts inquiring about her. Though Georgiana behaves rather rudely with him each time, she secretly finds him amusing and is slightly drawn to his unpredictable and enigmatic self.

The unconventional artist merely views Charlotte as a muse and declares his intentions to woo Georgiana publicly at the Mess Dinner, where he makes a rather unpleasant toast in her honor. While everyone in town condemns him for this, she is impressed by his unbothered attitude and decides to know him better.

Hence, it is rather clear that Charles is not going to pursue Charlotte romantically as such, but his moodiness doesn’t guarantee how serious he is about Georgiana either. Regardless of whether he finds love or not, he shall surely spice up the lives of the Sanditon townsfolk during his stay.