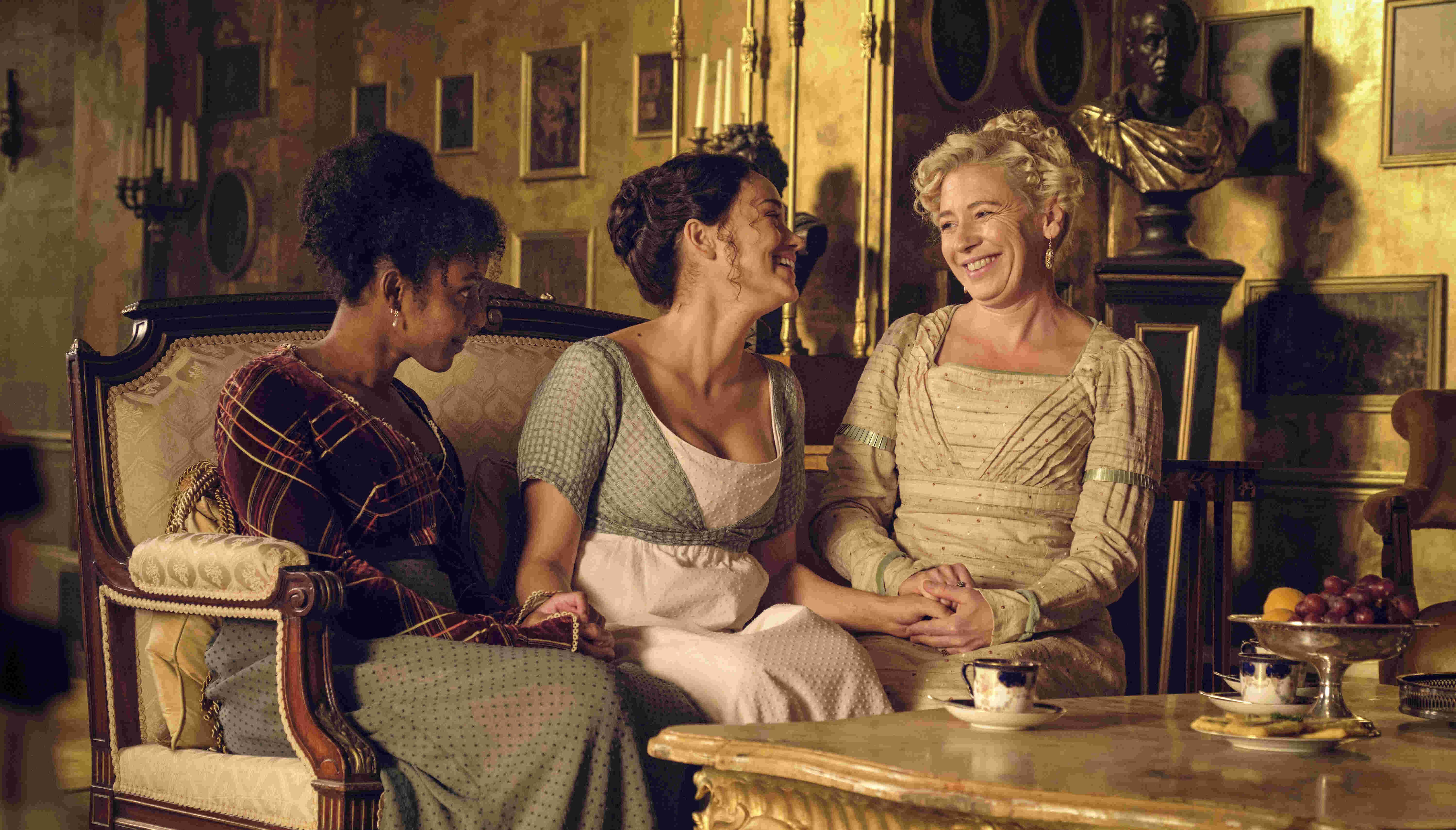 In the season 2 finale of the period drama TV series ‘Sanditon,’ Charlotte and her friends make crucial decisions that determine their future paths. Though Alison prepares to leave for Wellington, she secretly hopes that Captain Fraser would gather the courage and convince her to stay. Georgiana on the other hand is set to escape Sanditon for a new adventure with Charles, but a sudden revelation changes everything she ever believed.

While Esther’s life hangs in the balance, Tom and Arthur step up to save their family honor by confronting Colonel Lennox. Moreover, Charlotte and Alexander’s relationship takes a drastic turn, but will it bring them closer or separate them forever? Now, if you’re eager to find out about all these events as well as the startling ending of ‘Sanditon’ season 2, we shall not prolong your wait anymore. Let’s begin with a quick recap, shall we? SPOILERS AHEAD.

Season 2 episode 6 commences with Charlotte revealing the truth behind Colonel Lennox and Alexander’s animosity to Alison and Georgiana. Later, Captain Fraser visits Alison to say goodbye but is unable to confess his feelings, leaving her dejected. Instead, he gives her a farewell present to be opened later. Elsewhere, Charlotte and Alexander share another tender moment but it gets interrupted when Mrs. Wheatley informs them that Leonora is missing.

Meanwhile, the little girl arrives at the army camp and looks for Colonel Lennox. Still disturbed by Alexander’s confession to Charlotte, she decides to confront the colonel about being her father. Luckily, Alexander and Charlotte find out about this from Augusta and arrive at the camp to take Leonora back, while a shocked Colonel Lennox denies being her father. At the Denham estate, Esther’s condition of delirium deteriorates, and the doctor declares that she needs to be institutionalized.

A gleeful Edward conspires to kill her by instigating Clara to poison her. However, Clara realizes his selfish motives and concludes that he is just using her and George for the money Lady Denham promised them. Thus, on the day of their wedding, she exposes his entire plan in front of everyone and takes a stand for Esther. A livid Lady Denham decides to punish them both, but Esther defends Clara and accepts her apology.

Later, Clara quietly leaves Sanditon and gives George’s responsibility to Esther, who happily accepts him as her son. On the other hand, Edward is stripped of his ranks in the army as he fails to pay his commissions. He is therefore forced to accept Lady Denham’s punishment of living at her complete mercy as her employee.

To save the Parker family name, Tom teams up with Arthur to approach Colonel Lennox and get the shopkeepers’ wages. Tom challenges the colonel to a game of cards, putting forth a wager declaring that if the latter wins, he would personally pay the shopkeepers, whereas if he wins, the army would have to pay all their debts and leave Sanditon forever. After an intense round of cards, Tom emerges victorious and is able to respectfully pay the shopkeepers with the prize money. Colonel Lennox and his men eventually pack up and depart for their next posting in India.

Sanditon Season 2 Ending: Do Charlotte and Alexander End Up Together?

After finding Leonora at the army camp, Alexander and Colonel Lennox have a war of words about Lucy. The colonel taunts him about Charlotte and insinuates that he might ruin her life just like his late wife’s. This throws Alexander into a moral dilemma, as he feels unworthy of giving Charlotte any love or happiness and is afraid that the past might repeat itself. Thus, when she approaches him the next day, he pushes her away and states that he merely considers her an employee.

Alexander further reinstates that the moments they shared before were a mistake. After a shattered Charlotte leaves the job and walks away, Mrs. Wheatley and Augusta implore him to bring her back by making him realize how positively she has changed his and their lives. Determined to tell her how he feels, Alexander rushes to the Parker residence but is unable to express himself properly. Charlotte misinterprets his words and thinks that he only wants her back as the girls’ governess, feeling disrespected.

A disappointed Alexander goes away when Charlotte refuses his offer, leaving a lot painfully unsaid between them. Two months later, she gives up on the idea of love completely and surprisingly gets engaged to Ralph Sterling, the man her father initially chose for her. At the same time, a heartbroken Alexander wishes for a change of atmosphere and departs for London indefinitely with Augusta and Leonora. Even though he and Charlotte get separated, it is yet to be seen whether they cross paths again.

Do Alison and Captain Fraser Get Married?

Alison gives up all hope of finding her happy ending with Captain Fraser after his abrupt visit, and he too feels upset about not having mustered the courage to profess his love for her. To his surprise, Captain Carter motivates him to not let her go, and hence, he secretly approaches Charlotte and Mary for help. Afterward, Alison is about to leave Wellington when Charlotte asks her to open the present Captain Fraser gave her. She finds a poetry book with the very poem that Captain Carter had given her when he was courting her.

Realizing that it was Captain Fraser all along, Alison realizes her love for him and rushes to the army camp to find him. To her disappointment, the battalion has already left for their posting in India when she arrives. She unhappily returns to the Parker residence, only to find Captain Fraser waiting for her at the doorstep. Both of them lovingly share their feelings for each other and he asks her to be his wife. After two months, the couple gets married in the presence of their loved ones in Wellington and plans their future together.

Do Georgiana and Charles Elope?

While Georgiana prepares to elope with Charles, Sidney’s belongings arrive at the Parker household from Antigua. In them, Mary finds a letter that shocks everyone to the core. It states that Charles is the very man who filed a lawsuit against Georgiana to claim her inheritance, forcing Sidney to go to Antigua unannounced before he died. Fortunately, Charles lost the case in court to him but then began plotting how to dupe Georgiana.

The Parkers are flabbergasted at this information and rush to warn her before she makes any hasty decision. Just as Georgiana is about to go and meet Charles, Mary arrives and tells her the entire truth. Feeling highly betrayed and used by her lover, Georgiana goes to see Charles anyway and confronts him about his vile intentions. He admits to his lies but claims to have genuine feelings for her, but she berates him and chooses to stay in Sanditon with the Parkers.

After Charles leaves, Georgiana reads Sidney’s letter which also reveals that her mother may be alive somewhere. Overwhelmed at this news, she resolves to focus on finding her mother anyhow and restore her rights. The Parkers, especially Arthur, promise to help her in her endeavors.