‘Schmigadoon!’ is a modern-day musical comedy series that follows a couple in a romantic rut who find themselves stranded in a whimsical vintage town. Much to the irritation of Josh (Keegan-Michael Key), the town’s elaborate musical performances begin at the drop of a hat and are inspired by things as simple as the mention of “Corn Puddin.'” However, behind all the caricature-like characters that populate the fantasy world that Josh and Melissa (Cecily Strong) find themselves trapped amongst lies a deeper reason for the town’s existence. Let’s uncover the mysteries of ‘Schmigadoon!’ episode 1 before the town’s enthusiastic populace bursts into song again! SPOILERS AHEAD.

The opening episode begins with two overworked doctors, Josh and Melissa, meeting at a malfunctioning hospital vending machine where a little kick to the candy dispenser results in a flood of chocolate bars. The memorable encounter soon blossoms into love, and we are then given a glimpse of the two celebrating their first anniversary as a couple. Though the sparks aren’t flying as much, sweet romantic gestures are still a part of their relationship. However, when we next see them 3 years on, their relationship definitely seems to have become monotonous as we see a grumpy Melissa eating candy in bed next to a sleeping Josh.

In a bid to reignite the spark, the two attend the week-long Sacred Heart Love Trail, a program for couples who want to bring romance back into their lives. Josh is skeptical about the seemingly cheezy methods employed by the program supervisors, and the squabbling couple, during a particularly painful hike in the rain, finds themselves in a surreal vintage town that welcomes them with an elaborate introduction song. Melissa’s curiosity is piqued, and she convinces Josh to stay the night there. Though she finds it a little strange that the two are forced to get separate rooms because they’re not married, and Josh is suspicious of being charged only a dollar for the 2 rooms, they decide to stay on.

Schmigadoon! Episode 1 Ending: What is Schmigadoon?

The next morning, after a simple discussion about breakfast specials results in the town’s ever-present population bursting into song (twice!), a frustrated Josh decides to leave with Melissa in tow. However, they soon find themselves on a bridge with the town on both sides of it, making it impossible for them to leave. A leprechaun that suddenly appears confirms their fears that they are stuck in an unreal world, and the two realize that until they are truly in love with each other, they are stuck in the whimsical town of Schmigadoon.

The town that Josh and Melissa stumble upon is exceedingly zany and is fittingly named Schmigadoon. The town’s name most likely draws inspiration from the famous 1940s Broadway musical ‘Brigadoon,’ which depicts a love story centered around a magical Scottish village of the same name that appeared for 1 day every year. The name ‘Brigadoon’ was in turn likely derived from a medieval bridge located in the historic Ayrshire country of Scotland, where the word “brig” translates to the word “bridge.” Therefore, Brigadoon is a condensed form of “Bridge o’ Doon” or “Bridge over the river Doon.” Incidentally, the bridge is also depicted on certain Scottish £5 banknotes. 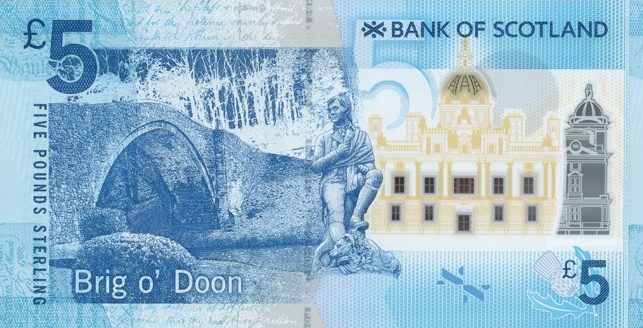 Hence, the bridge that Josh and Melissa repeatedly cross in the hopes of escaping the vintage town is most likely a tip-of-the-hat to the origin of the show’s name ‘Schmigadoon!’ The eponymous town seems to follow some of the social customs from the 1940s, like the fact that unmarried couples cannot share rooms. However, it also features ethnically mixed couples which were not common during those days.

On its surface, the town harks back to a simpler time that has not been eroded by the stresses of modern-day living (as is seen when Josh wants to check his email and the innkeeper helpfully informs him that the mail-cart will not show up until the next week). The town also has a characteristically cheerful mayor named Aloysius Menlove, who runs every election unopposed but hands out buttons anyway because, “Who doesn’t love buttons?”

There is obviously something supernatural about the town, which seems to exist in the oblivion of the world around it. At the end of the episode, Josh and Melissa also encounter a leprechaun, who, apart from completely shattering Josh’s sense of reality, also explains to them that they are stuck in there until they find true love, which seems to be the purpose of the town of Schmigadoon.

Why are Josh and Melissa in Schmigadoon?

Josh and Melissa seem to have had a whimsical beginning to their relationship. As we see in the opening scenes of episode 1, the two meet over an unexpected waterfall of candy bars that spews from a vending machine after Josh suggests that Melissa kick it. Their overworked lives instantly experience a moment of magic as they are caught up in the surreal moment of being ankle-deep in candy. This theme continues to their first-anniversary dinner, where the waitress, after offering them dessert, pours out a basket full of candy bars onto the table (Josh’s idea).

Their relationship, though seemingly stale now, seems to have had some fantastical element in its early days, possibly as a metaphor for their romantic love, which now seems to be flagging. Therefore, it is fitting that to rekindle their “magic,” Josh and Melissa find themselves in the over-the-top magical town of Schmigadoon.

Read More: Where Is Schmigadoon! Filmed?