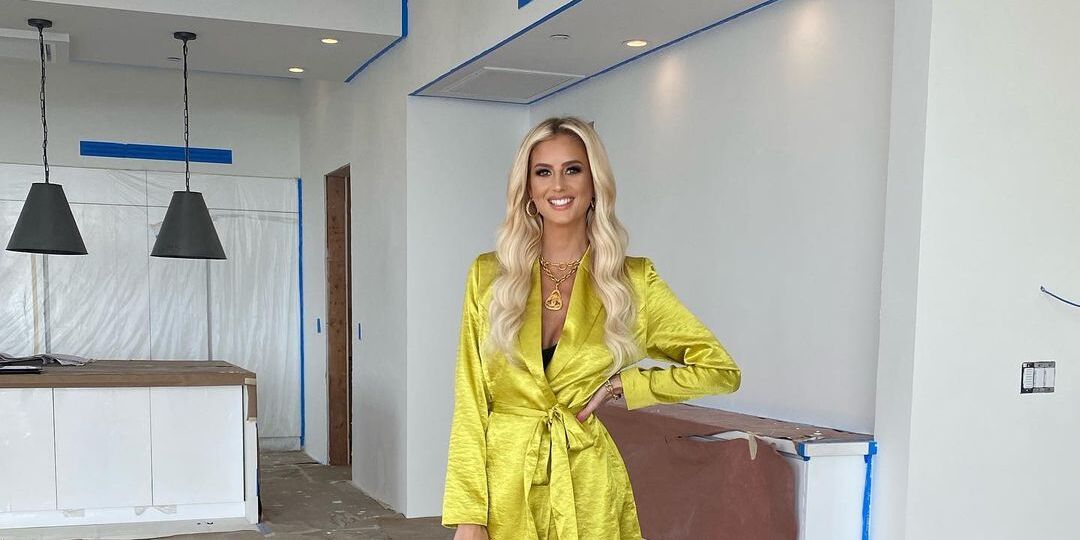 For those still unaware (how?!), Netflix’s ‘Selling Sunset‘ is a reality series that shines a light upon some of the most competitive and successful real estate agents in Los Angeles as they navigate every aspect of their lives. Apart from dealing in extravagant high-end properties, the production also delves into the brokers’ romantic relationships and inter-personal drama, making things all the more entertaining. So now that Emma Hernan has joined the cast as a full-time employee of The Oppenheim Group as well, let’s find out everything there’s to know about her, shall we?

On July 14, 1991, Emma Hernan was born around the Boston region of Massachusetts, where she grew up in a kind, loving, and supportive family. That includes her mother, father, and elder brother, along with a tight-knit group of cousins and a few other relatives. Her mother, Stephanie Hernan, is the owner and CEO of Yankee Trader Seafood, whereas her brother, Alex Hernan, is the Director. The latter also seems to be a happily married father, making Emma an aunt, which she rather enjoys.

In short, it appears as if she’s a family-oriented woman through and through. Interestingly, Emma is the granddaughter of Gerry McAdams, who established the Yankee Trader Seafood in 1994. Coming to Emma’s father, not much is known about him, but the way she often references him on social media clarifies that he’s very protective and considers her his Princess.

Back in 2019, the LA-based star started proving this when she shared an image wherein she was wearing a jacket with nothing underneath and captioned it, “When my dad tells me to wear a jacket on my date… 🤷🏼‍♀️🤓.” More recently, when she shared pictures from a Halloween bash for which she wore a scandalous outfit, she wrote, in part, “Thank you [Chrishell Stause] for this photo, I appreciate it… my dad not so much when he logs onto IG today👻😂.”

Emma Hernan has been working since the age of 12, starting with modeling and a part-time job as a babysitter. Thus, when she was 16, her career in the entertainment industry took off, and she began booking runway gigs in Paris and other areas across the globe. Her most lucrative profession, though, has been as an investor. After all, while babysitting a family whose patriarch was in the stock market, Emma developed a passion for the same.

She taught herself the ropes before starting to invest at the age of 14 or 15. By the time Emma was 17, she was financing her own family’s food business, from where she became an entrepreneur. Today, she continues to serve as a model and angel investor while also being the Founder and CEO of Emma-Leigh & Co., a plant-based frozen food firm. Moreover, she’s a realtor, a post she has held with The Oppenheim Group since 2018.

Emma’s passion for lavish properties is what initially led her to obtain her license, so she primarily worked as a part-time employee while juggling other ventures until asked to take up more responsibilities. From what we can tell, her clientele includes several national and international high-profile individuals and celebrities.

Emma Hernan has been involved with a few select men throughout her life — including an ex she shares with Christine Quinn, whom she was reportedly even engaged to — but it seems like she is currently single. The 30-year-old bi-coastal resident confirmed her relationship status to People in September 2021, adding that the only commitment she is in right now is with her work and her rescue Akita mix pup, Benny. Emma’s dog owns her heart, and she wouldn’t have it any other way.