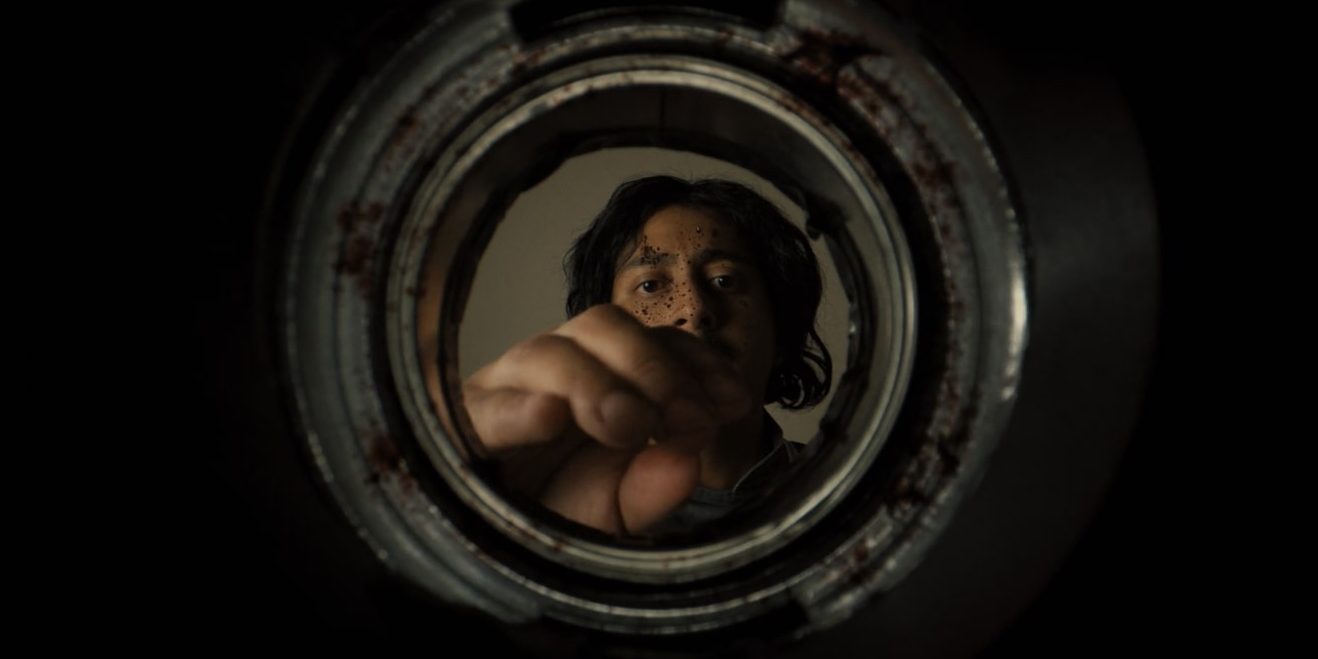 Envisioned by Tony Basgallop, the psychological horror-thriller series ‘Servant’ brings a dysfunctional family into extraordinary circumstances. After the death of their baby Jericho, Sean Turner keeps a nanny to manage his wife’s catatonic episodes. Leanne, the mysterious babysitter, plays along, and the baby appears back in its cradle. The story has come a long way by the third season, as we have seen bits and pieces of Leanne’s past life. In the present, Leanne shudders from fear after the incident with Aunt Josephine. The fourth episode of the third season, titled ‘Ring,’ unveils a loud upheaval in the household, while the twist ending is something to ponder upon. If you cannot dissect the final moments, let us help you out. SPOILERS AHEAD.

The fourth episode begins in the attic room where Leanne stayed confined till a while ago. Thankfully, the room is now a makeshift dance studio – and Dorothy attempts to give Leanne dance lessons, with an old record by Vivian Dale playing in the background. For Leanne, the session brings back memories from her childhood. She recollects how her mother used to keep her hungry until she got those moves right. Dorothy briefly consoles Leanne, but she excuses herself for an upcoming meeting.

Moreover, a safety equipment guy is at the house since Jericho’s movements would increase with age. While Leanne suspects him to be from the Church of the Lesser Christ, Dorothy talks her out of the paranoia. Meanwhile, Dorothy’s colleague, Isabelle, gets to cover the “Spring at the Mansion” party in a Tuscan Villa, which Dorothy has covered for the past six years. In turn, Dorothy is outraged, and she feels neglected. She also thinks that Jericho should go back to a solid diet, but Leanne tells her that mother’s milk is a better option. Dorothy becomes suddenly harsh.

Dorothy leaves for the meeting at the station while one of the homeless guys attempts to talk to Leanne. She hurriedly enters the house to see Tobe, who has brought along his new girlfriend, Sylvia. After a botched gig at a yacht, Sylvia needs a job. If a gig crops up, Sean promises to keep her in mind, but he is irate at Tobe’s guts. However, Sean does have an upcoming catering job, and he asks for Leanne’s help. The menu entails saltwater taffy with passion fruit and fleur de sel. It is time for Jericho’s nap, and Leanne leaves the kitchen.

Dorothy’s meeting has landed her an in-depth report on the street murals downtown, and she may be away for the week. Sean needs Leanne for help with the catering, but that will not happen since she has to babysit Jericho. Devoid of options, Sean calls Tobe and Sylvia for help. While Sylvia is frantic with Tobe, she is busy buttering up Sean, asking him to open his own restaurant. Meanwhile, the security guy has arrived, and although he does not seem to be a cult member, he does have perverse intentions. He asks Leanne to show some dance moves, and delivery arrives in the meantime. The situation in the kitchen spirals out of control, while Dorothy encounters a problem while interviewing a graffiti artist.

Servant Season 3 Episode 4 Ending: What Happens to Dorothy During The Interview?

To understand what happens in the end, we have to rewind a few minutes. While going out for her meeting in the morning, Dorothy is unnecessarily rude to Leanne when Leanne suggests she stay hydrated. Dorothy is seemingly not keen on breastfeeding the baby as a working professional, but she does not come clear to Leanne about her choice. When she makes amends with Leanne on the staircase, it seems half-hearted too.

As a result of the meeting, Dorothy gets an engaging assignment, and she is over cloud nine to land the job. Dorothy has to do a story on the murals downtown and may not return for a week. Dorothy comes off as a selfish workaholic who does not care much about anyone except herself. Thus, Dorothy coerces Sean to make Leanne babysit, even though Sean divulges that Leanne is looking forward to cooking. The morning when Dorothy leaves for the reporting is full of commotion in the household.

Leanne does not particularly like Tobe’s new hyper-active girlfriend. The thought that Leanne could be in Sylvia’s place if it were not for Dorothy aggravates Leanne even more. She turns the TV on to catch a glimpse of the report. In the middle of the interview, Dorothy seemingly zones out and starts lactating. While the discharge is normal for a woman, you may think that Leanne has something to do with it. While Leanne may have initiated the situation with her psychic powers, we have no evidence of Leanne’s involvement as of now.

Where Is Sylvia’s Finger? Does Leanne Cause The Accident? 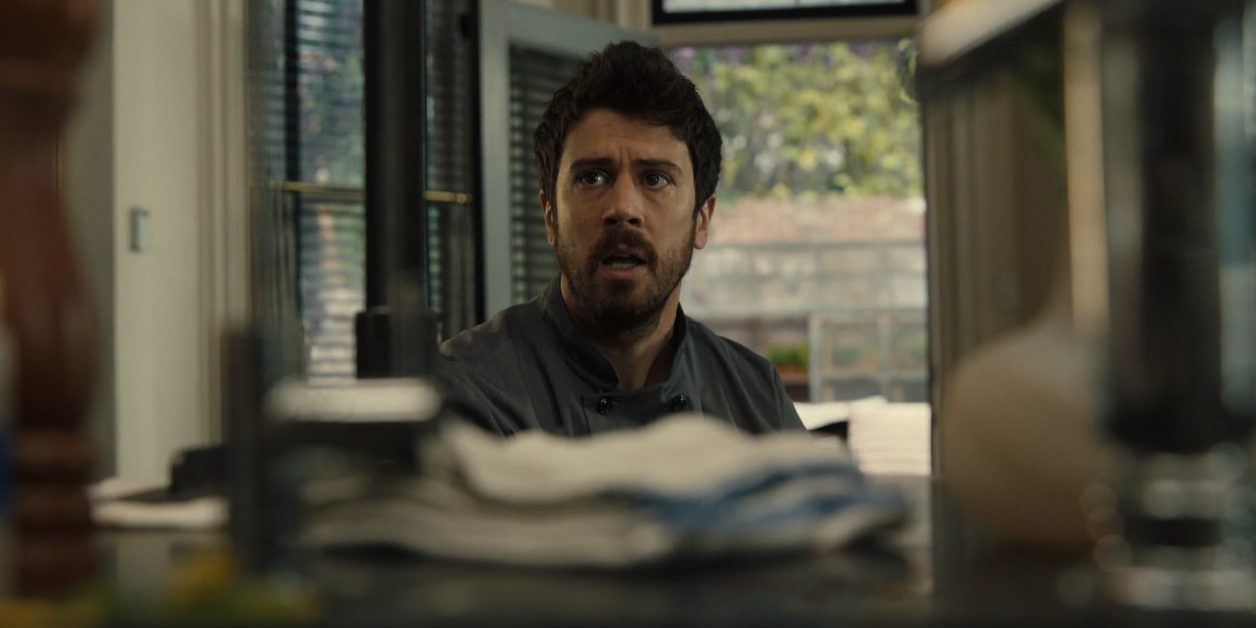 The episode introduces Tobe’s new girlfriend, Sylvia, to the audience. While Tobe thinks that Sylvia is insecure, she comes off as over-confident. She always has a temper, especially with Tobe, which does not escape Leanne’s attention. With the delivery coming in at the wrong time, the situation in the Turner household turns into rubble. While shouting at Tobe, Sylvia slips on the spilled food of Jericho, getting her ring finger cut on the candy-pulling hook.

Tobe also tumbles following Sylvia’s accident, and Sean enters the room to perceive the extent of the mess-up. Sean urges Tobe to find the finger, which, in the meantime, has gone down the drain. Although Tobe recovers the ring that he gifted Sylvia, the finger has slipped out of it. While Leanne’s jealousy and rage may have caused the mishap, there is no evidence to pin it down on her. Thus, we are inclined to pin it down on Sylvia, who carries restless energy with her to the kitchen.