When Does Shameless Season 10 Episode 8 Start? 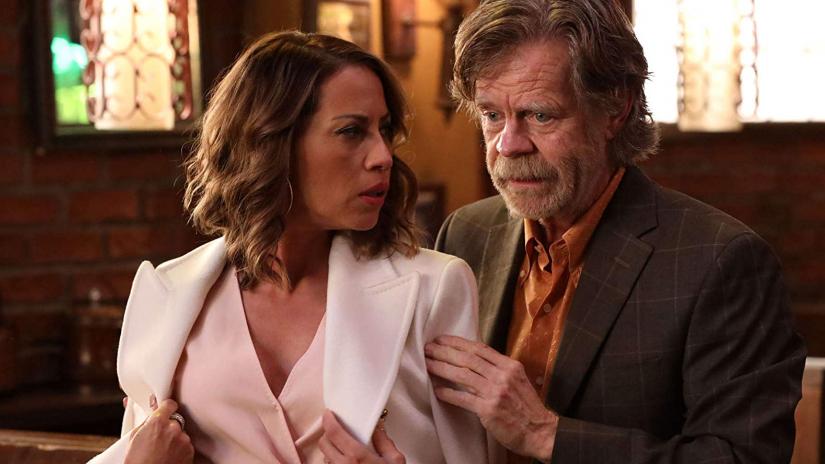 ‘Shameless‘ has been running on Showtime for quite some time now and is currently well past the midpoint of the tenth season. Based on the UK series of the same name, the show focuses on the Gallagher family, whose economic and social hardships inform and dictate many of their day-to-day activities. While the patriarch is not adept at leading his Chicago based family, his daughter has to step up to take charge.

Over the seasons we have seen them getting into a wide assortment of troubling situations, and the current season has been no different. The last episode saw Frank, the patriarch, rather unamused when a couple went away with the baby he had planned on selling. Debbie, who is trying to lead the family now, found herself locked in a battle with Pepa. Meanwhile, Tami and Lip found themselves exploring their relationship with each other and the baby they have brought into the world. Not everything is hunky-dory with the Gallagher family, which is where the new episode picks up.

You might be wondering about what happens in Episode 7 and we are here to tell you that. However, first, let us walk you through where and when to watch the upcoming episode of ‘Shameless’.

Shameless Season 10 Episode 8 Release Date: When Will It Premiere?

‘Shameless’ Season 10 Episode 8 is slated to air on Showtime on December 29, 2019, at 9 PM ET. Titled ‘Debbie Might Be a Prostitute’, the episode is helmed by Rose Troche. It focuses on the various issues that continue to plague the family, including Frank finding out about Faye’s living situation, while Tami and Lip disagree over who should take care of Fred. In fact, even Ian and Mickey, who are close, have a miscommunication with disastrous consequences.

You can watch ‘Shameless’ on Showtime’s homepage right here. You can also add Showtime to your existing Amazon Prime or Hulu packs, for an additional amount. The CBS owned channel is also available for those who do not have a cable subscription. It offers a week-long trial period, after which the subscribers are charged. Accessing Showtime through other providers like Apple Tv App, AT&T Tv, FuboTv, The Roku Channel, Sling, and YouTube Tv, is also possible.

If you want a more complete and comprehensive guide about where to watch ‘Shameless’, check it out here.

Episode 7 starts off with Carl trying to be a good lad, attempting to get justice for a woman who is shot during a mugging. He tries to get the lights at a bus stop replaced, to this end. When his cries seem to fall on deaf ears, he gets creative by staging a faux robbery of a white woman. Ultimately, he gets his way. Meanwhile, Ian and Mickey have a problem with their parole officer, who seems to be bent on keeping them in a life of crime. Mickey can be seen working in a store in this episode, while Ian vents his frustration about wanting to kill his parole officer.

When the two are tasked with something shady, the entire scenario changes, as they might have to fight their way out of this situation. Frank, who always has eyes for a quick payday, decides to palm the wallet and keys of a dead man. However, this situation leads to him meeting Faye, and it remains to be seen if their relationship heads somewhere.

Debbie’s plan with the fake baby seems to have worked since Pepa does not want to spend time with the child. However, Debbie gets her payday and goes out to celebrate. This is where we see her attracted to another woman, deciding to accept payment from her. The next episode will explore if Debbie is a prostitute.

Meanwhile, Lip and Tami try to get past their differences and heat things up. However, any attempts at having sex are constantly interrupted, in a funny turn of events. The next episode will see the stories of these characters continue.