‘Shining Girls‘ is a compelling thriller that only deepens the mystery around the notorious serial killer Harper Curtis with each passing episode. However, the character’s motivations and machinations become evident by the time viewers reach the season 1 finale. The penultimate episode sets up a final showdown between Kirby and Harper.

The season finale, titled ’30,’ delivers on that promise and takes viewers through a mind-bending and reality-altering journey. Of course, it is easy to lose track of the narrative through this trippy journey. Therefore, viewers must be looking for an answer about the episode’s events. In that case, here is everything you need to know about the ending of ‘Shining Girls’ episode 8! SPOILERS AHEAD!

The eighth and final episode, titled ’30,’ opens after Dan’s death as Kirby and Jin-Sook, aka Jinny’s reality shifts once again. Kirby explains the repercussions of the reality shift and instructs Jinny to go to the address on her ID card and learn more about her “new” life. Meanwhile, Kirby tries to track Dan but realizes that he no longer lives in his house in this timeline. Elsewhere, Harper travels back in time to meet Leo and demands the tape with Klara’s performance. However, Leo demands that Harper take him back to the day they first came to The House. Their argument takes a physical turn, and Harper brutally murders Leo. 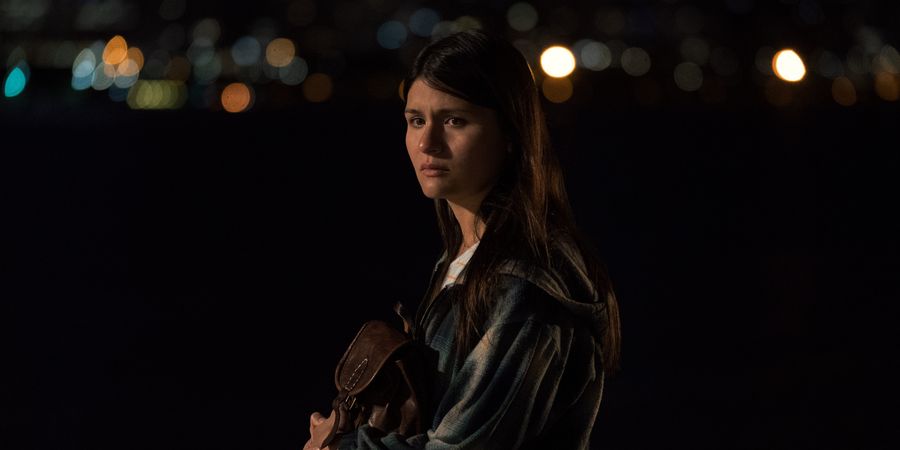 Meanwhile, Kirby reaches the Chicago Sun-Times office and learns that Dan no longer works there. Moreover, the story of the unsolved murders Kirby was working on has been erased from this timeline. Since Dan collected most of the evidence for the story, his death drastically alters Kirby’s reality. During the morning briefing, Kirby learns that Dan is dead and suffers a panic attack. However, she calms down after Jinny arrives to meet her.

Jinny theorizes that she and Kirby are connected to Harper by a thread and must kill Harper to free themselves. Kirby soon realizes that her reality has once again shifted, and she cannot rely on anyone for help. Kirby goes to the morgue and attempts to see Dan’s body. Among Dan’s belongings, Kirby finds his wallet. Inside, she discovers old notes and a picture with an address behind it. The address leads Kirby to The House, where she finally learns of its true powers. In the end, Kirby uses all of her knowledge about Harper’s activities to defeat him once and for all.

In the episode’s final act, Kirby enters The House and understands its true powers. She finds replicas of the pegasus toy that she had received from Curtis as a child and places her toy on the rack. She then hides inside the house as Harper arrives. After Harper enters the house, Kirby brutally attacks him and beats him with a baseball bat. A fight ensues between the two. However, Kirby maintains an upper hand and stabs Harper with a knife. 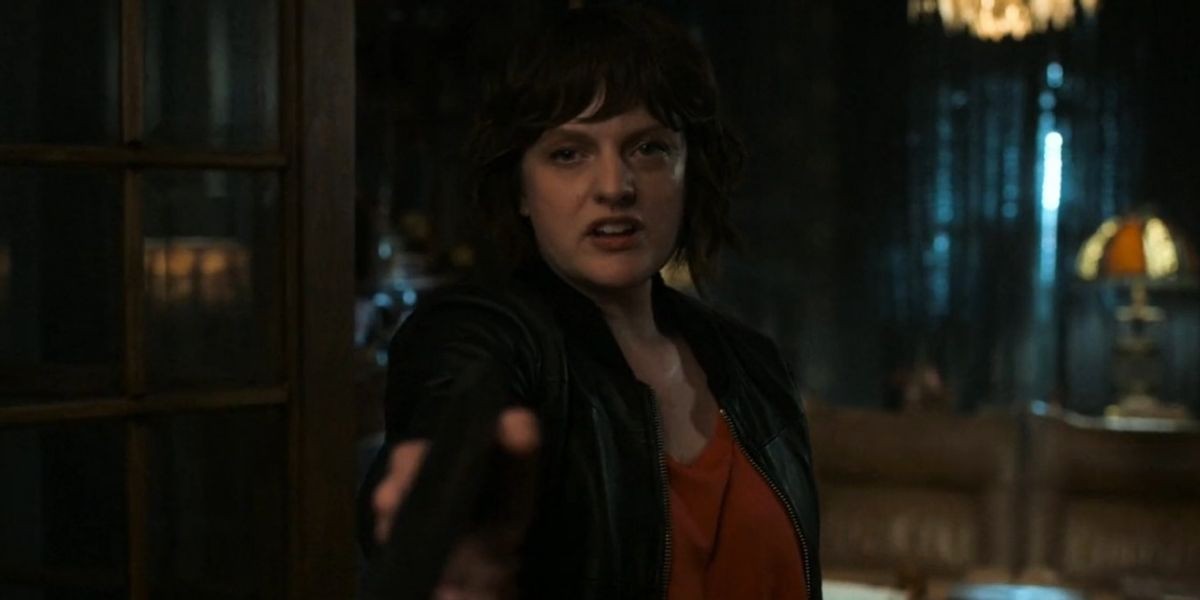 The scene then transitions to another timeline where Harper meets Klara for the first time since he joined the army. However, to Harper’s surprise, Klara is aware of his machinations and predicts all of Harper’s words and actions. She asks Harper to leave. Sometime later, Harper finds the address to The House and visits it with Leo. However, Kirby is present there and shoots Harper in the shoulder. After Leo flees, Kirby confronts Harper. She insults his pathetic quest for a false sense of control.

After Harper agrees to never return to the house, she allows him to leave. Kirby then claims that The House belongs to her. Outside the house, Harper’s reality changes, thereby confirming that she has freed herself from the thread connecting herself and Harper. While Kirby does not kill Harper in the past, she does kill him in the present. After killing the version of Harper who had been tracking her, Kirby hunts down the serial killer through time. In the end, her final confrontation with Harper frees Kirby from the trauma of the assault that changed her life drastically. She inflicts the same damage onto Harper and ends his charade.

What Happens to Harper’s Other Victims?

After Kirby tracks down Harper and cuts his connection to The House, she seemingly also alters the fate of Harper’s other victims. It is likely that after killing a version of Harper, Kirby realized that she must stop Harper from ever taking control of The House. As a result, Kirby’s actions, in turn, affect the lives of Harper’s other victims. The same is evident as Klara never falls for Harper’s lies, and Jinny’s career as a space researcher is reinstated. 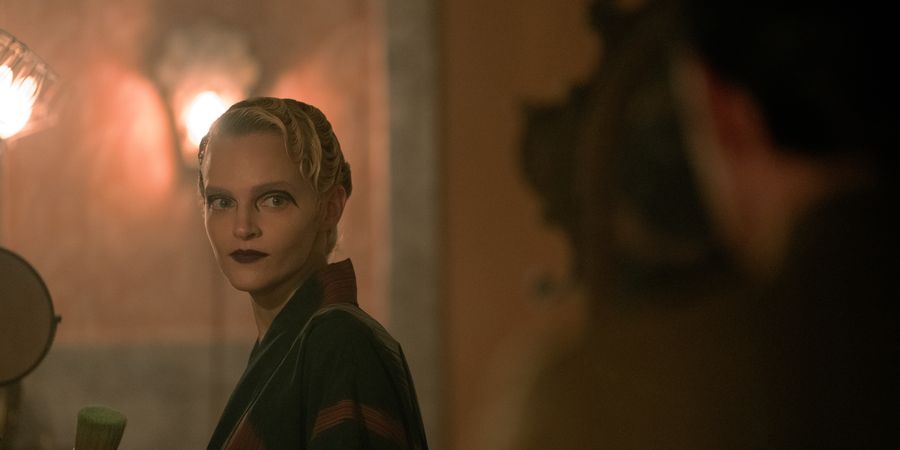 Similarly, other victims such as Julia Madrigal are alive and continue to live happy lives. In this new reality, Harper never tormented the women, and they achieved their full potential, living out the best versions of their lives. In the end, Kirby carries on with her life, having fulfilled her responsibility toward getting justice for all of Harper’s victims.

Is Dan Alive? Does He Remember Kirby?

In the episode’s final moments, Kirby heads to Dan’s frequent drinking spot, where she finds him alive. Kirby’s rewriting of reality by bringing Harper to justice severed the killer’s thread from her life and erased Dan’s death. However, since Harper never attacked Kirby in this timeline, she never met Dan, and the two are unacquainted. Kirby attempts to befriend a drunk and skeptical Dan. 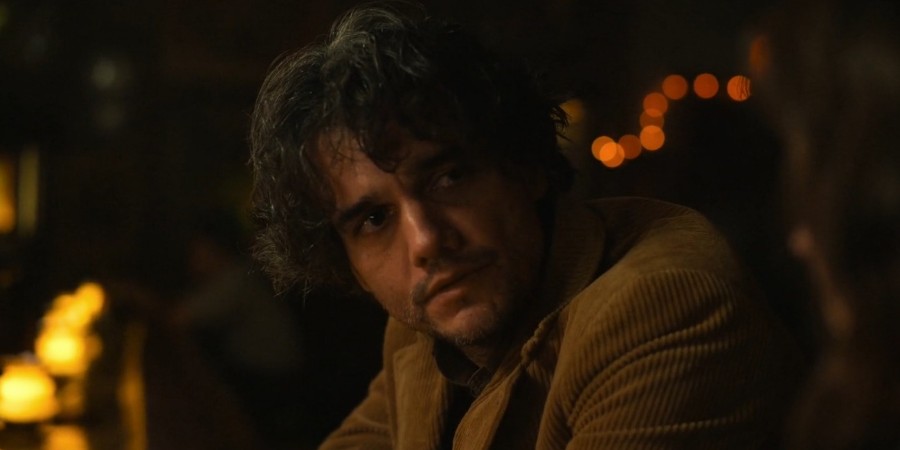 However, after she correctly guesses that Dan carries a notepad in his coat pocket, Dan realizes that he and Kirby must’ve shared a past. In the end, Kirby leaves her contact information in Dan’s notepad as Dan remembers he knows Kirby. However, he still has no recollection of their time together. In the end, Kirby returns to The House and continues to watch over it. Meanwhile, Dan likely returns to his journalistic activities, puzzled by his interaction with Kirby.