10 TV Shows You Must Watch if You Love ‘Cosmos’ 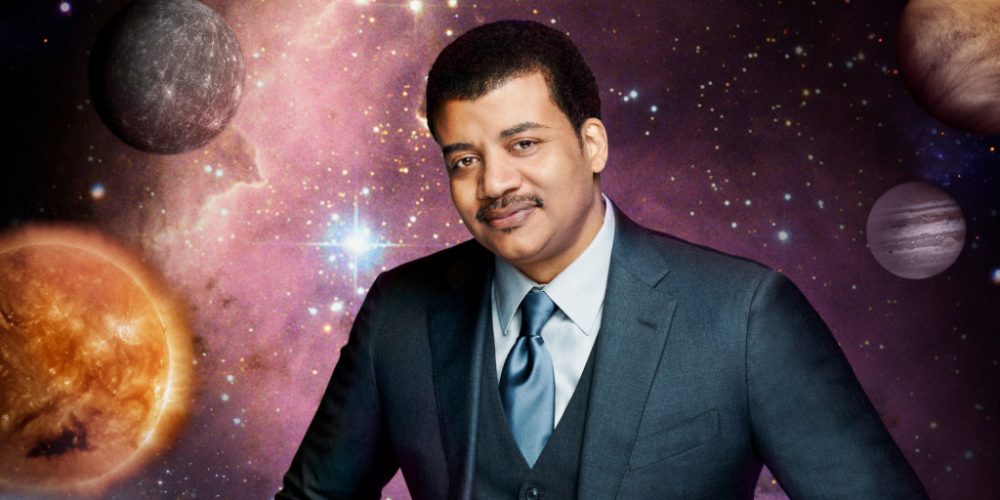 From someone who created one of the most iconic animated shows ever, a documentary series on space and science which would go on to become one of the milestone shows in the genre was not something expected. However, Seth MacFarlane pulled it off splendidly when he released the show ‘Cosmos: A Spacetime Odyssey’ in March 2014. Based on famed astronomer Carl Sagan‘s book and show called ‘Cosmos: A Personal Voyage’ (1980), MacFarlane did not simply live up to the benchmark set by Sagan, rather, according to some, surpassed it. While most television shows we love are fictional, there come certain shows like Cosmos which grab our imagination, and while entertaining, push the boundaries of our knowledge and provoke us to think. The journey which Sagan started has continued with some stunning science documentaries entering the domain of popular culture, and the 2014 follow-up show can be called the culmination point of it all.

The thing about shows like Cosmos is that they’re not the kind you watch while eating and what happens in the show remains confined to the entertainment dosage in your daily life and you pick up on it when you login to your streaming platforms’ accounts again. It is a show that truly changes you if you give it the required attention. While Cosmos is not pure entertainment, the show is not esoteric either. It demands your patience, your cognitive capacities, and asks you to think and imagine. You have to be careful, because, as we all know, in space, no one can hear you scream. With that said, here’s the list of TV series similar to Cosmos that are our recommendations. You can watch several of these shows like Cosmos on Netflix, Hulu or Amazon Prime. 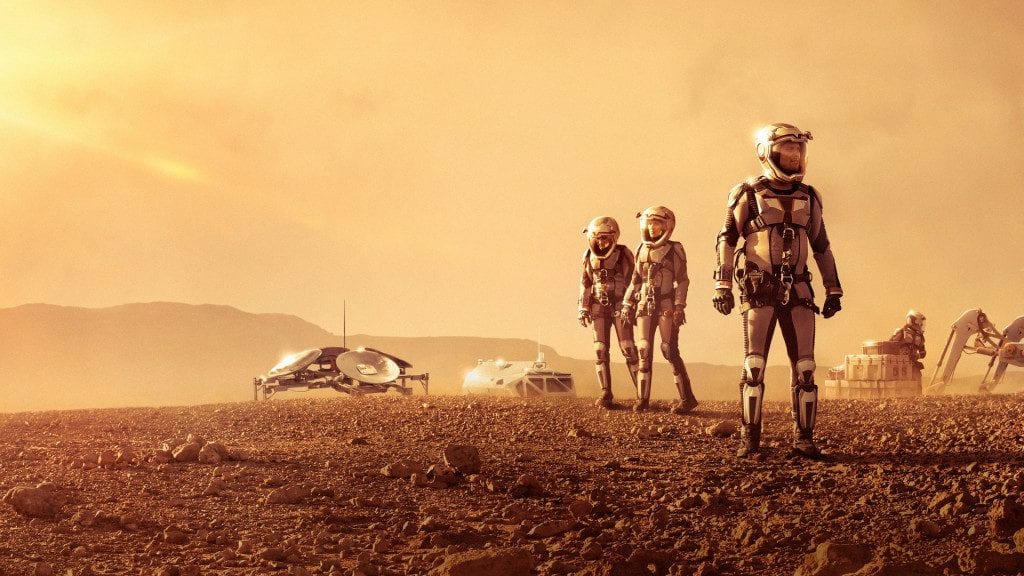 Mars depicts a world of the future when mankind has been able to conquer the red planet and sets up a colony there, helping humankind become an interplanetary species. This show depicts events from 2033 when six astronauts set out to be the first-ever in human history to step onto Mars’ surface. In the first season, we see these astronauts trying to land on Mars and a technical malfunction sees them land away from where they had initially planned to set up base. In the second season, the story takes us to a time when humans have been able to form a colony on Mars’ surface and have named it Olympus Town. As this story runs, we also are shown interviews in-between of eminent researches and engineers like Neil deGrasse Tyson, Elon Musk, and others who talk about the real-life challenges in such situations. 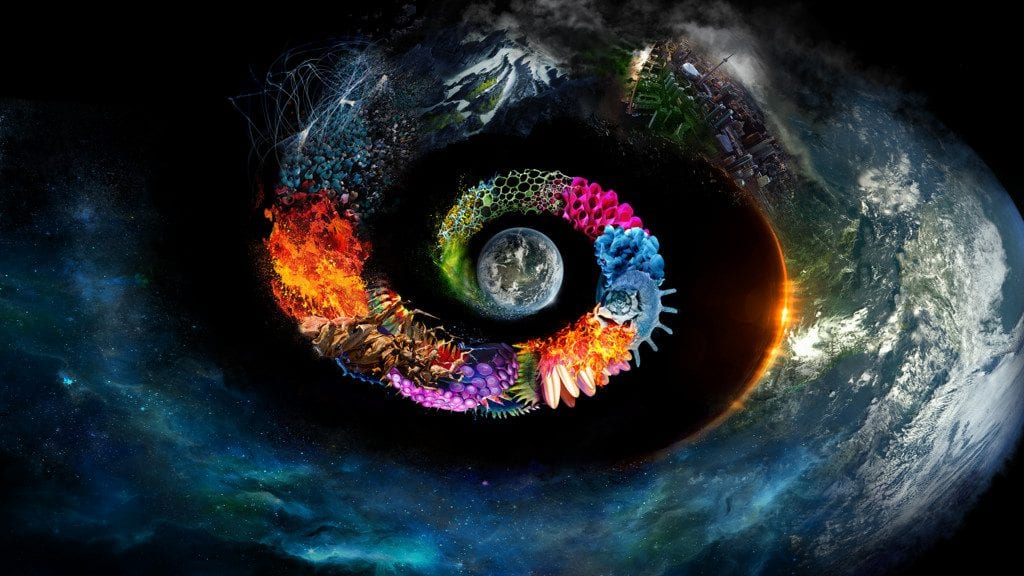 Is not the existence of Earth and the life on it an anomaly of nature? Mankind is yet to discover another civilization and as far as we can see, there is nowhere nothing like us. Probably keeping this exact thought in mind famed filmmaker Darren Aronofsky created the show called ‘One Strange Rock’ which delves deep into the reasons of existence of life on earth. As Cosmos talks about what happens outside the Earth, ‘One Strange Rock’ talks about what happens on it. The show is presented by Hollywood superstar Will Smith and interviews astronauts in detail as they are the only people who have ever left our habitable planet. The show is produced by the National Geographic channel who have planned another season after the huge success of the first one, and the second season is scheduled to be out this year. The show has received huge acclaim both by critics and the audience. 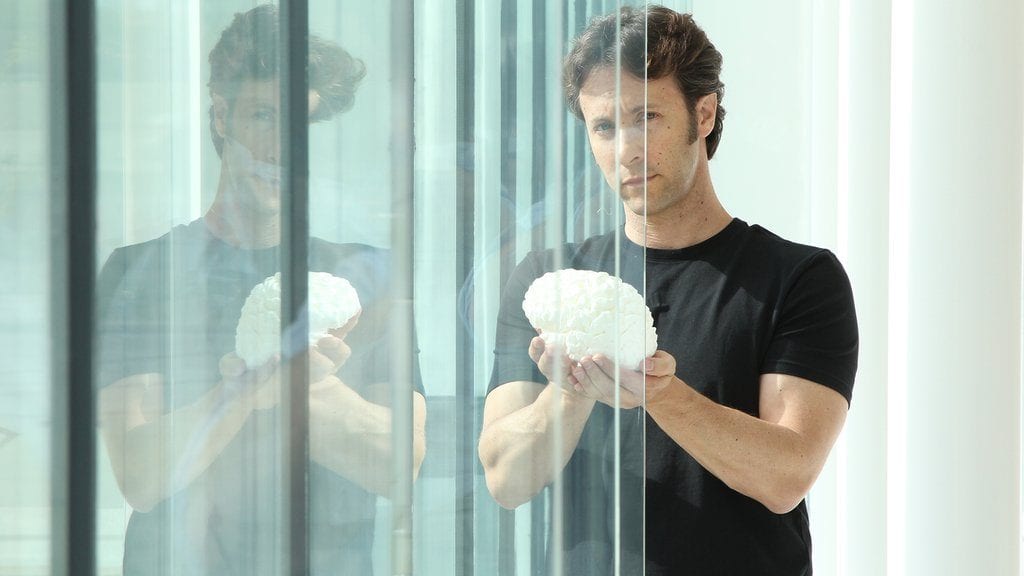 While ‘Cosmos’ talks about outer space and ‘One Strange Rock’ talks about the Earth, ‘The Brain with David Eagleman’ talks about another thing which mankind has been trying to completely decipher since the beginning of civilization- the human mind. Famed neuroscientist David Eagleman delves deep into the working of the human brain and tries to explain how our mind works in the six-part documentary series. The first episode, ‘What is Reality?’ talks about what we take to be real and why, the second episode talks about what makes a person unique, while the third episode delves into trying to understand, who, if anyone at all, is in control of the human mind. The show received critical acclaim, with some even going to the extent of calling Dr. Eagleman the Carl Sagan of neuroscience. 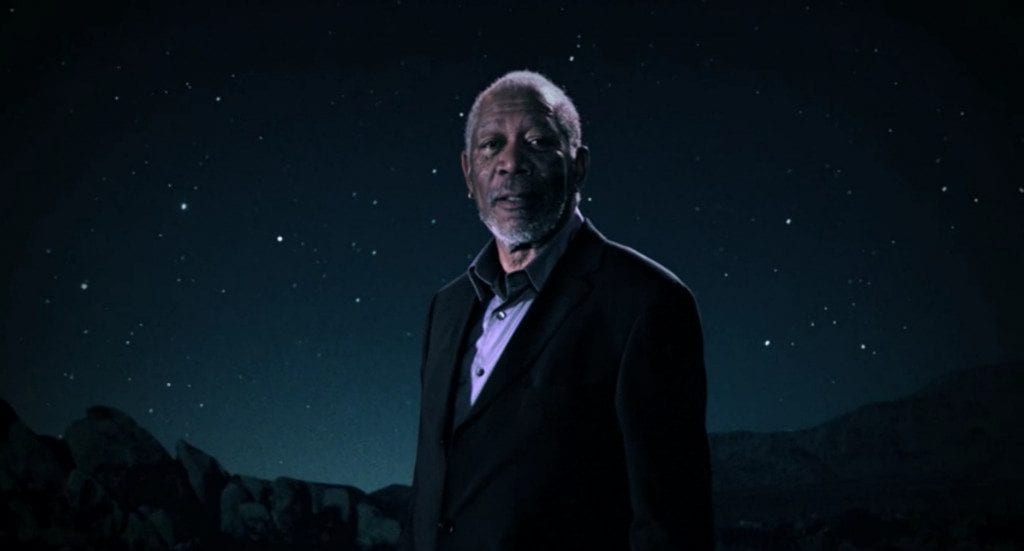 Voiced by Morgan Freeman, ‘Through the Wormhole’ is another science documentary series which has been majorly popular because of the questions it sets in front of the audience. Voiced by Morgan Freeman, the show released in the United States in June 2010, with the final episode of the eighth season airing on May 16, 2017. While talking about questions regarding the possibility of an all-encompassing creator, the shows also delves into the theories on what existed before the universe as we know it was formed, whether there is a chance of the existence of extraterrestrial life and many more. Eminent scientists feature in episode, explaining scientific facts and theories unknown to the normal audience. The show is extremely insightful and is a must-watch for those who are ready to explore beyond their realm of knowledge. 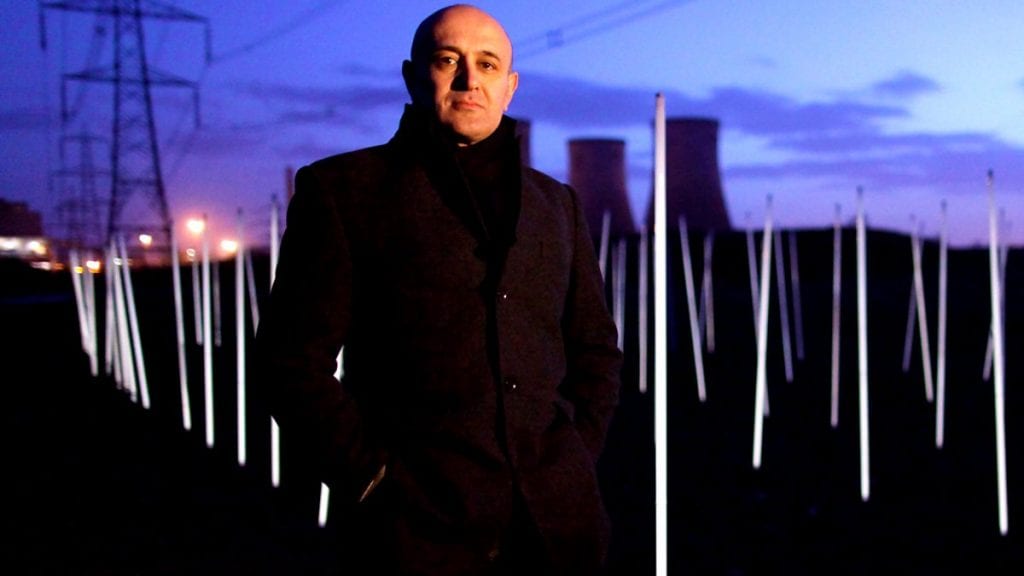 Did you know, if you manage to simultaneously lick a silver and a copper coin, you might feel a tinge of electricity? If you did not, and are interested in wanting to know why such is the case, there is no better television show to answer your questions than ‘Shock and Awe: The Story of Electricity’. This is a three-part miniseries produced by BBC to explain the most important thing that has happened to mankind since fire. The three episodes are titled ‘Spark’, ‘The Age of Invention’, and ‘Revelations and Revolutions’. While the first episode talks about how man began to understand the properties of electricity and started creating it, the second show reveals how the discovery of electromagnetism helped humans to harness electricity. The last episode talks about how humankind understood the process of electromagnetics and went on to create path-breaking discoveries using it. Jim Al-Khalili is the presenter of the show and was broadcast on BBC Four. 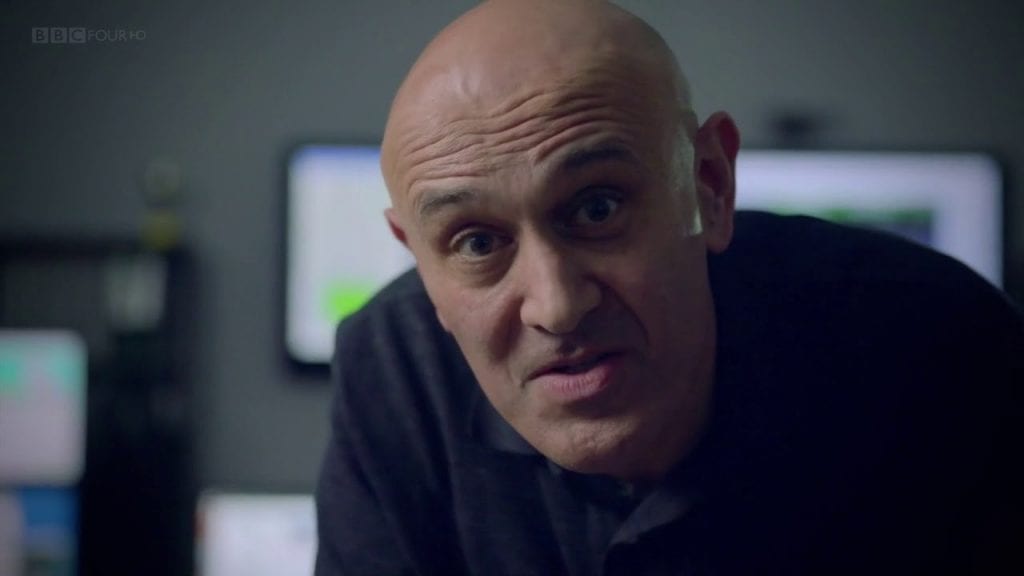 This is another miniseries presented by Jim Al-Khalili where he shows us how the universe came into being and how it might end. The two episodes are interestingly titled ‘The End’ and ‘The Beginning’ respectively. While the first episode speaks on the origin theories of the universe, explaining in detail how it all began, the second episode deals with several speculations from scientists on how the universe might come to an end. There have been theories saying the universe would begin crunching or everything would freeze which will lead to the end of the universe. Al-Khalili has received praise from all sectors for his lucid explanations of difficult topics and this is something everyone interested in the mechanisms of the universe should take a look at. 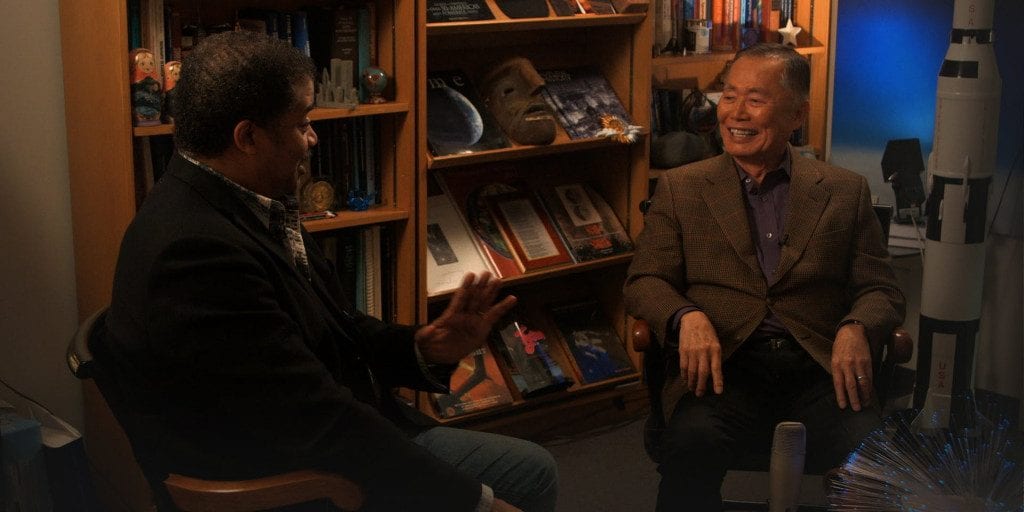 Famed astrophysicist Neil deGrasse Tyson hosted this talk-show on Discovery where he spoke to scientists, scholars, and members of the film industry on how scientific discovery has had an impact on popular culture. Iconic personalities like Richard Dawkins, Bill Clinton, Christopher Nolan have been guests on the show. The show also has a comic undertone which makes it fun while dealing with intense topics and themes. 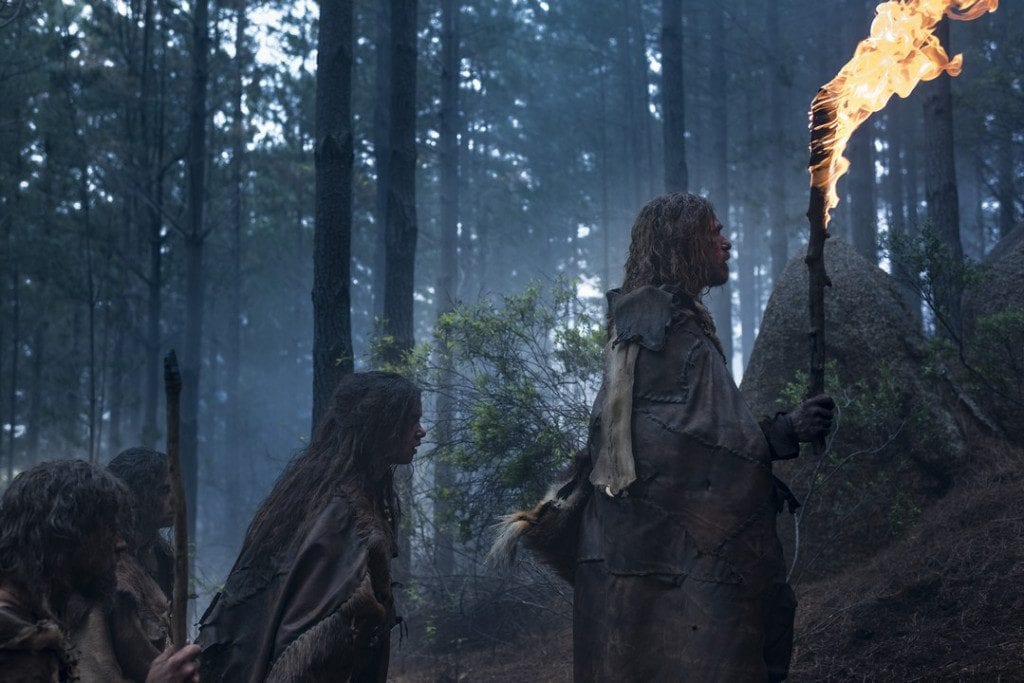 ‘Origins: The Journey of Humankind’ is a show that deals with how humanity began to evolve since they first came into being on the earth and ultimately what led to modernization. Each of the eight episodes touches on events which have been the steps towards creating a modern society. The first episode starts with how civilization first started, while the second one dealt with the nature of diseases and how mankind managed to battle through, and the later episodes talk about human communication, money, war, exploration of the unknown and predictions regarding what might happen in the future for humanity. 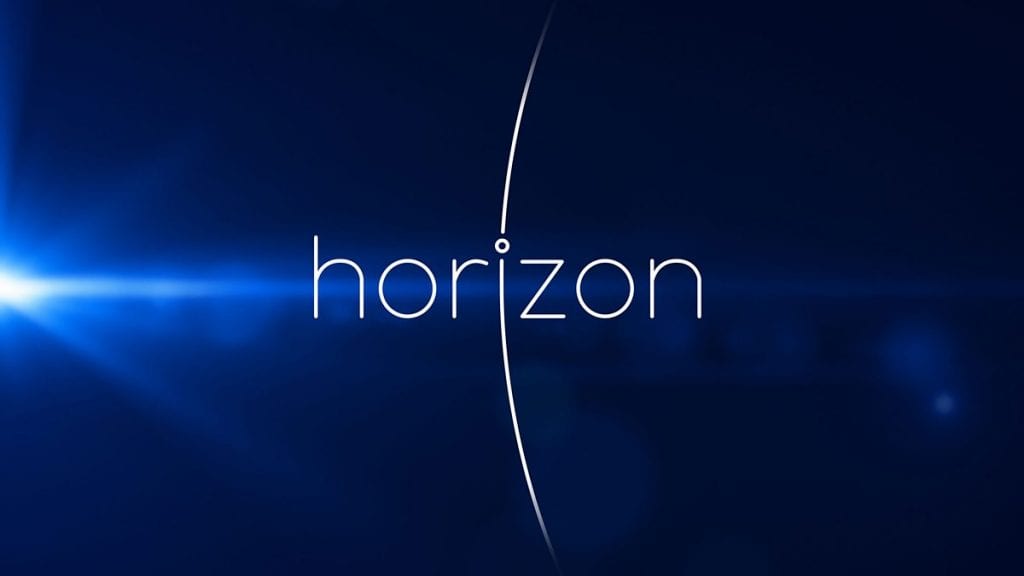 ‘Horizon’ is surely among the longest-running documentary television series which has been around and has always produced quality content for the audience who want to go beyond their comfort zone and learn something new. Horizon started airing since 1964 and has engrossed audiences from day one. Horizons topics, though mainly scientific, sometimes also go beyond, talking about human civilization, philosophy, and so on. Horizon’s 1993 episode on the discovery of the DNA’s structure bagged an Emmy Award as well. 1990s onwards, the show has taken an approach of the detective trying to undo the many mysteries of nature and science. 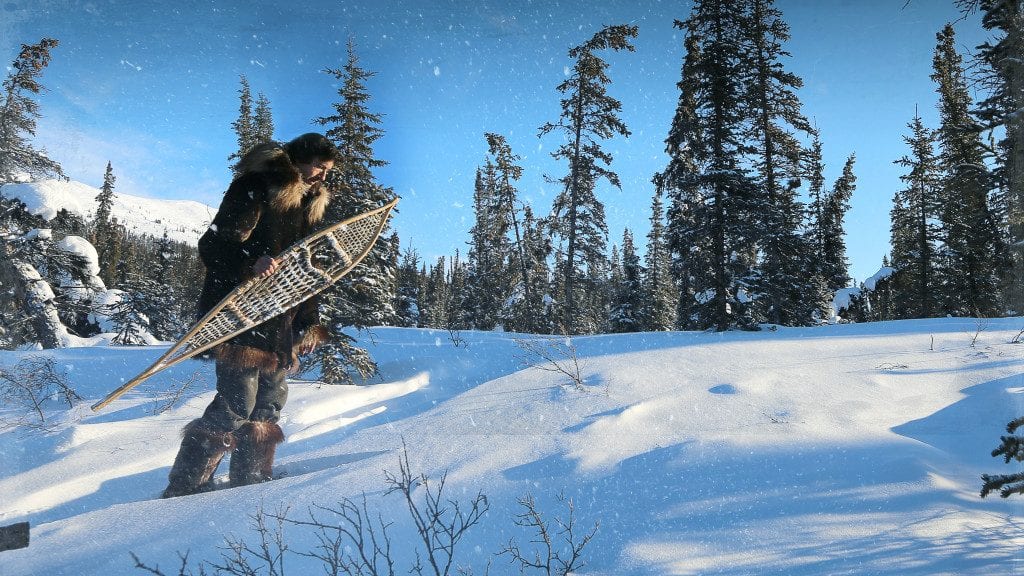 ‘Life Below Zero’ is another interesting documentary series viewers who have enjoyed ‘Cosmos’ must watch. It is difficult to imagine what it takes all the time to live in a place where the weather is always against you and is trying to kill you down if you do not put up some sort of resistance 24*7. Airing on the National Geographic Channel, ‘Life Below Zero’ follows several people living in different parts of Alaska explain what they do in the cold, harsh weather to survive. Among these people, there are some who live alone and go by putting up a fight against death every second of the day. 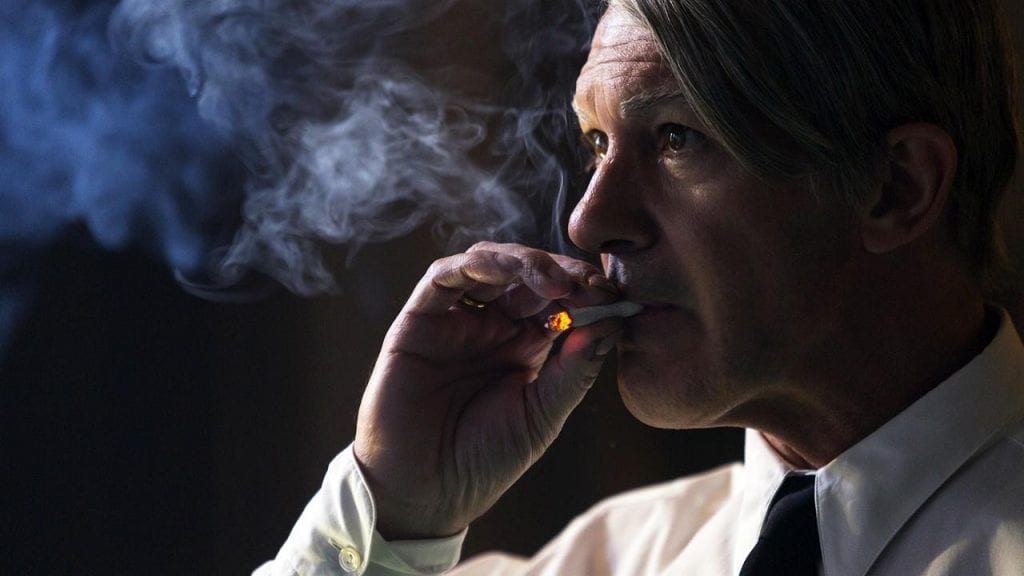 Genius is probably the only entry in the list which is an out-and-out dramatization. However, talking about this show here becomes important as it too, like Cosmos, talks about something normal human beings cannot easily grasp. What does it truly take to be a genius? We can’t we all make path-breaking achievements in our own fields? The difference is that, some are geniuses. The show focuses on the life of one such genius in each season and has by far dealt with two- Albert Einstein and Pablo Picasso. Antonio Banderas plays the role of Picasso in the second season. The third season will be based on the American singer Aretha Franklin. 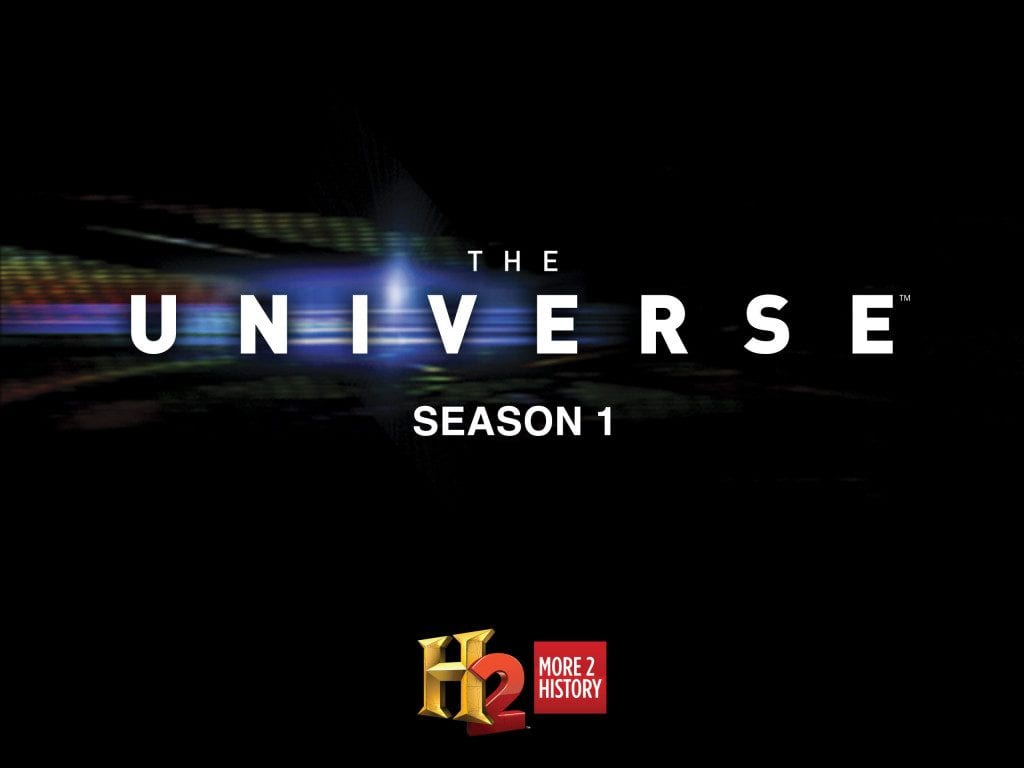 What is the universe? What is there beyond the solar system? What are supernovas? What is dark matter/energy? If you want answers, there is nowhere to look beyond. ‘The Universe‘, which aired on the History Channel from 2007 to 2015 takes a look into such issues and many more. What is interesting is that they hardly ever run out of interesting topics, sometimes dealing with experiments regarding human sexuality in space, while also talking about how alien life could have evolved since the birth of the universe. For all those who wish to understand the universe better, and how our lives are compared to the possibilities out there, this show is highly recommended.