12 Best Scientist Movies of All Time 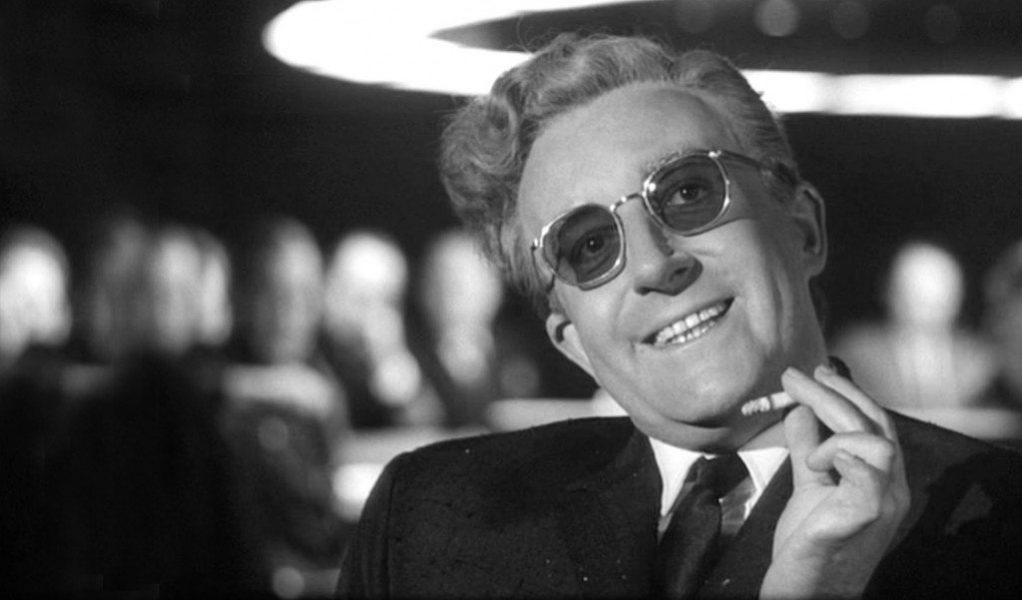 Fictional scientists sometimes amaze us as much as real life scientists do with their breakthrough innovations and inventions and movies have given us some of the most brilliant and mad scientists that we could hope to see. Sure, skeptics would say this is science fiction, but science fiction is often science that humans have not understood yet. Here is the list of top scientist movies ever. You can watch some of these movies about scientists on Netflix, Hulu, or Amazon Prime. 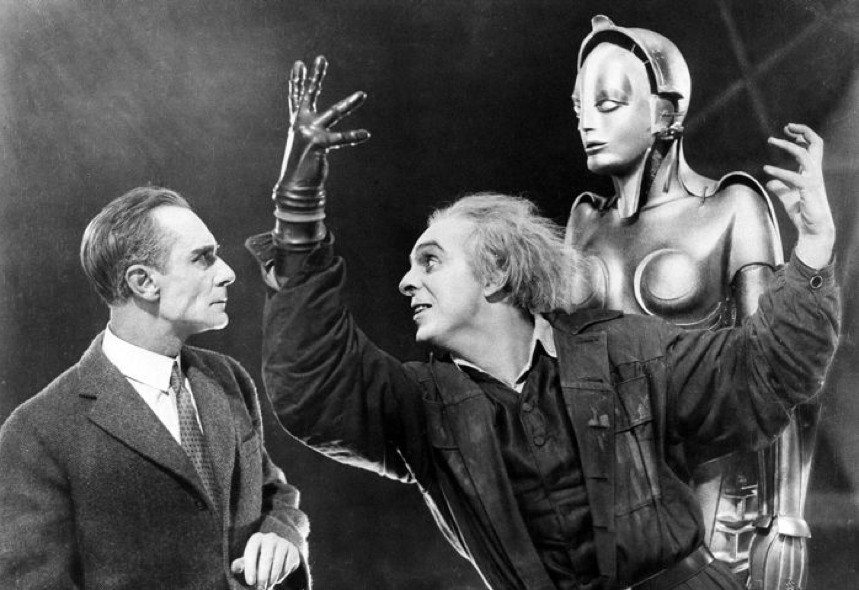 Appearing in Fritz Lang’s “Metropolis”, this role is perhaps the beginning of the mad scientist archetype in films. Rotwang draws on Mary Shelley’s Doctor Frankenstein in an attempt to create life. He brings to life a woman-robot made in the likeness of a woman he loved who left him for another man. Played by Rudolf Klein Rogge this character is perhaps the earliest examples of a brilliant man of science with a futuristic laboratory consisting of Tesla coils and all the works. Rotwang definitely tops the list as one of the earliest fictional scientists to grace the big screen and consequently lead to the spawning of other mad scientist roles. 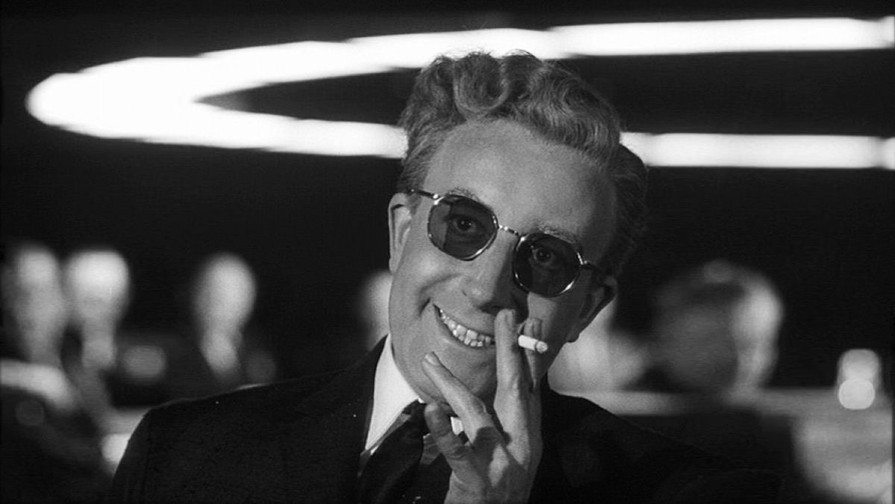 The titular character is from Stanley Kubrick’s black comedy titled “Dr. Strangelove or: How I learned to Stop Worrying and Love the Bomb”. The character itself is an amalgamation of John von Neumann the mathematician and principal of the Manhattan Project, Wernher von Braun a Nazi rocket scientist later recruited to the US as well as Edward Teller, better known as the father of the hydrogen bomb. Dr. Strangelove in the movies was the scientist who came up with the theory of mutually assured destruction and what he called the doomsday machine. Based quite heavily on the mad scientist stereotypes as popularized by Lang, Kubrick’s brilliant Dr Strangelove is a menacing and extremely intelligent fictional scientist. 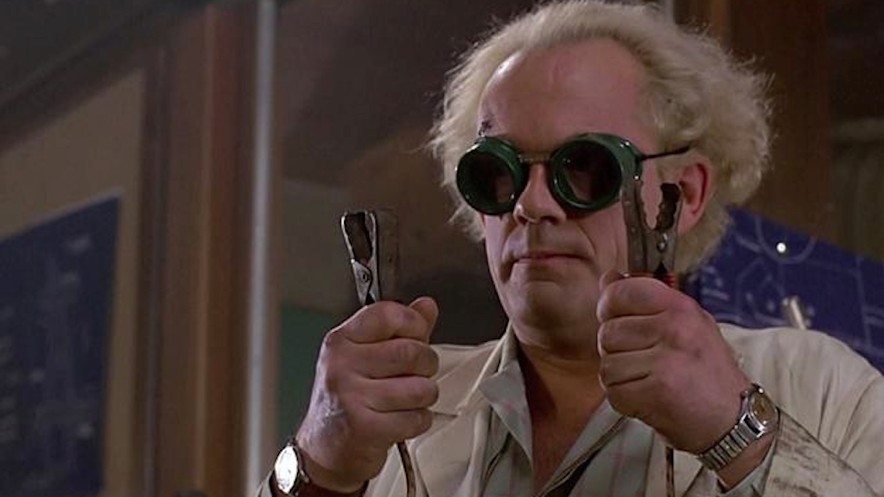 Appearing in the Robert Zemeckis’ ‘Back to the Future’ trilogy, this scientist was rated number 20 among the greatest movie characters of all time by Empire magazine. Played by Christopher Llyod, this scientist is a self proclaimed student of all sciences. An avid fan of notable inventors and scientific thinkers including Newton, Einstein and Edison, this eccentric scientist is a brilliant inventor in his own right. Shown in the movies to be the first inventor of the time machine built out of a DeLorean sports car, Doc Brown is prominently one of the best fictional scientists to have appeared in on screen. 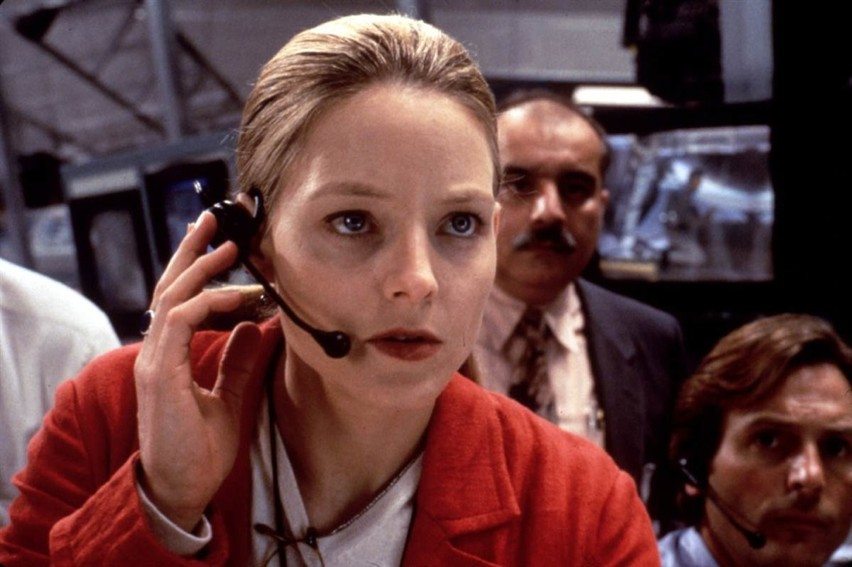 Played by Jodie Foster in Robert Zemeckis’ film which is based on Carl Sagan’s novel of the same name, this brilliant scientist is a part of the SETI program. This program is tasked with trying to find sources of extra terrestrial life and this brilliant scientist listens in on a message from outer space and manages to decipher the signal. One of the finest female scientists to have graced the big screen Dr. Arroway could hold her own against any other scientist to feature on this list. 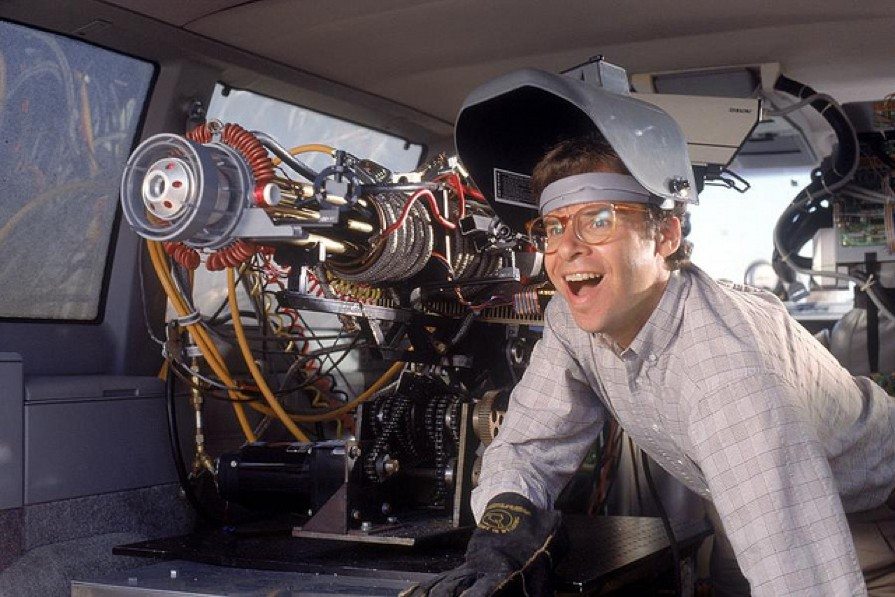 Played by Rick Moranis in the science fiction comedy ‘Honey I Shrunk the Kids’ this scientist is often overlooked as the story arc follows the adventures of the kids after they are shrunk. However, the fact remains that Wayne is a top notch inventor and in fact has invented an amazing device that can shrink and restore objects to their original sizes. Wayne is definitely a very bright minded man and one of the best scientists that we will see on the big screen. 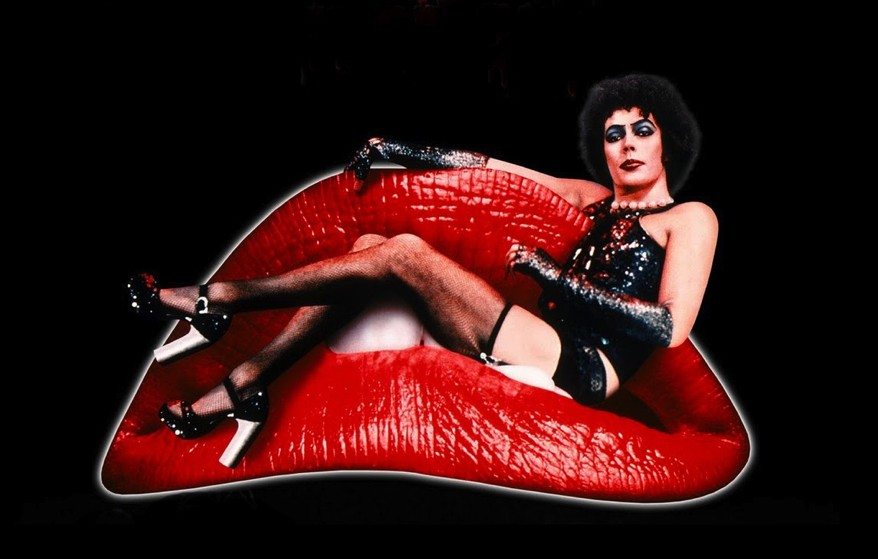 Played to perfection by Tim Curry, this scientist is a mad psychopathic manipulative man. He is probably not a man as he is categorized as a Transylvanian. Much like Frankenstein or Rotwang he too is immersed in reanimation. However, ever the hedonist with a depraved sexual appetite he is only concerned with reanimation insofar as to create the perfect sexual plaything for himself. However, no matter how un-moralistic the doctor might appear to us, objectively speaking his brilliance and scientific inquisitiveness cannot be ignored or put down and thus he deservingly wins a place on this list of some of the most brilliant scientists we have seen. 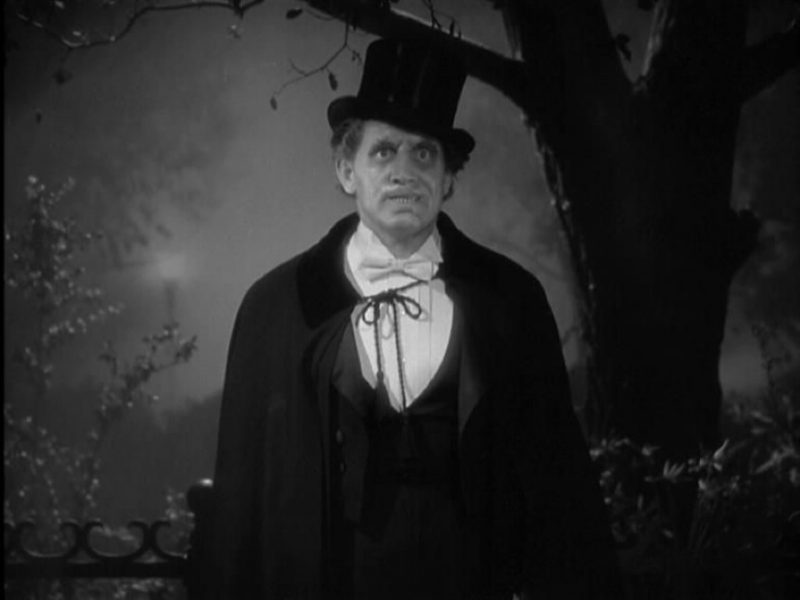 Played by Spencer Tracy in Victor Fleming’s 1941 film ‘Dr. Jekyll and Mr. Hyde’ most viewers might be familiar with the character. While one might be inclined to say that Dr. Jekyll is primarily one of the most brilliant fictional scientists of literature it remains a fact that we have been lucky enough to witness the brilliance of this mad doctor on screen as well. A man who inherently believes in the existence of good and evil in every person and creates an evil persona as a result of his experiments – Mr. Hyde. A thoroughly fascinating narrative, the film brings out the brilliance and philosophical truth underlying the doctor’s fascinating experiments. 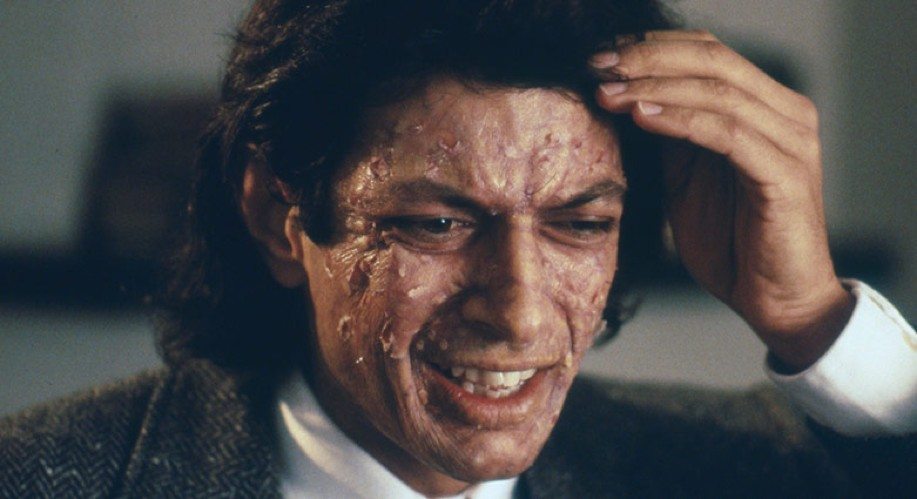 Played by Jeff Glodblum in this fantastic film by David Cronenberg, called ‘The Fly’, Seth is an eccentric but brilliant scientist with an incredible invention under his belt – a telepod. It allows him to successfully teleport inanimate objects at first but later he is able to fix some of the loopholes and successfully teleport animate objects as well including a baboon and himself. Although the story follows the devolving tale of a mad scientist, Seth, as his DNA is fused at a molecular level with a fly that entered his telepod, we cannot ignore Seth’s scientific acumen that allowed him to create such a fantastic device.

Played by Morgan Freeman in Christopher Nolan’s famous Dark Knight trilogy, Lucius Fox is an integral part of the support system without which Batman would not be the crime fighting superhero that he is today. In charge of the Research and Development branch of Wayne enterprises, Lucius is one of the most brilliant inventors and scientists to have appeared on-screen. Credited with the designing of the Batmobile and Batman’s suit and other fancy gadgets, Mr. Fox is definitely a top-notch scientific mind. 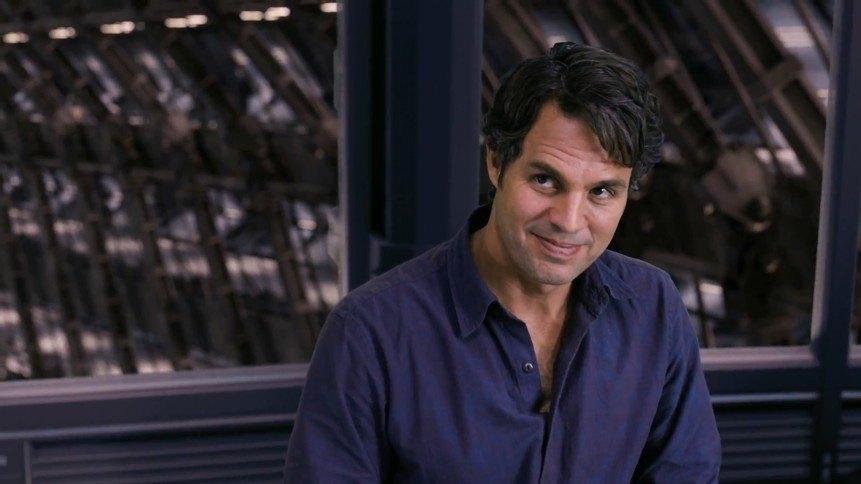 He’s known for his murderous rage, a beast of terrible repute, a creature that almost broke Harlem, a thing that likes to smash – the incredible Hulk. However, beneath the green rage machine lies one of the finest scientific minds in the Marvel Universe. An expert on Gamma radiation, Agent Romanoff herself comments in the Avengers movie that no one knows gamma rays better than Banner. If his rage is kept under check, this man’s scientific acumen definitely earns him a place on this list. 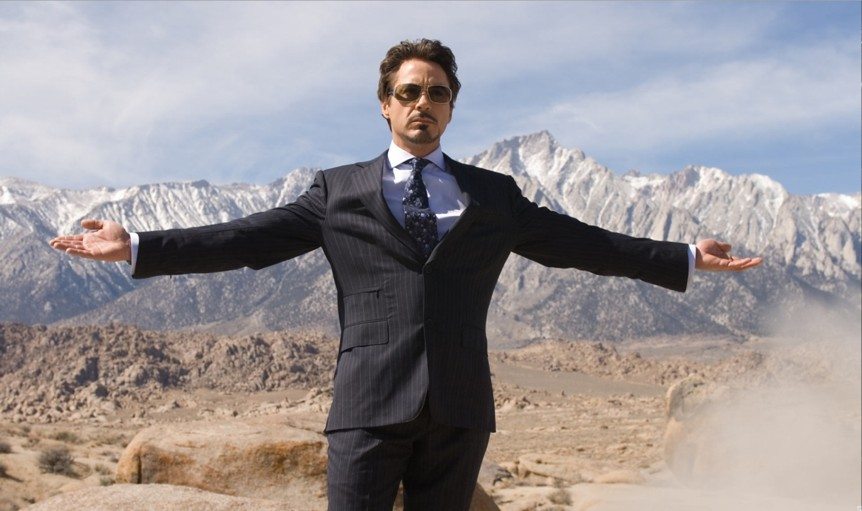 There’s a reason this eccentric billionaire and heir to Stark Industries is the brains behind the Avengers. Perhaps the only other person on the team who can match wits with Banner, Tony has had a fantastic education, and is innovative enough to have built an arc reactor and metal suit to escape terrorists while trapped in a cave. Probably the most stylish and suave scientist on this list, Tony does everything in style, which underlies his sheer brilliance.

Portrayed by Ioan Gruffudd in the Fantastic Four films, Doctor Richards is the brains behind the superhero team titled the Fantastic Four. A brilliant scientist with mastery over various streams, Richards was partly responsible for giving his entire team their superpowers and also successfully built a machine that could reverse the conditions of the team members. His scientific brain is par excellence and he is one of the finest scientists to have appeared on screen although the films he appeared in did not hold much favor with the viewers.