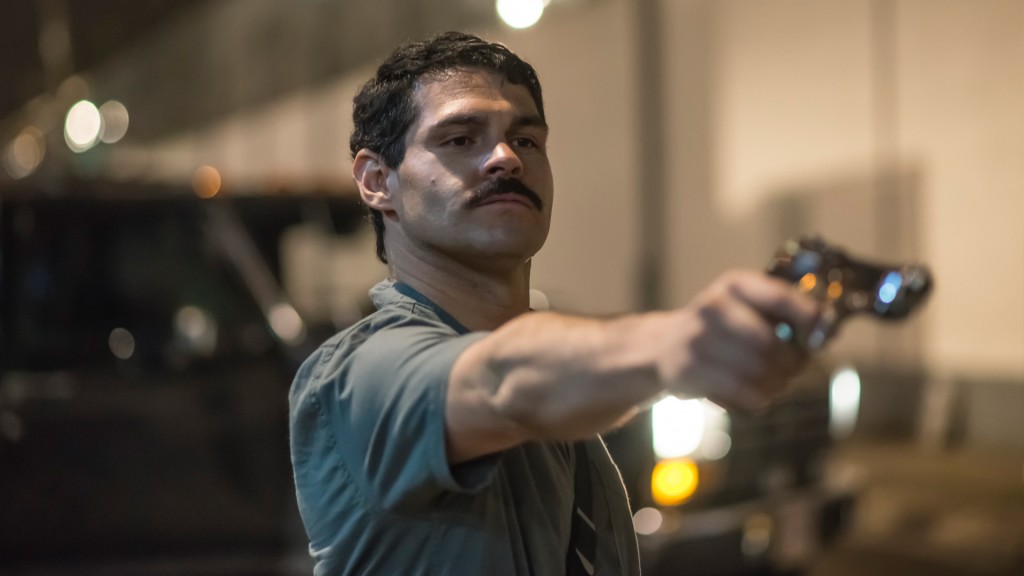 Ever since streaming giants like Netflix and Amazon Prime started producing shows, they have always come up with content which is exciting, revolutionary, and unlike anything television had offered us before. Most of us had heard stories about the Mexican and Colombian drug cartels while growing up. We even knew names like Pablo Escobar and El Chapo. But the idea we had of these people was extremely vague. But after Netflix decided to document the growth of certain South American countries as drug capitals of the world, they brought these characters and stories a lot closer to the general audience through shows like ‘Narcos‘ (201-2017), ‘Narcos: Mexico’ (2018-), and ‘El Chapo’ (2017-2018).

Some of the most notorious drug lords in history were extremely ruthless in their methods and even pocketed influential politicians and law enforcement officials to make their jobs easier. The show ‘El Chapo’ chronicles the life of one such man named Joaquin Guzman, one of the most notorious and violent Mexican drug traffickers ever. Chapo started out as a small-time worker in the Guadalajara cartel and later became the kingpin of the Sinaloa cartel. Marco de la O portrays the character of Guzman in the series. If you enjoyed watching this gripping series and would like to watch shows treading a similar path, then you have come to the right place. Here’s the list of best shows similar to ‘El Chapo’ that are our recommendations. You can watch several of these series like ‘El Chapo’ on Netflix, Hulu or Amazon Prime. 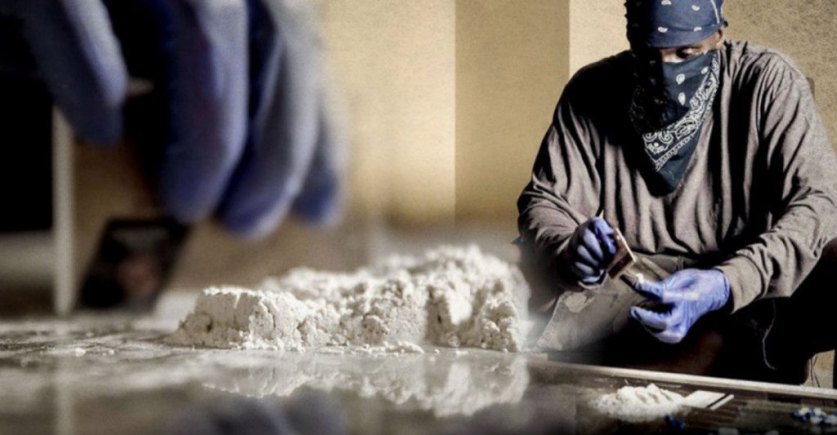 If you want details about the drug industry from insiders of the business and law officials who are involved in tracking them down, then ‘Dope’ is a must-watch show for you. It is a docuseries which looks into the drug business from very close quarters, interviewing real-life drug peddlers, smugglers, police officials, and drug users about the business. The show also highlights the extreme violence and loss of lives involved in the drug business. 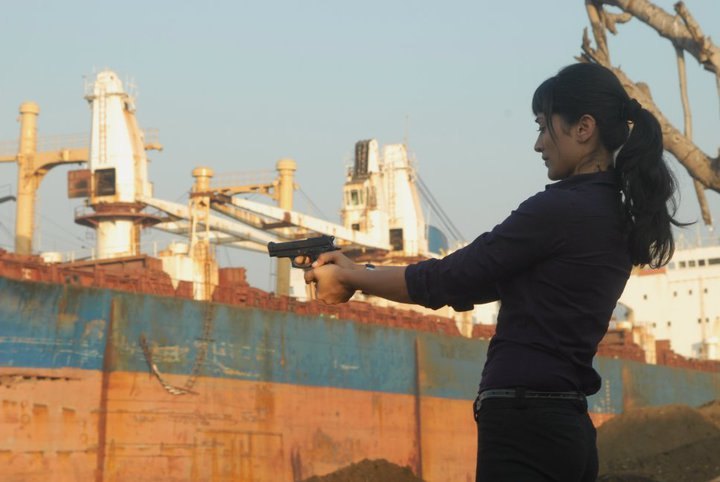 ‘Powder’ is a fictionalized account of the drug trade in Mumbai, India. The show follows the lives of two people — Narcotics Control Bureau’s Head Usmaan Malik and the kingpin of Mumbai’s drug trade, Naved Ansari. Both Malik and Ansari grew up in abject poverty but chose two completely opposing paths in life. Usmaan tries to nab Naved in any way possible by directly linking him to a drug deal, but there is no evidence which can guarantee Naved’s prosecution. While keeping himself off the police registers, Naved also has to face the various troubles which come as additional baggage in his trade. The show was highly praised when it released but suffered from poor ratings. 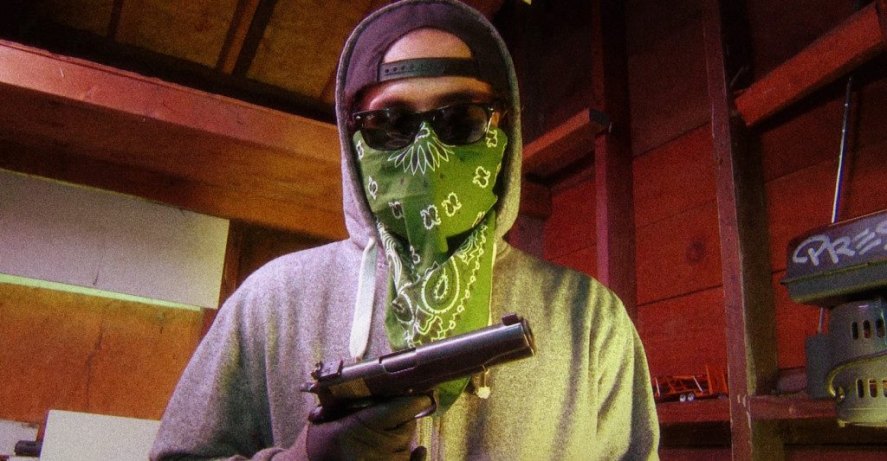 One of the most eye-opening docuseries made in recent times, ‘Underworld Inc.’ gives viewers a close look into various illegal professions and trades that thrive every year in underground markets. Each episode deals with a particular illegal trade. In the first episode of season 1, we are made aware of how the United States is flooded with illegally made and smuggled guns that are brought in from the Philippines in huge numbers. The sex trade is also a part of the conversation. Prostitution is among the oldest of all professions, and here we get to see how women are treated as commodities and traded in the underworld market. Human trade and fake products are among other different illegal trades that find a place in this show. 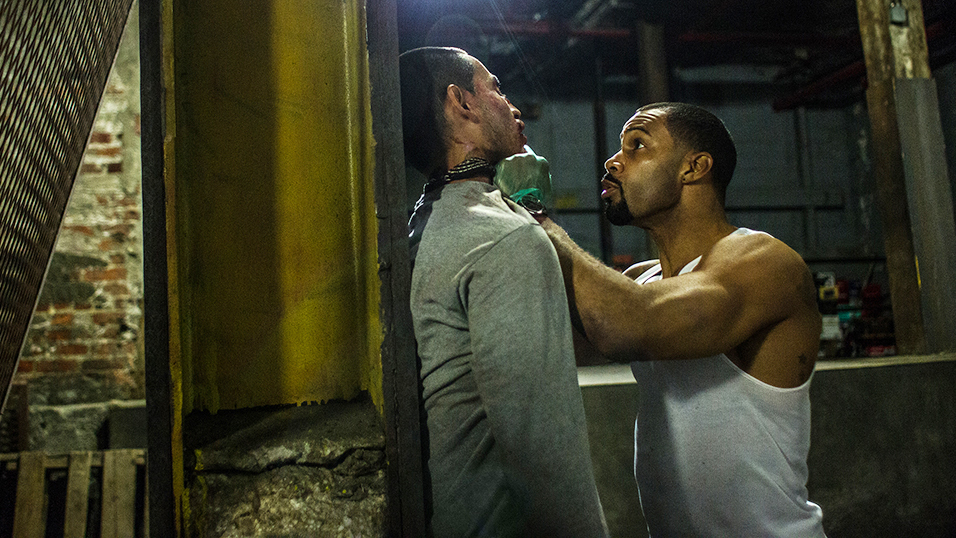 Created by Courtney A. Kemp, ‘Power’ is the story of a crime boss who wants to do away with all his illegal businesses and clear his name from all the crime registers. The series follows the character of James St. Patrick (Omari Hardwick) who is known in the New York underworld as one of the most ruthless drug kingpins. Patrick, also known as Ghost, has a change of heart because his private life suffers immensely as a result of his businesses and he cannot let this continue. The famous rapper 50 Cent plays the role of Kanan Stark, Ghost’s ultimate rival in the business. Though the first season of ‘Power’ received mixed reviews from critics, it took off from the second season. Seasons 2 and 5 boast of a 100% approval rating on review aggregator site Rotten Tomatoes. 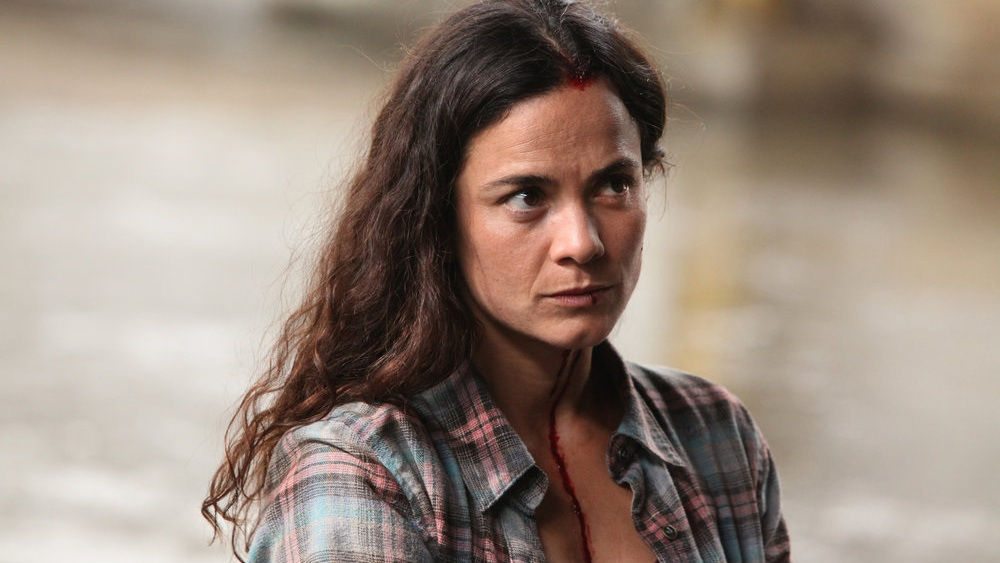 An adaptation of the Spanish TV series ‘La Reina del Sur’, ‘Queen of The South‘ is the story of a Mexican woman who escapes the country when her boyfriend, a drug trafficker, is murdered. She moves to the USA and starts a drug business of her own, slowly becoming one of the most powerful drug smugglers in the western hemisphere. The series has garnered a lot of attention from the audience and has been renewed for a fourth season. Alice Braga plays the leading character of  Teresa Mendoza in the series. Veronica Falcon, Peter Gadiot, and Hemky Madera are other important members of the cast. 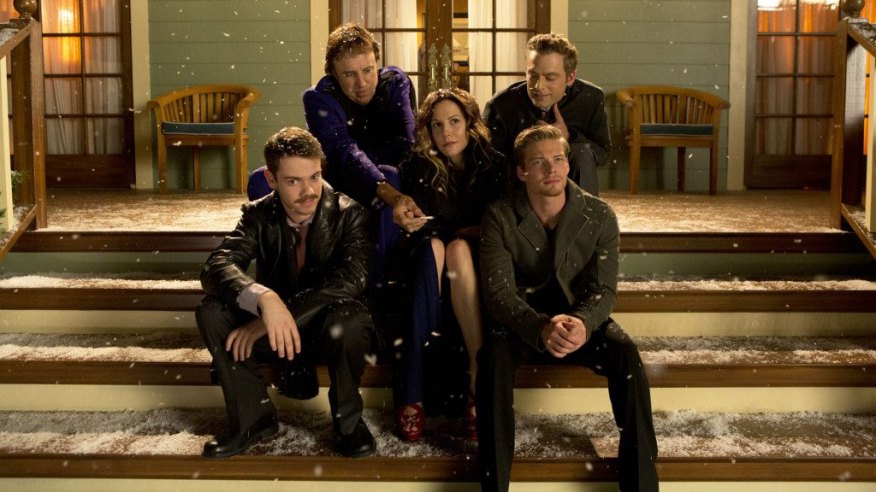 When a family falls in difficult times, what can the mother do but take to selling weed? This is the premise on which ‘Weeds’ begins. It is the story of Nancy Botwin, a woman who has lost her husband and has to take care of her two sons. Botwin starts with selling marijuana to help her family but quickly gets involved in other serious crimes. When Botwin first enters the business, she is surprised by the widespread use of the substance. Many of her neighbors, whom Botwin had presumed to be regular law-abiding citizens, also turn out to be frequent users of marijuana. Mary-Louise Parker plays the lead character of Nancy Botwin in the series. Both audiences and critics have praised her brilliant performance as a drug dealer and a mother at the same time. 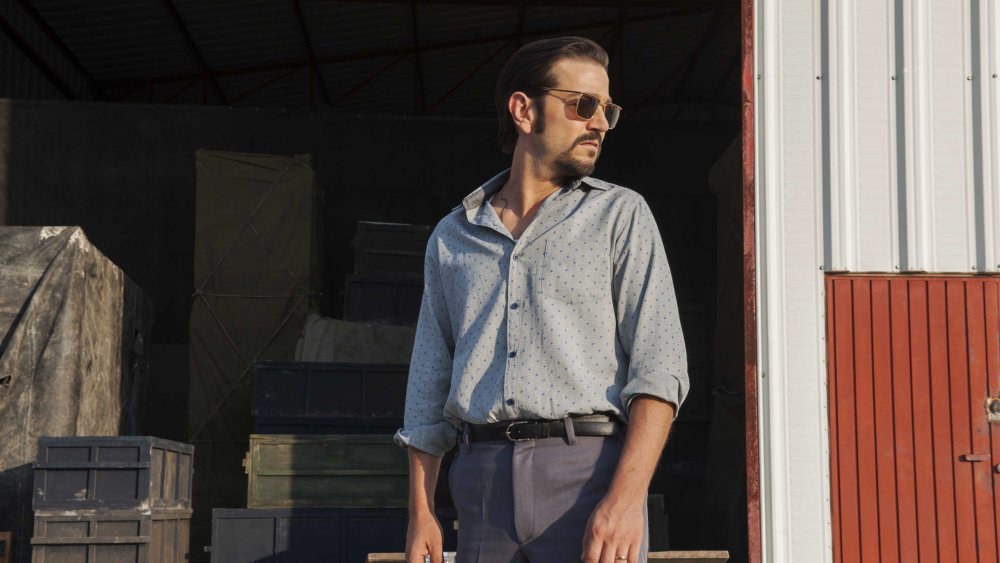 While Pablo Escobar was slowly establishing his cocaine operations, a Mexican drug cartel was taking the market of marijuana by storm. ‘Narcos: Mexico’ chronicles the rise of this Mexican cartel which was based out of Guadalajara. Félix Gallardo (played by Diego Luna) brings all the small cannabis sellers of Mexico under his wing and creates a massive business of growing and transporting weed to the United States. As his powers and connections in the drug world keep rising, Felix decides to venture into cocaine transportation and makes deals with both the Cali and the Medellin cartel to smuggle their products into America. His immense influence naturally brings him to the notice of the DEA. This series is a spin-off of the 2015 series ‘Narcos’. 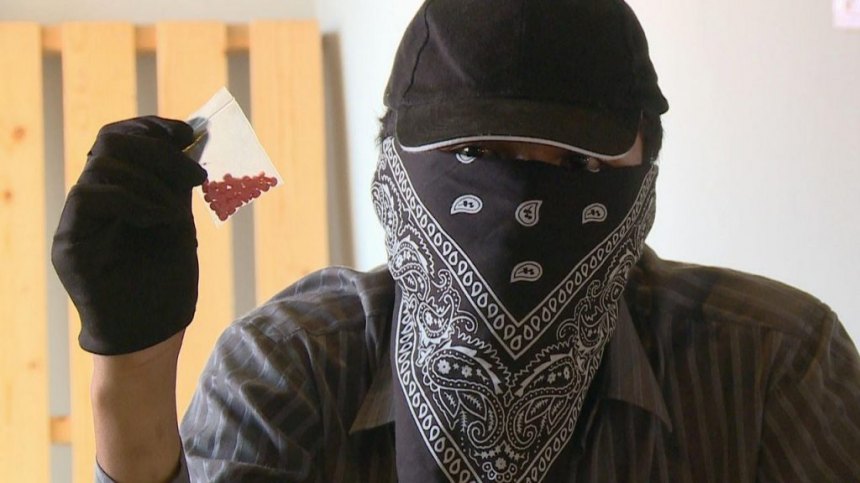 This National Geographic docuseries takes a similar approach to the show ‘Underworld, Inc.’. Here, we are taken through the drug trade across various countries and we also get a look at the production, distribution, and consumption of specific drugs. The first two seasons of the series explains in details the market and supply of a specific drug in each episode. The first season talks in length about the four most popular recreational drugs out there in its four episodes — cocaine, meth, heroin, and marijuana. The later seasons mostly shed light on the drug market based on a city or locality. The number of episodes slowly starts increasing from the second season, which comprises of eight episodes, and goes up to 23 episodes in Season 7. 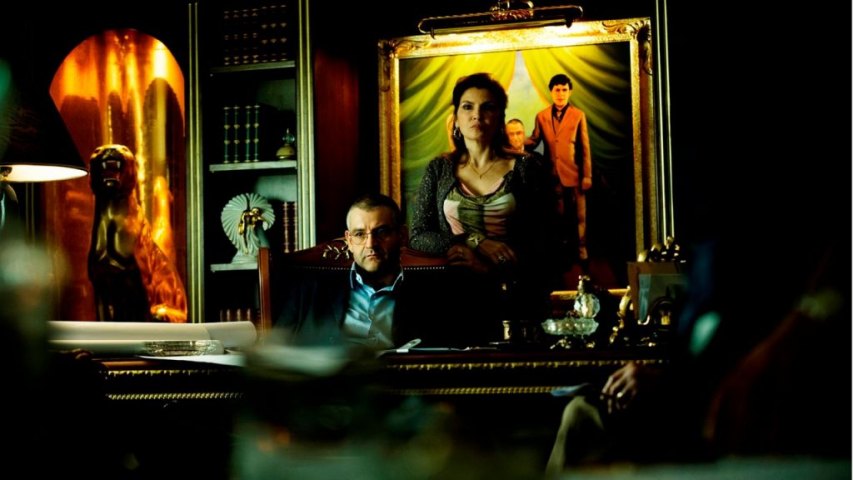 ‘Gomorrah’ is an Italian series chronicling the life of Ciro Di Marzio, a member of the Savastano mafia clan. Ciro is a useful and efficient member of the organization, but his only problem is that he is way too ambitious for his own good. The traditional Mafia families in Italy run by a strict code of conduct and hierarchy, but Ciro wants to evade all of this and become the boss of his organization. This naturally puts his and his family’s lives in danger. The series is well-crafted with masterful direction and inventive cinematography. This character-driven drama has become one of the most popular shows on Sky. 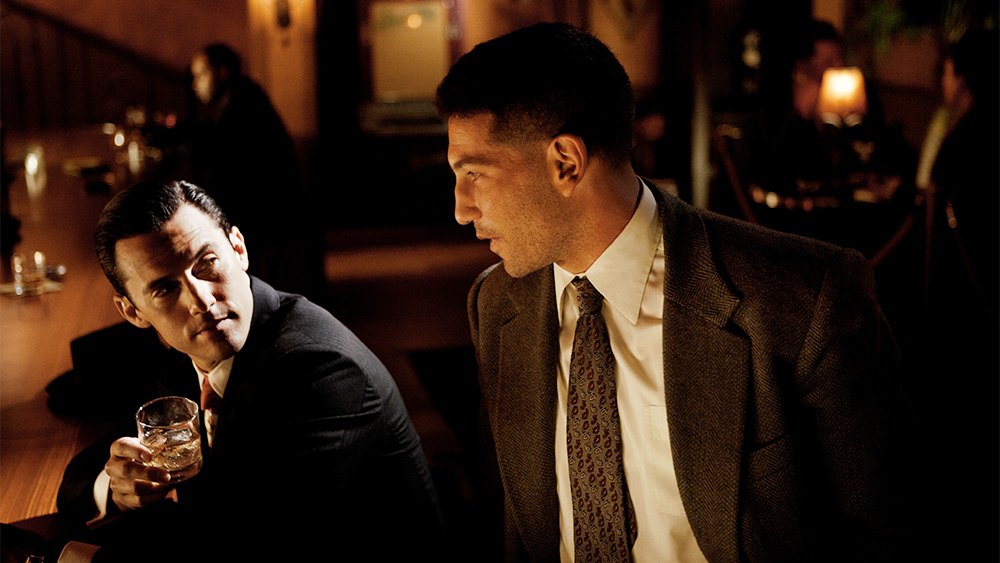 Based on a true story, ‘Mob City’ tells the story of the battle between the Los Angeles Police Department and the notorious gangster and member of the mafia. Bugsy Siegel. The story is set in the ‘noir’ period of Los Angeles, a post-war era where the American economy flourished and Los Angeles became the stomping ground of newly-rich movie stars and businessmen. As a consequence, organized crime soon followed. Siegel is considered the most notorious and ruthless gangster of his time, and his influence not only reached the Los Angeles underworld, but made its way to the police department as well. In the series, we see how the famous LAPD chief William H. Parker tries to take down the mob while facing stiff challenges from Siegel, and his right-hand man Mickey Cohen. 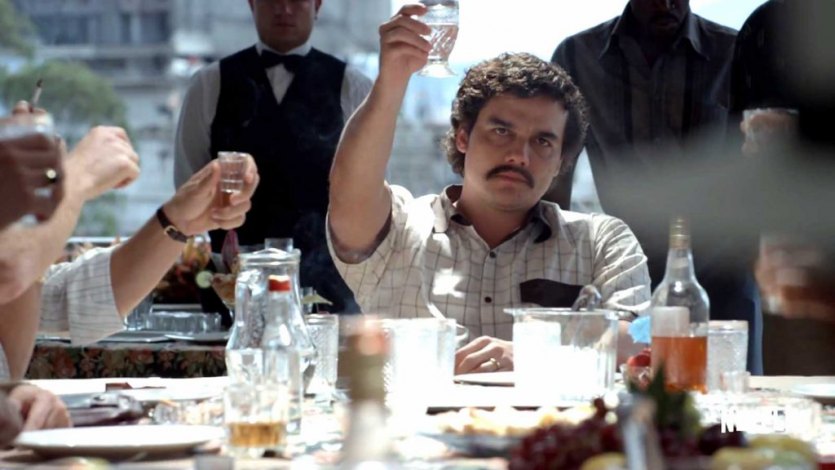 ‘Narcos’ is the first series which brought the stories of the Colombian drug cartels to the mainstream once again. The series comprises of three seasons and covers the rise and fall of two of the most influential and notorious cocaine cartels of all time — the Medellin cartel, led by Pablo Escobar, and the Cali Cartel, led by a family popularly known as the Gentlemen of Cali. DEA agent Javier Pena (Pedro Pascal) becomes the character connecting both stories.

The series shows the true nature of the drug cartels of Colombia, as organizations that do not care what the authorities say. To give you an example, Escobar does bat an eyelid before taking a courthouse under siege to burn documents which could lead to his persecution. He bombs an entire plane just to kill one individual. All three seasons have received unanimous critical acclaim. Brazilian actor Wagner Moura’s performance as Pablo Escobar can easily be classified as one of the best in recent television history.