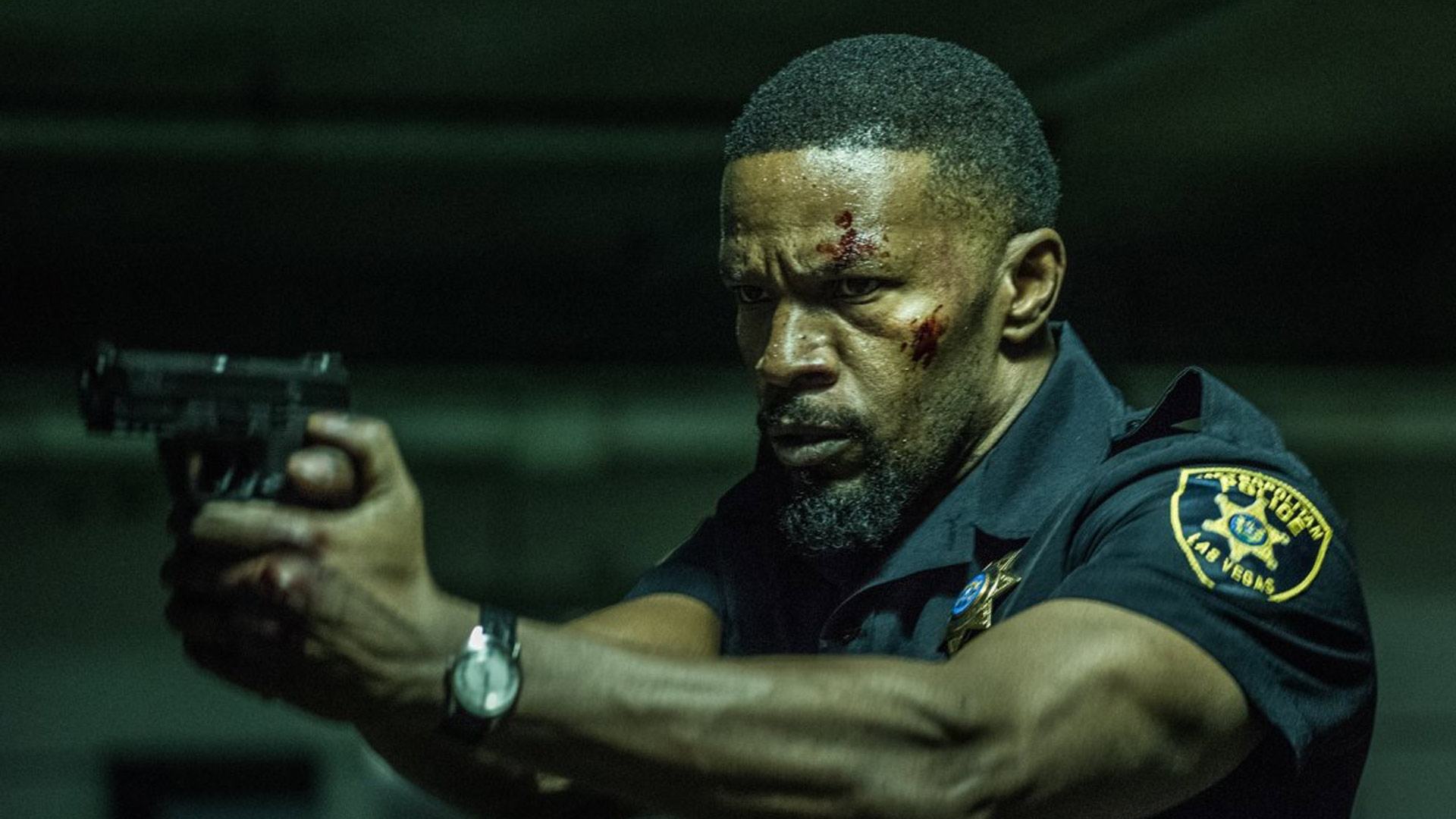 Directed by German filmmaker Baran bo Odar, the dirty cop suspense thriller ‘Sleepless’ unfolds a fast-paced cat and mouse chase in a universe where truth is not always what it seems. Mostly taking place in an exotic casino in Las Vegas, the story follows seemingly corrupt police officer Vincent Downs as he takes down the hornet’s nest. While not the best in its class, an impressive performance by a cast led by famed actors Jamie Foxx and Michelle Monaghan keeps the boat afloat. As the story is brought to a conclusion, there remain some glaring questions and loopholes that need to be revisited. If you cannot get your head around the final moments of the film, consider us your ally. SPOILERS AHEAD.

The film begins with an adrenaline-filled car chase sequence, as police officers Sean Cass and Vincent Downs track down a drug handoff. The car they were chasing crashes, and as the police officers lay their hand on the package, another car stops at the scene. A shootout erupts between the policemen and the masked and armed goons that get down from the car. However, police sirens sound at a distance, and the goons escape the scene. In the next scene, we meet hot-headed but honest internal affairs officer Jennifer Bryant, who is the talk of the town following a nasty encounter with a criminal.

The package that the officers picked belongs to casino owner Stanley Rubino who intends to sell it to a mob boss named Rob Novak. Vincent is eager to jump on the case of what looks like a hit-and-run due to his own involvement with the incident, while his partner Sean tags along. But they are not the only ones running the case, as Bryant and her superior officer Dennison are also involved from the internal affairs department. Bryant and Dennison grow suspicious of Vincent, and Bryant feels that Vincent is hiding something.

Vincent is also trying to save a failing marriage with Dena, who is recently re-engaged, we are told. Busy in his police work, Vincent was never present for his wife and son, and he tries to recompense by taking his son Thomas to the soccer game. However, Thomas is kidnapped by Rubino’s men on the way while Vincent is stabbed. Taking the cocaine package from Sean, Vincent heads towards the Luxus Casino to retrieve his son while Bryant and Dennison follow him.

Vincent decides to hide most of the shipment on the rooftop of the bathroom and takes the rest as proof to Rubino. After seeing that his son is okay, Vincent goes back to the bathroom to retrieve the drug packages, but Bryant has reached the scene before him. Convinced that Vincent is a dirty cop, she moves the packages to a safe place in a locker in the women’s spa. In an ad-hoc decision, Vincent presents packages of sugar to Rubino, but Novak uncovers the ploy. Rubino’s henchmen re-capture Thomas, but Vincent lays low. 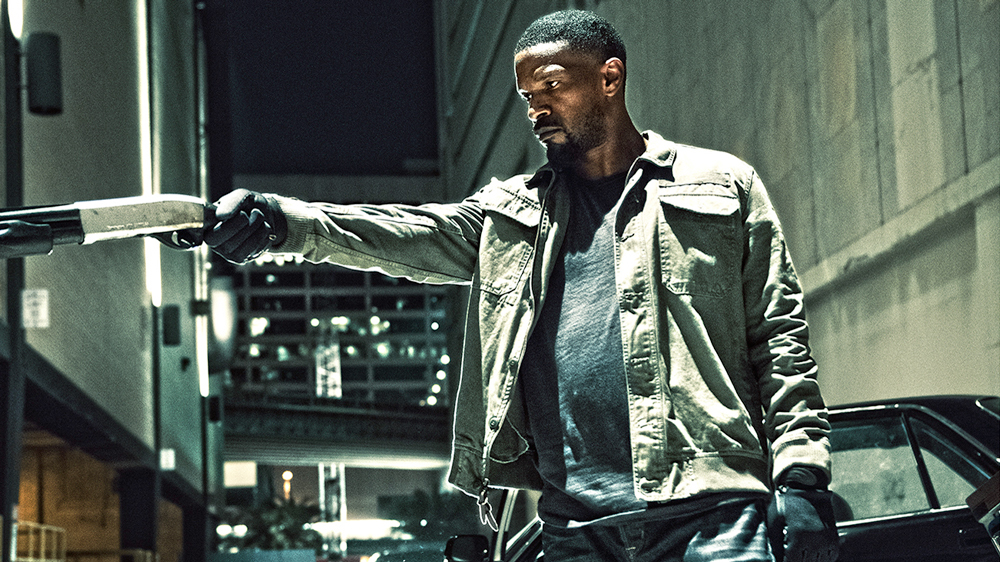 Dennison gets the impression that Vincent has run away, and he convinces Bryant to go home and get some rest. However, Vincent and Bryant cross paths, and a cat-and-mouse game ensues. They end up in a fight, and Vincent cuffs Bryant in one of the hotel rooms after disclosing that he is working undercover. Bryant is still suspicious and quick to call Dennison. After getting the location of the drugs from Bryant, Vincent goes to the locker room, while Dennison follows him.

The drugs are not there, but the two end up in a nasty fistfight. Vincent meets Cass in the parking lot, but Novak’s men shoot Cass. Dennison is the rat that Vincent is looking for, and he makes sure that Cass is dead. In the climactic moment, Vincent and Thomas attempt to drive through the mayhem but are stopped by Novak. Dena arrives on the scene, and a gripping final shootout unfolds in the basement. Bryant and Dennison become heroes by capturing Rubino, but Bryant is yet to learn Dennison’s true identity.

There is the hell-raising Russian thug Novak and the comparatively lesser evil Rubino. But unarguably, senior Internal Affairs agent Dennison is the chief antagonist in the plot. In the scene where Bryant and Vincent engage in a battle, Vincent discloses to her that he has been working undercover for the Internal Affairs department for the past two years. The objective of his mission is to find the high-ranked official who is covering up for the drug mafia. Later in the plot, we realize that Dennison is the man in question. 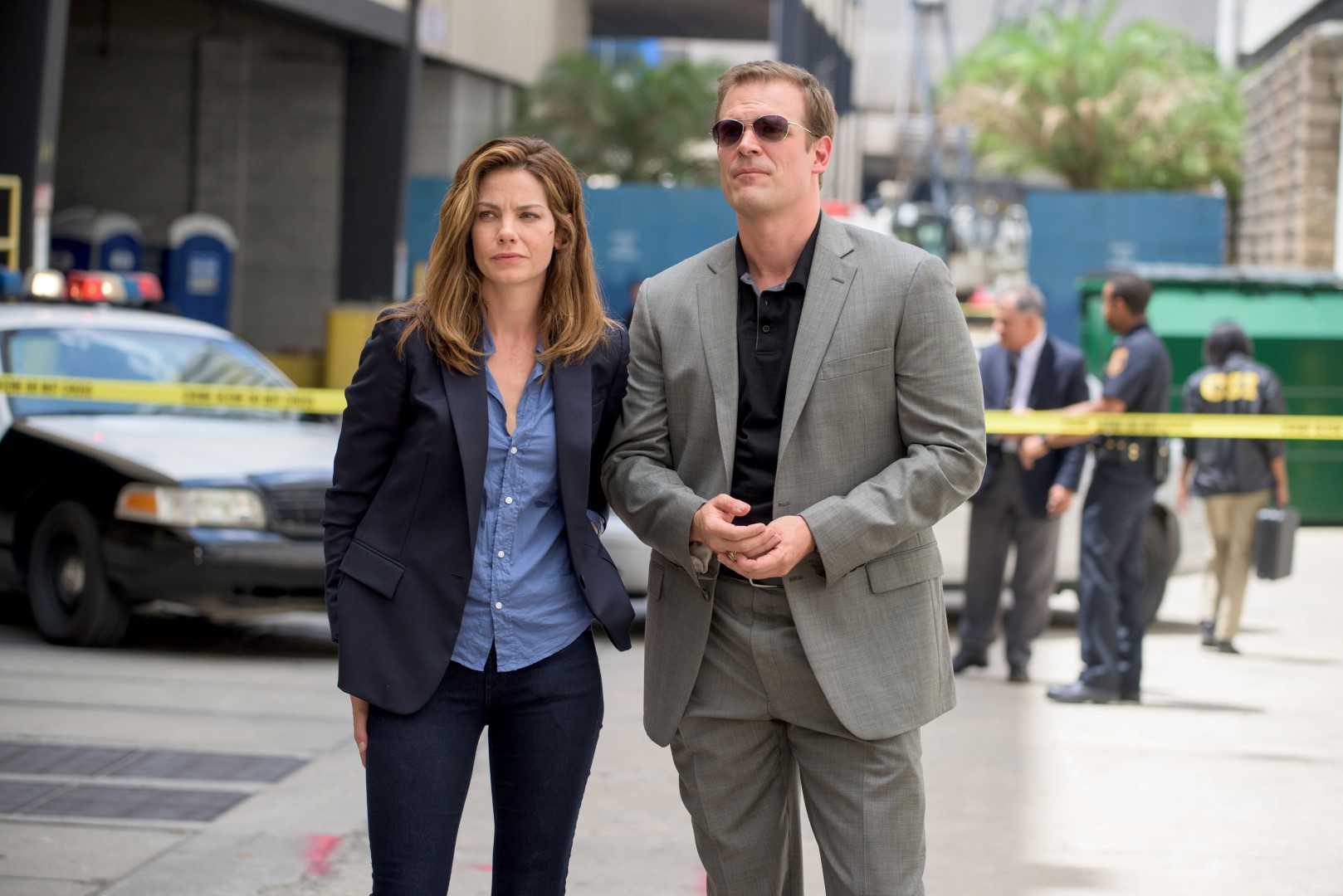 In the elevator scene, Dennison is threatened by Novak, and we get the idea that Dennison receives a regular paycheck from the Novak family for his involvement in the cover-up. He appoints Vincent’s partner Sean Cass, who runs drugs on the side, to kill Vincent. Vincent knows that his partner transports drugs for Novak, so that is not a shocker. However, Vincent is unsure how Cass gets to know that he is working undercover, but one of the henchmen shoots Cass down before he can harm Vincent.

Later, when Dennison and Bryant investigate the bodies, Dennison suffocates Cass, who is still alive at the time. Seemingly, Dennison kills Cass to cover up his end, as Cass being alive would take the investigators directly to Dennison, and his operation would get jeopardized. Bryant and Dennison catch the limelight by capturing Rubino, but Dennison is unable to conceal his identity to Bryant, who receives a call from Vincent on their way back to the custody.

Vincent plays a tape that Dennison had sent to Sean Cass, and Bryant attempts to shoot Dennison following the discovery. But the diabolical Dennison pulls the trigger first, effectively putting a bullet in the three other passengers — Bryant, Rubino, and the patrolling police officer who is at the wheel. Why on Earth Dennison shoots the driver of the car should be a question, but it’s more likely that it was a muscle response.

The car goes off the rails, spectacularly rolls over, and crashes. Police arrive at the scene, and Dennison tries to sell them the story that it was Rubino who caused the mayhem, until, to his dismay, Bryant crawls out of the car. And the expression on his face is priceless. The ending suggests that Dennison is put behind bars, but that is not the end of police corruption, as a final epilogue shows a DEA agent taking care of unfinished business in the basement.

Do Vincent and Bryant Make Amends?

Bryant is suspicious of Vincent from the beginning, and even the audience is led to think that Vincent is a bad cop. But as the story progresses, we as the audience are bound to empathize with Vincent’s relentless quest to save his son from the clutches of the drug mafia. In due time, we get to know that Vincent is actually a good cop on an undercover mission sanctioned by the Internal Affairs department, the objective of which is to find out the mole inside the police department.

In the end, Vincent succeeds in spotting the mole, who is none other than Bryant’s superior officer Dennison. While Bryant is suspicious of Vincent from the very beginning of the film, and her handling of the drugs ultimately sets the real action in motion, she has come to recognize her faults in the final moments. Vincent gets injured by Novak, while Bryant gets shot by Dennison, and they both end up in the same hospital. Both survive, and the final hospital scene sees the rivals making amends.

Where Are the Drugs?

This question should pop up in the viewers’ minds since we don’t really know the whereabouts of the drugs after it is seen in the locker room. To recapitulate, Bryant takes the drugs from the bathroom rooftop, hides them in a locker room nearby, and hands over the keys to Dennison before her encounter with Vincent outside the elevator. When Vincent goes back to the locker room, the drugs are gone.

The most probable answer to the question is that Dennison has taken the drugs to a safe place, where the Novaks can access them. But if we are to give it more thought, the drugs don’t even matter in the bigger narrative. The drug package is what film critics would call a McGuffin, an object conjured up to take the story forward. The object is a trigger for the plot, but it does not actively influence the course of the narrative.

Read More: Is Sleepless Based On A True Story?