Where Was Sleepless Filmed? 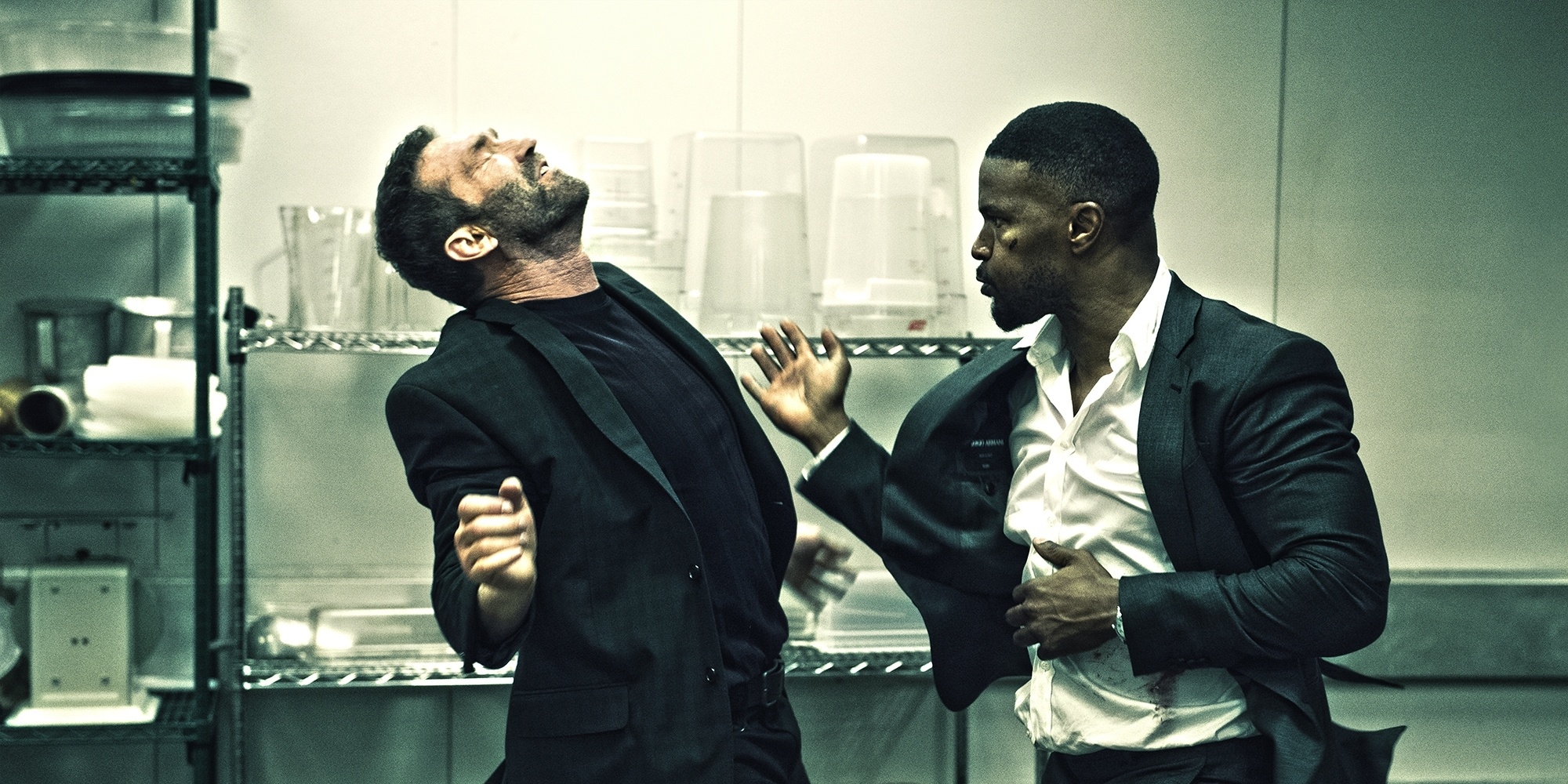 Helmed by German filmmaker Baran bo Odar, ‘Sleepless’ is a crime drama film that takes the viewers into the drug-laden streets of Las Vegas to unfold the story of an undercover policeman fighting for the life of his son, who is kidnapped by the nefarious drug mafia Novaks. Based on the shaky premise, the drama employs many choreographed fight sequences and cat and mouse chase scenes. Quite predictably, it ends with a showdown where all hell breaks loose.

While the film does not showcase much innovation and makes use of the tried and tested formula of action thriller films, competent acting by a stellar cast with Jamie Foxx in the lead makes the film worth a spin. While the story is set in Las Vegas, you may be wondering where the film was actually shot. Well, in that case, we have you covered.

‘Sleepless’ was filmed in its entirety in the US, especially in Georgia and Nevada. Filming commenced on June 15, 2015, and went on for weeks, after which the project went into post-production. Let us now take you to the specific locations where the film was shot.

While the film is set in the Las Vegas Strip, the director chose to film the majority of the indoor sequences in the Georgian capital city of Atlanta due to budget constrictions. The Luxus Casino of the film is not a real casino that can be located in the Las Vegas Strip. The crew reportedly created the casino from scratch in a controlled environment down by the Hartsfield-Jackson Atlanta International Airport, located at 6000 North Terminal Parkway.

Some of the outdoor scenes were also filmed in and around the city. At the beginning of the film, Vincent’s son Thomas is kidnapped by the thugs sent by casino owner Stanley Rubino. The scene was filmed near Underground Atlanta, a shopping complex located at 50 Upper Alabama Street.

Additionally, the production crew filmed some crucial segments of ‘Sleepless’ on Chamblee Tucker Road and Marietta Street near the business district of Fairlie-Poplar.

The film is set in Las Vegas, which is made clear through a series of establishing shots placed throughout the film. As the film revolves around the crime-infested casino industry of Sin City, the director had to visit the place to make the connection clear.

At the beginning of the film, officers Vincent Downs and Sean Cass chase a car to find the shipment of drugs. The car chase sequence was shot near Binion’s on East Fremont Street.

Later in the story, we meet police detective Jennifer Bryant in a police precinct, while Vincent convinces his superior for the case to be handed to him and his partner. The Las Vegas Department of Building and Safety, a governmental office complex situated at 333 North Rancho Drive, served as the police precinct in the film.

Vincent’s wife Dean works at a hospital, where wounded Vincent and Bryant are taken to at the end of the film. The hospital sequences were filmed in the Valley Hospital Medical Center, a major for-profit hospital located at 620 Shadow Lane in Las Vegas.

Vincent goes to the Luxus Casino to rescue his son. He can be seen driving his car through the South Las Vegas Boulevard. Moreover, a few wide-angle shots capture the city in its night-time glory.

Read More: Is Sleepless Based On A True Story?