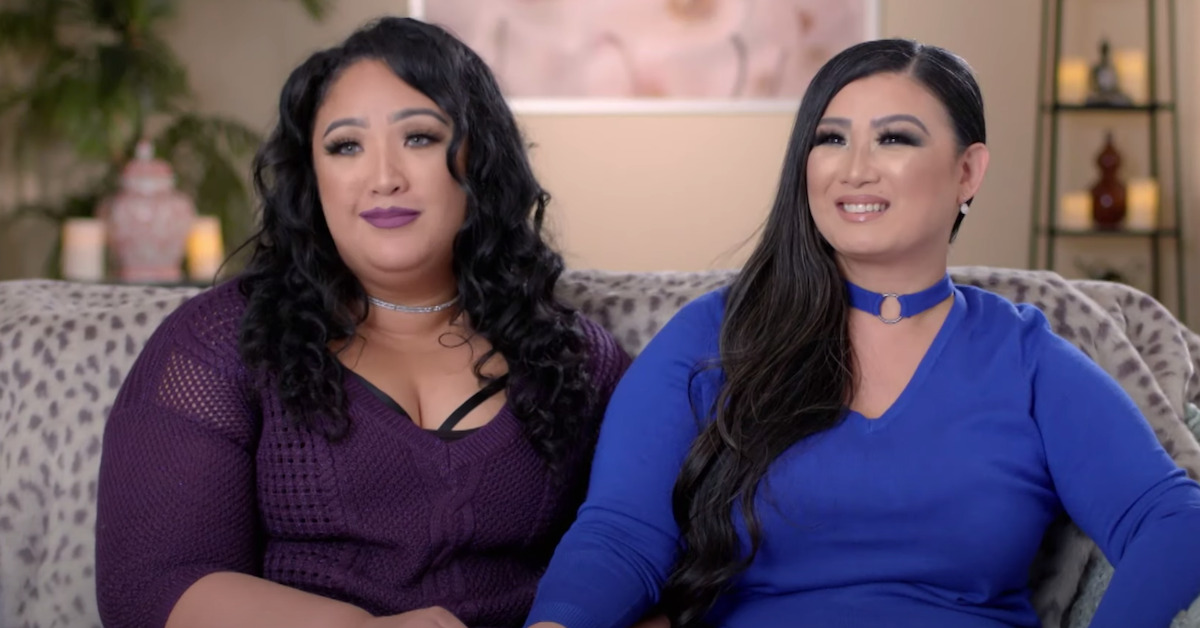 When you think of a mother-daughter relationship, you imagine the warmth and comfort that the bond provides. But do you know that sometimes some people take these relationships to a whole another level? Well, TLC’s ‘sMothered‘ explores some of the questionably close mother-daughter bonds. The reality show lets us into the lives of the duos that share almost every other aspect of their life, so much so that you might consider it to be crossing all sorts of limits. Nevertheless, the drama and uncomfortable intimacy shared by the pairs make for an entertaining watch.

The mother-daughter duo of Sunhe Dapron and Angelica Michaux has been a regular feature of ‘sMothered’ since the first iteration. The Las Vegas-based ladies live under the same roof and share almost everything, including their bath water. Such an extremely close-knitted relationship is bound to make fans eager to know more about them, and here is all the information we have about Sunhe and Angelica.

Sunhe Dapron lives with her daughter, Angelica Michaux, under the same roof in Las Vegas. Not only do they share the same bed sometimes, but surprisingly, they even tend to share the same bath water, as mentioned above. Sunhe seemingly works in the beauty industry as a cosmetics manager at AMOREPACIFIC. In a June 2019 interview with the New York Post, she and Angelica addressed the elephant in the room and said that sharing the same bath water was an act of trust. “People want to find something wrong in a relationship when they don’t understand it,” said Angelica. “But my mom and I are close. There’s nothing wrong with it.”

Sunhe’s excessive love for Angelica dates back to her daughter’s college days. When the latter moved to Virginia to attend college, her mother might not have moved into her dorm, but she migrated to Georgia to be closer to her. She used to drive five-six hours every couple of weeks to meet and greet Angelica. Moreover, Sunhe played a vital role in her daughter’s relationship with Jason as she tagged along on the couple’s dates. Although he was still married to his estranged wife, he had been in a relationship with Angelica for years.

When Jason popped the question during the season 1 finale of ‘sMothered,’ Sunhe interfered and ensured they didn’t get engaged as he was still legally wed. However, after the divorce was official, she gave them her approval and blessings to go ahead with their engagement. The rocky start to Sunhe and Jason’s relationship faded to the background with the birth of Amara, her granddaughter. In fact, the little girl has brought the mother-daughter duo even closer than before. In the second iteration of the reality show, Sunhe reconsidered her long-distance relationship with Brett and by the time season 3 aired, he proposed to her, and they got engaged.

Everything We Know About Angelica Michaux

Angelica Michaux has been living with her mother, Sunhe Dapron, in Las Vegas for as long as she can remember. As mentioned before, she went away to Virginia for college, one of the very few times she was away from her bathwater-sharing mother. Although Angelica is educated, very little is known of her professional life. As for her personal life, she had been dating Jason for several years before he finally popped the big question to her in the finale of the first season.

Later, the couple went on a vacation, where Angelica disclosed that she was pregnant with Jason’s baby. A few months after filming the season 1 finale, the couple welcomed a beautiful little girl, Amara, on June 10, 2020. Even months after being engaged and parents to Amara, the couple seemingly hit some rough patches when it came to taking the next step. So, although no wedding date has been set yet, the couple is reportedly still together.

After Amara’s birth, not only did Angelica and Jason come closer, but the mother-daughter bond also grew stronger as Sunhe helped the couple raise the baby. The family seems to be in a healthy and good place as they celebrate several festivals and birthdays with happy faces. Hence, although the duo of Angelica and Sunhe is far from the conventional mother-daughter relationship, we wish them nothing but the best for the future.