Snatch Ending, Explained: Who Gets the Diamond? 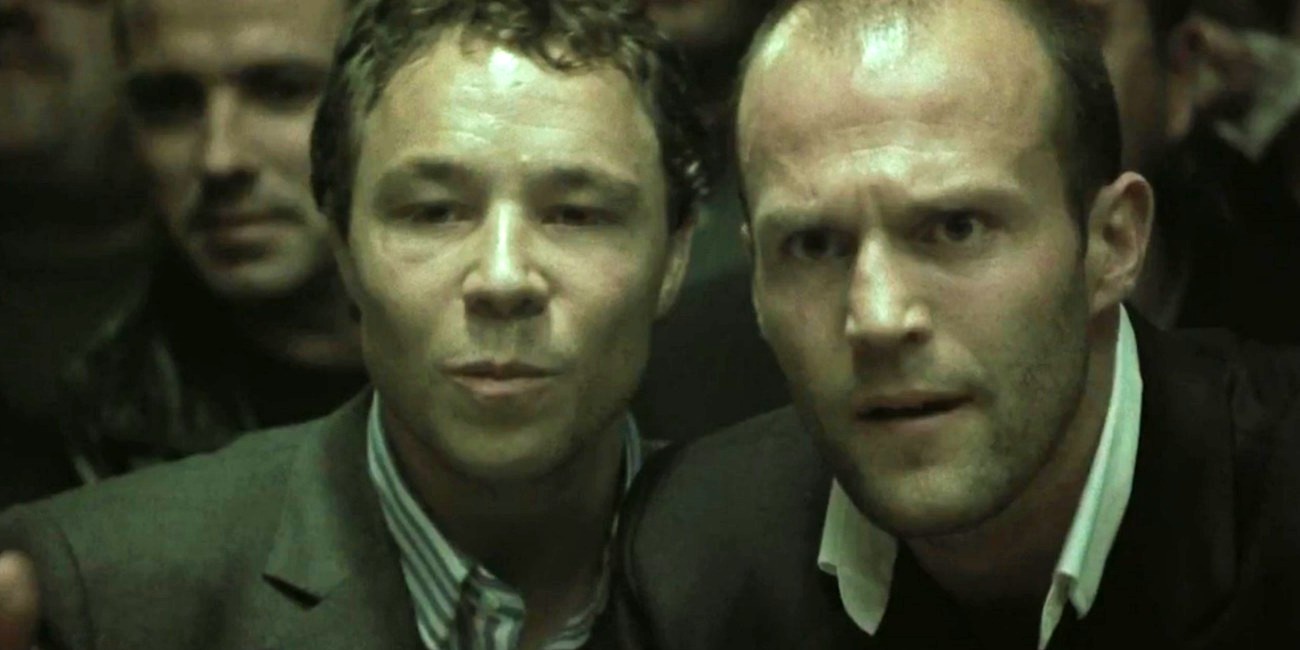 Directed by Guy Ritchie, ‘Snatch’ is a 2000 crime comedy film that deals with the intertwined stories of a diamond thief and an unlicensed boxing promoter who both find themselves under pressure from powerful gangsters in London. As a race to retrieve the stolen diamond ensues, the boxing promoter tries to escape the wrath of a ruthless gangster after a series of errors.

The hilarity of the characters’ situations is juxtaposed against severely violent and sadistic acts making the plot difficult to follow. With a surprising twist ending, both the storylines merge into one, leaving viewers to ponder some of the characters’ fates. If you are looking for answers about the ending of ‘Snatch,’ here is everything you need to know! SPOILERS AHEAD!

‘Snatch’ opens with thief Franky “Four-Fingers” (Benicio del Toro) stealing an 86-carat diamond from a secure facility in Antwerp. He then proceeds to London, hoping to hand over the diamond to dealer Doug “The Head,” an acquaintance of his associate Cousin Avi. However, a Russian associate of Franky tips off arms dealer Boris “The Blade” about the diamond in Franky’s possession. Meanwhile, an unlicensed boxing promoter, Turkish (Jason Statham), is approached by gangster “Brick Top” (Alan Ford) to organize a fight. He proposes that Turkish pit his boxer “Gorgeous George” against one of his boxers so he can profit from the bets. Turkish reluctantly agrees. 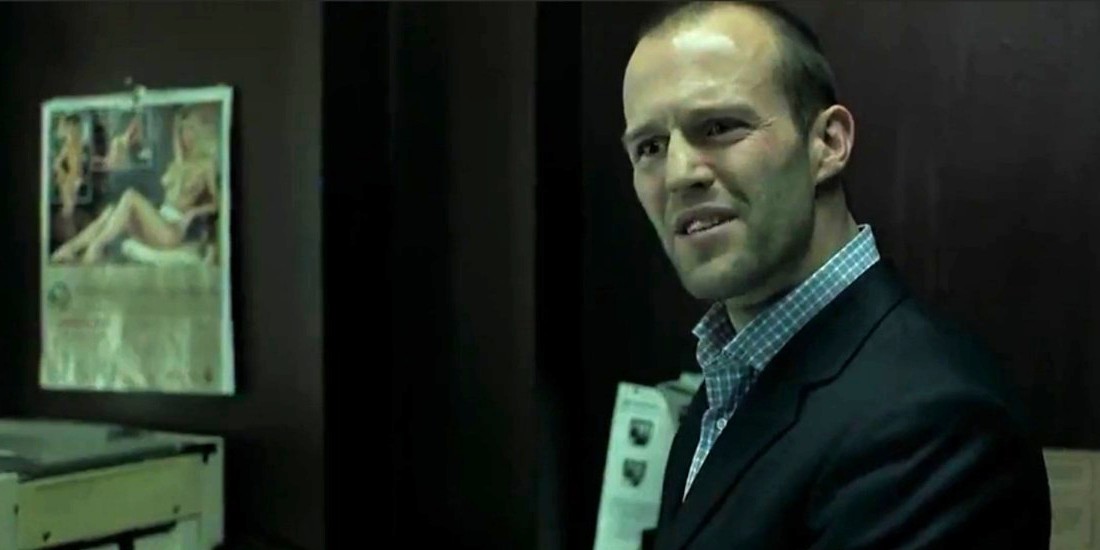 After the deal with Brick Top, Turkish sends his business partner, Tommy (Stephen Graham), and Gorgeous George to purchase a caravan for their business. Tommy and Gorgeous George arrive at an Irish Travellers’ caravan colony. During the deal, Gorgeous George is challenged to a fight and is knocked out cold by bare-knuckle boxing champion Mickey O’Neil (Brad Pitt). Gorgeous George is injured and unable to fight in the bout set up by Turkish. Thus, Turkish is forced to find a replacement and decides to get Mickey to fight for him. Mickey agrees on the condition that Turkish buys his mother a new caravan.

Elsewhere, the gambling addict Franky is coxed in by Boris to place a bet for him at Brick Top’s bookies. On the other hand, Boris hires thugs Sol and Vinny to rob Franky while he is at the bookies. Meanwhile, Avi learns of Franky’s trip to the bookies and promptly flies to London to retrieve the diamond himself. Soon, a comedy of errors unfolds as Boris, Avi, and Brick Top all struggle to keep the diamond as it constantly changes hands. Turkish, Tommy, and Mickey inadvertently find themselves embroiled in Brick Top’s schemes and must find a way out.

In the film, during Mickey’s fight with Brick Top’s boxer, he is supposed to throw the fight as the mobster has placed his bets on his won boxer. However, Mickey knocks out his opponent in a single punch leading to Brick Top losing a lot of money. Brick Top steals Turkish’s savings and forces him to convince Mickey to fight again. However, after Mickey refuses to fight, Brick Top burns down his mother’s caravan while she is still inside. Mickey agrees to fight but goes on a bender following his mother’s wake.

Realizing the consequences of Mickey’s actions, Turkish and Tommy attempt to flee to save their lives. However, Turkish quickly realizes Mickey’s plan as Brick Top’s men assemble to kill him. Mickey’s clan arrives and assassinates Brick Top and his gang. As Turkish points out, Mickey has secretly placed a bet on himself and bought time for his clan to kill Brick Top and his men by staying in the fight till the fourth round. In the end, Mickey’s plan works as Turkish and Tommy are free from Brick Top’s tyranny. Meanwhile, Mickey and his clan collect their winning and relocate before the police can track them.

Who Gets the Diamond?

The 86-carat diamond is of interest to several parties in the film. After killing Franky, Boris takes the diamond hidden inside the briefcase attached to Franky’s hand. Meanwhile, Brick Top tracks down Sol, Vinny, and Tyrone and chastities them for trying to steal money from his bookies. However, Sol convinces Brick Top to spare his crew’s life by offering to get him the diamond. Elsewhere, Avi and Doug hire “Bullet-Tooth” Tony to find the diamond.

In the ensuing chaos, Boris is killed, and the diamond ends up with Sol’s crew. Tony and Avi track down the diamond to Sol and his crew’s pawn shop, where it is swallowed by Vinny’s dog, which he had received from Mickey’s clan. Avi tries to shoot the dog but accidentally kills Tony. After failing to retrieve the diamond, Avi returns to the USA. In the end, Sol and his crew are arrested after the police link them to Franky and Tony’s murders. The dog eventually ends up in Tommy and Turkish’s care. The final scene depicts Turkish and Tommy receiving the diamond after visiting a veterinarian and consulting Dough about selling it. The film ends with Avi preparing to return to London.

The obvious implication of the last scene is that Avi is prepared to buy the diamond making Turkish and Tommy rich. Thus, the cycle of violence that starts with Franky stealing the diamond comes to an end. In this cycle, various characters trying to obtain the diamond lose something or the other. For example, Frank, Brick Top, and Boris lose their lives, while Sol and Vinny lose their freedom.

Each person who acts selfishly to gain the diamond fails to keep it. However, Turkish and Tommy are blissfully unaware of the diamond and are only trying to ensure their survival. Despite losing their arcade and savings to Brick Top, Turkish and Tommy gain the most from this cycle of violence. Mickey loses his mother but earns heaps of money by betting on himself. The only person who seemingly escapes consequences is Avi, who apparently gets his hand on the diamond. However, it is likely that after purchasing the diamond from Turkish and Tommy, Avi is arrested by the airport police for possessing a stolen item, explaining the stamping of “The End” on Avi’s passport in the final scene.