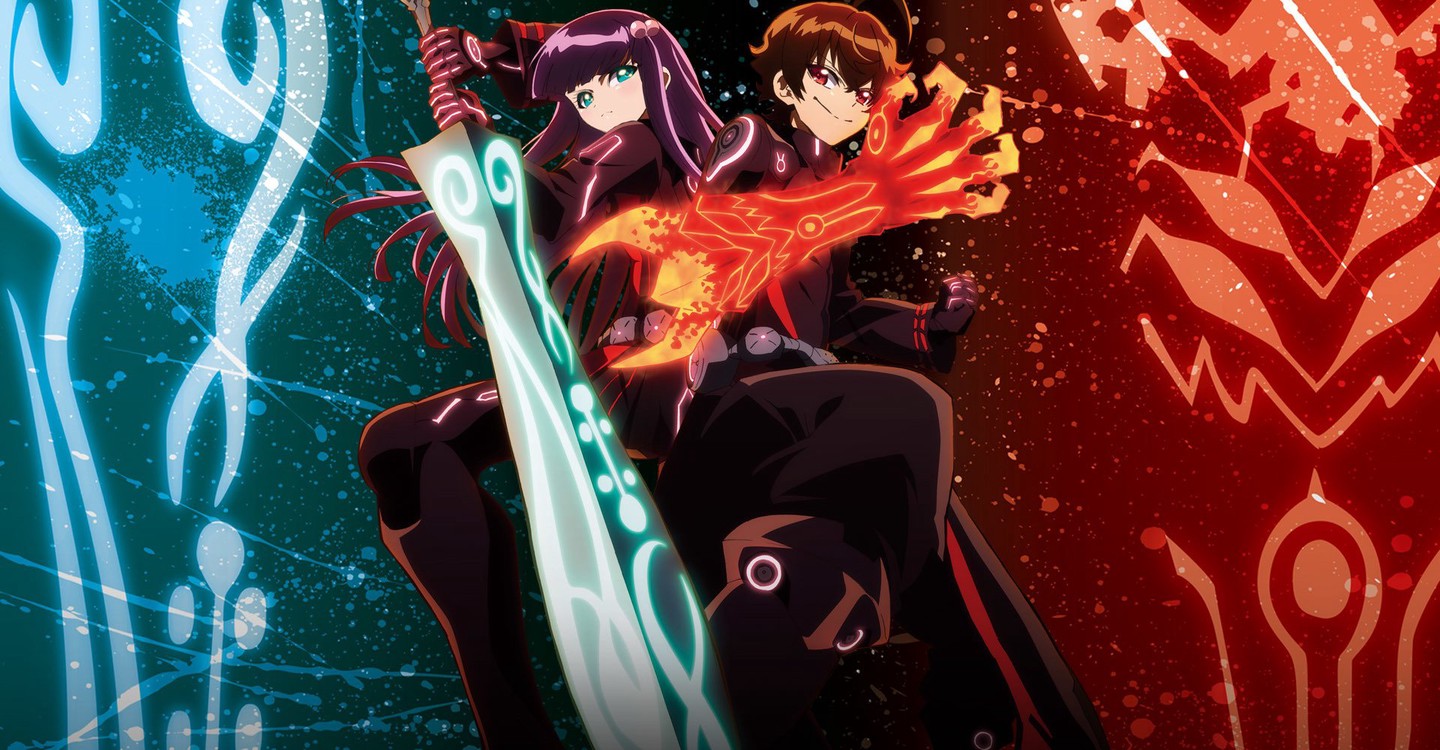 In a world that is full of shounen anime, ‘Sousei no Onmyouji’ does not bring anything new to the table and it is in fact just a combination of pretty much every shounen you have ever seen. It has its own moments of “this looks really good” and then there are these other moments that will just make you go “eh!”. What’s really interesting about it is that the first 20 episodes have been loyally adapted from the manga while the remaining 30 have a truly original story. This uncommon approach may not make it look any different but overall, the experience is quite unique. Since it runs for much longer than most regular anime, like others of its kind, it has some “filler” episodes. The good thing about the fillers in this one is that most of these actually have some relevance to the overarching plot. However, ‘Sousi no Onmyyouji’, I feel, could’ve been a little shorter.

Studio Pierrot is known for producing some of the most well-known shounen shows like ‘Naruto‘, ‘Bleach‘ and ‘Tokyo Ghoul‘. Out of all of these, ‘Sousi no Onmyyouji’ is definitely not one of their best works and while it does have some really good moments, the biggest problem with it is its inconsistency with the quality and colors involved in the art style. The OSTs have a lot of dubstep music in them and though this catches you a little off guard, it actually goes really well with the fight scenes of the show. The music is one thing that could not have been any better and it tends to stay with you even after you’re done watching it. Overall, ‘Sousei no Onmyyouji’ has its own epic moments but then, it also has parts where it completely falls flat and forces a lot of viewers to give up on it.

Twin Star Exorcists Season 2 Release Date: When will it premiere?

‘Twin Star Exorcists’ Season 1 premiered on April 6, 2016 and went on till March 29, 2017 and during this span, the anime released a total of 50 episodes. The manga still gets new volumes from time to time. But the anime’s first season actually ended on a really good note that directs us more towards its end. Though the creators can still divert it a little from the manga and then come up with a whole new season, it just seems to be less of a possibility.

Now it hasn’t been too long since the first season premiered, so there is still hope for a new one. And surprisingly, despite its average rating on most anime platforms, the show actually has a huge solid fanbase of many loyal fans who would love to see more of it. So as of now, with no confirmations from the studio’s end, we can only hope that a ‘Twin Star Exorcists’ season 2 release date could be sometime in 2021. As soon as we receive any confirmed official news regarding its new season, we surely update it right here in this section.

An English Dubbed version of ‘Sousei no Onmyouji’ is available on Crunchyroll and also on Funimation. You can also find an English subbed version of it on the above mentioned streaming platforms.

Deadly monsters, known as “Kegare”, rule a parallel realm known as Magano and this is where exorcists try to deal with these impure creatures. One of these exorcists is Benio Adashino who is a child prodigy widely known for her strength. One day, she is suddenly summoned to the city of Tokyo by an Exorcist Union. Along the way, she runs into another exorcist named Rokuro who has had a very troubled childhood.

Soon after this, the conditions in Magano get even worse and the two girls witness the monsters stealing two children. Benio rushes after them and takes Rokuro along with her into Magano. She dives into a full-fledged battle with the “Kegare” and is completely outnumbered by them. She almost gets on the verge of getting defeated when suddenly, Rokuro reveals his true strength and saves her. He proves that he is no less of an exorcist and may even be her only strongest rival. The two powerful exorcists are destined to become the “Twin Star Exorcists” and also the prophesized parents of Miko who will, in the end, cleanse the world of Magano from all evil forces.

Benio Adashino is the main female protagonist of the series who, along with Rokuro Enmado, is a part of the “Twin Exorcists”. She is a teenage girl with an average height, bluish purple hair and deep green eyes. She is usually seen in her school uniform and her exorcist gear during battles. Like Rokuro’s right arm, she once lost both of her legs during a battle and now uses impurity legs as replacements. She comes off as a very cold person who hates to talk and also gets irritated very easily. But she gets really interested in conversations about exorcisms because it’s the only thing she is truly passionate about. She hates the idea of being defeated and never backs off from an argument.

She gets really competitive around Rokuro as he proves to be her strongest rival. She not only competes with him on the battlefield but in general situations as well. She acts stubborn all the name and never backs out from anything till she wins. She also gets embarrassed way too easily and even faints during situations when she is too embarrassed. She later gets close to Rokuro and becomes really kind towards him. Initially, when she starts liking him, her ego gets in her way of expressing her feelings to him. But later, after she warms up to him, she is able to express feelings of both admiration and jealousy. When it comes to fighting battles, she shows extraordinary speed and power and is also able to amplify the intensity of these by using charms. One of her biggest strengths is that she is the only exorcist who can use six enchantments, all at once. She carries two charm blades with her and along with this, she wears a fox mask on her face.

Rukoru Endamo, also spelled as Rokuro Enmadou, is the main male protagonist of the series who is an exorcist and later becomes a part of the “Twin Star Exorcists” along with Benio. The two of them are destined to have a child who will be the Miko and will eventually remove all evil from their world. Rukoru has a messy hairstyle with dark brown hair and has crimson red eyes like his mother. He lost his right arm when he was 12 but now, he uses a “special” arm as its replacement. Rokuro was once a cheerful young man who would dream of cleansing the world from all the evil monsters. But after some really tragic events, he decides to give up on his power as an exorcist and chooses to live a normal life.

He later tries to find his sense of purpose through other things like playing soccer, reading and even acting. But he soon learns that he simply lacks the talent for all of these and the only thing he is good at is fighting Kagare. Though he is more or less of a pacifist and usually avoids fighting, he can’t just stand by and watch his loved ones getting hurt. He always steps in to save the people who are close to him and is also willing to risk his life for them. He holds a lot of painful memories from his dark past but he never lets this reflect on his exterior.