Summer Job Season 1: Where is the Cast Now? 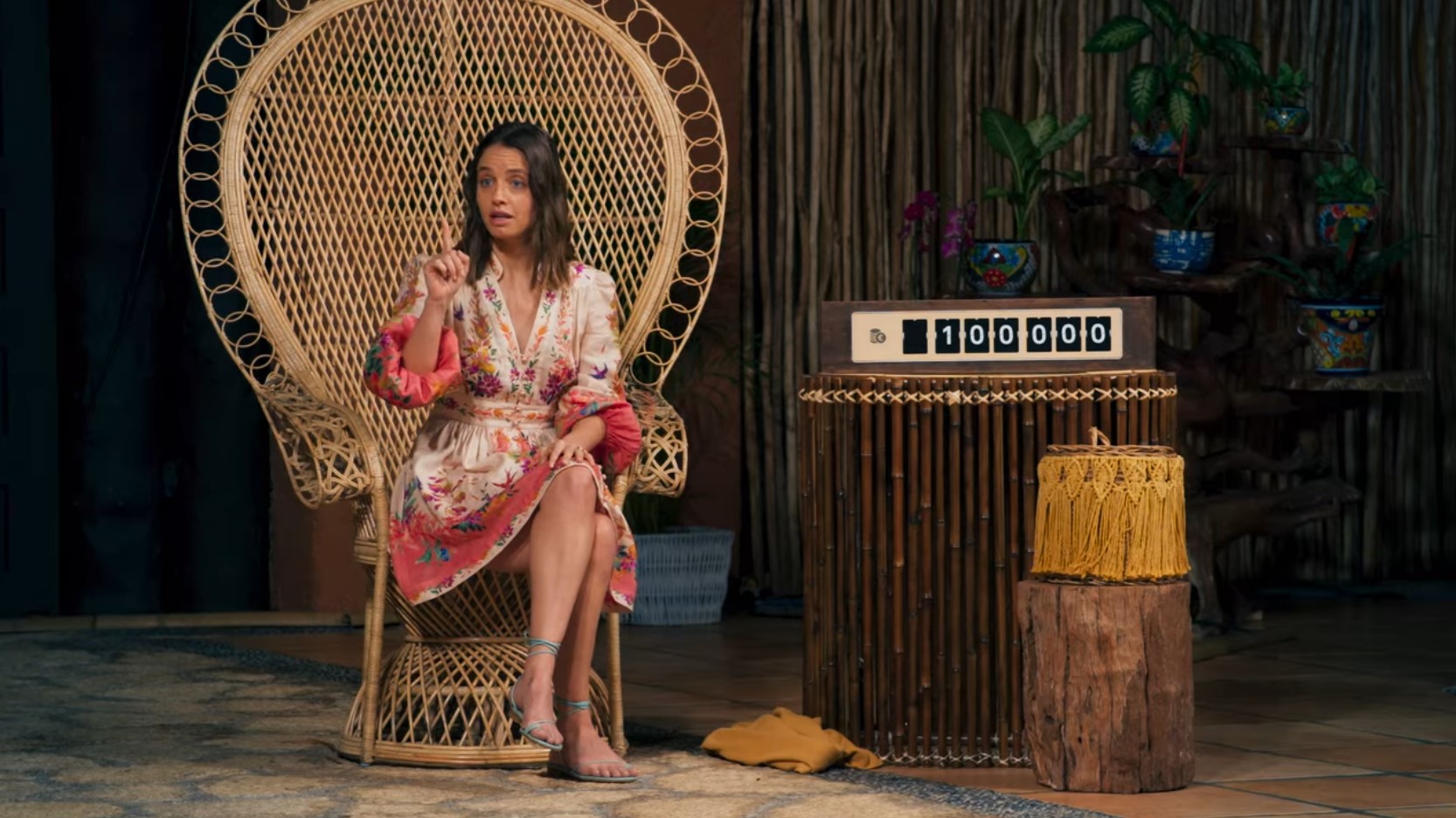 Netflix’s ‘Summer Job‘ is an exciting reality show that brings together a group of affluent but spoilt young adults with a promise of a luxurious vacation in Mexico. However, the participants soon learn that they must involve themselves in summer jobs to earn their place in the competition. At the end of each week, the cast receives a paycheck from their respective bosses, which, if empty, might lead to elimination. Eventually, the last one standing is crowned the winner and offered a significant amount of prize money.

Season 1 of ‘Summer Job’ had some pretty enjoyable moments and introduced us to a diverse cast from the country of Italy. We even got to witness how people who hadn’t worked for a day in their lives adapted to the situation and went so far as to earn commendations for their commitment. Nevertheless, with the cameras now turned away, fans are naturally eager to find out where the cast is at present. Well, fret not because we come bearing answers!

Where is Sofia Carollo Now?

A 20-year-old from Centocelle, Rome, Sofia Carollo, was pretty disappointed once she learned how summer jobs would spoil her vacation. In fact, her lack of commitment led to her boss sending her home early on her first day. However, the initial setback forced Sofia to take the competition seriously. To everyone’s surprise, she took on more responsibility, worked on herself, and eventually emerged as the winner.

As far as her current whereabouts are concerned, Sofia still resides in Centocelle and remains pretty close to her loved ones, especially her mother and grandparents. Moreover, she mentioned that she was going to use the lessons she learned on the show to help her mother run the family. While current developments indicate that Sofia is currently single, she has maintained a close bond with her castmates and even works as a model from time to time.

Where Is Pietro Fanelli Now?

When introduced, Pietro mentioned that he was on earth to appreciate the beauty of nature and not waste time doing something he did not like. That was the exact reason he despised jobs and hadn’t worked for a day in his life. Surprisingly, over the course of the season, Pietro realized that he was pretty good at taking up responsibility. However, he seemed to lose the drive toward the end and failed to make it into the top 4.

Once filming of the season wrapped up, Pietro eased back into his everyday routine. Currently, he seems to be enjoying life surrounded by his friends and loved ones. He maintains a limited presence on social media. Nevertheless, we are happy to report that Pietro currently earns a living as a model and has been taking on more responsibilities in his life.

Where Is Melina DeMacedo Now?

Interestingly, Melina seemed to possess the highest drive among her castmates and was quite dedicated to her jobs. However, she lacked team spirit and quickly became a common adversary once people realized how difficult it was to work with her. Eventually, she even isolated herself from the group, but once the chase arose, people voted Melina out at the end of week 2.

Currently, Melina has returned to her life in Turin, Italy, and appears to be enjoying it to the fullest. From the looks of it, she has shared no development on the professional front. However, the young woman clearly loves to travel and often indulges in photography. Moreover, Melina has also maintained a solid bond with her co-contestants.

Where Is Matthias De Dona Now?

Initially unwilling to take on jobs like most of his castmates, Matthias soon realized the value of hard work once his bosses began appreciating his efforts. Moreover, he even started developing a connection with Sofia, although that broke down when Matthias revealed he was seeing someone outside of the show. Surprisingly, he developed a lot throughout the course of the season.

Matthias went so far as to earn his castmates’ trust and come out as bisexual. Besides, he even made it into the finale but was eliminated in the fourth position. At present, Matthias resides in Veneto, a small town near Treviso in Italy, and is pretty close to his family. He earns a living as a blogger and loves to keep his fans updated by sharing regular personal and professional updates on social media.

Where Is Pietro “Pit” Martinii Now? 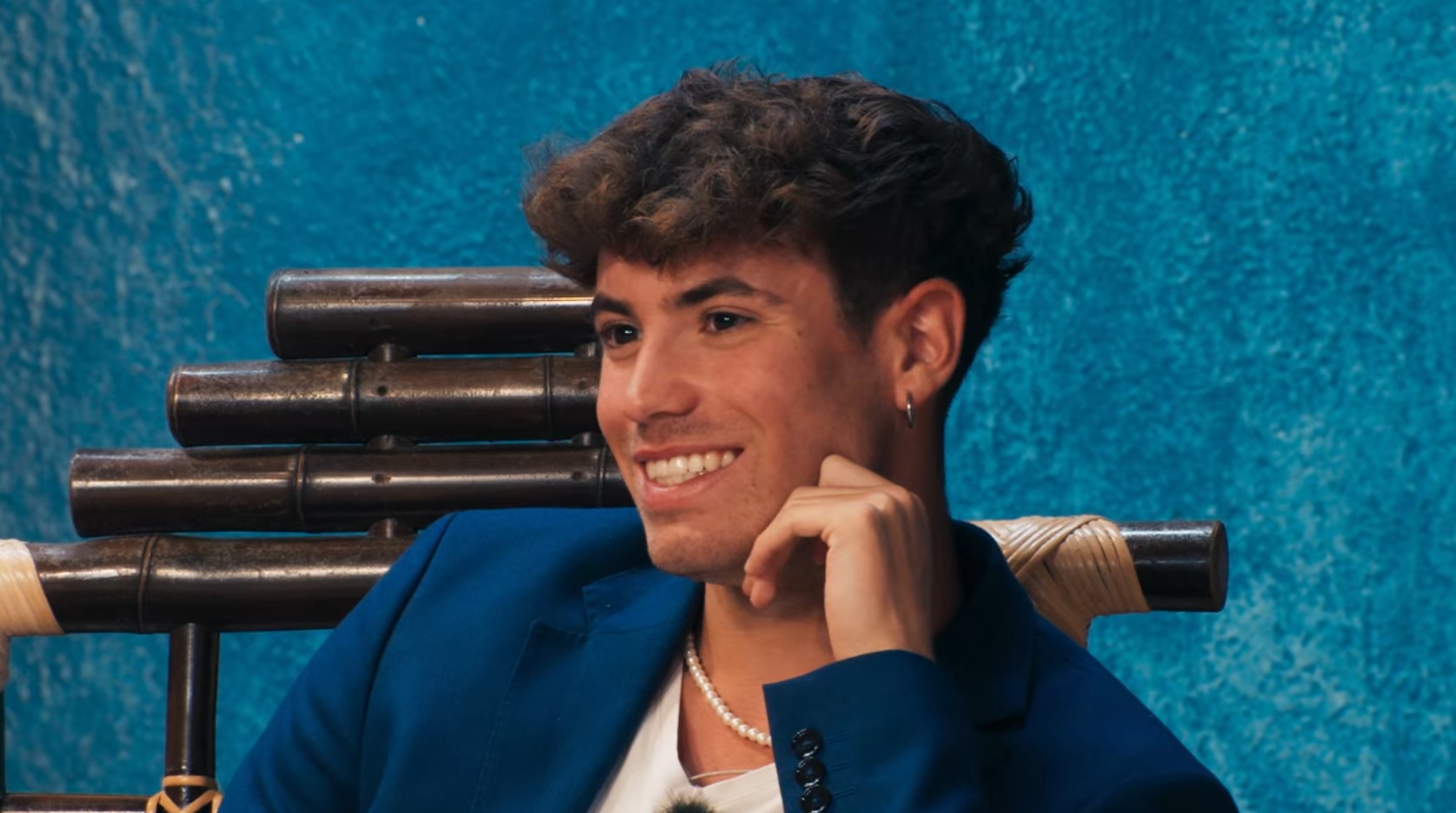 Initially, all Pit wanted was to have a lazy vacation and get involved in a steamy summer romance. However, he did not hesitate to take on the challenge and tried hard to impress his bosses. Since Pit hadn’t worked a day in his life, he naturally made quite a lot of mistakes during the early days. But as the season progressed, the 21-year-old began accepting more responsibility and showed a lot of commitment.

Unfortunately for his fans, Pit prefers complete privacy over his life, making his current whereabouts quite unclear. Moreover, even though he and Sofia developed a heartwarming relationship on ‘Summer Job,’ recent developments indicate that they are no longer together and have gone their separate ways.

Where Is Gian Marco Caggiari Now?

Much like his castmates, Gian was only interested in enjoying a luxurious vacation during the initial few days and was quite critical of the bosses. However, he gradually learned to take more responsibility and even realized that he liked to put effort into earning something, much to his surprise. However, his efforts, unfortunately, fell short at the end of week 3, and he was promptly voted out. Currently, the native of Sardinia resides in Milan, Italy. Besides, he completed a course in fashion design from the Istituto Marangoni and presently earns a living as a designer.

Where Is Marina Asinti Now?

From the beginning, Marina made quite a few adversaries in the vacation house, as some believed she was not cut out for a real job. However, Marina accepted the challenge and proved everyone wrong through her determination and perseverance. In her journey on the show, she made quite a few mistakes and faced numerous scoldings.

Despite that, Marina refused to give up and made her way into the finals before getting eliminated in third place. Although she currently prefers to keep her whereabouts under wraps, we do know that she is 20-years-old and has been enjoying life surrounded by her friends and family in Italy. Moreover, Marina maintains a close bond with her ‘Summer Job’ castmates and is seemingly an avid traveler.

Where Is Lavinia Polizzi Now?

While Lavinia entered the show dreaming of a luxurious break, she was determined not to give up once the going got tough and was pretty dedicated to her work. Although her inexperience and incompetence made her face several obstacles and scoldings, she eventually made it through and established herself as a promising contestant. Meanwhile, Lavinia even shared a wonderful relationship with Samuele Mastrangelo, and the two were inseparable throughout the season.

Currently, Marina resides in Milan and takes on occasional modeling jobs. She also loves to keep her admirers updated through regular posts on social media and maintains a close bond with her co-contestants. However, we are sorry to infer that a lack of reports on Marina’s dating life, coupled with the apparent absence of a special someone from her posts, makes us believe that she and Samuele have since gone their separate ways.

Where Is Angelica Brattoli Now?

While Angelica Brattoli seemed very enthusiastic about taking on the challenge to impress her bosses, her inexperience and occasional lack of commitment ruined her experience. Eventually, at the end of the first week, Angelica hoped her boss would give her a second chance. To her disappointment, her paycheck remained empty. As a result, she was the first to be voted out of the show.

At present, Angelica resides in Milan, Italy, where she has built up a wonderful life surrounded by family and friends. Moreover, apart from earning a living as an artist, she works as a social media influencer and is associated with Villa Ciardi, a wedding venue in Bisceglie, Italy.

Where Is Samuele Mastrangelo Now?

Arguably, Samuele Mastrangelo was the one who developed and changed himself the most throughout the season. The son of volleyball legend Luigi Mastrangelo, Samuele initially came across as a spoilt 19-year-old who despised work and only wanted to spend a few days in luxury. In fact, in the beginning, Samuele had no idea of proper workplace etiquette, as he often talked back to his bosses and failed to turn up in the appropriate uniform. However, with time, he changed his outlook on the situation and began focusing on his growth and development.

Surprisingly, Samuele even went on to impress the bosses as he received several golden paychecks for outstanding commitment. In the meantime, he also developed a close relationship with Lavinia, and fans believed they would stand the test of time. Currently, Samuele resides in Cuneo, Italy, and has been making a living as a bitcoin trader. Although he hates to be bossed around by anyone, Samuele managed to take away a few valuable lessons from his experiences on ‘Summer Job,’ and we wish him the best for his future.

Where Is Martina Tobanelli Now?

Although Martina passed the trial and got a chance to join the ‘Summer Job’ cast in episode 6, it did not take her much time to make acquaintances and build new friendships. Moreover, apart from trying her best to impress her bosses, Martina even began gravitating toward Pietro Fanelli, who seemingly reciprocated. However, at the end of week 5, Martina failed to carry out her duties at the wedding planning company and was given a blank paycheck, leading to her elimination.

Unfortunately, at present, Martina prefers to keep the details of her personal life under wraps. Having said that, it seems like she and Pietro have split up. Moreover, being part-Argentinian, Martina currently divides her time between Italy and Argentina while earning a living by taking on occasional work as a promoter.